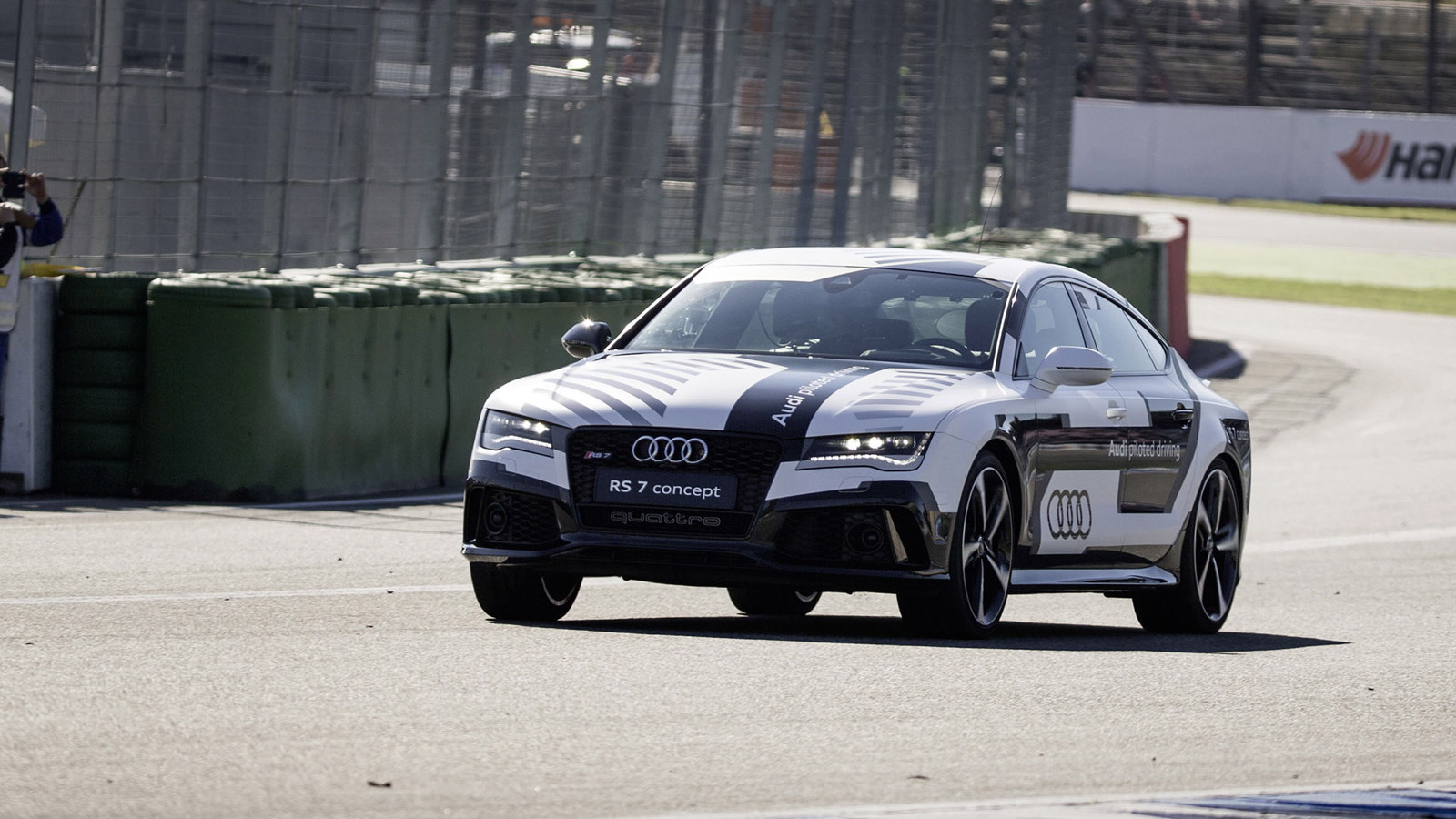 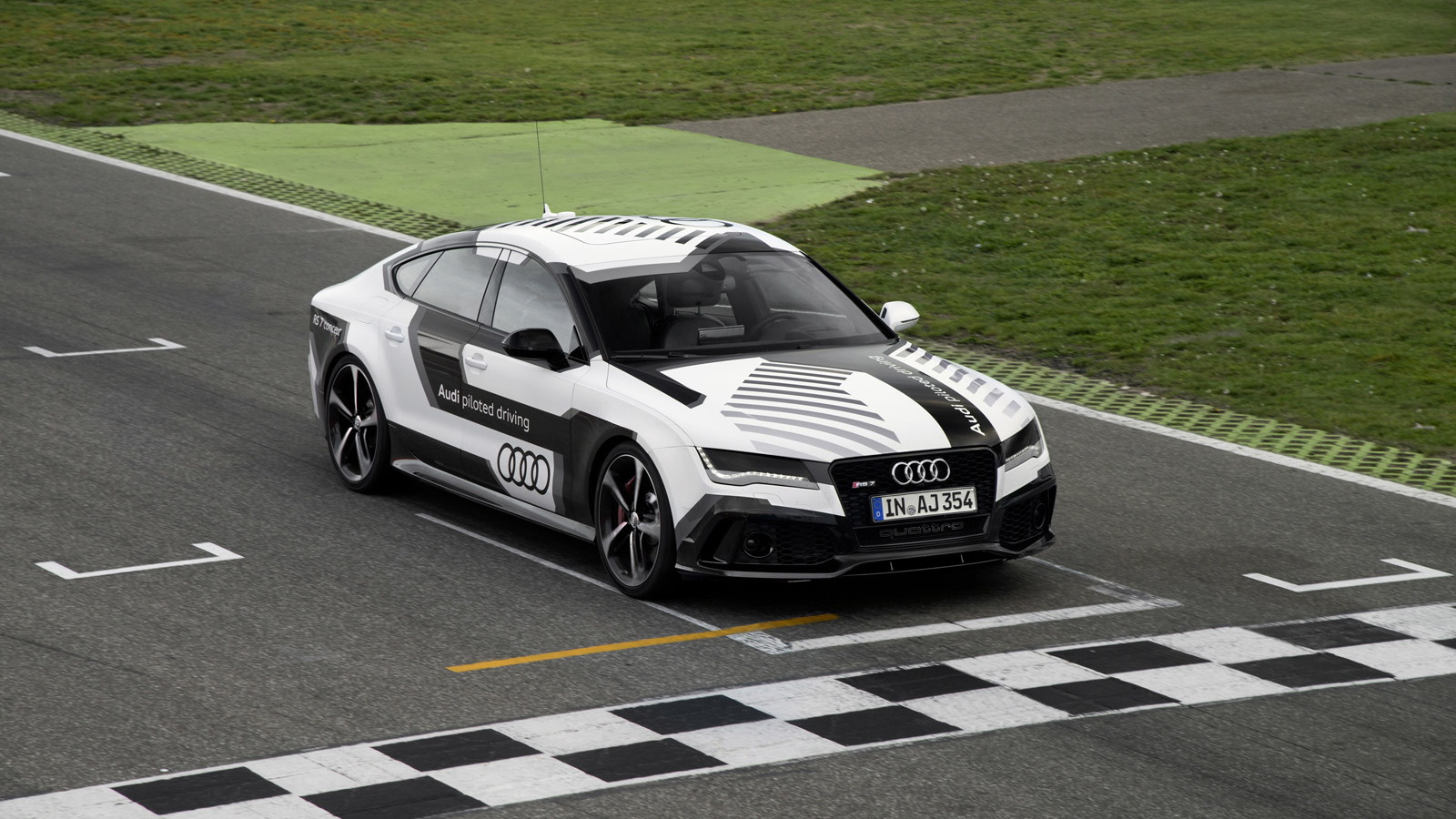 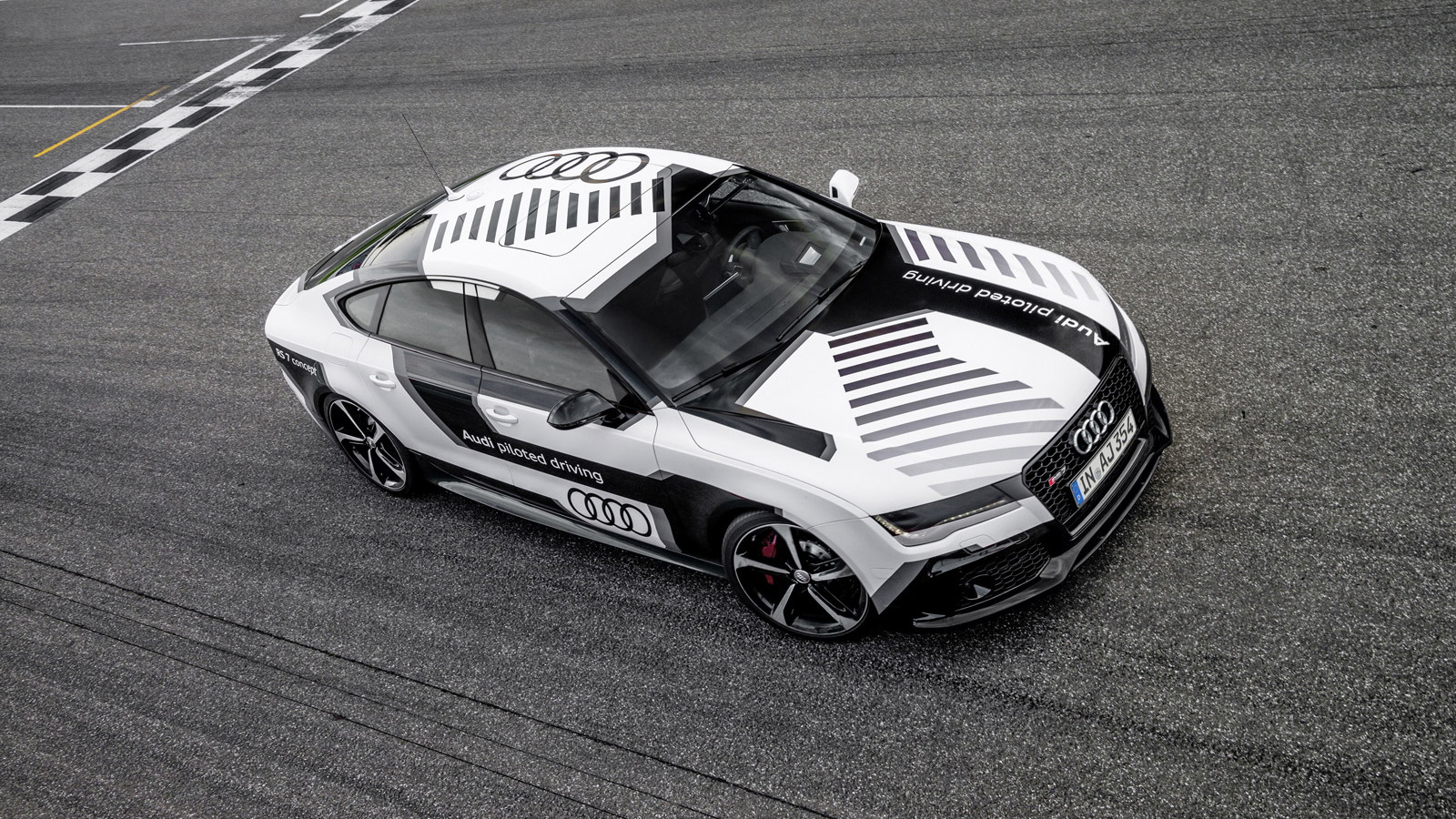 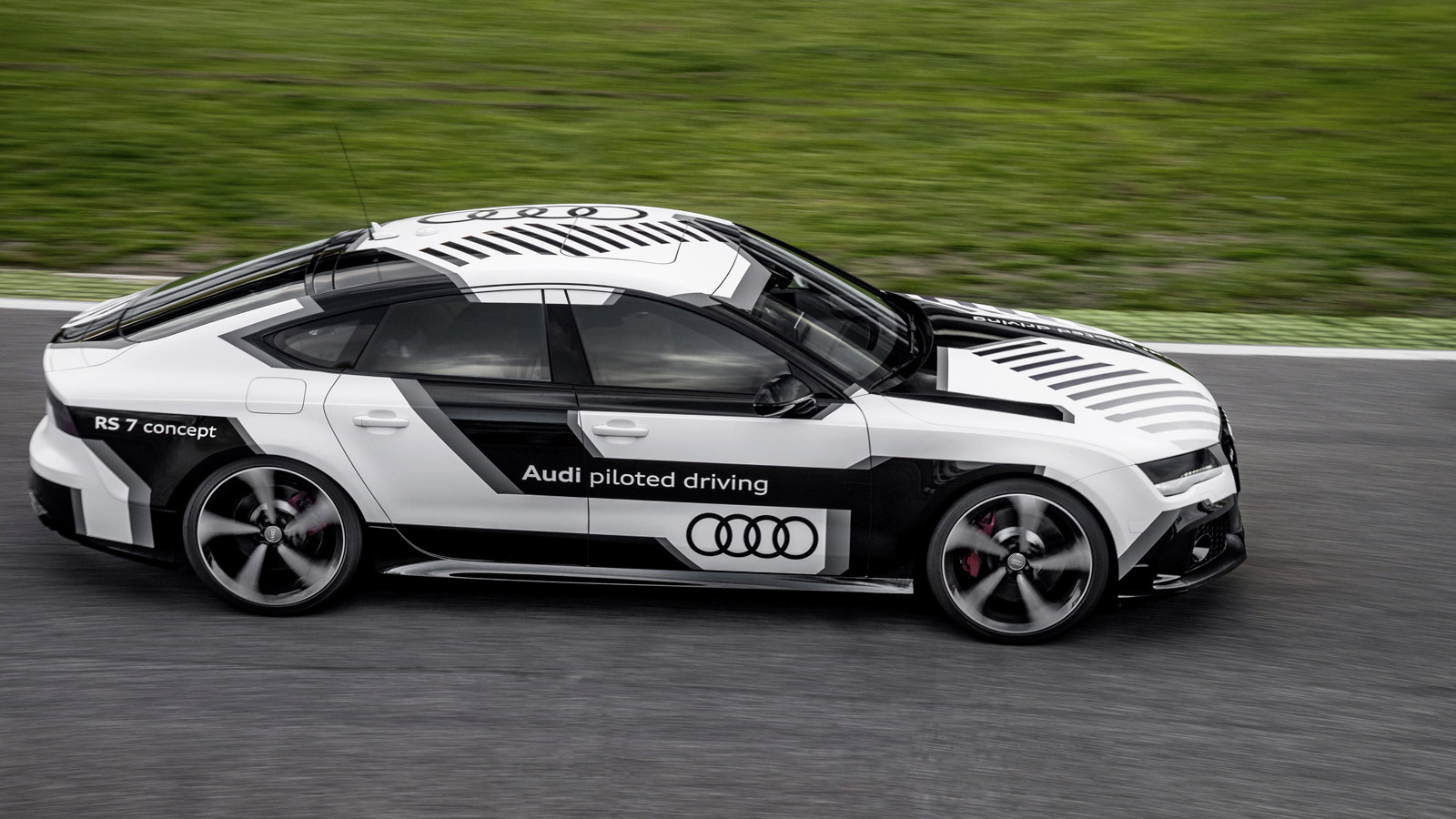 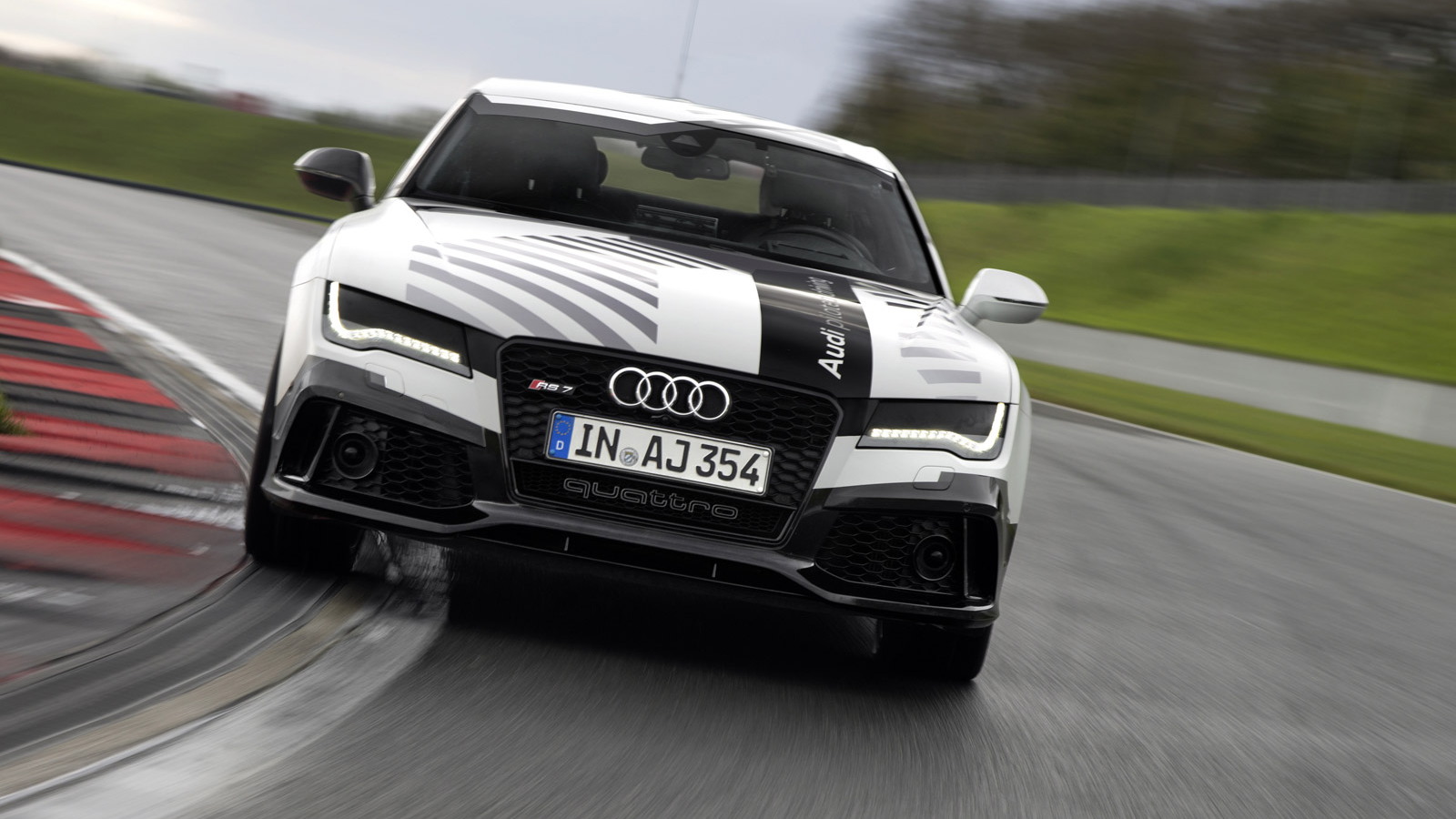 21
photos
At the season finale for Germany’s DTM touring car series, held at the Hockenheimring over the weekend, Audi demonstrated a self-driving RS 7 concept car that could lap the circuit at race speeds. The video shows the successful lap, which Audi tells us took just over two minutes. That’s not bad at all considering it takes the R8 supercar a similar time to lap the circuit with a professional driver in its V-8 guise.

“This top performance substantiates the skills of our development team with regard to piloted driving at Audi,” the automaker’s R&D chief Ulrich Hackenberg said after the run. “The derivations from series production, particularly in terms of precision and performance, are of great value for our further development steps.”

Audi explains that the race track is one of the most demanding test beds for production when it comes to autonomous cars so these types of tests are perfect for ensuring the technology works extremely precisely and with zero errors in critical moments. For example, the data collected here will help engineers in the development of automatic avoidance functions in critical driving situations.

Note, there were a lot of conditions necessary to ensure the success. The RS 7 concept’s autonomous driving system, which Audi calls Piloted Driving, requires highly accurate GPS data to be transmitted to the vehicle via WiFi to determine its orientation. In parallel to this, 3D cameras in the car film the track, and a computer program compares the cameras’ image information against a data set stored on board. This is what makes it possible for the technology pioneer to orient itself on the track within centimeters.

Audi’s first car with a Piloted Driving system, likely to be capable of autonomous highway driving only at first, will be available before the end of the decade. However, the automaker already offers some driving assist features that utilize similar technology to fully autonomous systems. These debut on the updated 2016 A6 and A7 models and include Audi side assist blind spot monitoring, Audi active lane assist lane keeping system, and adaptive cruise control with Stop&Go traffic crawling.

Also at the past weekend’s DTM finale, Audi rolled out a new race car based on its TT sports car. The race car will be the basis of a new one-make series launching next year.