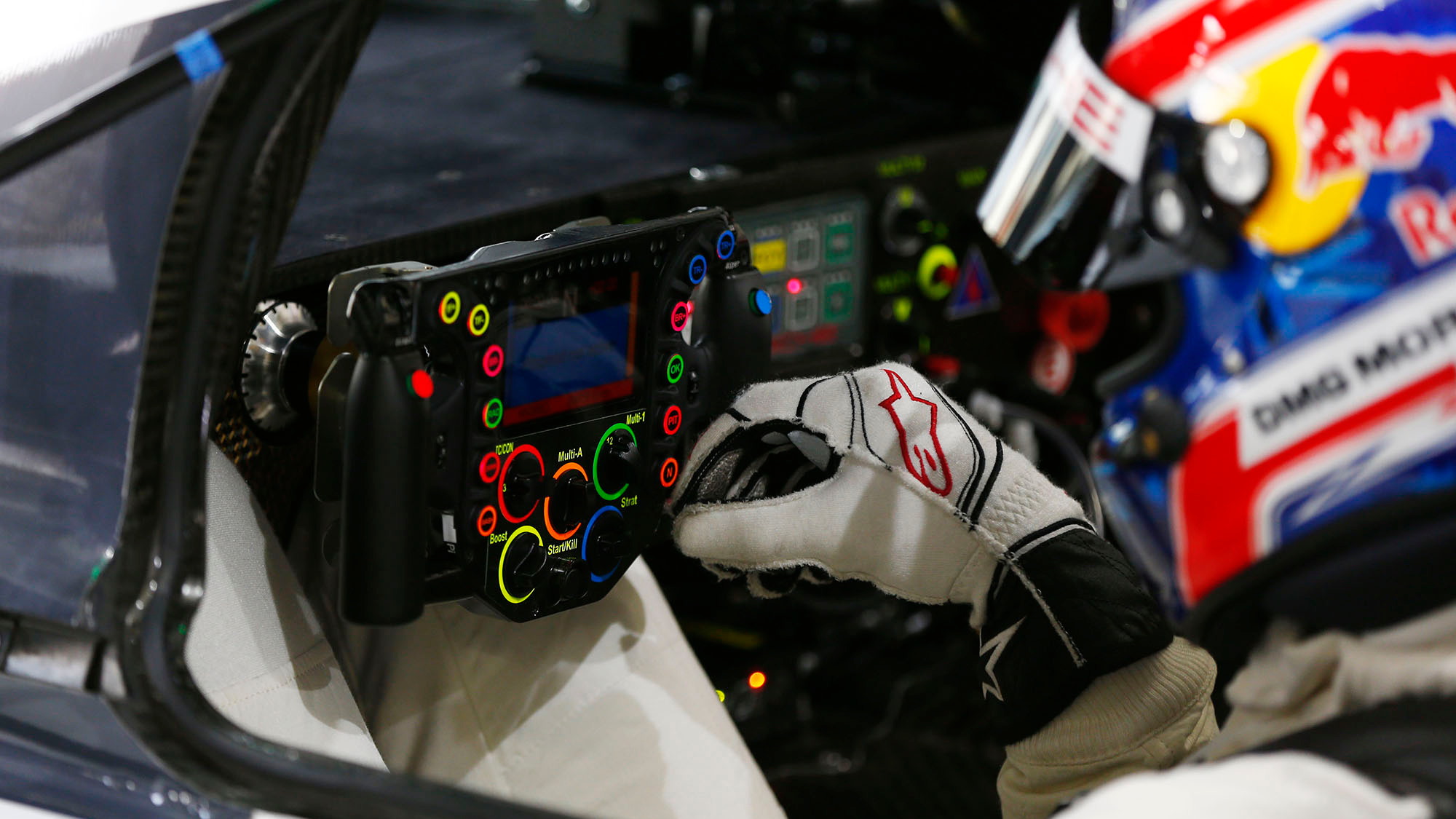 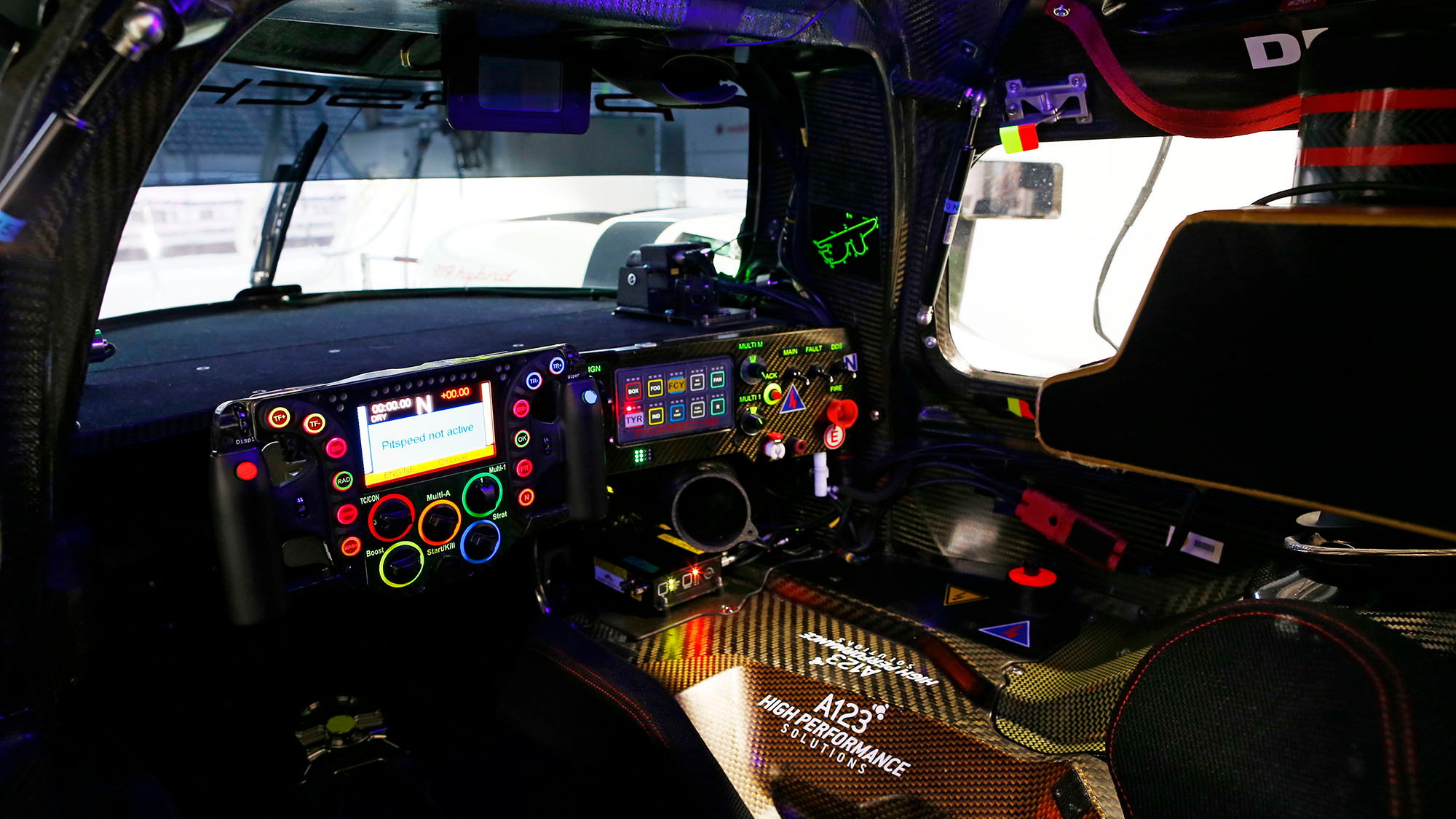 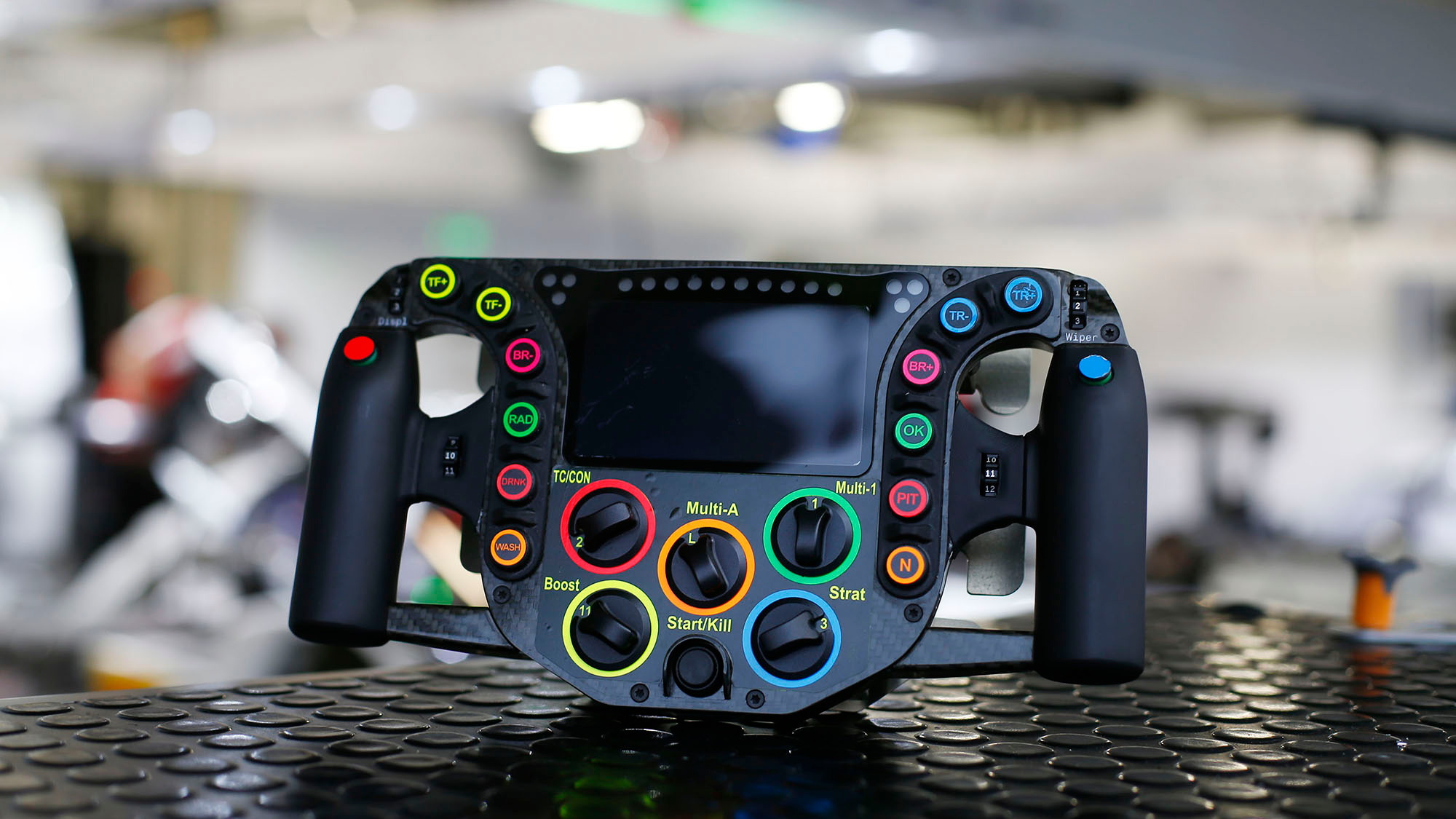 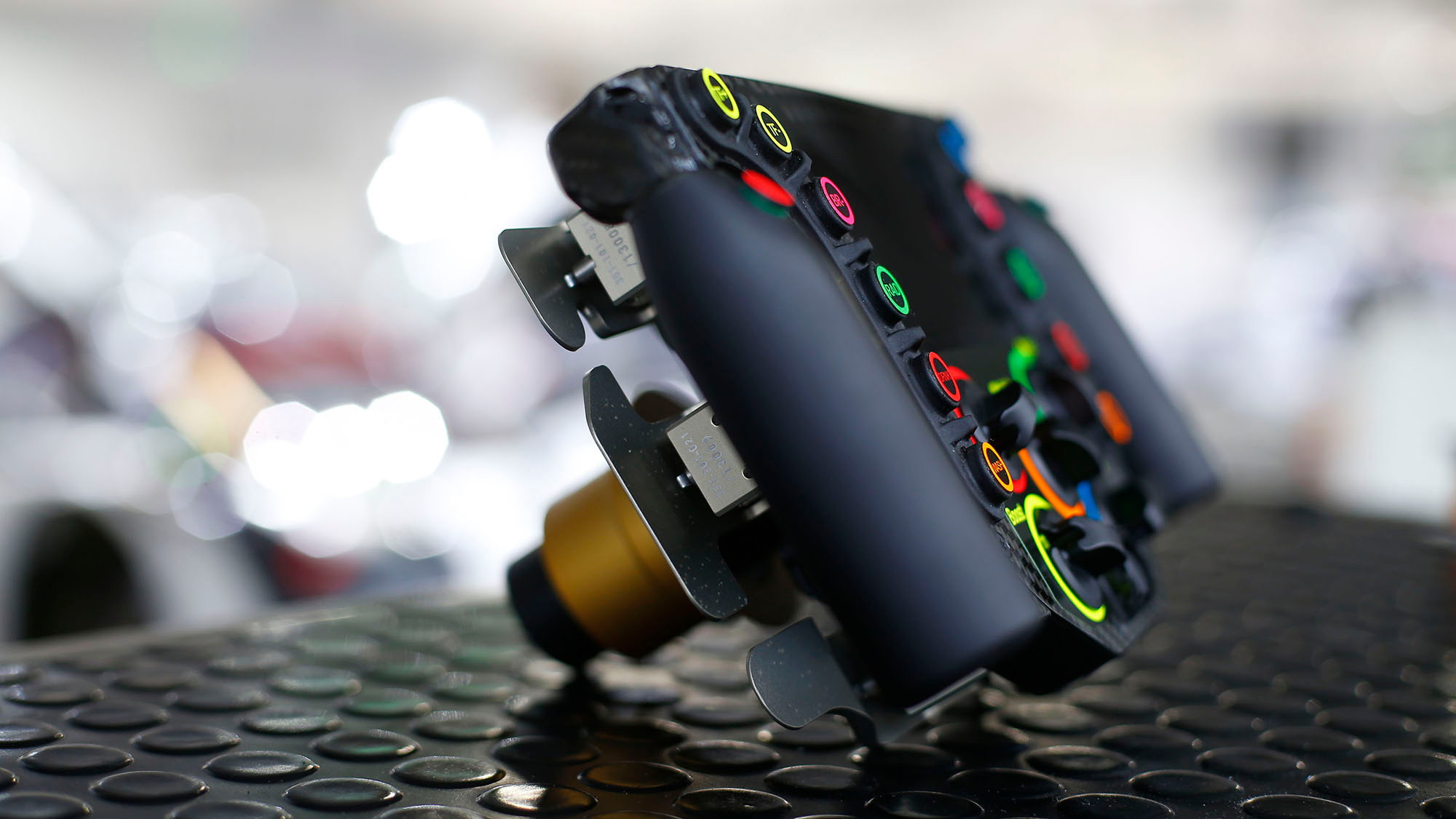 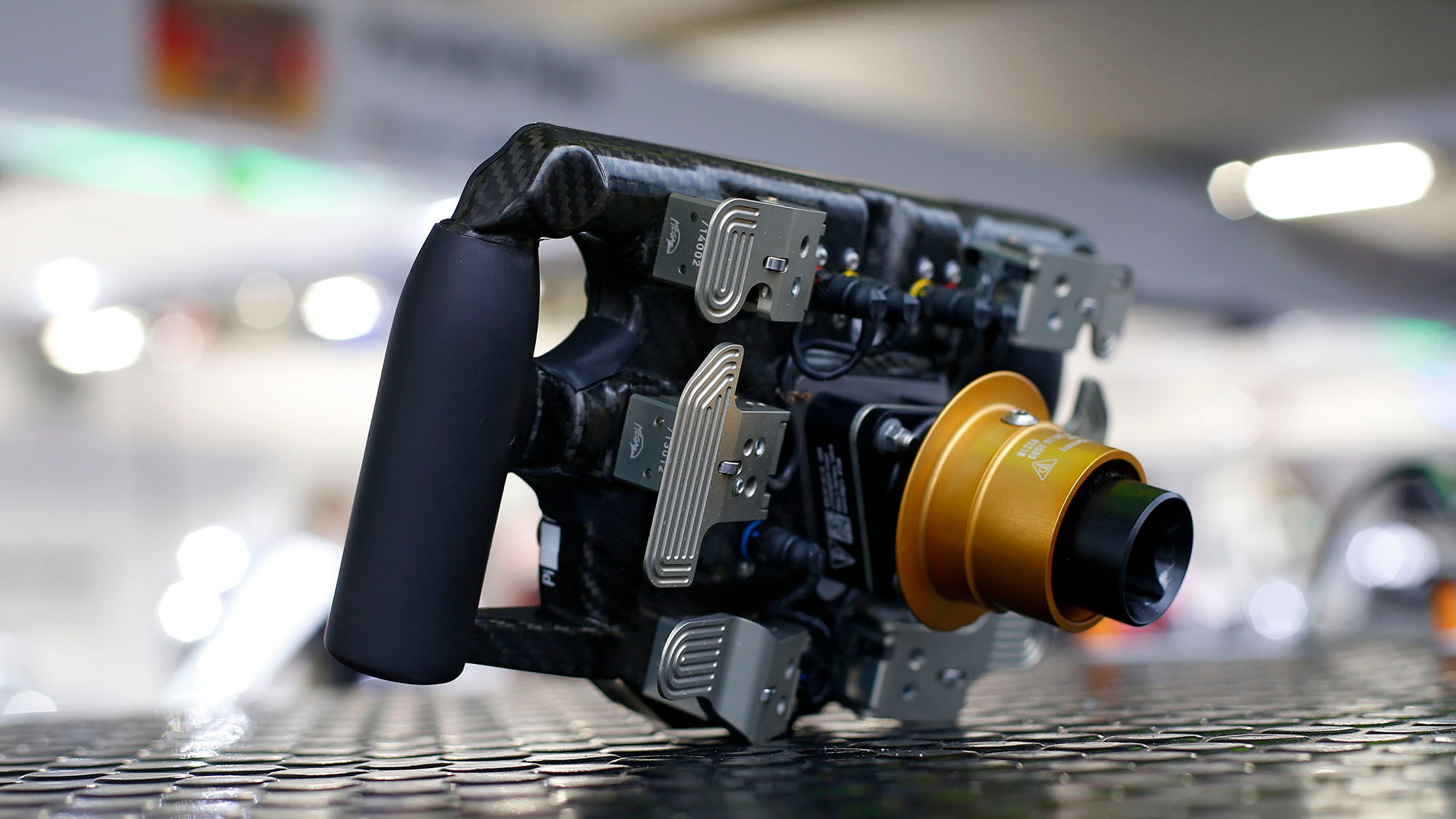 The steering wheel in your basic race car is just that; it's a simple, lightweight, possibly suede-covered instrument used to tell the front wheels of the vehicle where to go. As you advance up the race car ladder, however, a steering wheel begins to be much more than a simple directional tool. It will start to become covered in buttons, switches, wear paddles, and contain levers. It can be used to control speed in pit lane, signal directions back to the team, change braking pressure, and increase or decrease traction control, amongst other things. The steering wheel of the Porsche 919 Hybrid LMP1 car is such a tiller, and it's just as complicated as you might think.

The design of this "wheel" is not round. It's more closely related to something you might find in the cabin of a spaceship, and takes on the shape of an airplane's yoke. This shape helps with entry and exit for all of the teams drivers, as there are some tall folks on the crew, and then can more easily get their leg in and out of the underside of the wheel. The button placements were designed in cooperation with the drivers to find the ideal placements for each item.

Two of the most commonly pressed buttons are the ones placed right where the thumbs can easily reach them. These are the blank red button on the left and the blank blue button on the right. The red one activates the boost function, which is created using the stored electrical energy from the battery. A press of the blue button flashes the headlights, which is pretty important as the LMP1 cars are the fastest on the track and need to alert the slower traffic that they are rapidly approaching. 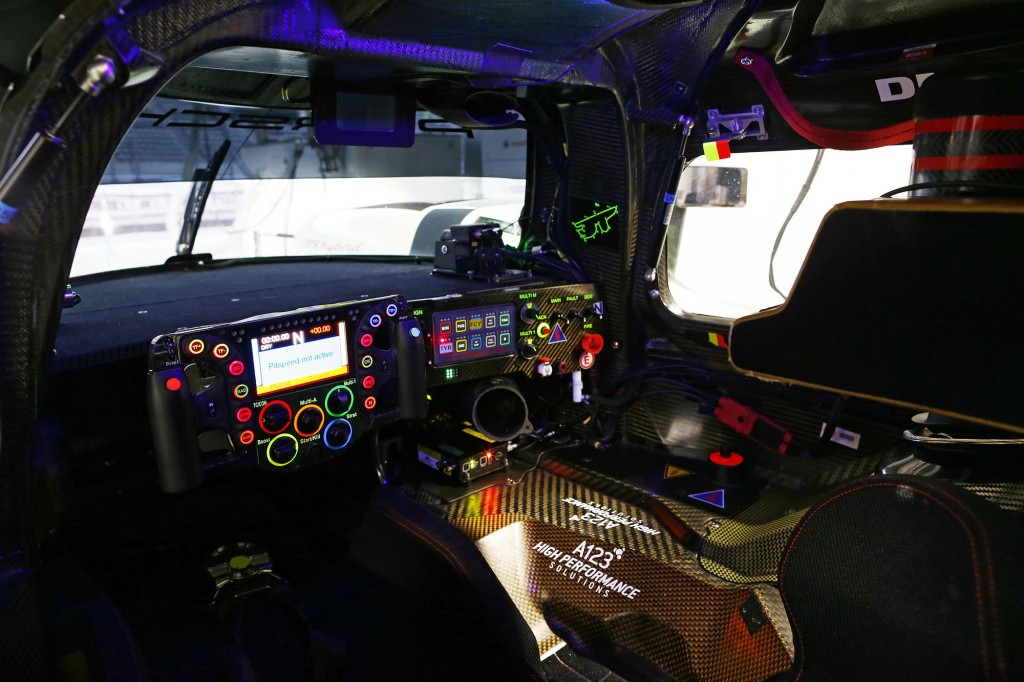 Starting at the top of the colored array of labeled buttons, you have a set yellow, blue, and pink buttons. These control the traction control to the front axle, traction control to the rear axle, and the brake force distribution between the two axles. The green RAD button is used to operate the radio, while the green OK button relays that a requested setting change has been performed. DRINK, labeled in orange, does just that, as in it gives the driver a drink from the onboard system. The other orange button with the N puts the car in neutral. The red PIT button restricts the 919 Hybrids speed to the max allowed on pit lane, and the other red WASH button turns on the windscreen washer.

In the middle are a handful of rotary knobs, and they all have to do with a variety of braking, traction, hybrid management, and fuel and engine management strategies. That screen above the rotary knobs is used to display relevant information to the driver, such as speed, which gear is engaged, and a handful of other helpful bits of information.

The wheel itself is constructed from carbon fiber, and all of its various buttons and knobs can be viewed in the dark with relative ease. A black light sit above the drivers head, and the colored displays respond in a manner that works well in nighttime driving. That's pretty important when you're ripping down the Mulsanne straight attempting to win the 24 Hours of Le Mans.