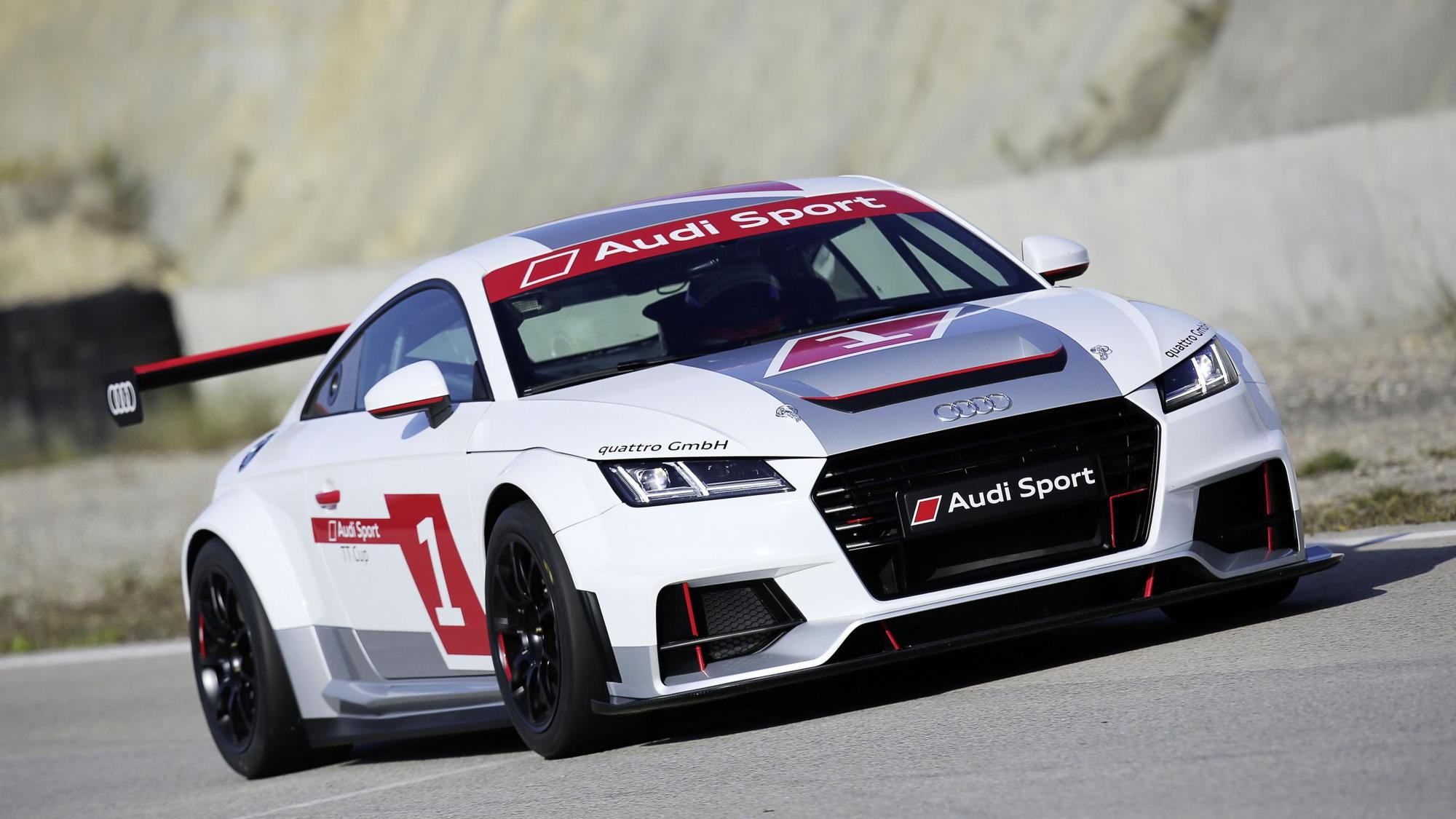 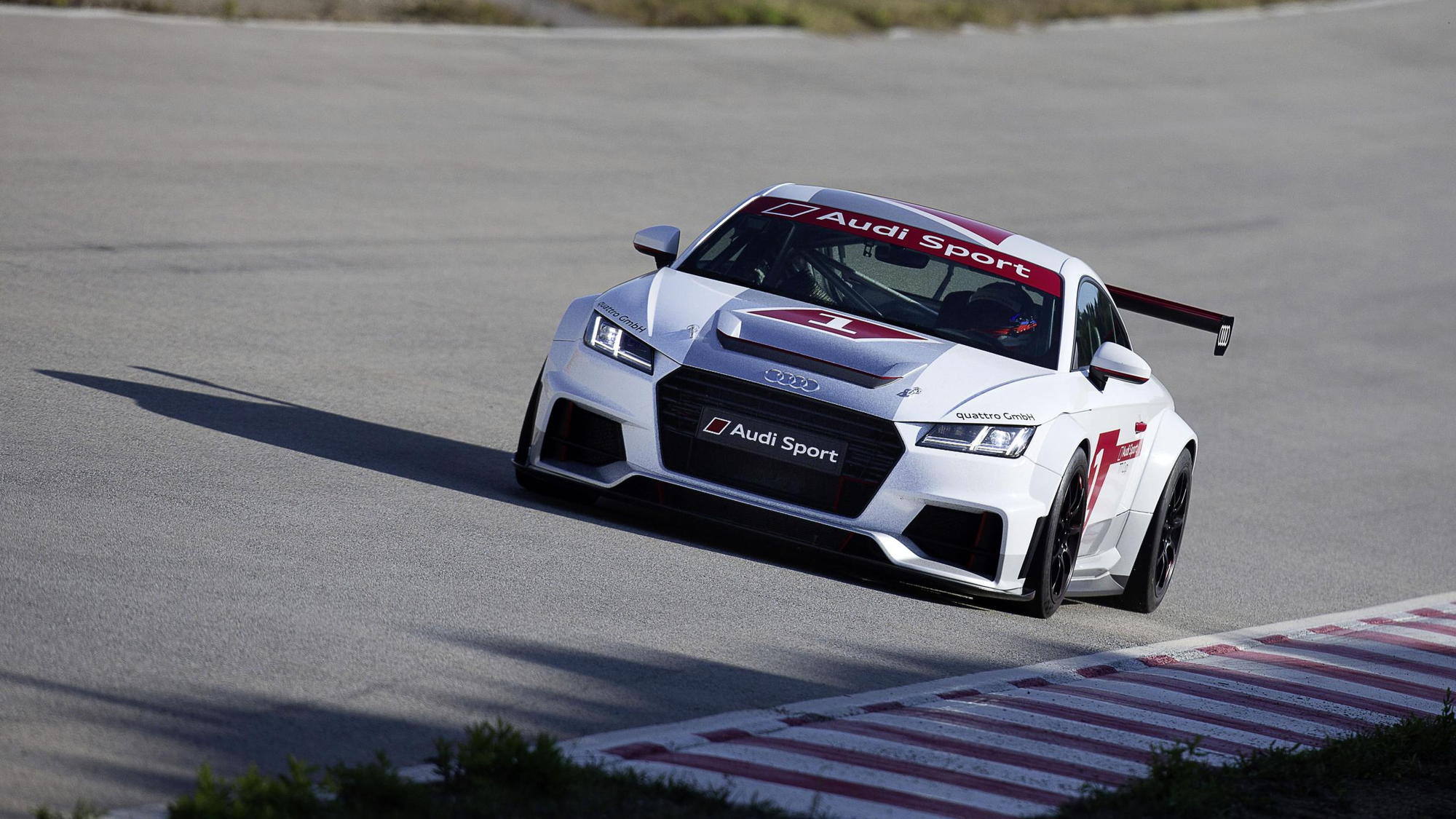 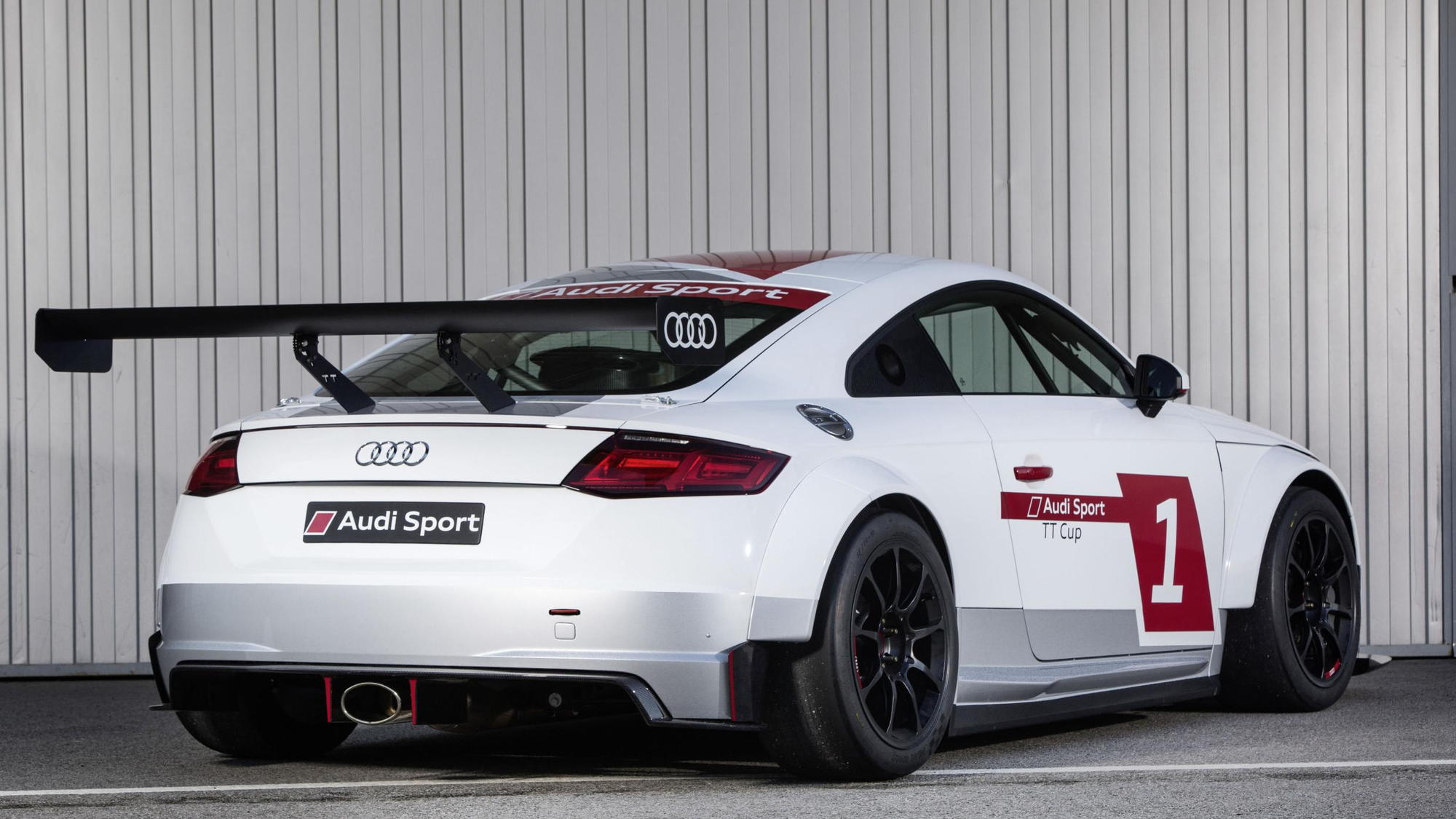 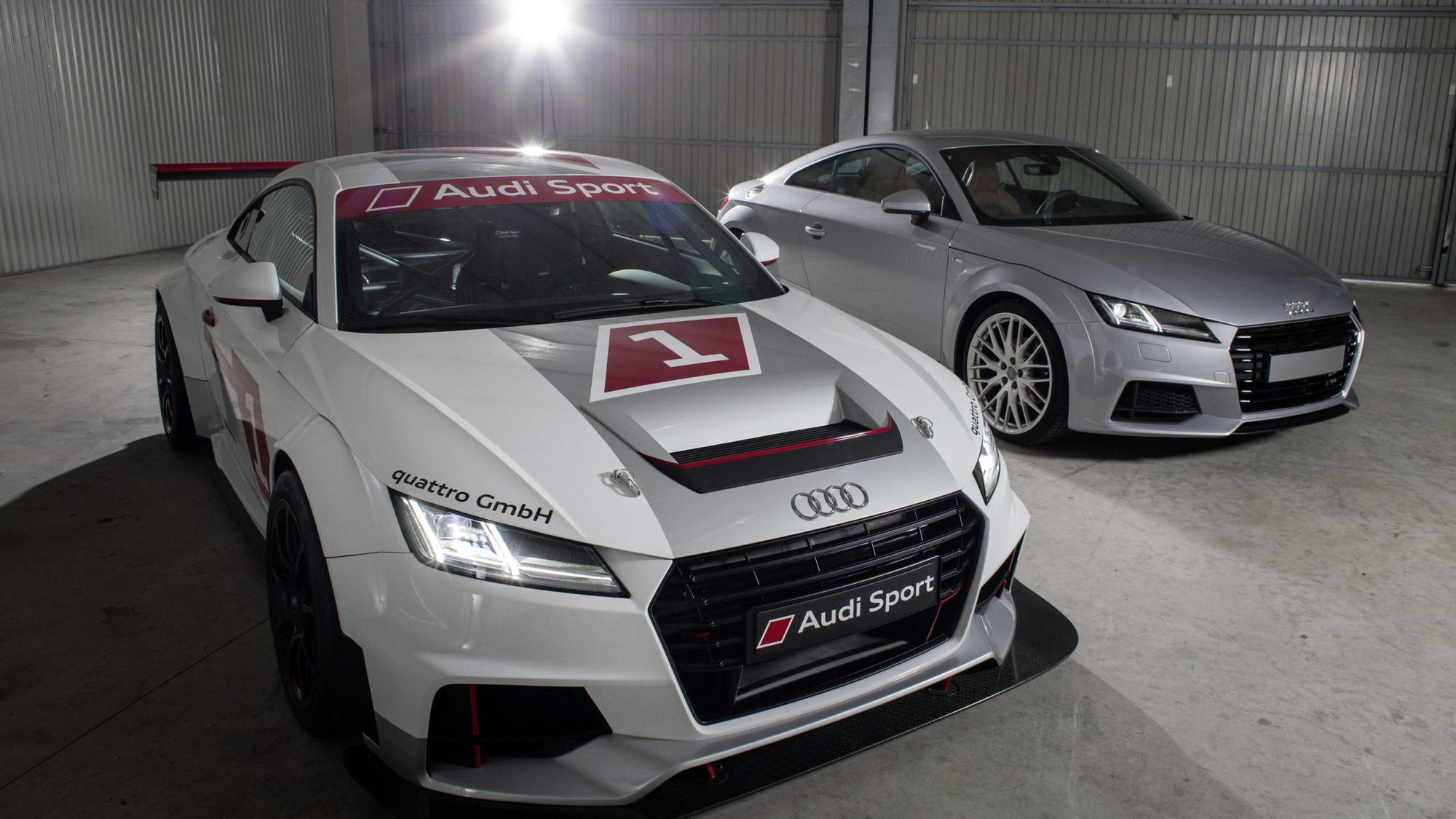 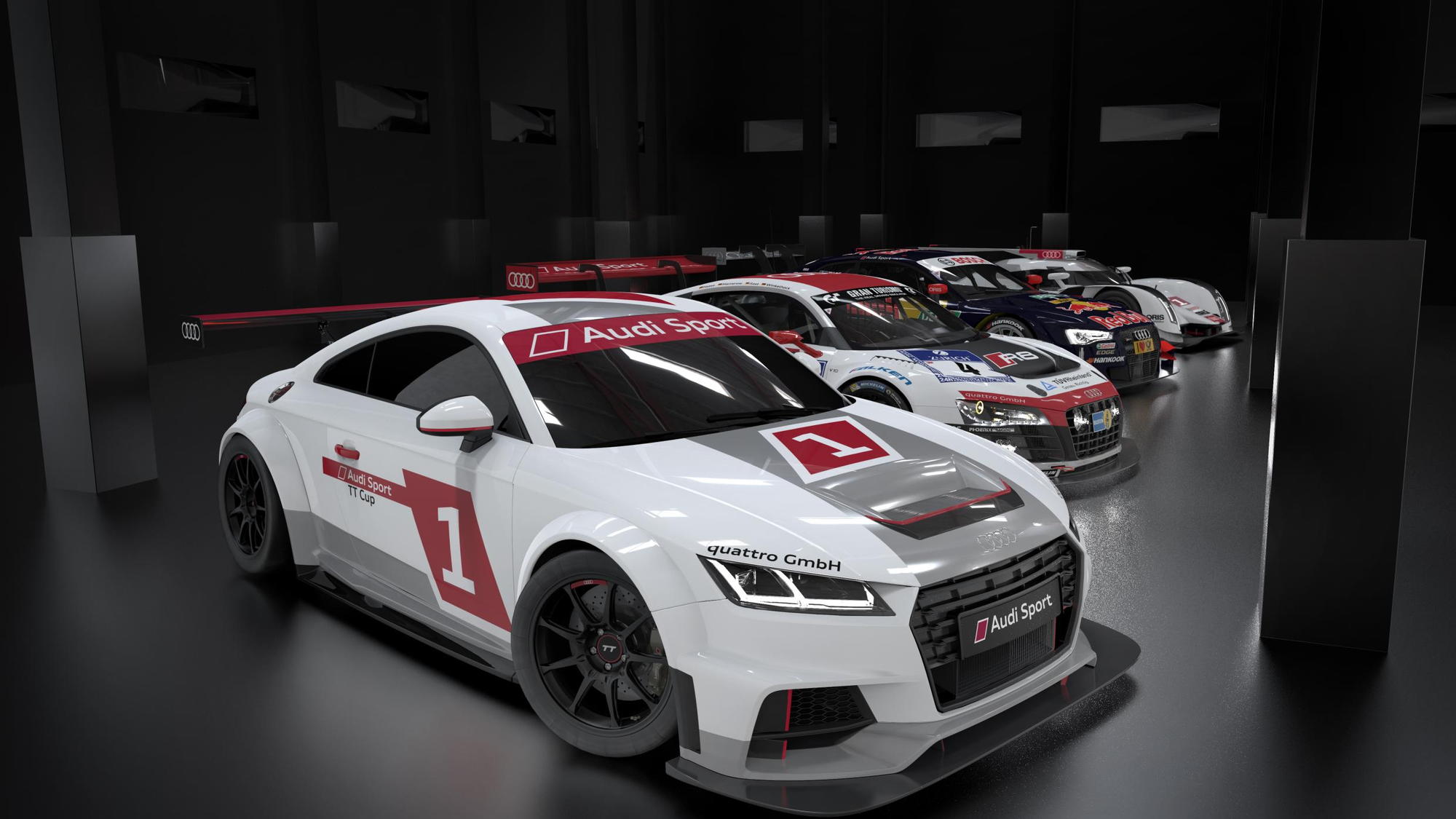 8
photos
Audi is the latest automaker to launch a new one-make racing series, in this case based around the all-new 2016 TT sports car. The series is called the Audi Sport TT Cup and its inaugural season will take place next year, with the rounds scheduled to coincide with those of the DTM series.

The series will be aimed at newcomers to the world of motorsport, with Audi hoping it will serve as a launchpad for future greats. In fact, the winner of the series can look forward to joining Audi’s GT3 squad and with any luck be promoted to its DTM or World Endurance Championship efforts.

All drivers will use a common TT-based race car that weighs 1,125 kilograms and is powered by a 2.0-liter TFSI engine. Peak output from the engine is normally 310 horsepower but an F1-style push-to-pass system temporarily boosts output by 30 hp. The transmission is a six-speed S tronic dual-clutch unit that’s almost identical to the production TT’s unit, and drive is to the front wheels only via an electronic differential.

In developing the car, Audi says it used some technologies developed from its R8 LMS ultra program. One example is the safety seat fitted to the car. And on hand to coach drivers throughout the series will be Audi works driver Markus Winkelhock, winner of this year’s Nürburgring and Spa 24-hour events.

For next year's inaugural season, there will be two races held at each round. There will be 24 cars on the grid, with six of these reserved by Audi for changing guest drivers.

This is actually Audi’s second one-make series. The first was the Audi R8 LMS Cup, based in Asia.