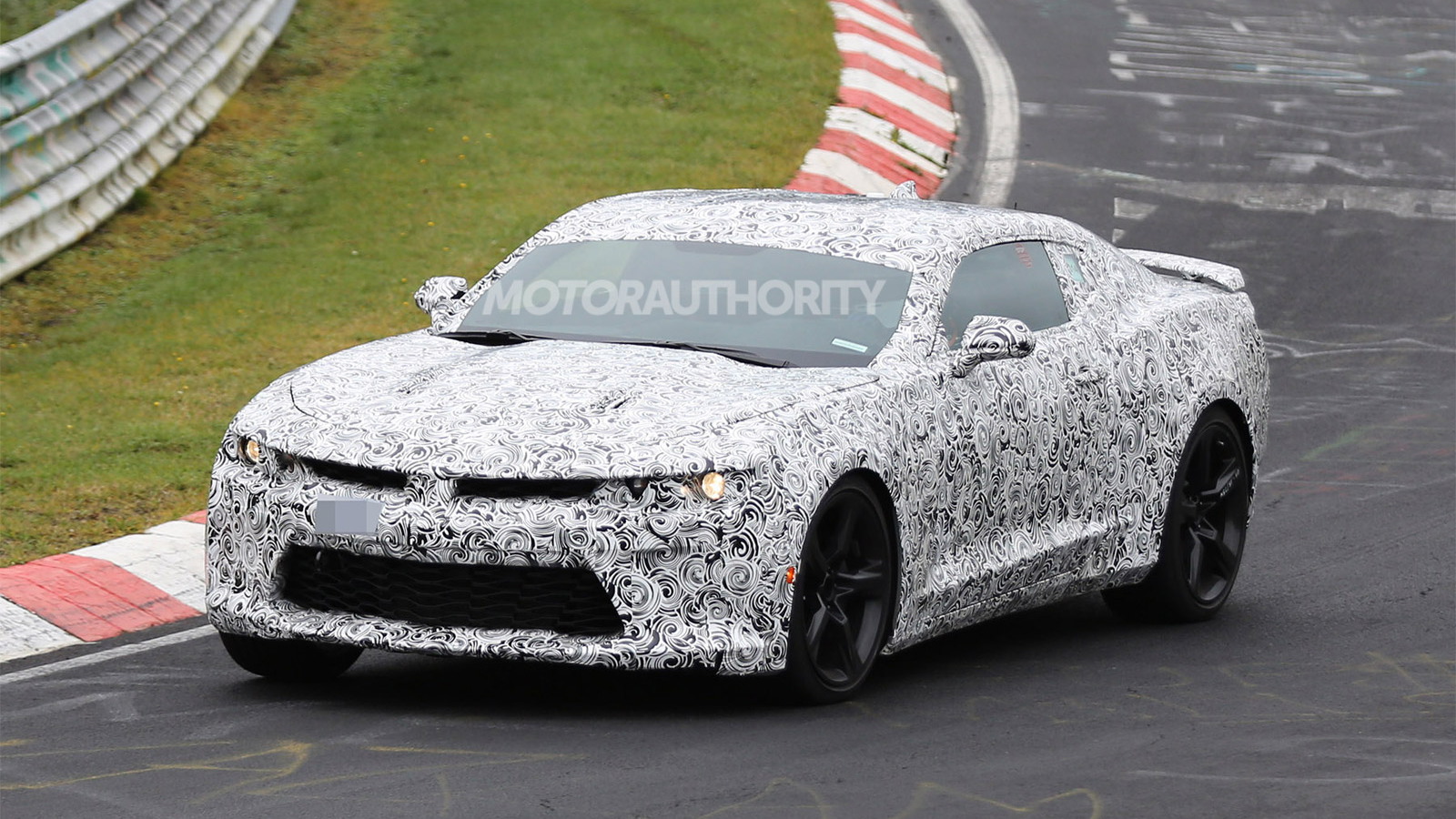 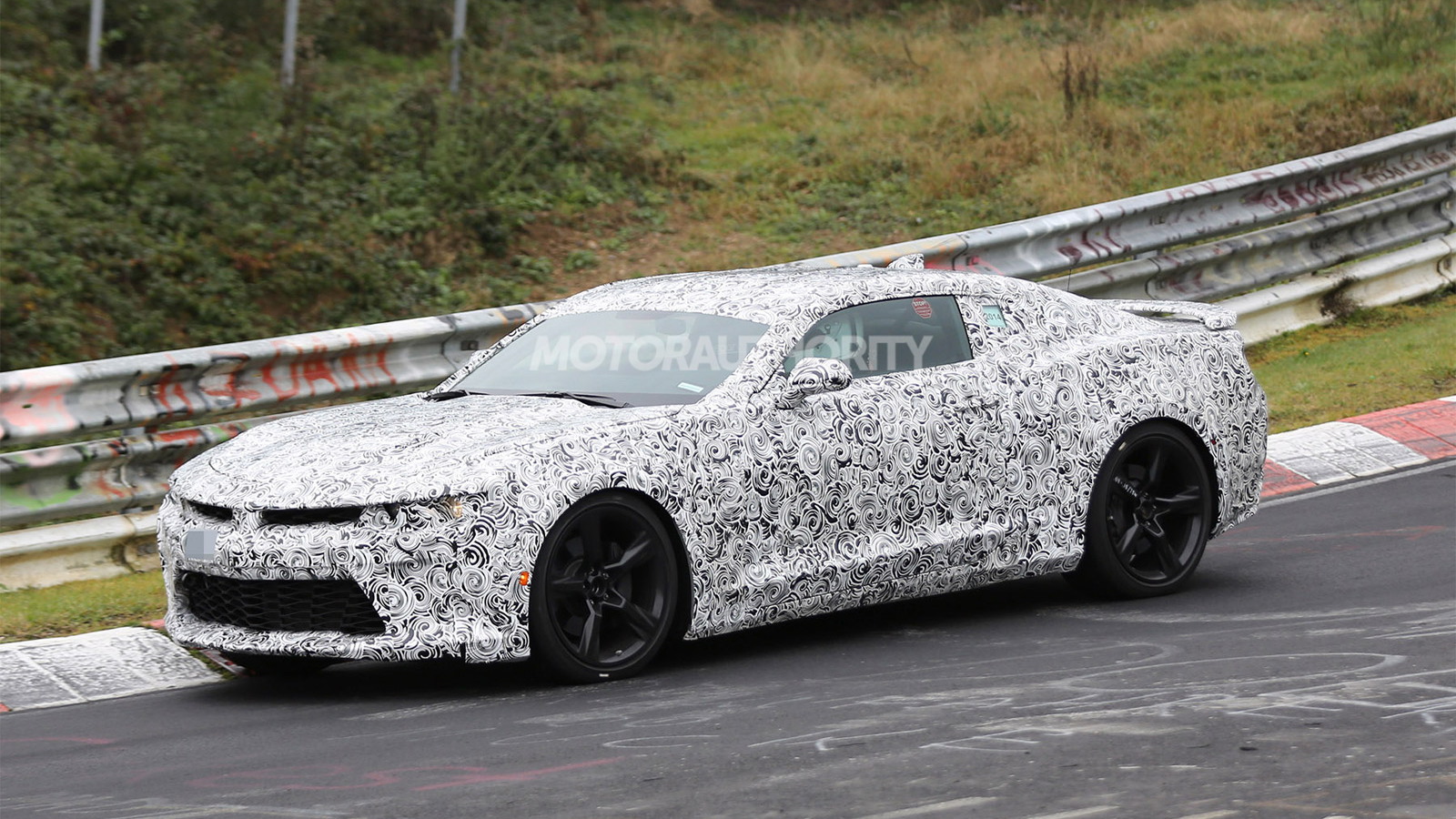 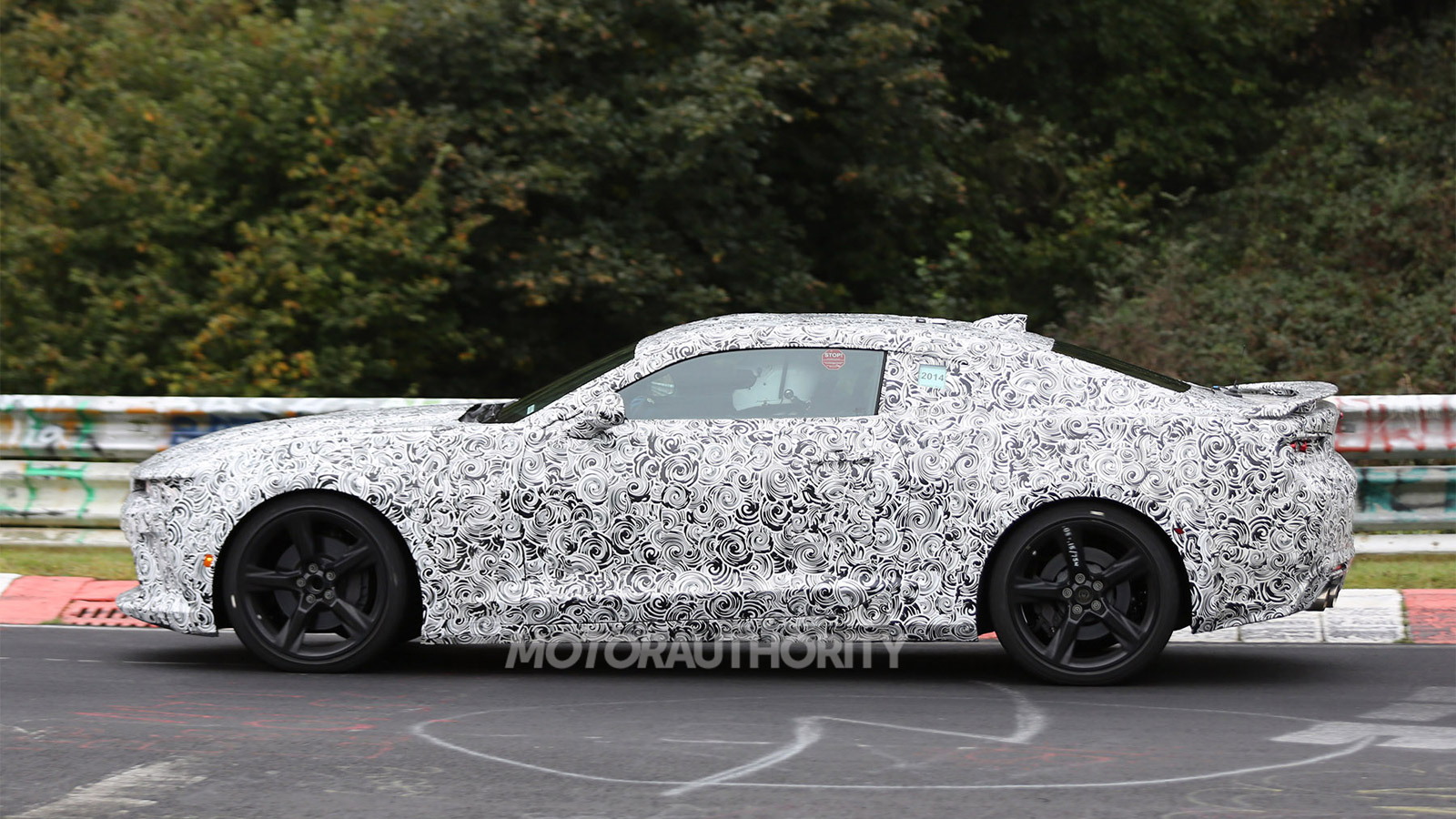 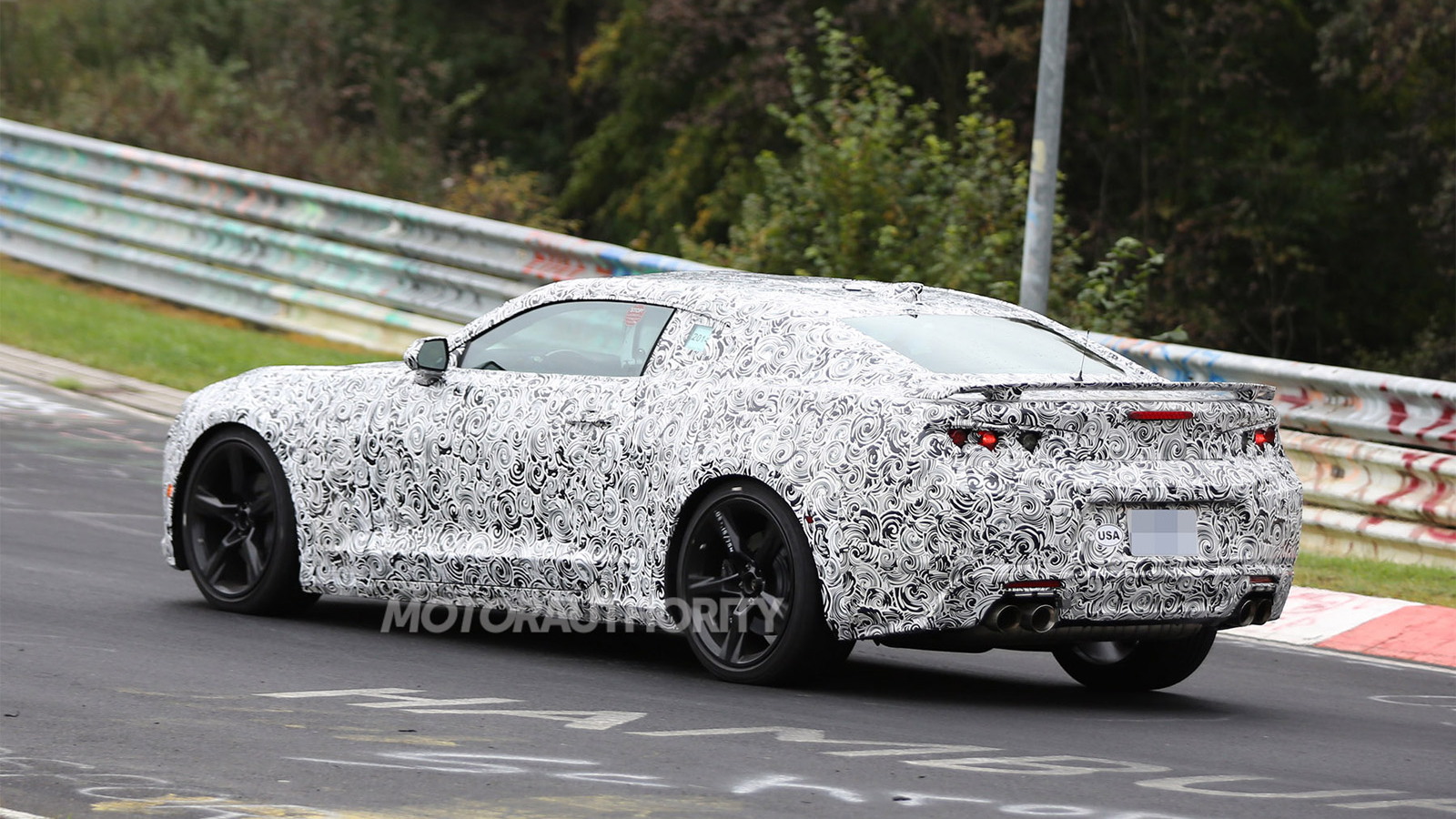 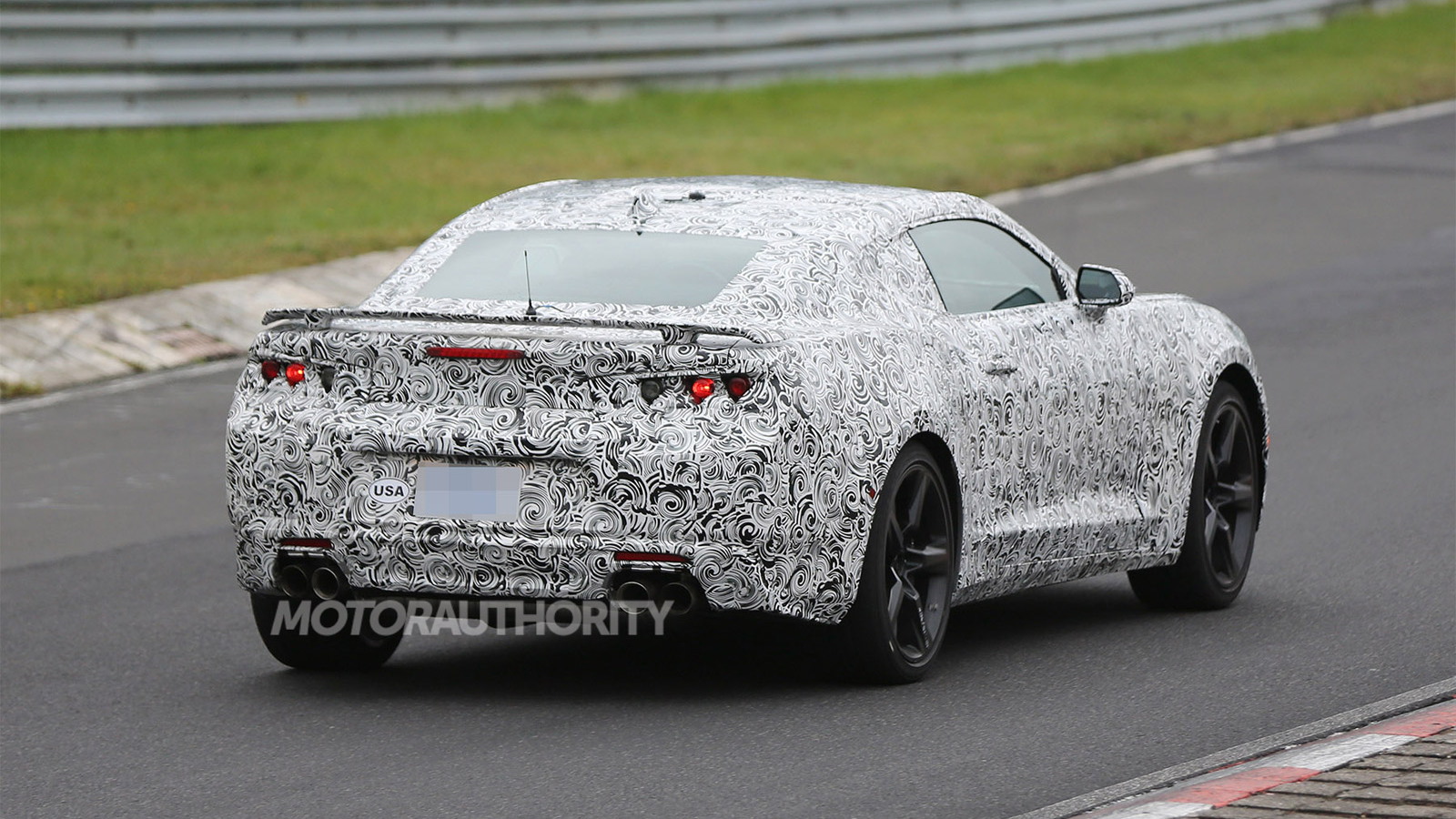 18
photos
A new generation of the Chevrolet Camaro, the nameplate’s sixth, is just around the corner, and we have a spy video of a prototype testing at the Nürburgring. The vehicle is set for a reveal early next year, either at the 2015 Detroit Auto Show in January or the 2015 New York Auto Show in April, and once again it'll be looking to steal sales from its arch rival, the Ford Mustang, which has also just been renewed.

As the prototype confirms, the new Camaro won't look very different to the current model, but there are some big changes taking place beneath the skin. As we’ve known for some time, the new Camaro, which will arrive as a 2016 model, will be based on General Motors Company’s [NYSE:GM] brilliant Alpha platform, currently found in the Cadillac ATS and CTS.

Both light and stiff, the platform should ensure the new Camaro is leaps and bounds ahead of the relatively heavy Zeta-based model on sale today when it comes to acceleration, handling and economy. The lighter weight will also allow the new Camaro to offer a four-cylinder engine, providing a rival for Ford Motor Company’s [NYSE:F] new Mustang EcoBoost.

The four-cylinder engine will likely be a version of the 2.0-liter turbocharged unit that produces 272 horsepower and 295 pound-feet of torque in the Cadillac ATS and CTS. Of course, V-6 and V-8 engines should still be available for the Camaro. The prototype in this spy video is a V-8 model, most likely the Camaro SS. We hear the new SS will adopt a V-8 based on GM’s Gen V small-block instead of the current model's aging LS3.

At launch, we should see at least a base V-6 model, V-8-powered SS and perhaps the new four-cylinder model. Further down the track we can expect replacements for the 1LE, ZL1 and Z/28.

Production will take place at GM’s Lansing Grand River Assembly Plant located in Michigan, the same site where the ATS and CTS models are built (the current Camaro is sourced from Canada), and we hear that the convertible version will be launched alongside the coupe.