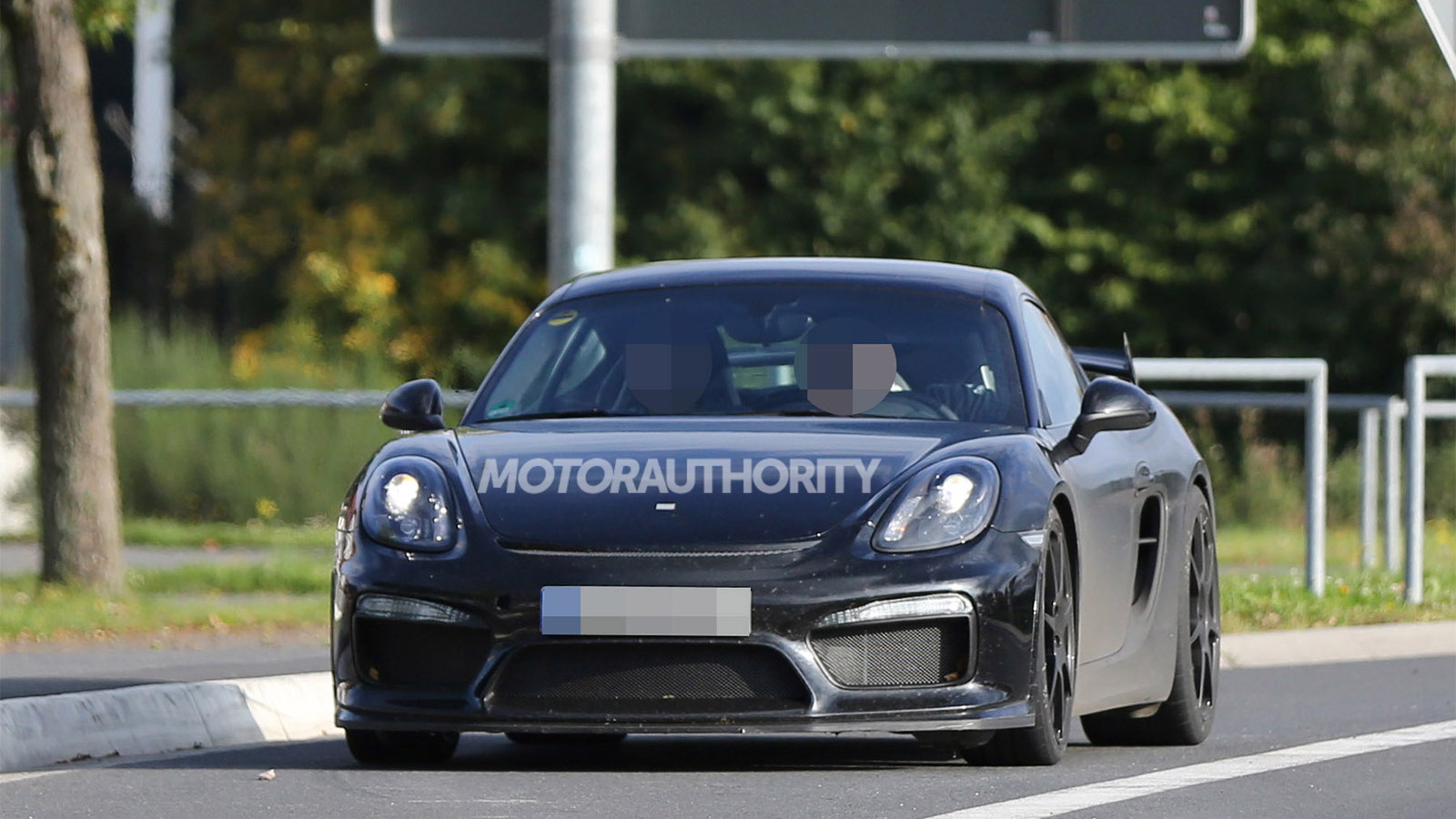 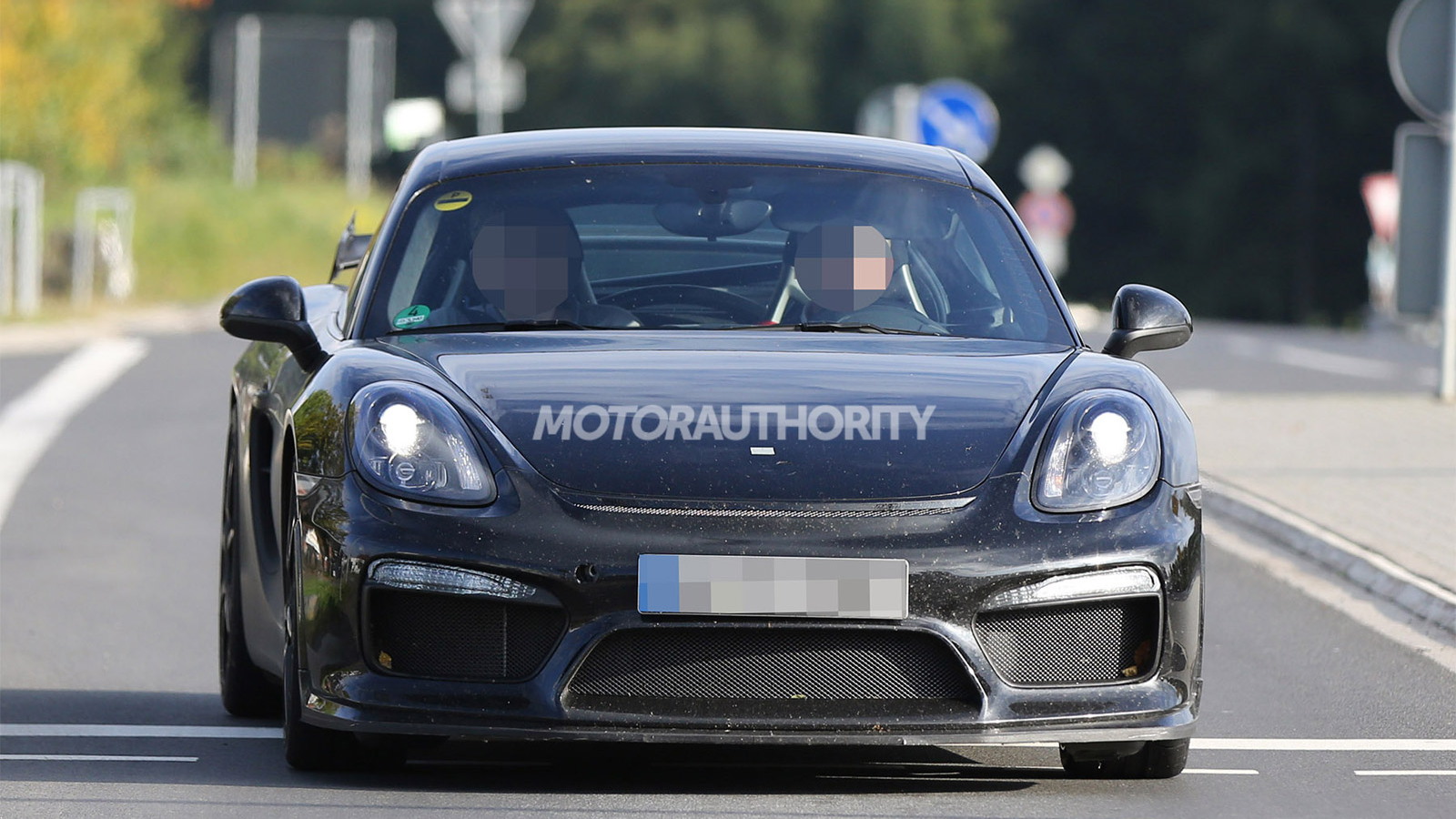 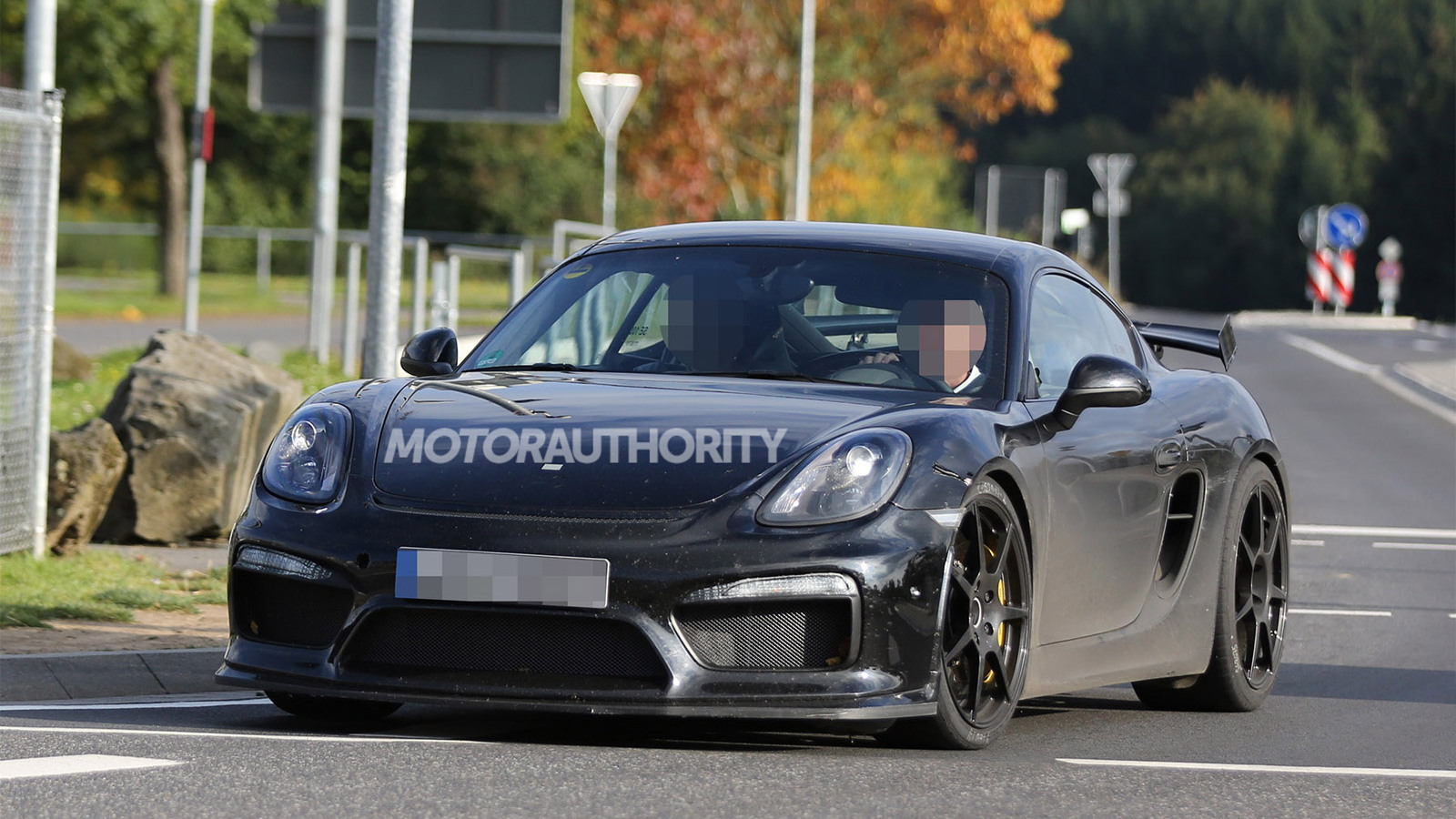 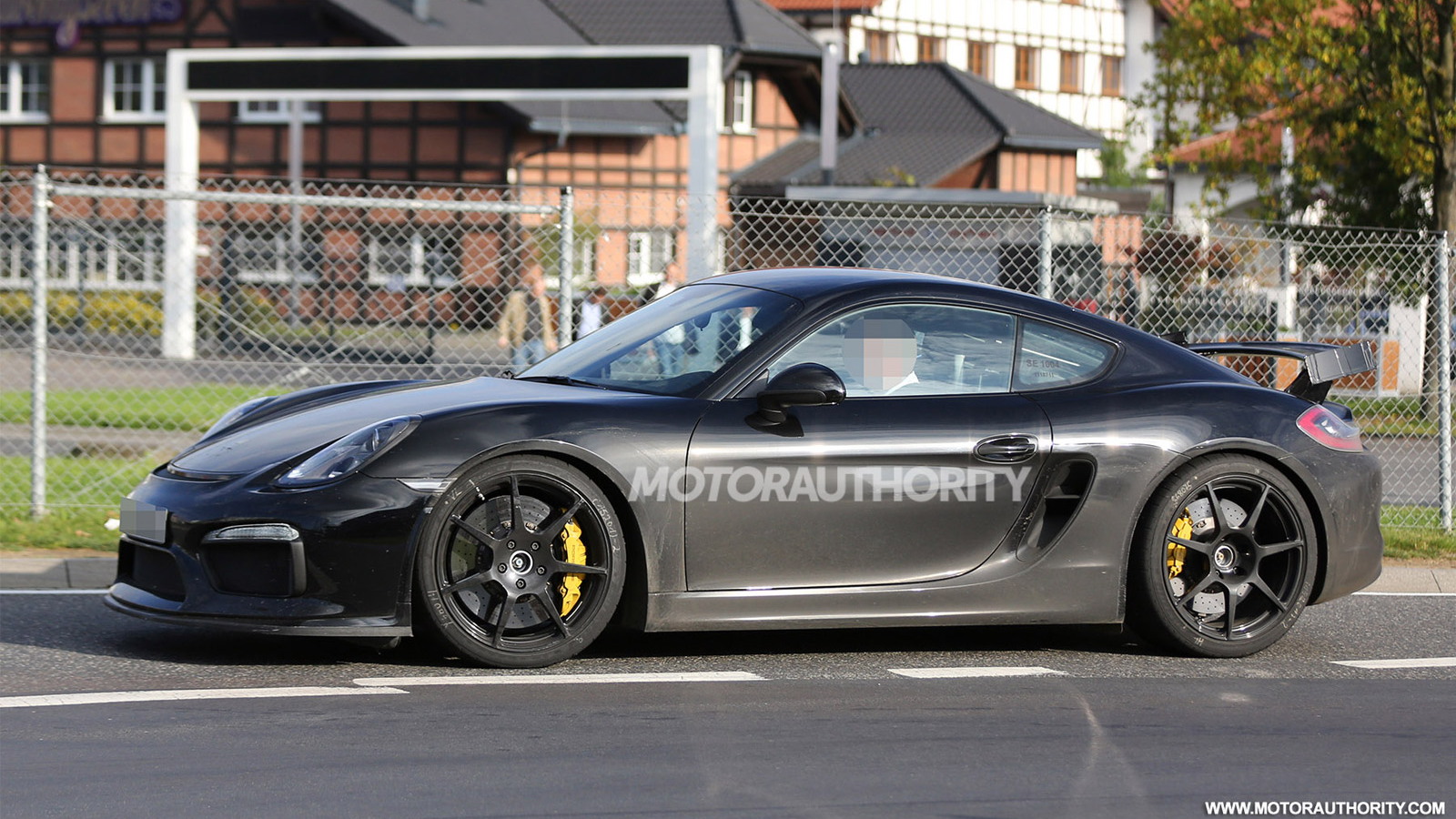 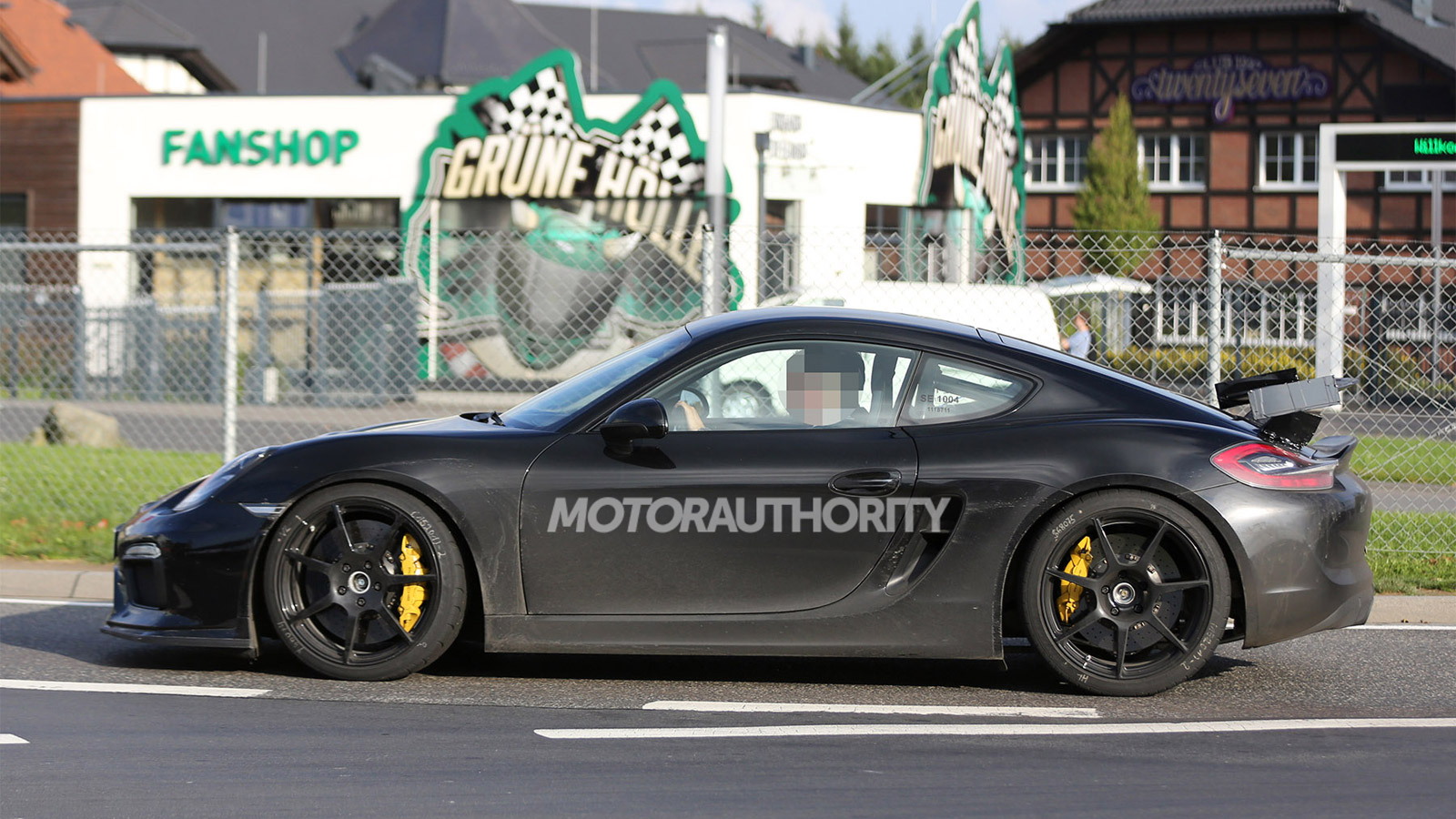 24
photos
Yesterday we learned that Porsche is looking to launch a new entry-level race car based on its Cayman sports car, and today we have new spy shots of a prototype that’s likely to be for the Cayman race car’s road-going cousin. The prototype was spotted on some surrounding roads of Germany’s Nürburgring race track and reveals the aggressive look that the little brother to the 911 GT3 will take.

Talk of a hardcore Cayman built along the lines of the 911 GT3 dates back all the way to 2009, but since then the closest we’ve got to such a car being launched is 2012’s Cayman R as well as the more recent Cayman GTS. However, the latest Cayman variant is expected to offer much more substantial upgrades than those previous cars.

The new Cayman variant is expected to be built to GT4 specifications, meaning it will be closer to the standard Cayman than the 911 GT3 is to the 911 Carrera. It is expected to feature a unique engine tune for the existing Cayman S’s 3.4-liter flat-six—possibly with as much as 380 horsepower—as well as a quicker shifting PDK dual-clutch transmission and a stripped-out cabin.

As the spy shots confirm, the car has a lower ride height than the standard Cayman, which suggests a much more aggressive tune for the suspension. We can also see a new aero kit with a deep lip spoiler up front and a huge wing at the rear. The brakes are also carbon ceramic units and are much larger than those fitted to the standard Cayman.

Look for a reveal of the new Cayman variant, which may end up being called a Cayman GT4, towards the end of next year. We’re likely to see it in showrooms as a 2016 model.

Note, Porsche is also working on a mid-cycle update for the Cayman, which we expect to be introduced for the 2017 model year.