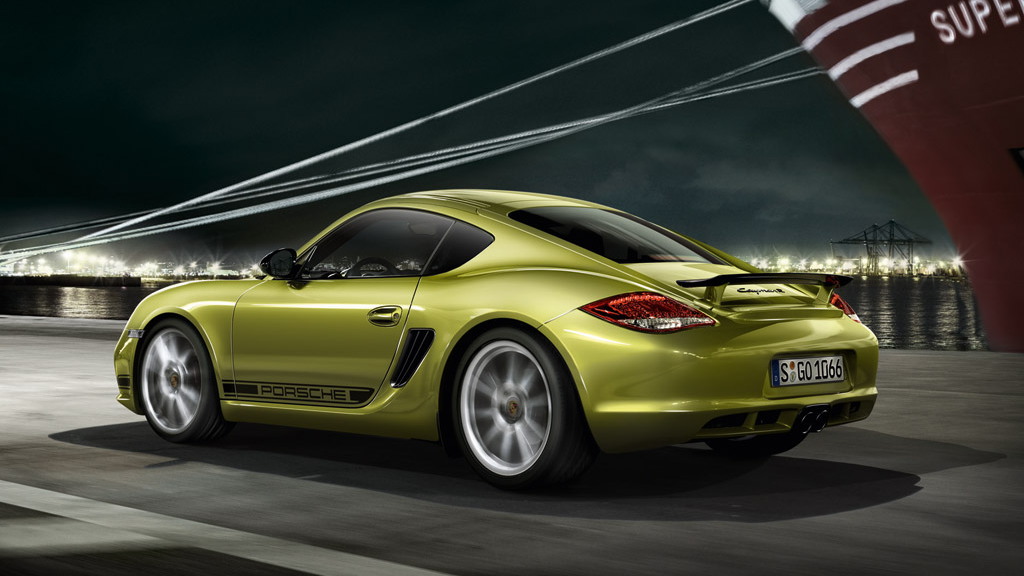 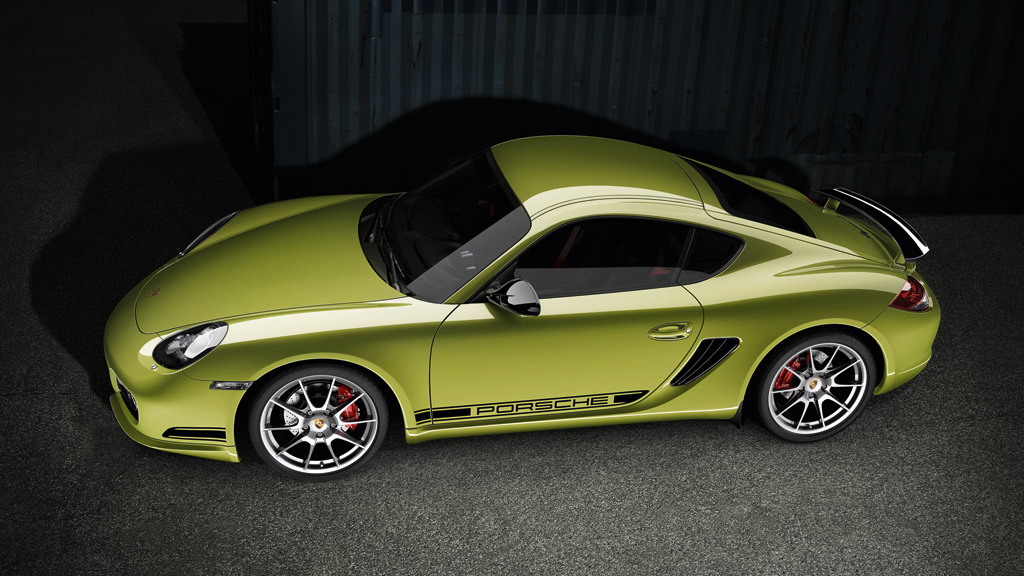 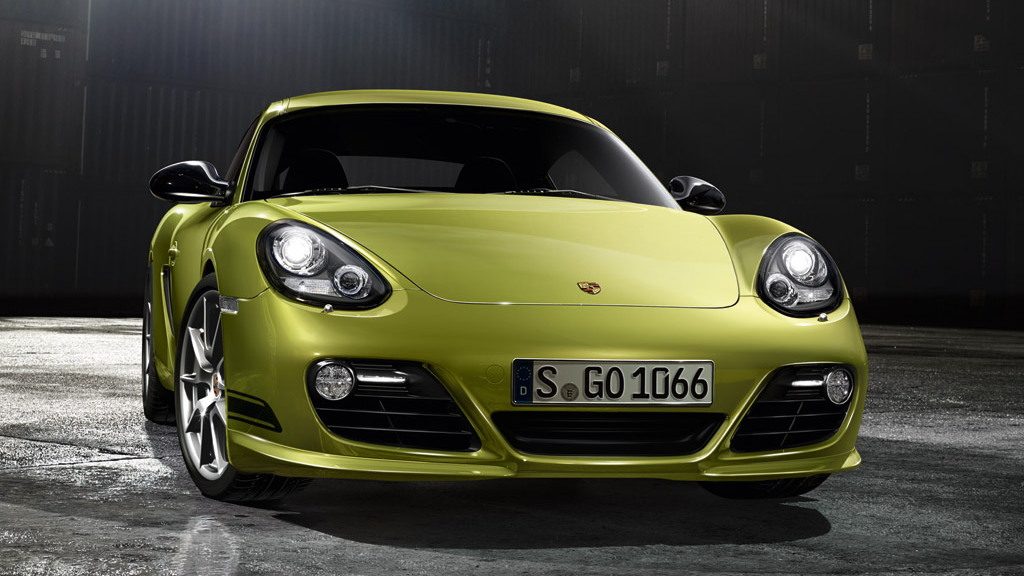 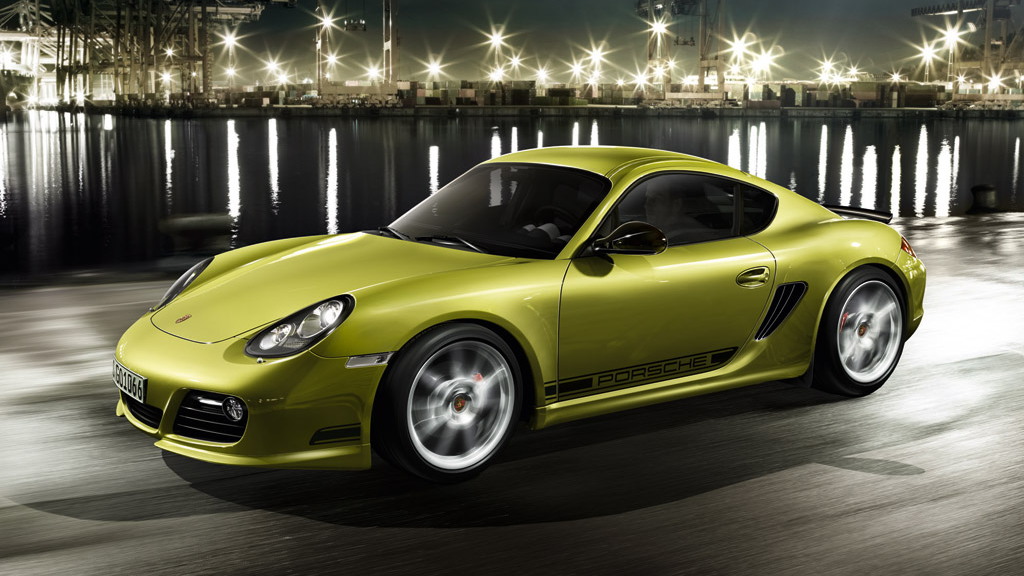 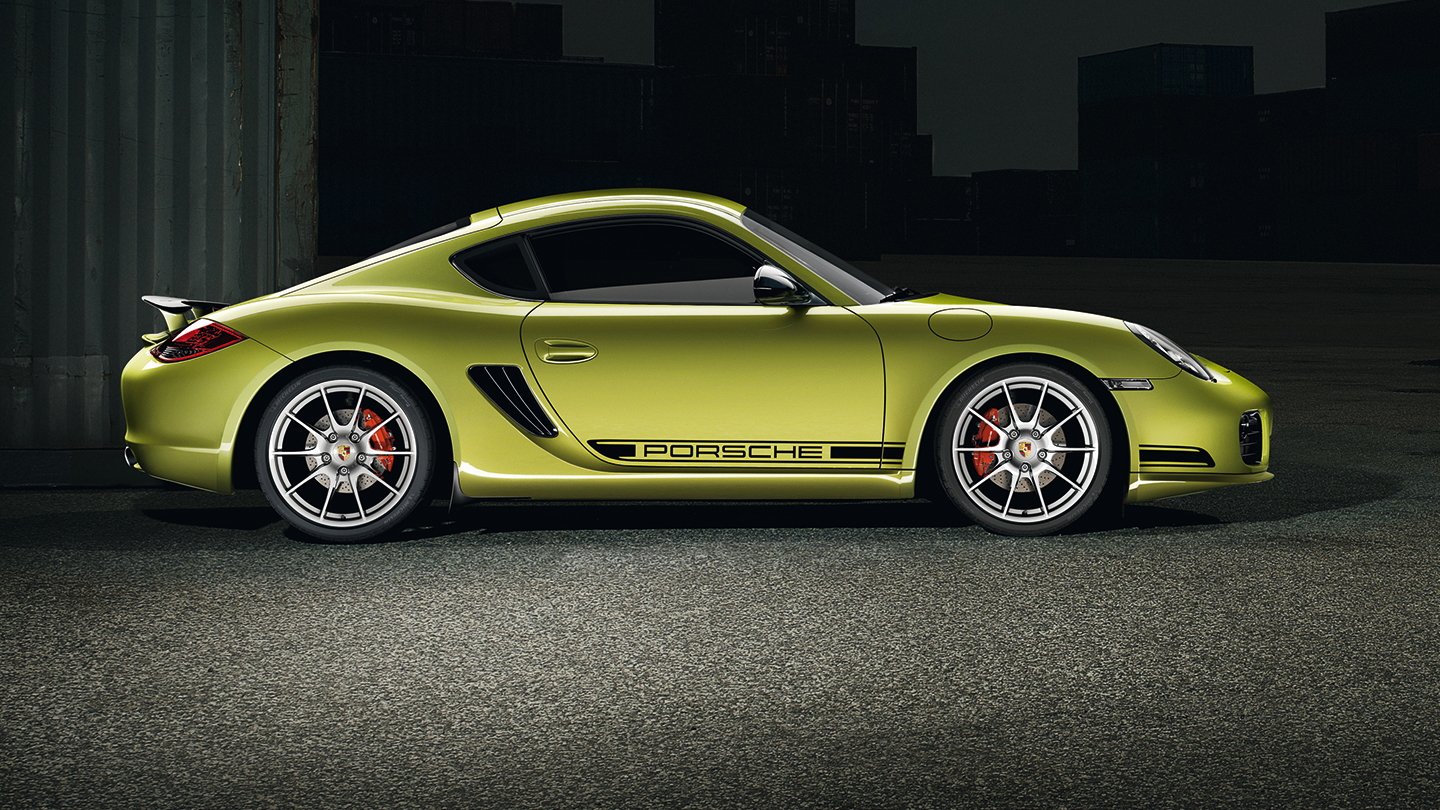 23
photos
With fewer pounds, more horsepower and a new model year on its Monroney, the 2012 Porsche Cayman R makes its first public appearance at the 2010 Los Angeles Auto Show.

In a clever reveal, Porsche's models took on the fashions of each of the six decades of Porsche sportscars in America, while pulling off consecutive car covers before the Cayman was revealed.

The new lightweight version of the mid-engined, Boxster-derived coupe, the Cayman R sports the same 3.4-liter, direct-injected flat six that's tucked into the standard Cayman S. A 10-horsepower boost puts total output at 330 hp, and with either a six-speed manual or seven-speed, dual-clutch gearbox, the Cayman R is a few ticks quicker than its hardtop siblings.

Porsche credits a 121-pound weight loss in the Cayman R to lightweight materials, and some deleted features. The coupe drops its air conditioning and audio system, and gets aluminum door skins, interior door panels from the 911 GT3 RS, and carbon-fiber-backed sport seats.

In their places, Porsche fits a standard limited-slip differential, front and rear aero add-ons and 19-inch wheels also found on the Boxster Spyder roadster--and also gets black body details including a Porsche decal down its flanks.

The Cayman R's suspension is lowered about 0.79 inches for handling, Porsche adds.

The 2012 Cayman R carries a sticker price of $66,300, and pulls into showrooms in February of next year.