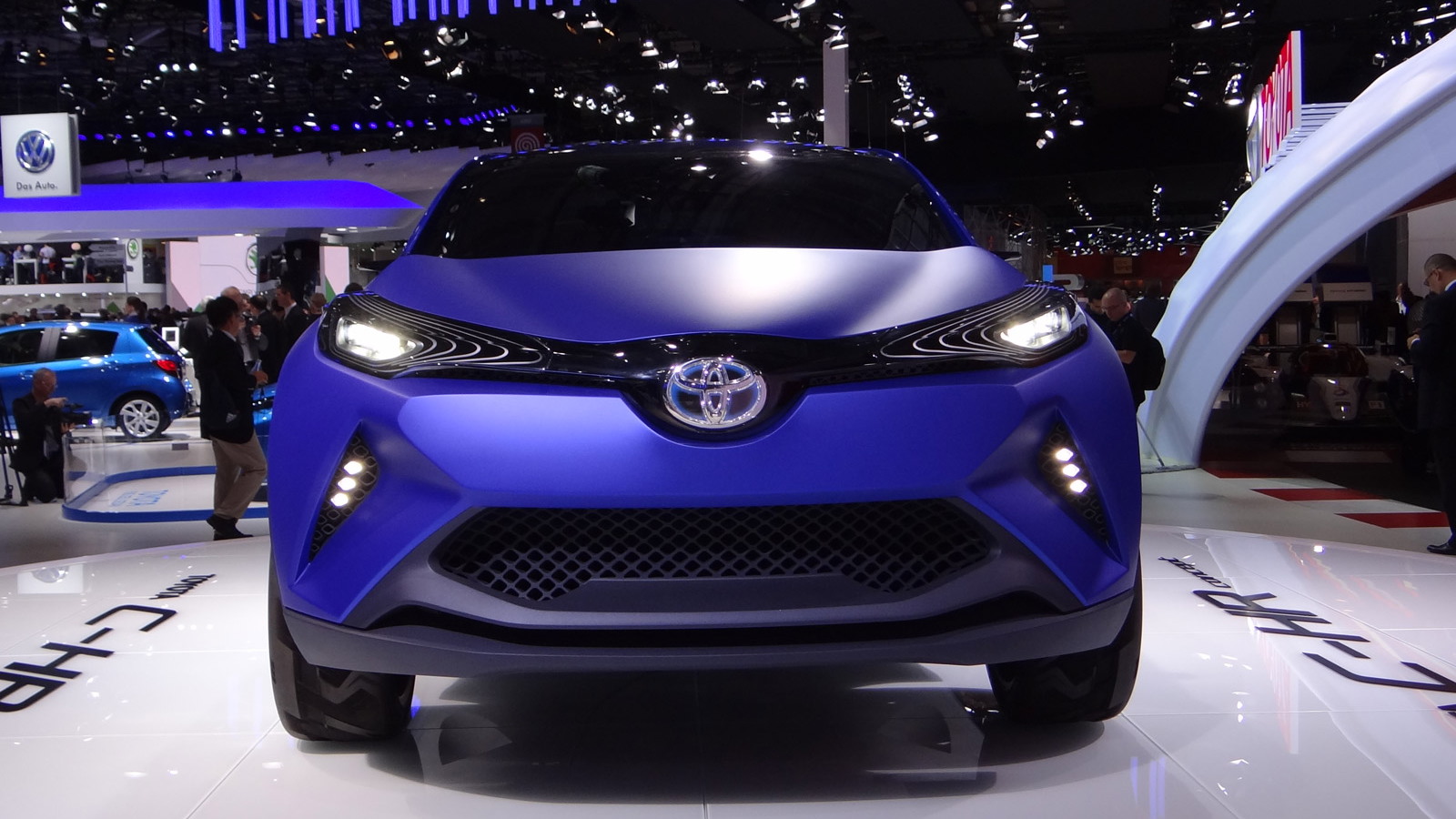 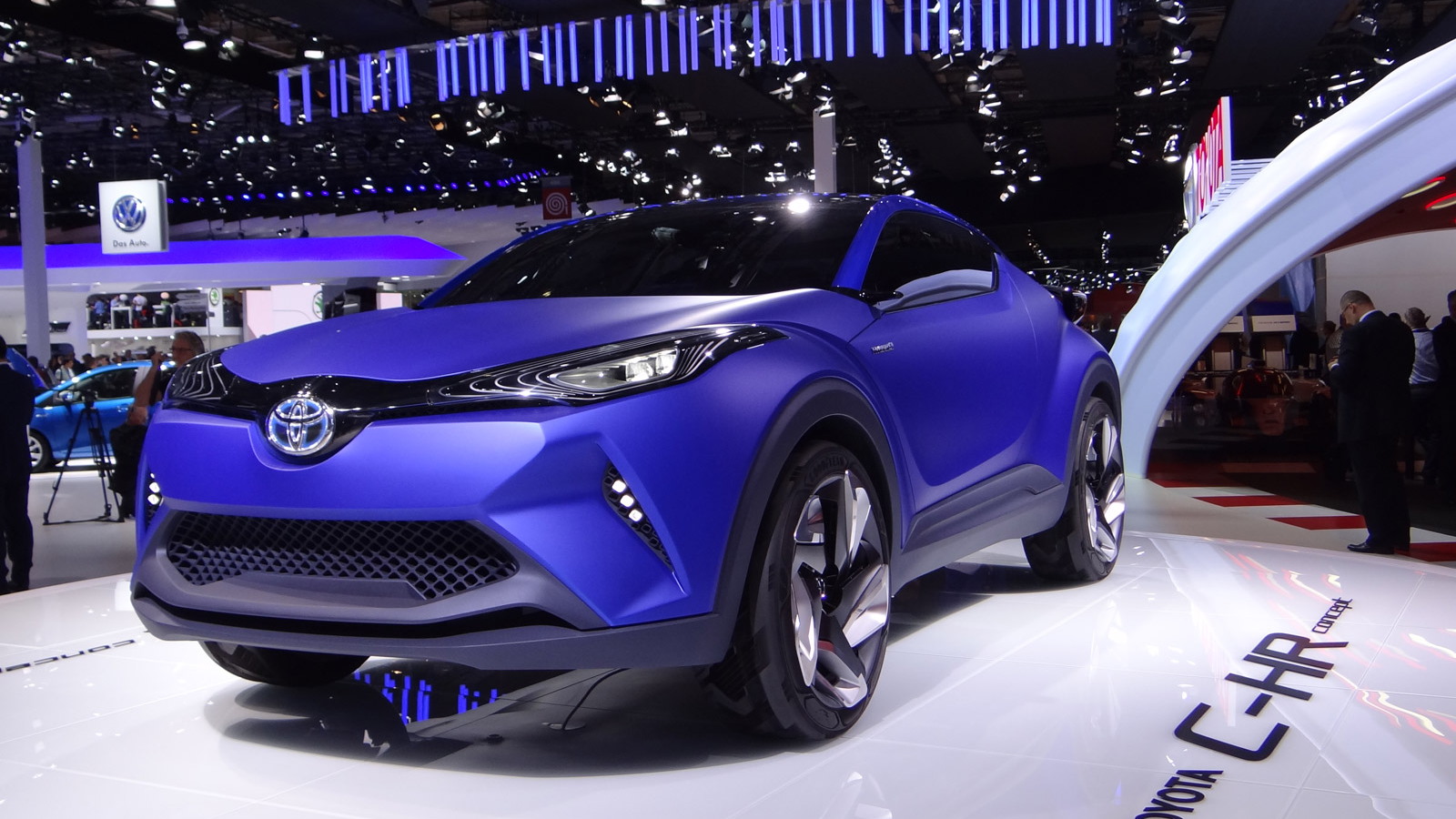 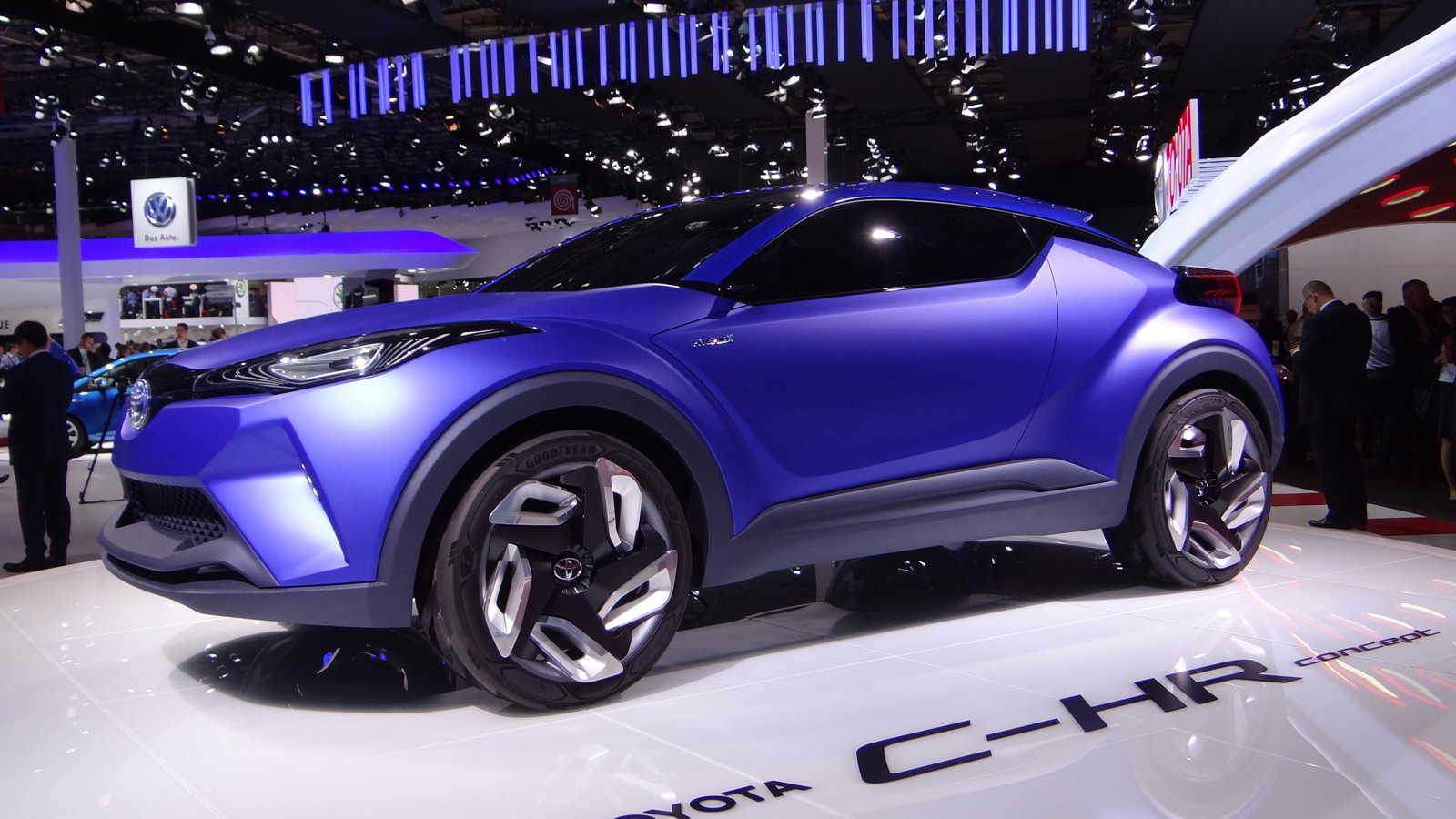 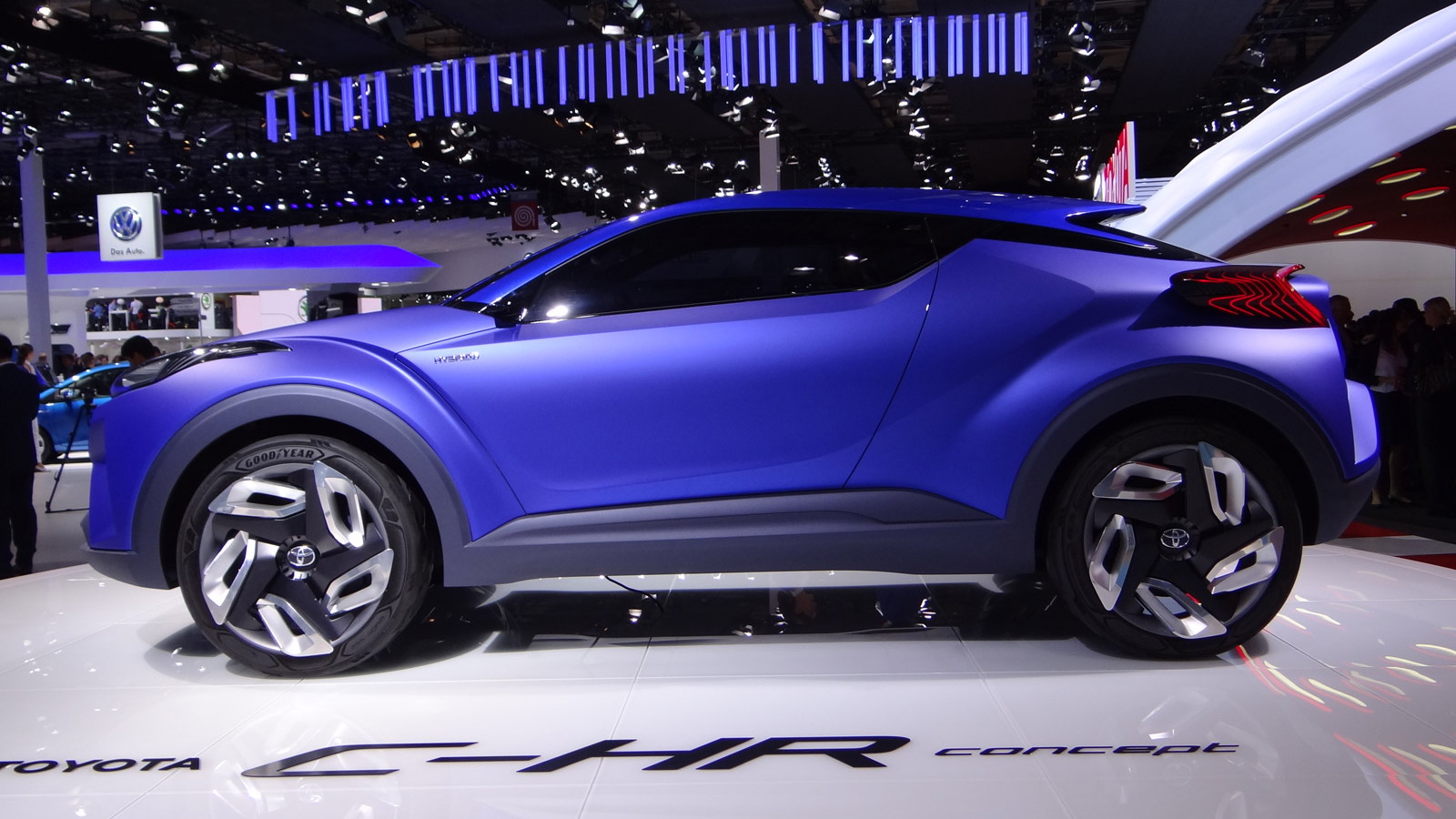 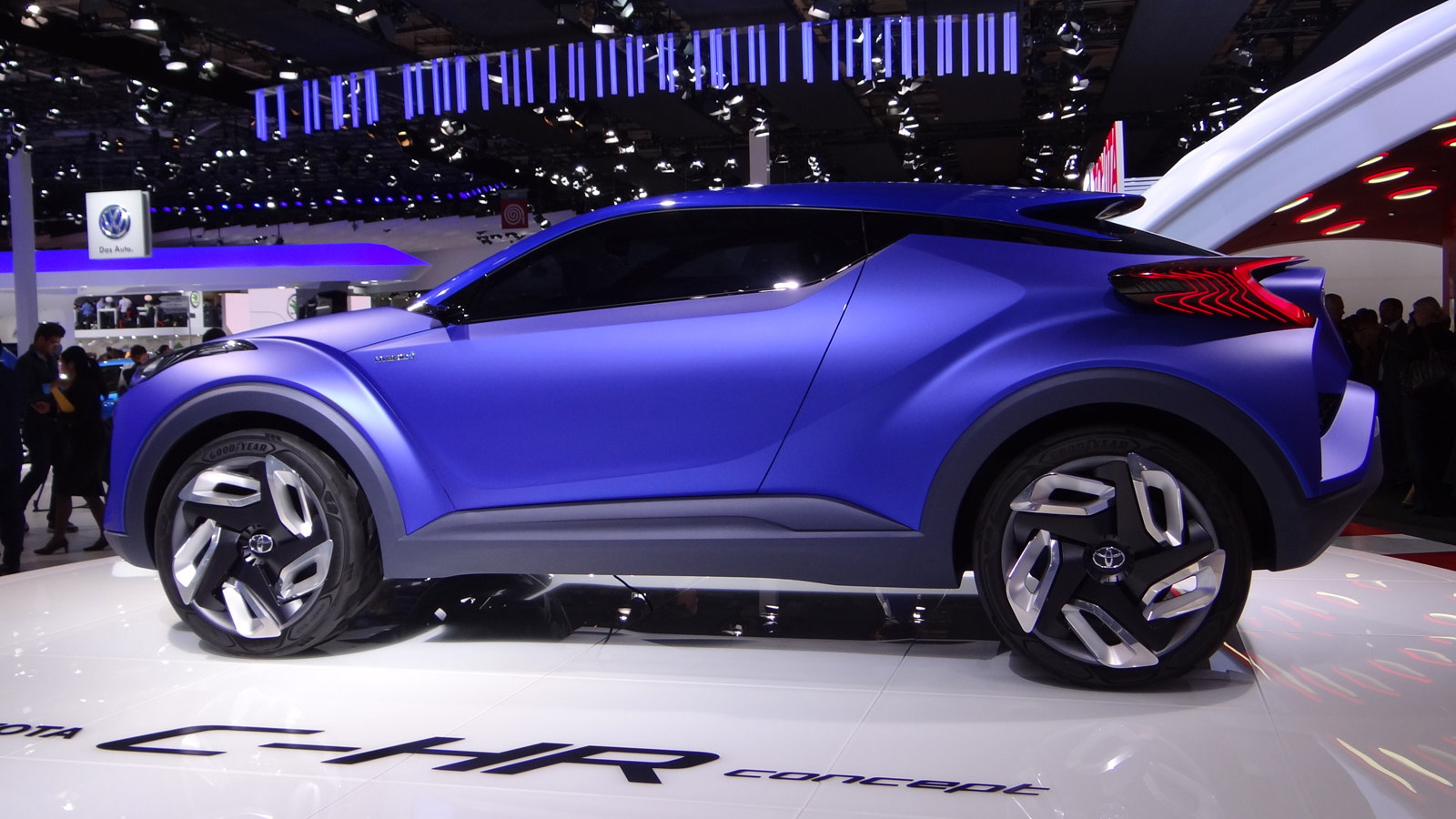 Toyota’s new C-HR concept car presented at the 2014 Paris Auto Show this week is a preview of a future subcompact crossover the automaker is working on, something designed to take on the Nissan Juke and a similar vehicle in the works at Volkswagen. To stand out from the crowd, the Toyota is expected to feature a hybrid powertrain, which the C-HR is packing.

But the concept doesn’t only preview a future model; it also showcases Toyota’s new ‘Keen Look and Under Priority’ design language, already found on the latest Camry and Yaris models. Shown on a crossover form for the first time, the oddly named design language’s key theme is a cross-shaped front where the top and bottom parts are separated.

Keen Look and Under Priority also introduces a new style of body sculpting for Toyota, which features a precision-cut, faceted look and corners that have been cleanly shaved off. The cabin profile is very sleek and is topped by a slim, floating roofline ending in a spoiler. Finally, the roof’s length is exaggerated by C-pillars that taper to needle points either side of the rear screen.

In addition to these new styling themes, the C-HR also rides on a brand new platform that will underpin future Toyota models. Key elements of the design include a low center of gravity, high structural rigidity and compatibility with hybrid powertrains. No further details of the powertrain in the C-HR have been revealed, unfortunately.

For more of our 2014 Paris Auto Show coverage, head to our dedicated hub.