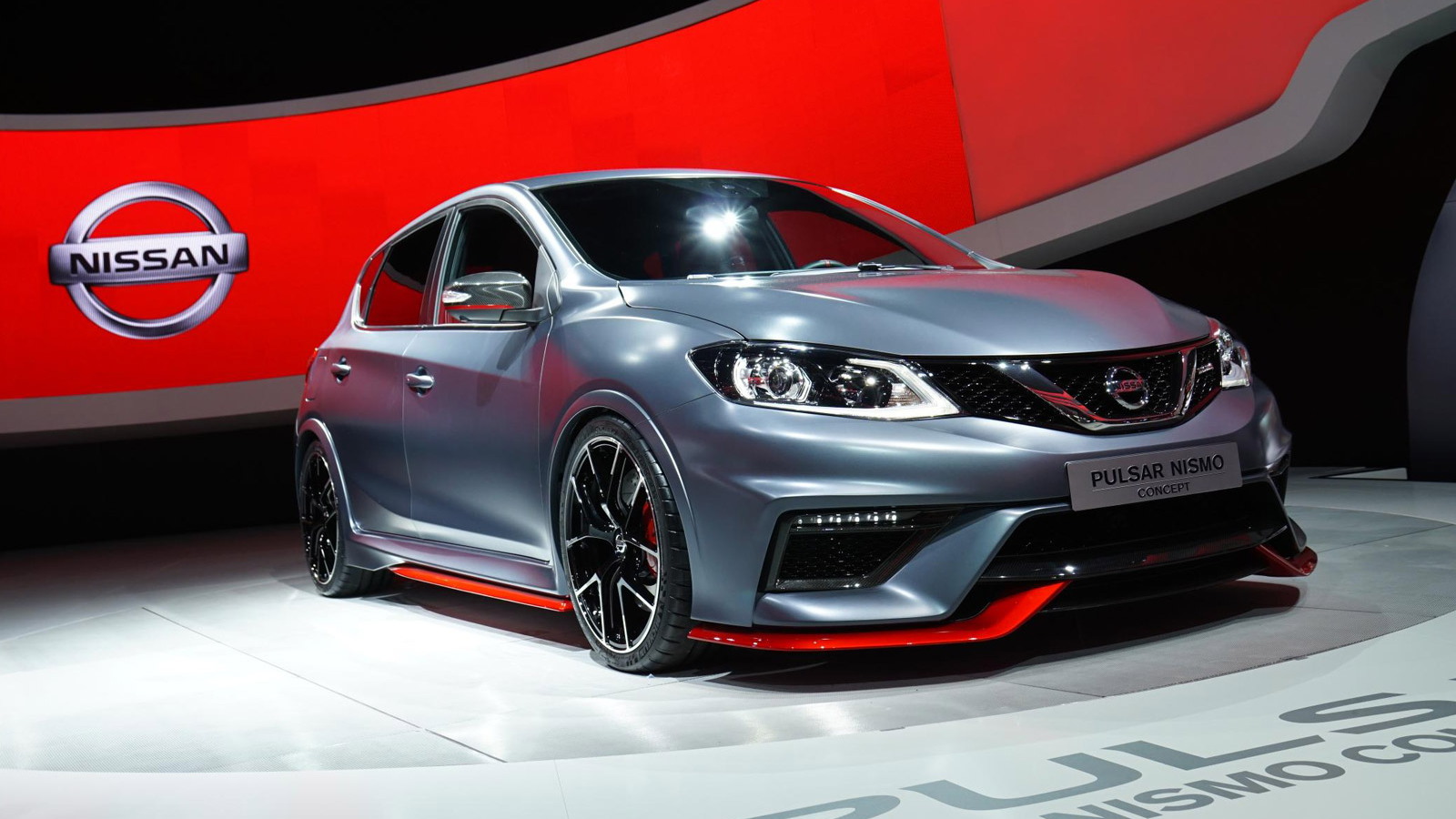 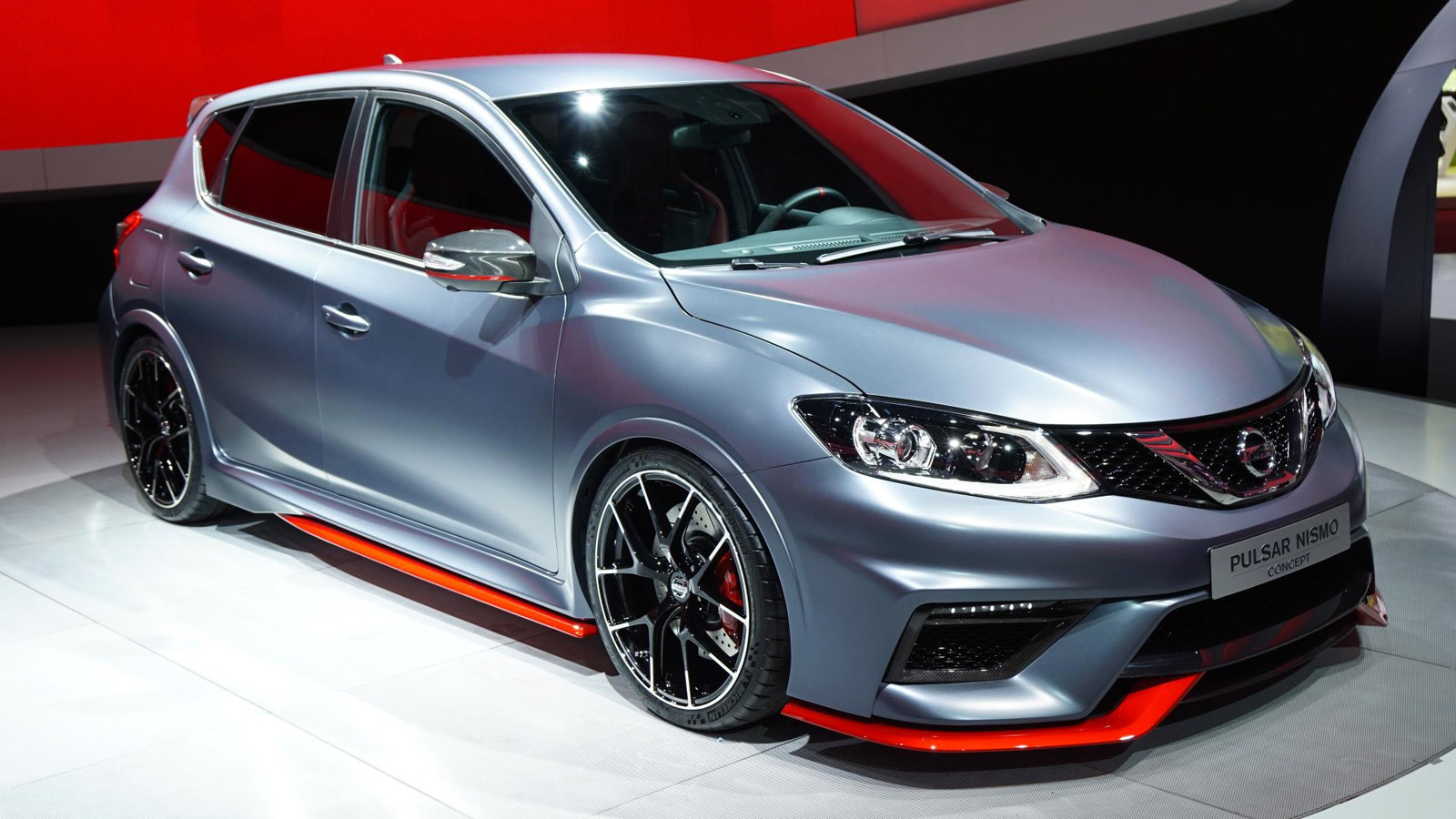 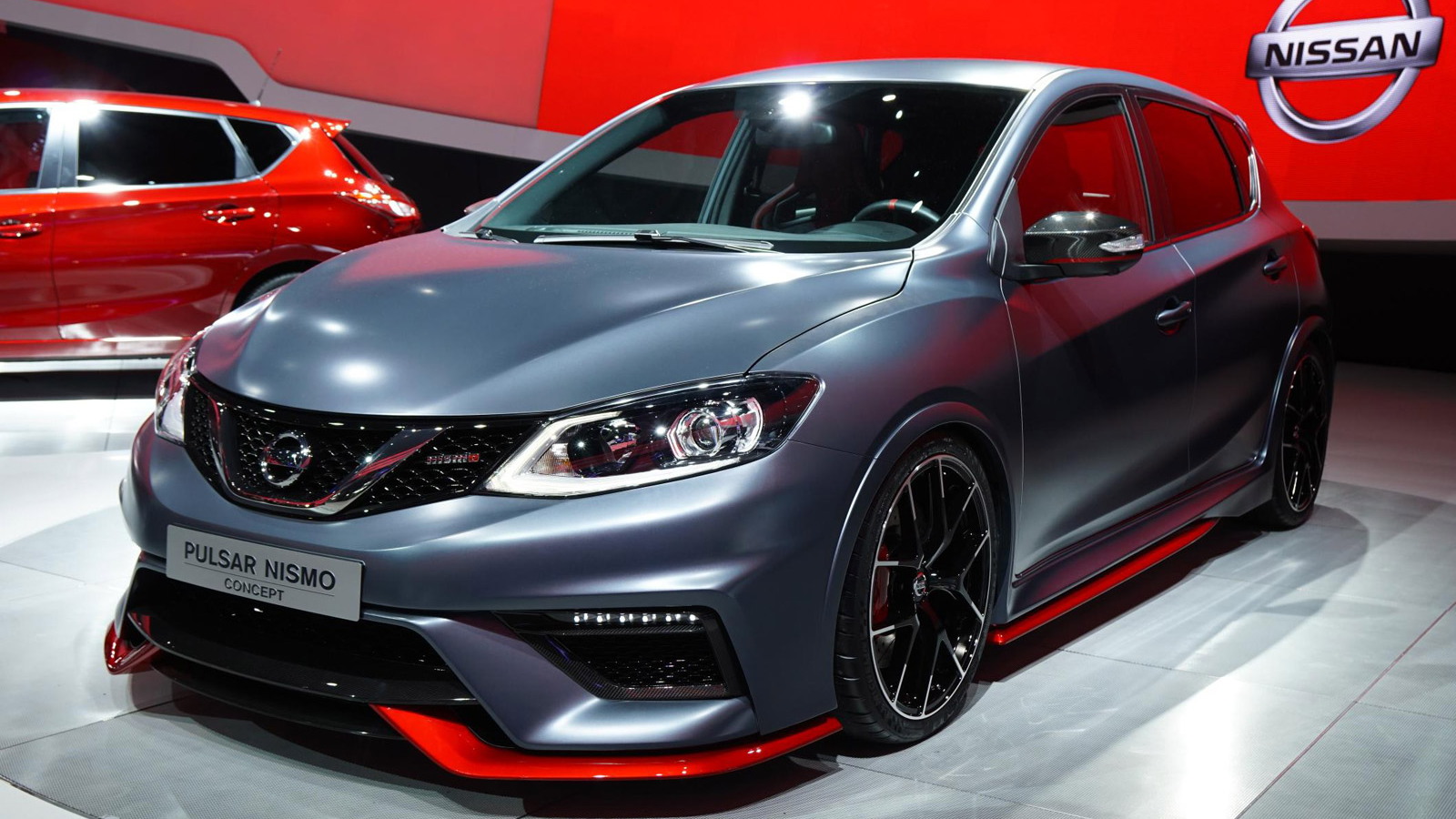 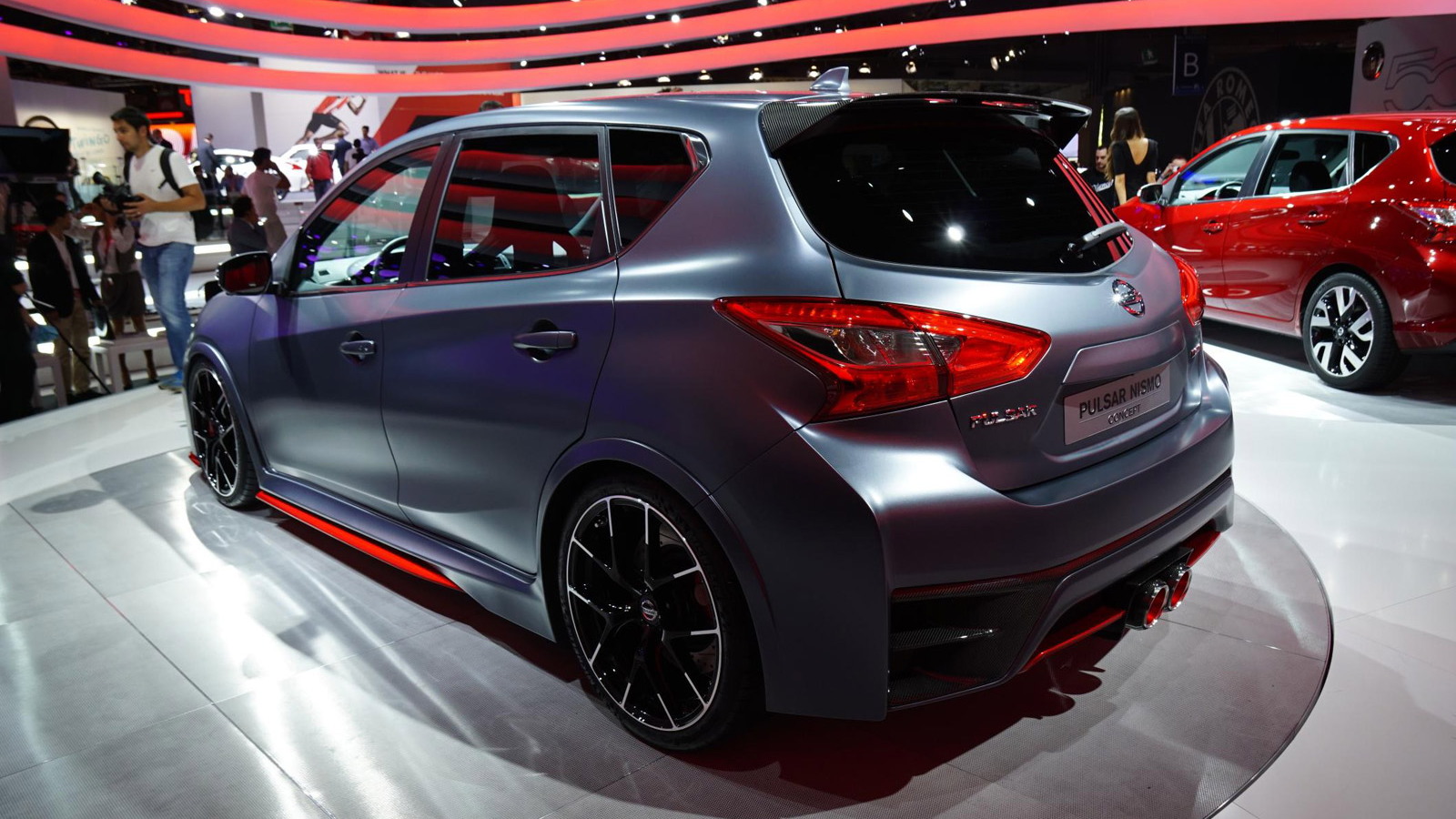 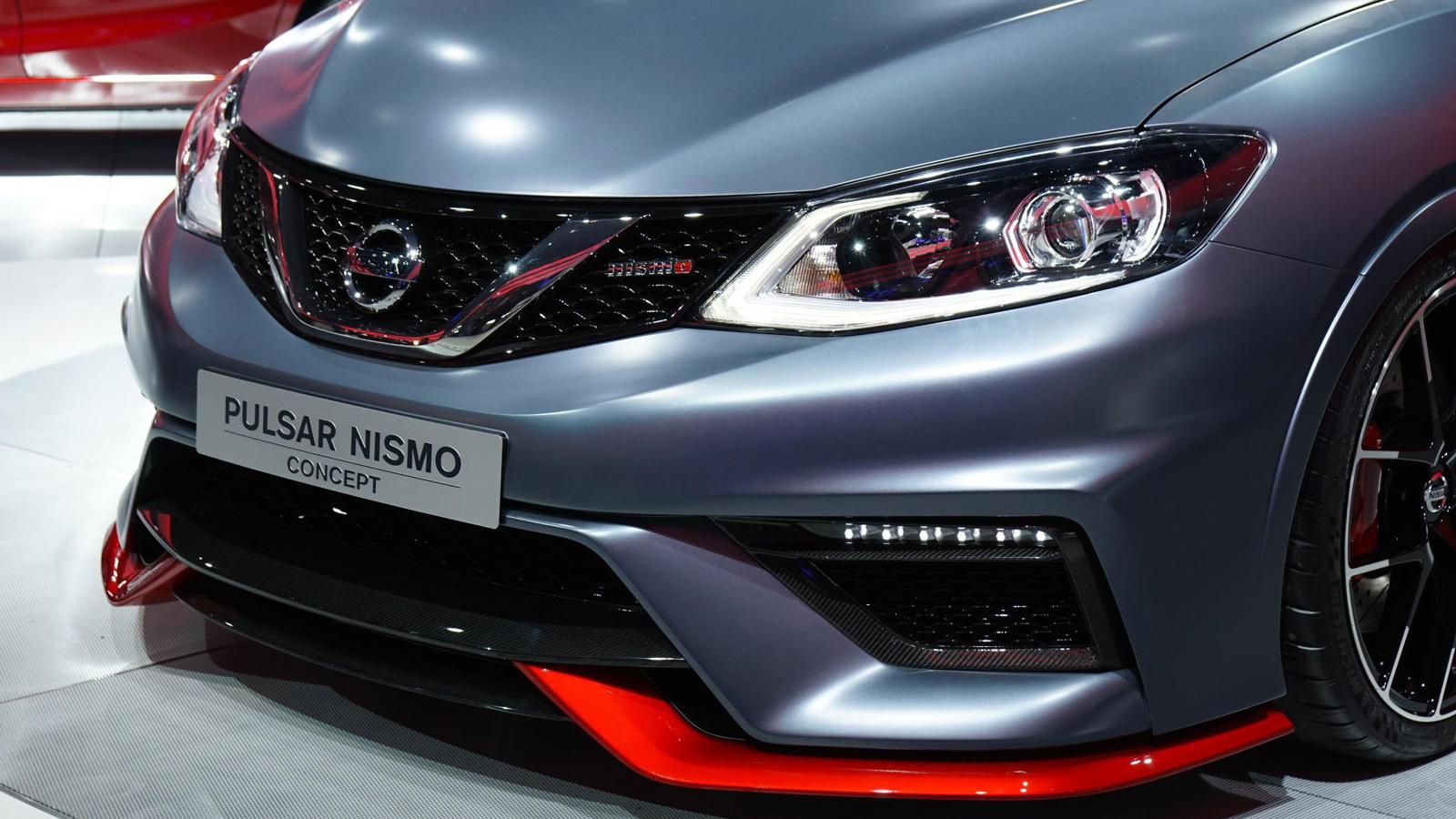 It turns out the Nissan Pulsar NISMO hot hatch we recently spied isn’t a production model just yet, as Nissan has presented the car at the 2014 Paris Auto Show where it’s been labeled a concept. The new Pulsar is a compact hatchback that’s set to do battle with the likes of the Ford Focus, Mazda 3 and Volkswagen Golf on the world stage, and any NISMO-enhanced version—if built—will go up against the respective performance versions of the standard Pulsar's listed rivals.

The Pulsar NISMO concept is described as a design study to explore the styling and engineering possibilities of a performance-oriented version of the new Nissan compact. An aggressive bumper, deeper side skirts, a lower ride height and 19-inch alloy wheels with 235/35 tires give the car an impressive stance, while at the rear a diffuser and a pair of exhaust pipes complete the sporty transformation. The car’s paintwork is finished in satin gray and surrounding the body is NISMO’s signature red accents.

Inside, the Pulsar NISMO concept continues the race-inspired theme with a red colored tachometer, deeply sculpted sports seats trimmed in Alcantara, a sporty three-spoke steering wheel and alloy pedals. A six-speed manual transmission has also been fitted, and the gauge cluster shows that the engine has a redline just shy of 6,500 revs.

Under the skin, the Pulsar NISMO concept features a unique suspension setup that Nissan boasts was developed on the race track. In addition to a lower ride height, the car comes with revised spring and damper settings plus more responsive steering.

Nissan hasn’t revealed the engine of its Pulsar NISMO concept just yet but we do have a few clues. The most powerful Pulsar at present has a turbocharged 1.6-liter four-cylinder engine, which is rated at 187 horsepower. Expect any Pulsar NISMO to get more power than this. As a guide, the same engine delivers 197 hp in the smaller Juke NISMO and as much as 215 hp in the Juke NISMO RS.