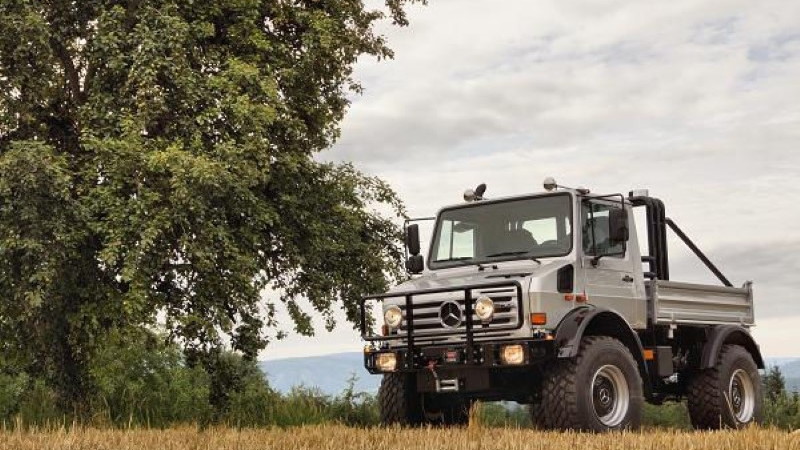 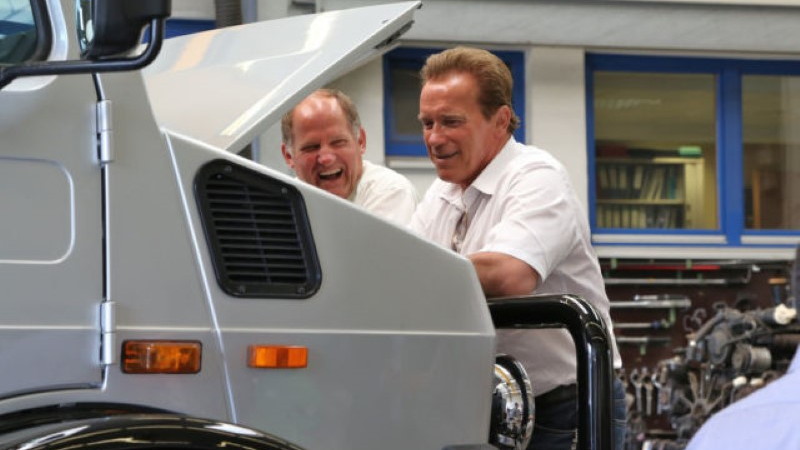 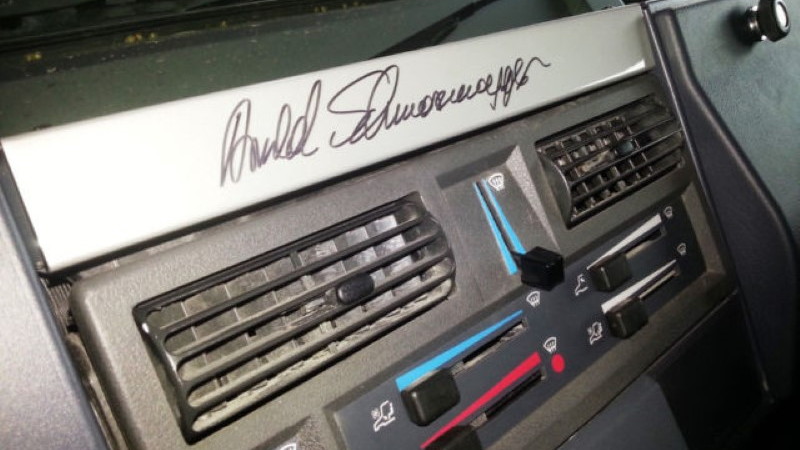 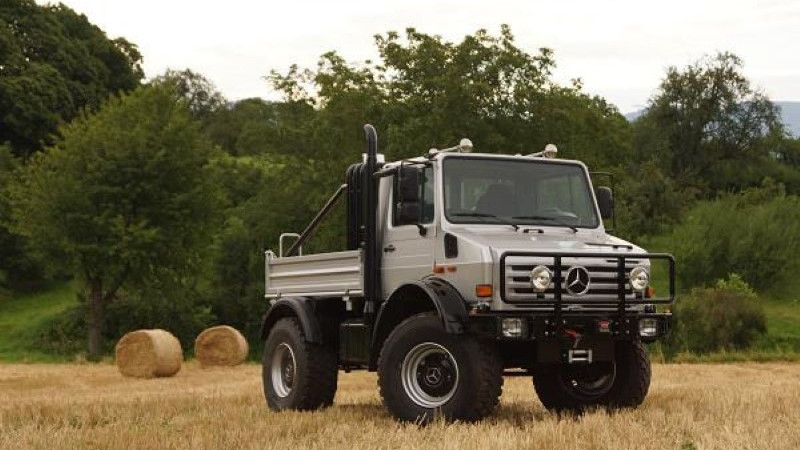 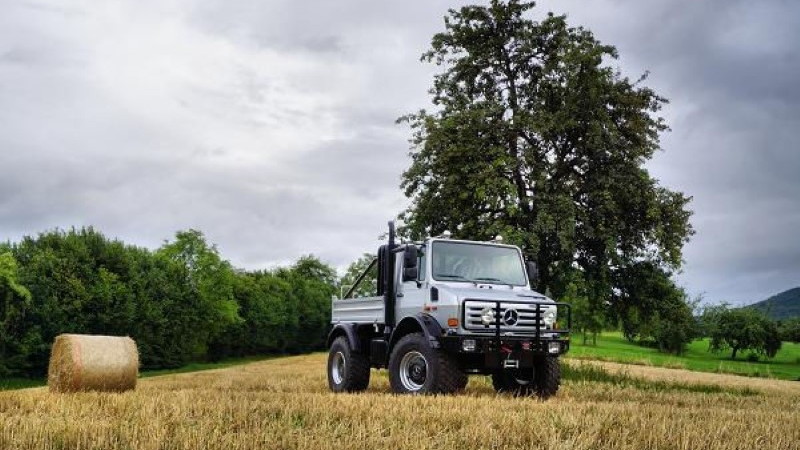 6
photos
Some people just don't look right in regular cars. Arnold Schwarzenegger is one of those people. The man who made a Harley-Davidson Fat Boy look small in Terminator 2: Judgement Day has counted a HumVee, a Unimog and even a tank among his personal vehicles, all of which seem strangely appropriate for a man who made his name beating, shooting and killing his foes on the silver screen.

Now, his Unimog—a Unimog U1300 SE 6.4 made to his own specifications—is up for sale on German classifieds Mobile (via World Car Fans). And if you've got the required 200,000 euros or so to buy it, you too can absorb some of Arnie's powers. Or something. Whatever happens, you'll have a pretty striking vehicle which is road-legal in the U.S, as well as its native Germany. As a 1977 model, it also benefits from full vintage car approval in its home country—though it does have a more modern engine.

Schwarzenegger might have been supportive of several green policies during his time as Governator of California, but the Unimog's 6.4-liter, 320-horsepower turbodiesel isn't exactly the cleanest of lumps. Designed more for commercial use, it only complies with Euro 3 emissions regulations which came into force in January 2000 and permit over ten times the harmful particulate matter that current European regulations do. Still, this probably won't be a daily driver for its eventual owner, who might instead appreciate the 22-inch wheels and Michelin XZL 445/65 tires, the air suspension, the trailer brake system, roll bar, Hella lights or the flatbed—complete with a built-in bench seat for three.

Its full after-tax price of 208,250 euros (175,000 before Germany's 19 percent purchase tax) could be considered a bargain, though. That currently equates to just under $275,000, or only around $25,000 more than it was originally rumored to cost when Arnie took delivery. There's some celebrity mark-up there for sure (Arnie's signature even features on the dash), but it only shows 2,100 kilometers (1,300 miles) on the odometer and as a 1977 example it's definitely a classic (of sorts)—and we all know the classic market is on its way up...