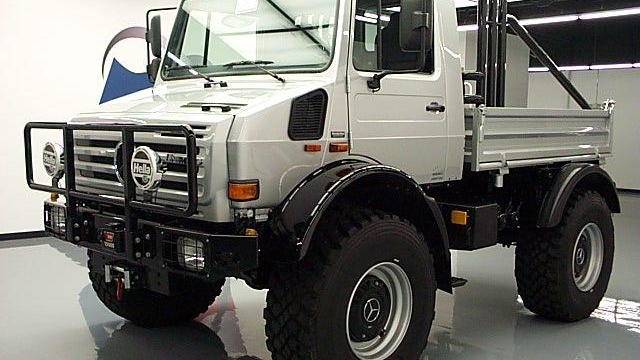 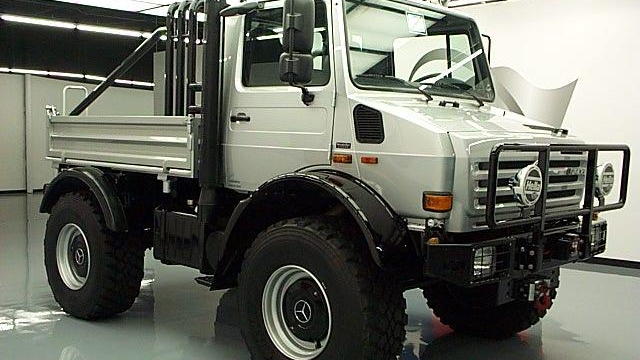 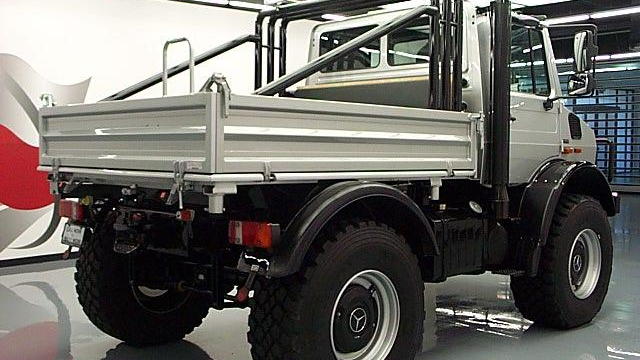 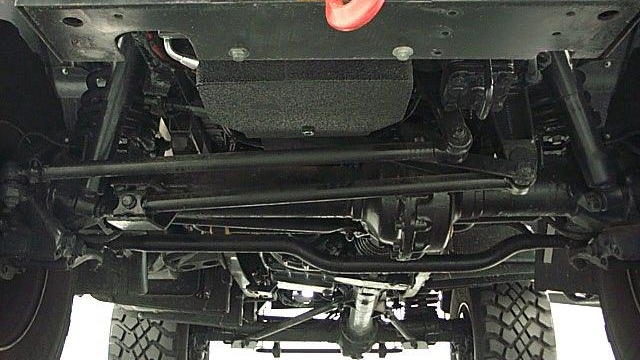 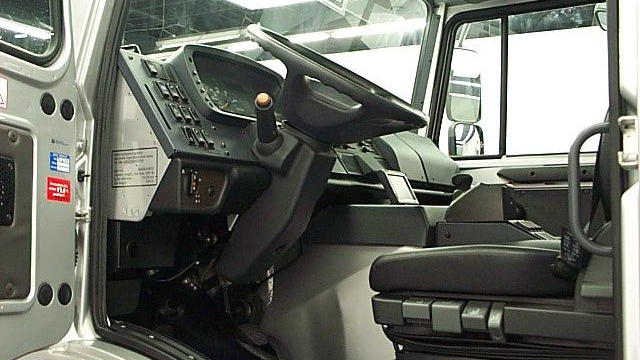 Arnold Schwarzenegger is a large man who—naturally—likes his vehicles just as large. When it was time to let his Humvee fall by the wayside, the Austrian-born muscle man stepped up. It was time for something new, something like a Unimog U1300 SE 6.4. It's a go-anywhere brute of a Benz that was built to Arnie's exacting specifications. Now, it can be your brute of a Benz.

The tough truck is sitting on a dealer lot in Texas. It was last purchased over a year ago in Germany for a handsome six-figure sum, and now it's back up for sale still bearing Arnold's signature atop the center stack. The asking price this time around? An Andrew Jackson shy of $351,000. That's the Buy-It-Now price of the eBay listing.

You could always make an offer, of course. Maybe there's some wiggle room with the listing in the little more than a day it has left. It's a large chunk of coin, to be sure, but you're essentially winding up with the phrase "I'll be back" in vehicular form.

That's because you can go anywhere, and you're pretty much guaranteed to make it back out when you're driving this Unimog. Why? Because this beast has a 6.4-liter turbodiesel that has over 320 horsepower of grunt. It also rides on 22-inch wheels shod with Michelin XZL 445/65 tires and an air suspension system.