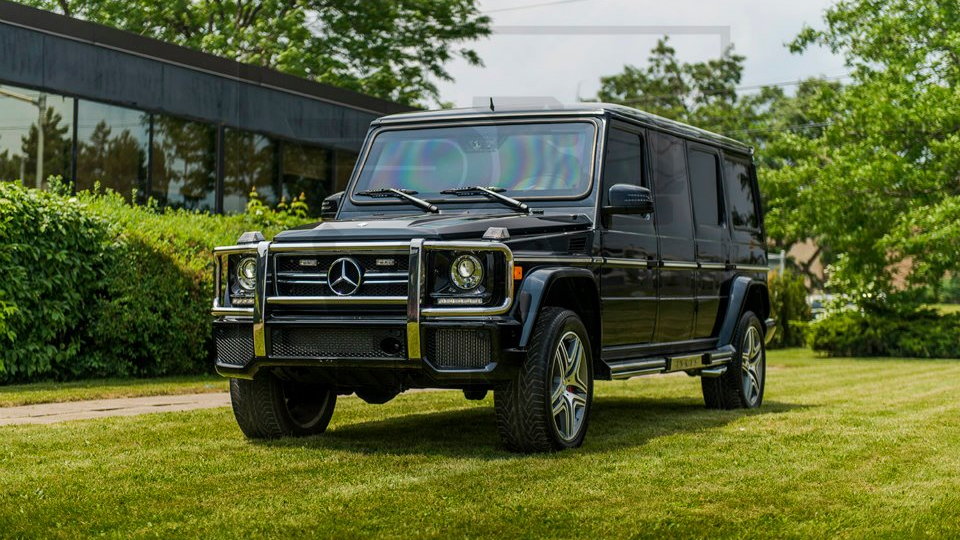 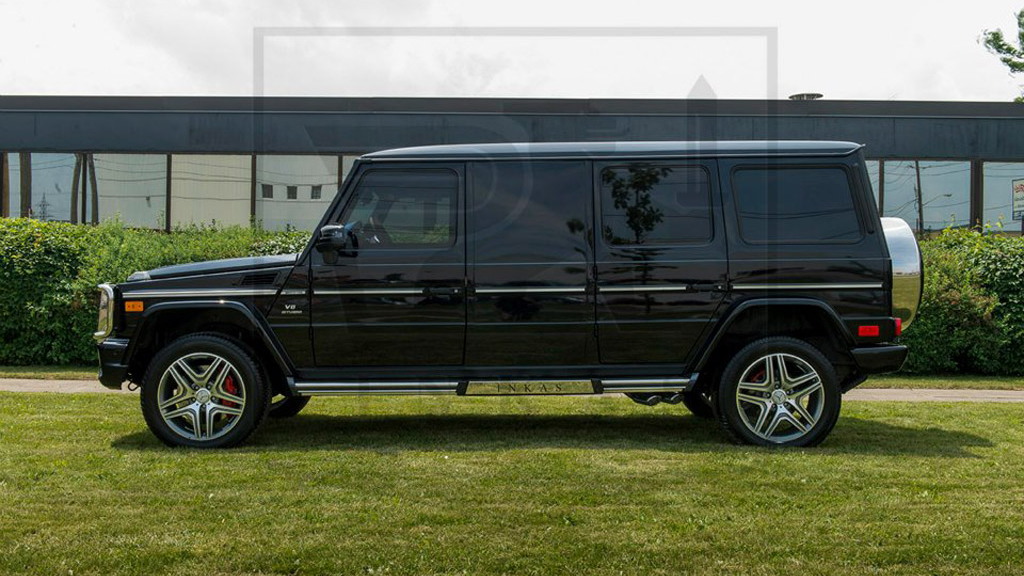 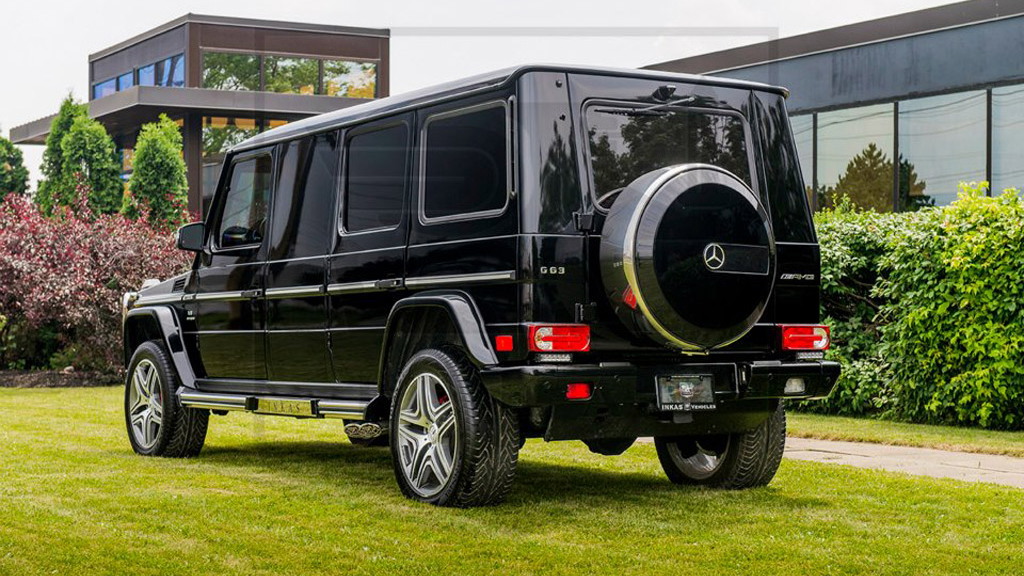 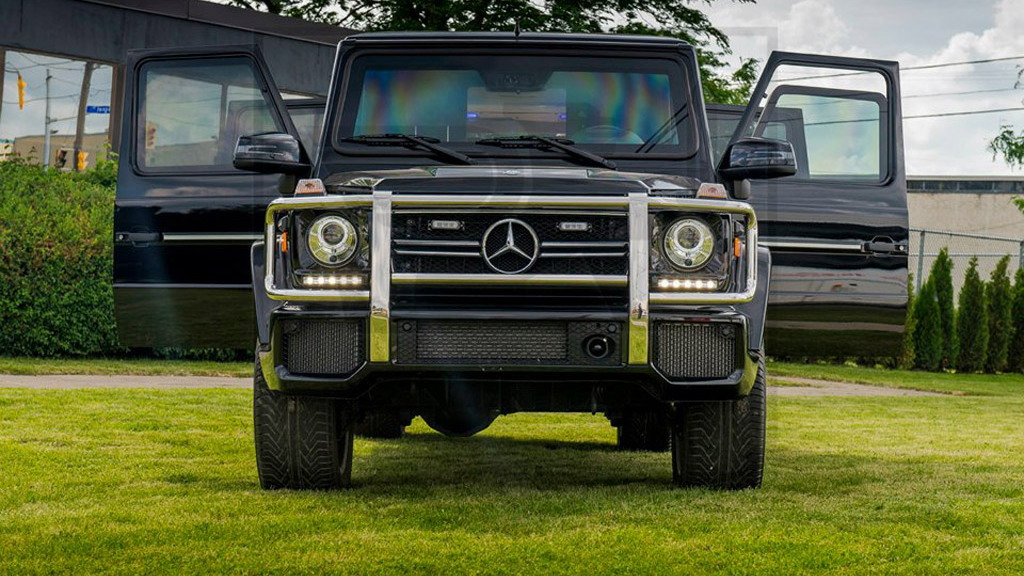 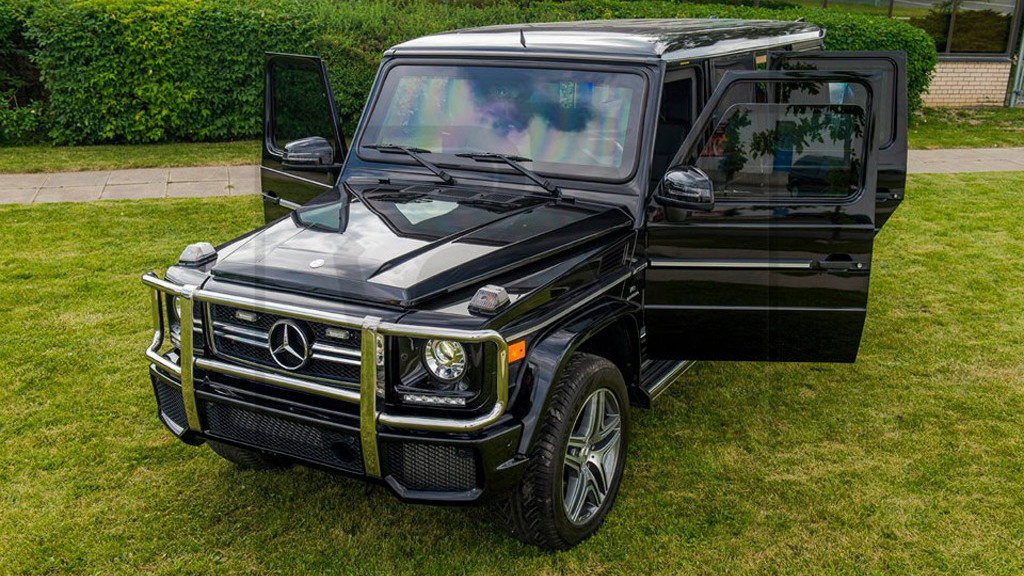 10
photos
For those in need of an armored car, a former military vehicle seems like a sound choice. Those tend to be cramped, loud, and low on amenities though. Unless the vehicle in question is a Mercedes-Benz G63 AMG, that is.

Canadian firm INKAS will turn the G63 AMG into an armored limousine with an interior as luxurious as its exterior is tough and intimidating.

ALSO SEE: Compilation Of Supercars Starting Is A Great Use Of The Internet: Video

The G63 gets stretched at the B-pillar, making room for an entertainment center. The rear seats sport footrests and can recline flat. Naturally, everything is trimmed in leather and wood,

The exterior gets a different type of expensive trim. While it looks essentially stock--even retaining the factory side exhaust--the Inkas G63 limo is fully armored, with a reinforced roof, doors, glass, quarter panels, firewall and pillars. INKAS says it will withstand 7.62 mm ammunition, while the floor can withstand a blast from two DM51 grenades detonated simultaneously.

Other notable features include "bullet catchers" designed to deflect projectiles away from the door crevices, protection for the battery, electronic control module, and fuel tank, and reinforced hinges to handle the weight of the armored doors.

The 5.5-liter, twin-turbocharged V-8 gets a slight power bump, from 536 horsepower to 544. Torque remains the same at 560 pound-feet, but the stock 0 to 60 mph time of 5.3 seconds probably isn't possible, given the added weight of the armor.

INKAS will also armor a stock G63 AMG without converting it into a limo. The real question, though, is what it would do if presented with a G63 AMG 6x6.