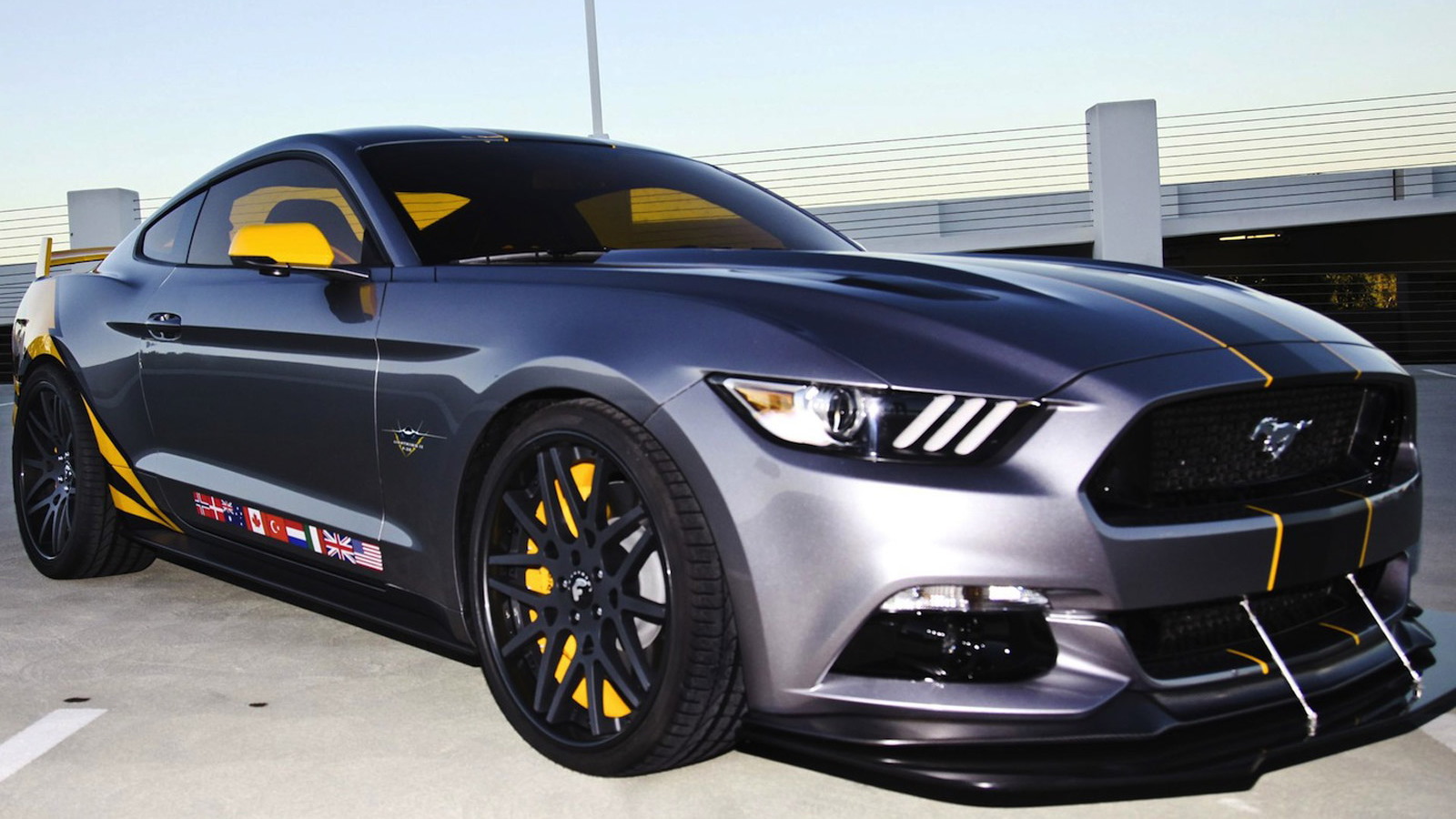 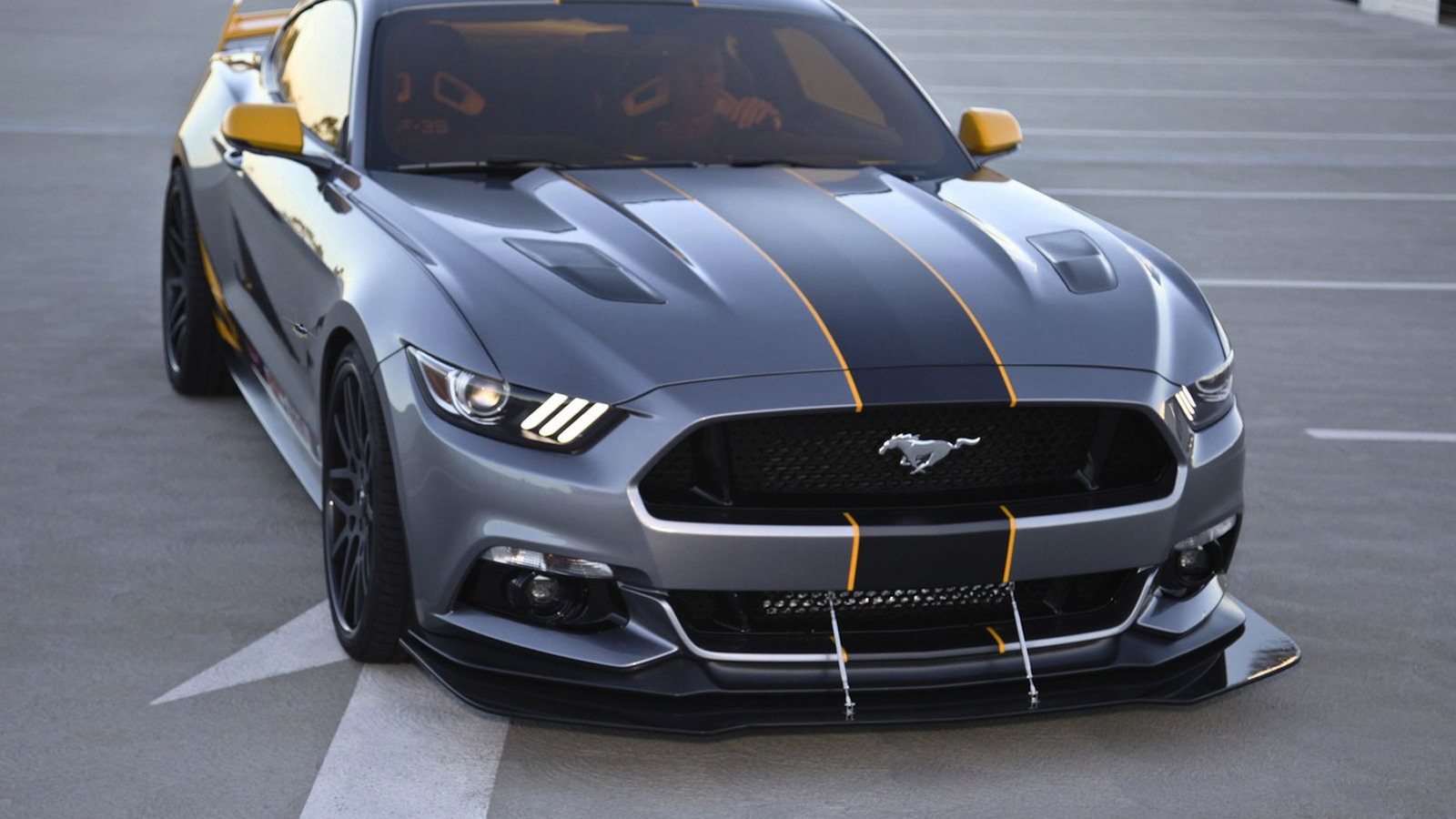 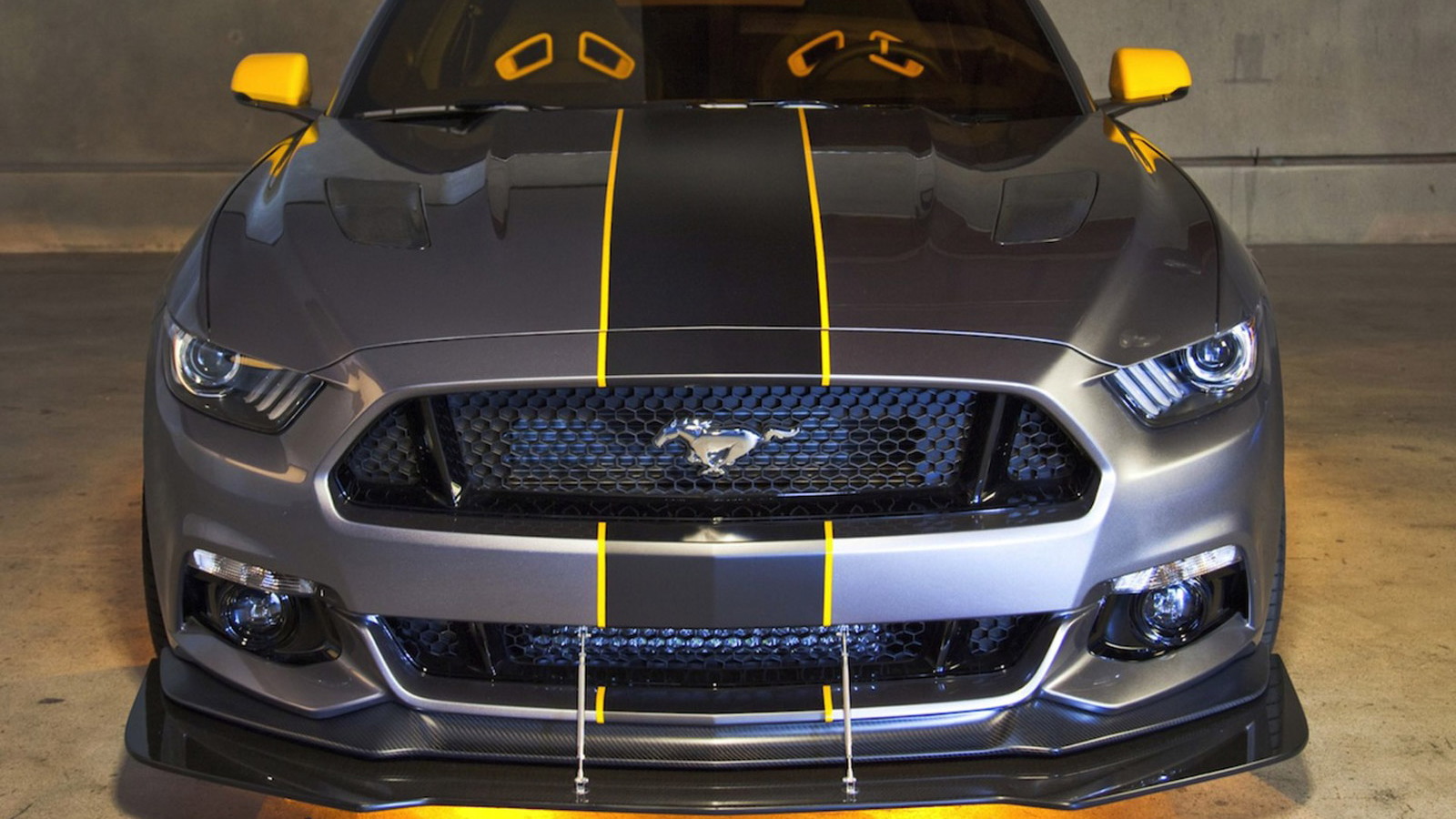 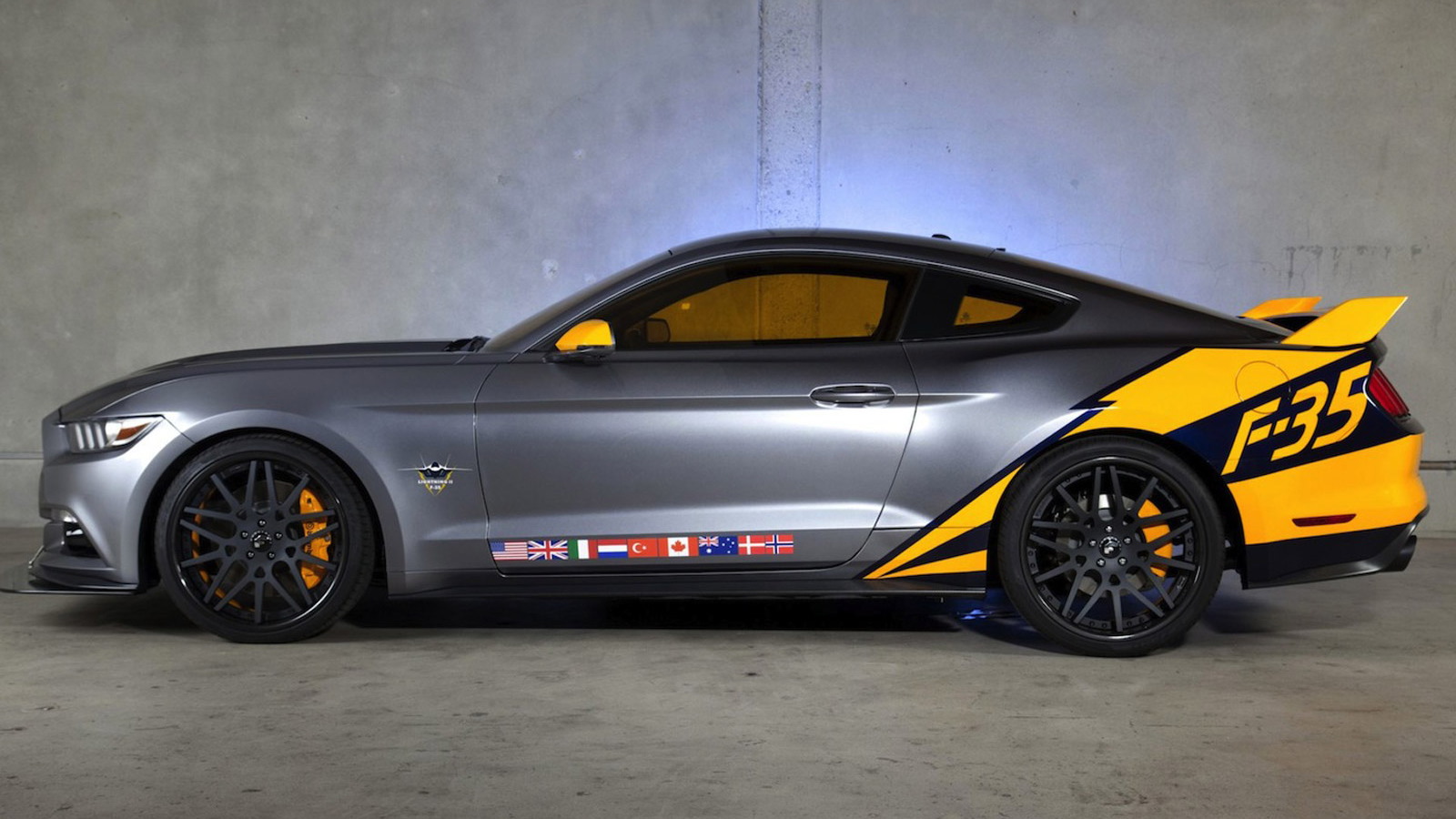 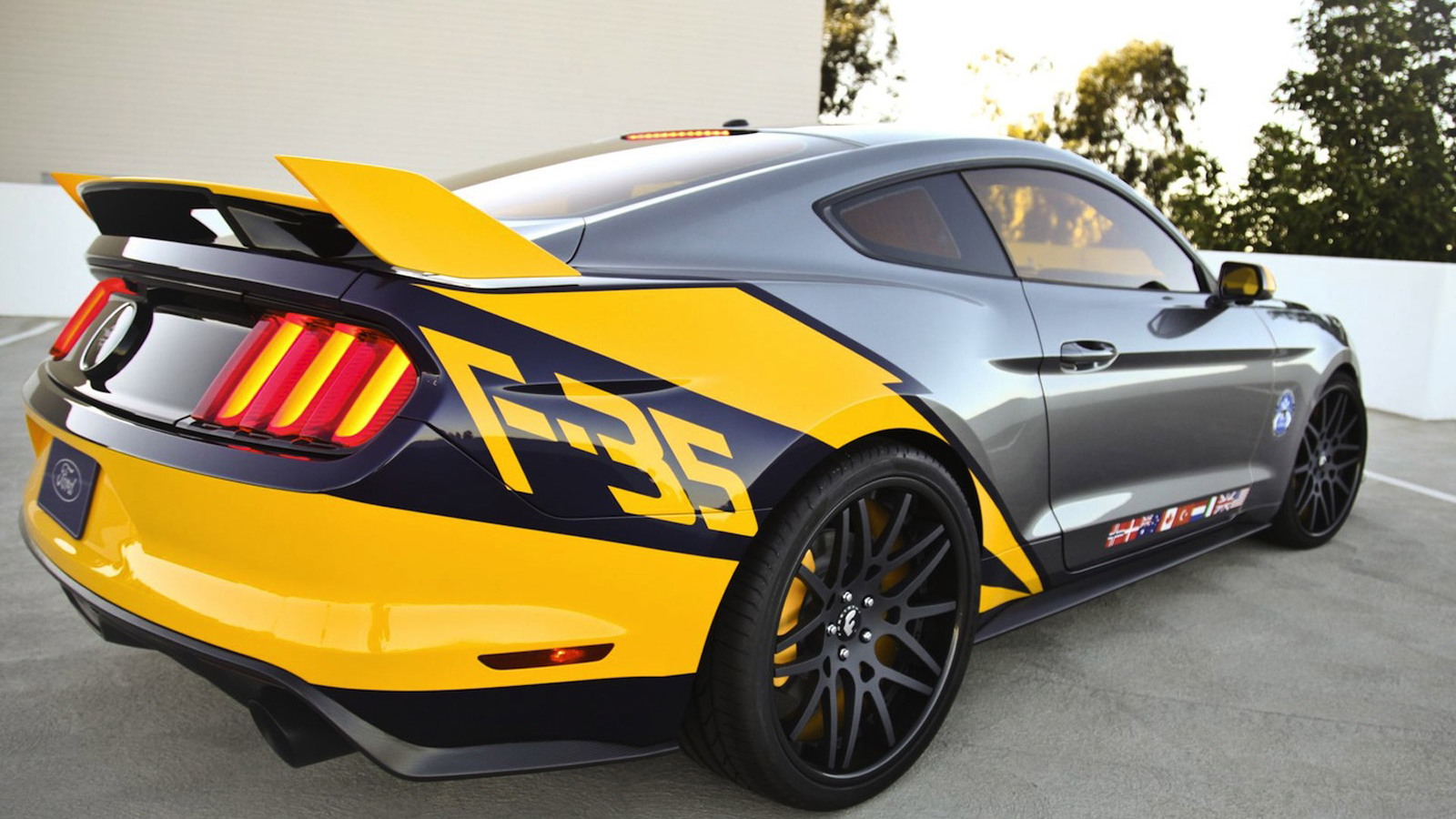 8
photos
The name Mustang is as intrinsically linked with aviation as it is with automobiles, so it seems appropriate that Ford's latest one-off Mustang build has been inspired by one of America's latest fighter jets. The special 2015 Ford Mustang has been inspired by the Lockheed Martin F-35 Lightning II, and is set to be auctioned off at the Gathering of Eagles charity event at EAA AirVenture, a fly-in aircraft convention taking place this week in Oshkosh, Wisconsin.

Ford has supported the event for many years now, producing previous special edition Mustangs inspired by the Air Force Thunderbirds, the Navy's Blue Angels and the Red Tails display teams, among others. Few have been quite as dramatic as the latest F-35-inspired car, which is made extra special by the fact that it is based on the all-new Mustang, in GT specification.

The 2015 gets a combination of glossy and matte titanium-colored paintwork, with a large blue and yellow lightning bolt motif on the rear flanks. There's also a deep carbon fiber splitter to define the aggressive front end styling, a rear diffuser, a set of Recaro seats and some other interior tweaks to give it a suitably aeronautical appearance.

Proceeds from the car's auction will go towards the EAA Young Eagles program—a non-profit organization that has provided free flights to over two million 8-17 year-olds since 1992, with the aim of inspiring them to take up a career in aviation and its related faculties. Last year's Thunderbirds Mustang sold for almost $400K—so there will be high hopes for the Lightning.

Unfortunately for the actual F-35 fighter jet, the fleet has been grounded due to safety concerns after an engine fire. However, investigators are said to be close to determining the cause of the fire.