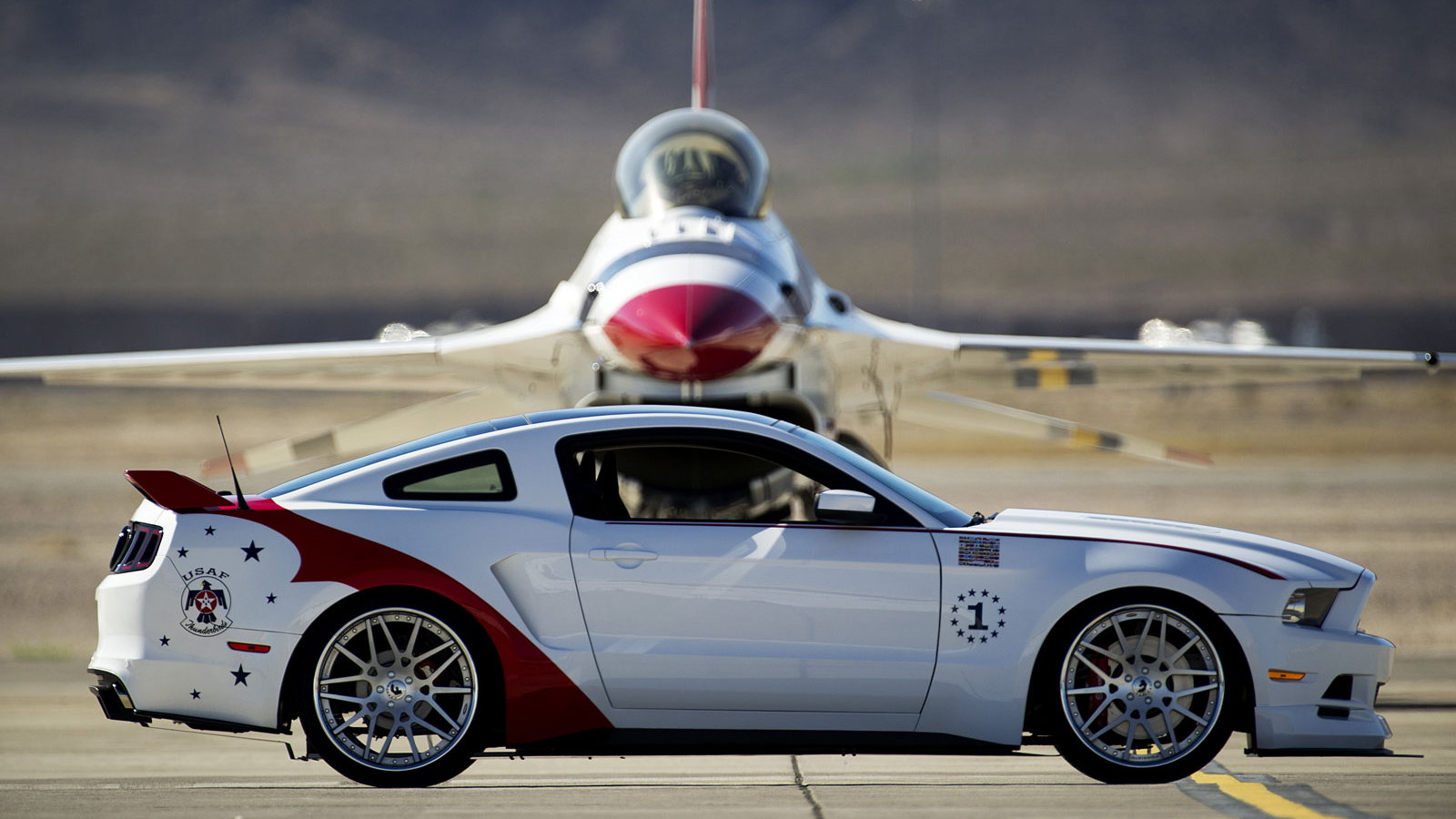 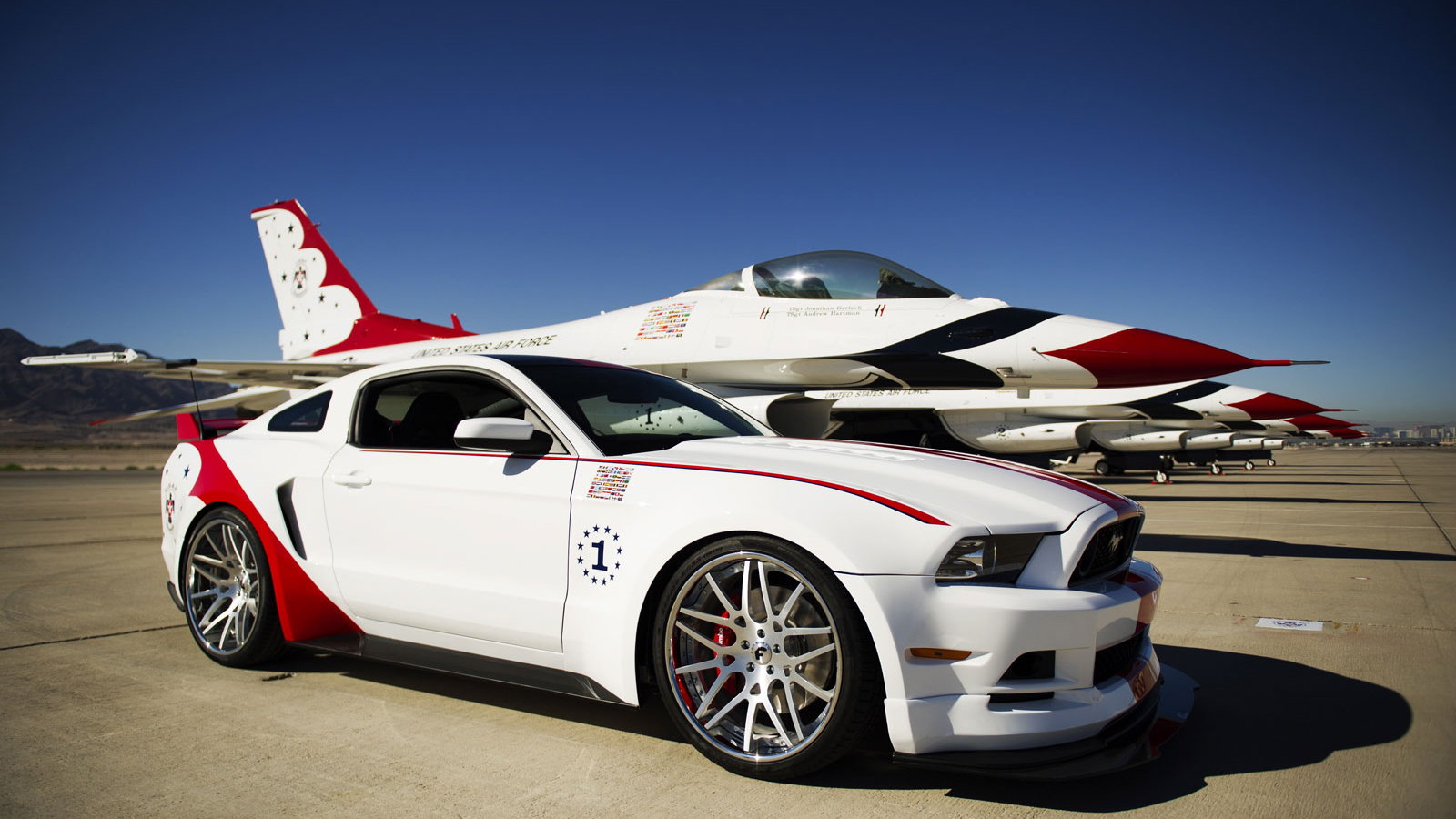 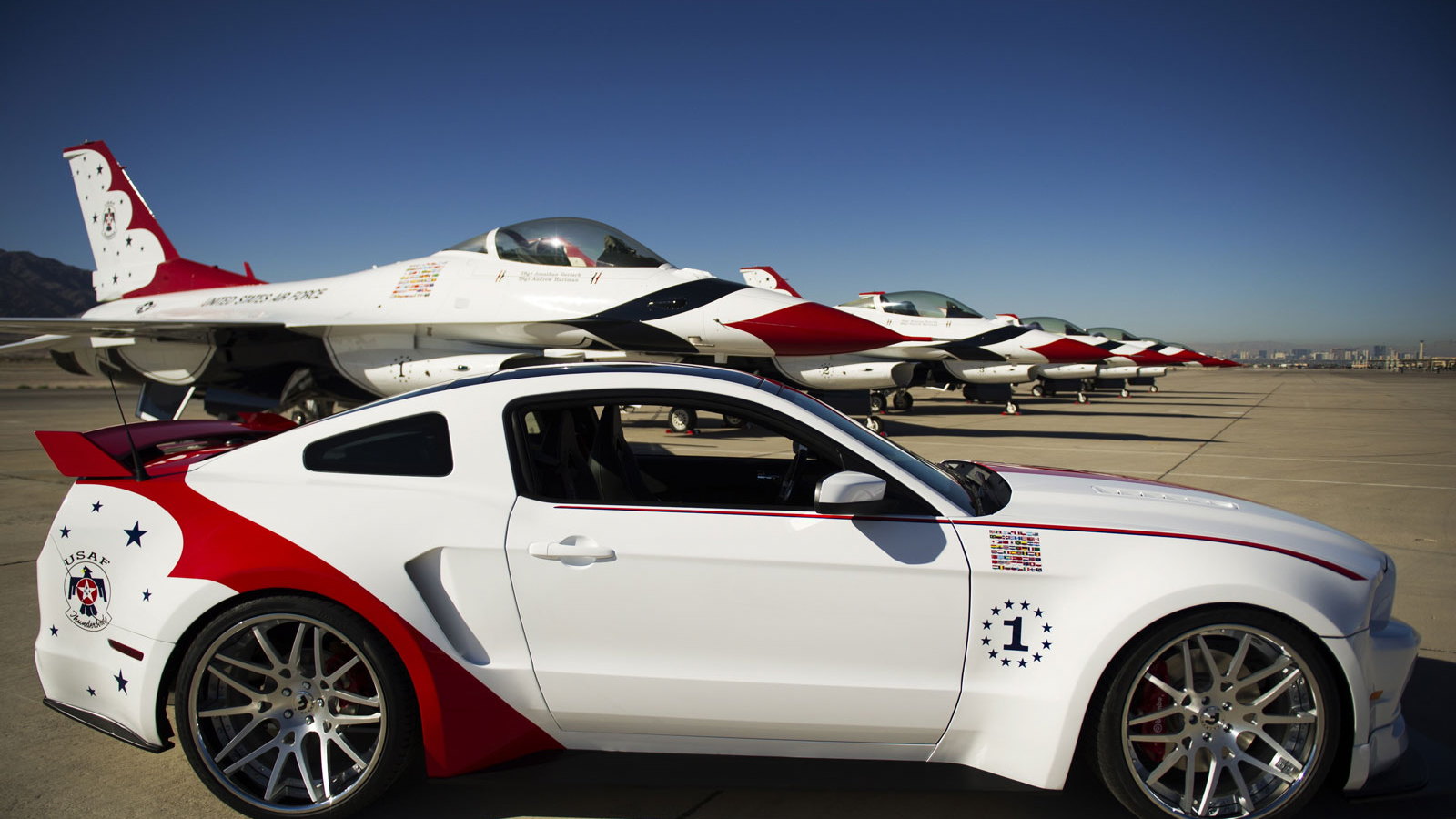 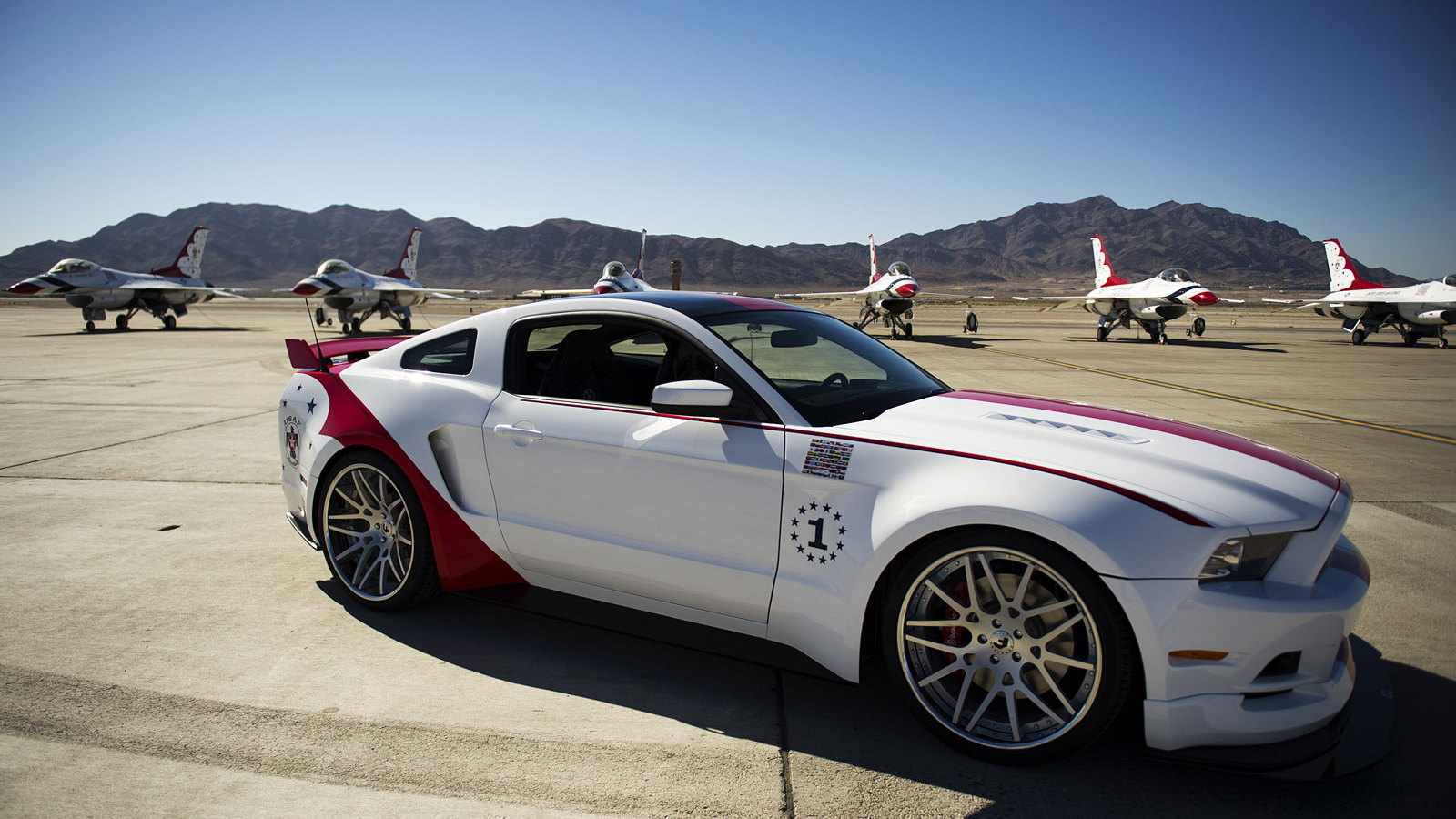 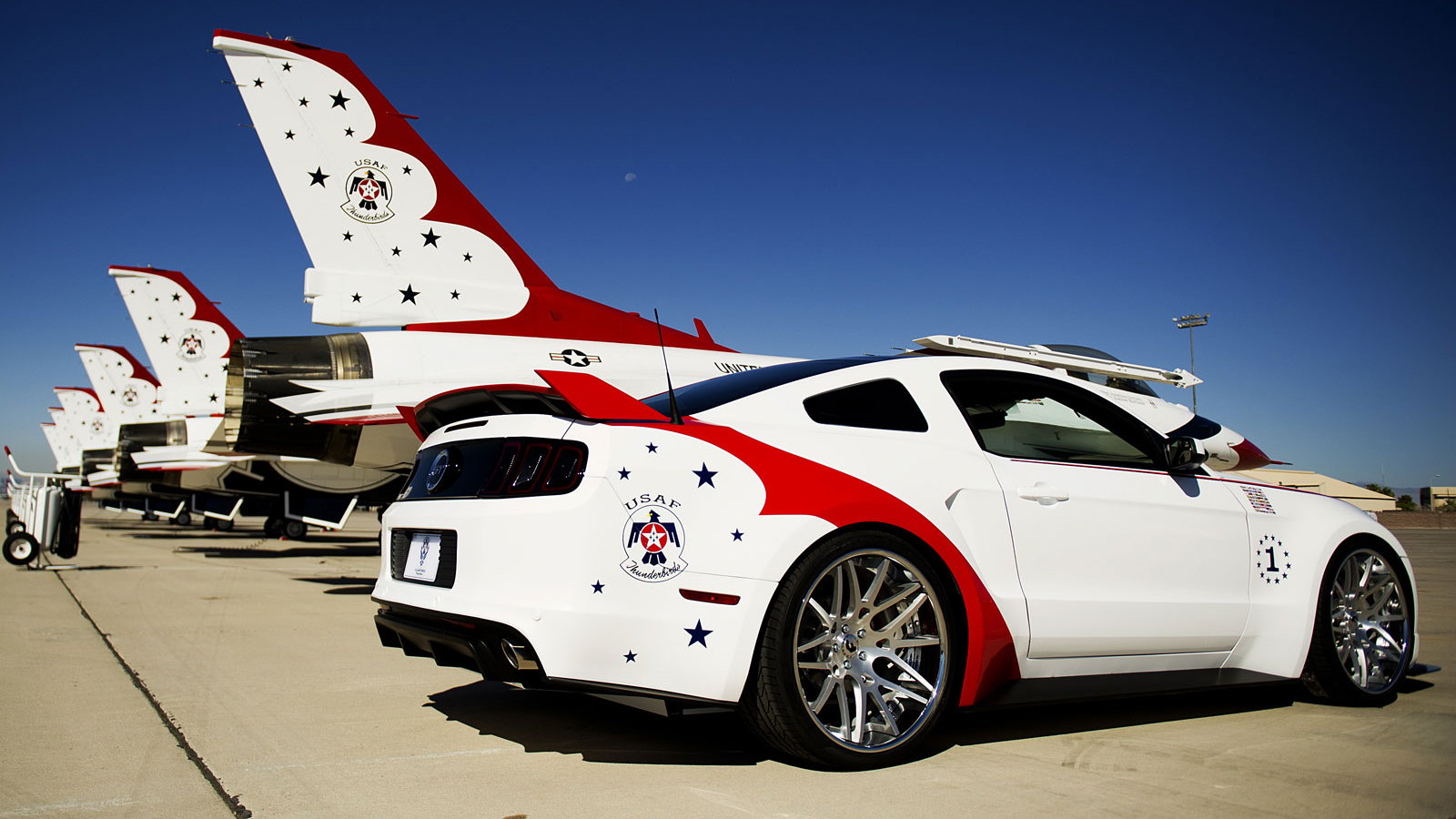 12
photos
The latest in a long line of special Ford Mustang muscle cars built to raise much-needed funds for youth education organization EAA Young Eagles has been sold for $398,000. The car, known as the U.S. Air Force Thunderbirds Edition Mustang, was auctioned off during the EAA AirVenture taking place in Oshkosh, Wisconsin this past week.

The winning bidder was James Slattery of San Diego, California, though his bid of almost $400k was well short of the $500,000 bid put down back in 2008 for the Mustang AV8R.

Including the latest U.S. Air Force Thunderbirds Edition Mustang, custom Mustangs sold during the EAA AirVenture have collectively raised nearly $2.3 million to support the EAA Young Eagles over the past several years.

The cars have all been donated by the Ford Motor Company [NYSE:F] and typically developed by the Blue Oval’s own engineering and design teams.

The latest was based on a 2014 Ford Mustang GT bearing VIN #0001. It features a glass roof and was styled after the U.S. Air Force Thunderbirds’ F-16 Falcon fighter jets.

The car also packs a bevy of performance mods, selected by Ford Racing. These include a supercharger, uprated suspension, Brembo brakes, 22-inch wheels, Recaro seats, a modified navigation screen, a new instrument cluster, and even puddle lamps that project an aircraft silhouette when the doors open.

“The dedication and excellence displayed by the U.S. Air Force Thunderbirds are qualities we also celebrate at Ford,” Edsel B. Ford II said at the conclusion of the sale. “With this year’s beautiful U.S. Air Force Thunderbirds Edition Mustang, we’ve captured the recognizable symbols of their stature and paired it with the innovation our Ford design and engineering teams build into all of our products.”