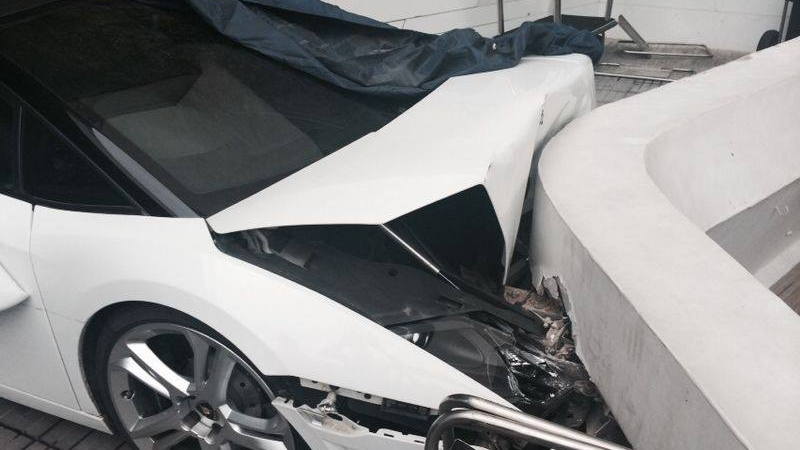 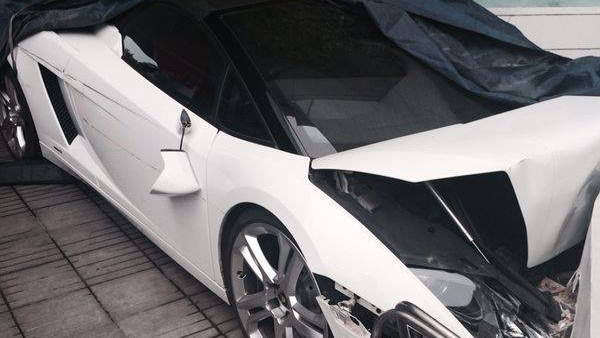 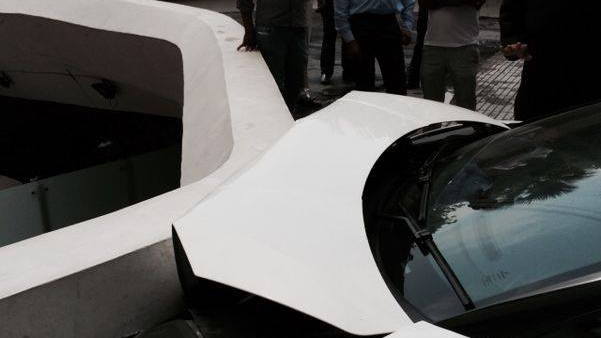 3
photos
Valets of the world, what is it you have against Lamborghinis? Can't you just take it easy on them? For us?

White, sparkling clean, and absolutely smashed to bits at the nose, this Lamborghini Gallardo Spyder was crashed at a La Meridien hotel in New Delhi, India earlier this week. The photos, by way of BigBoyToyz, show the damage in excruciating detail. It’s a smashed-up supercar, but one that looks like it should be repairable.

New security footage uploaded to YouTube by user Automobili Ardent shows the crash as it happened. Given the number of bystanders, the accident could have been much worse—it looks like everyone managed to escape unharmed. Of course, we can't say the same for driver's future job prospects as a valet.