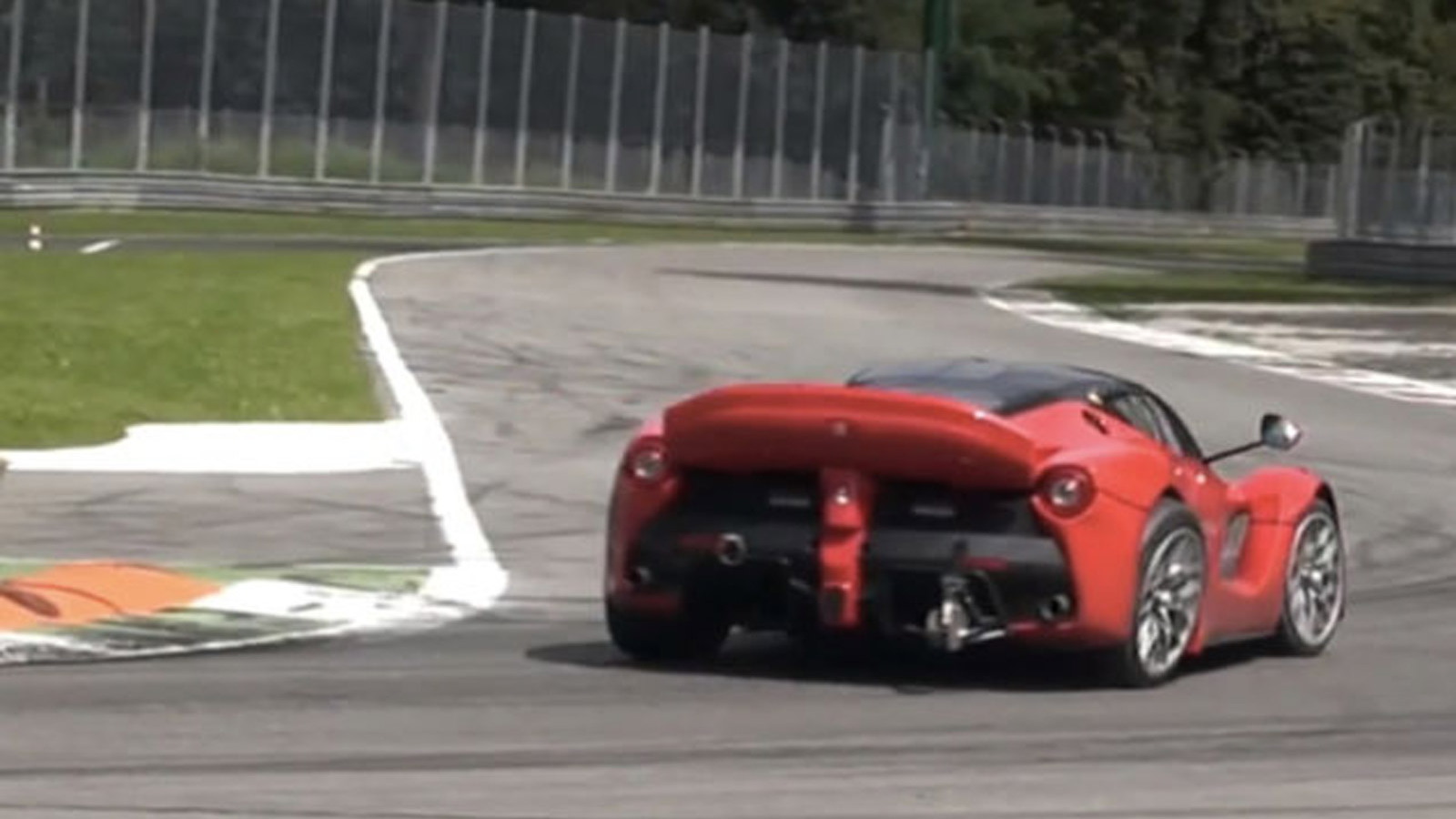 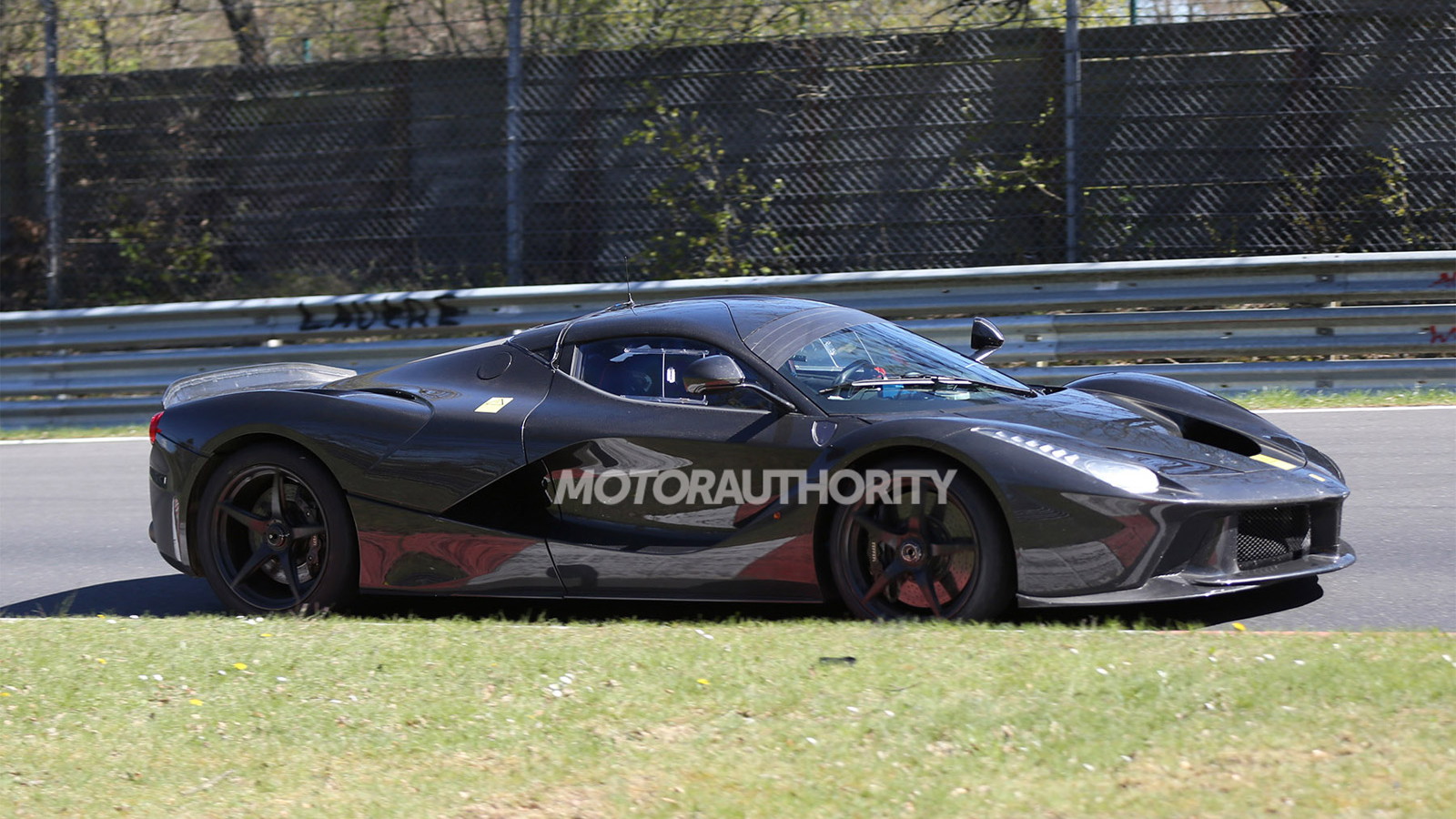 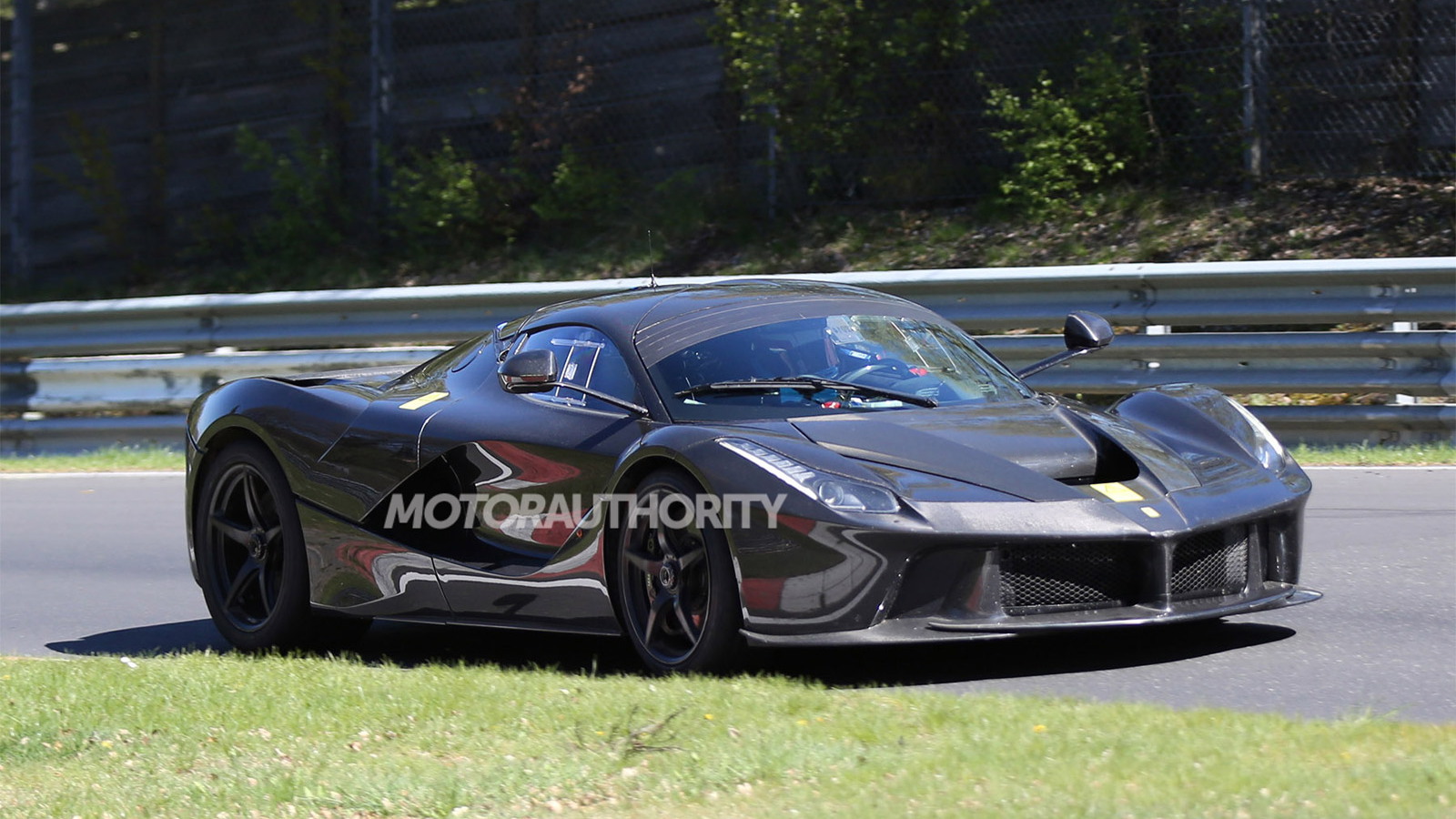 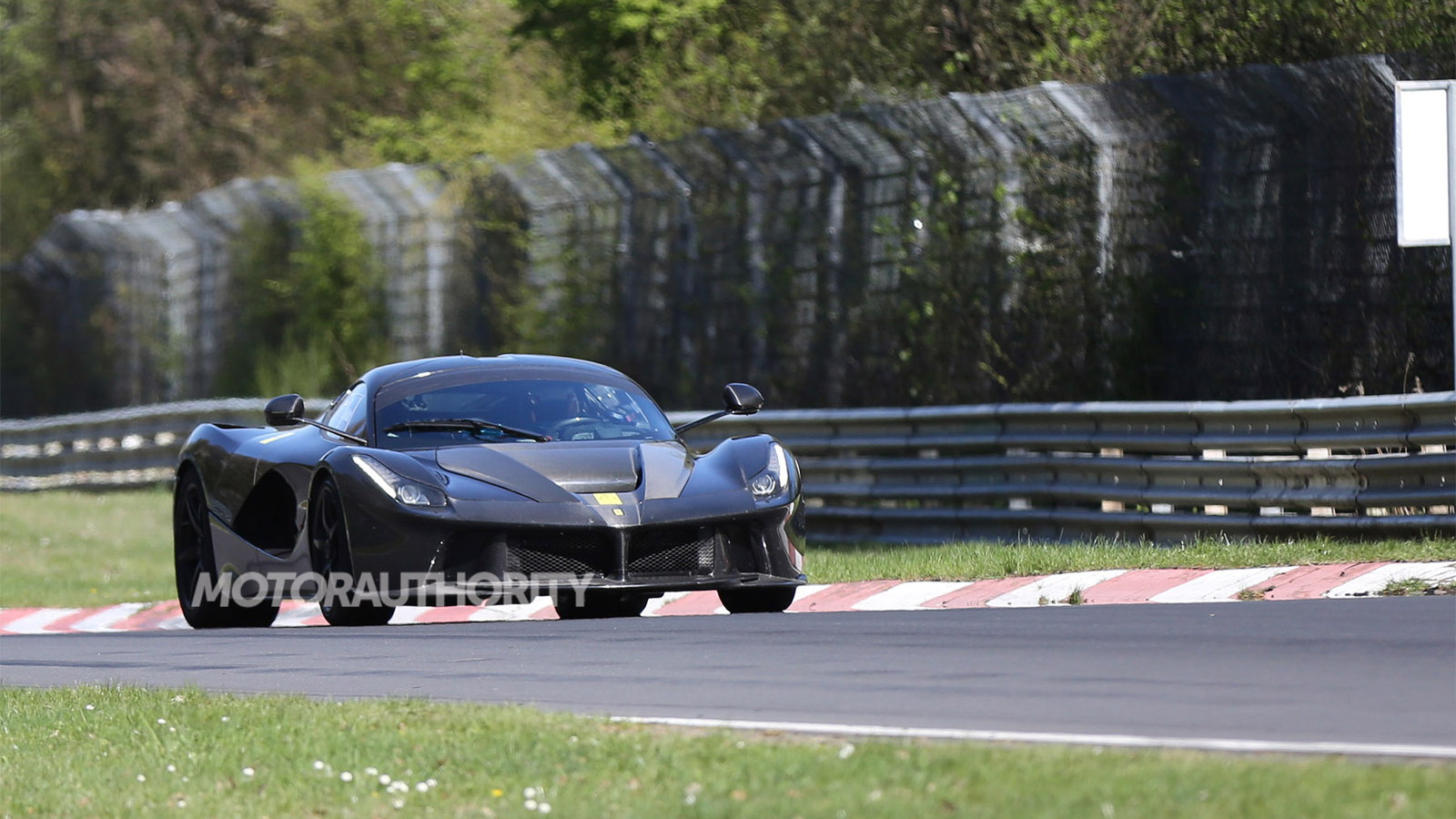 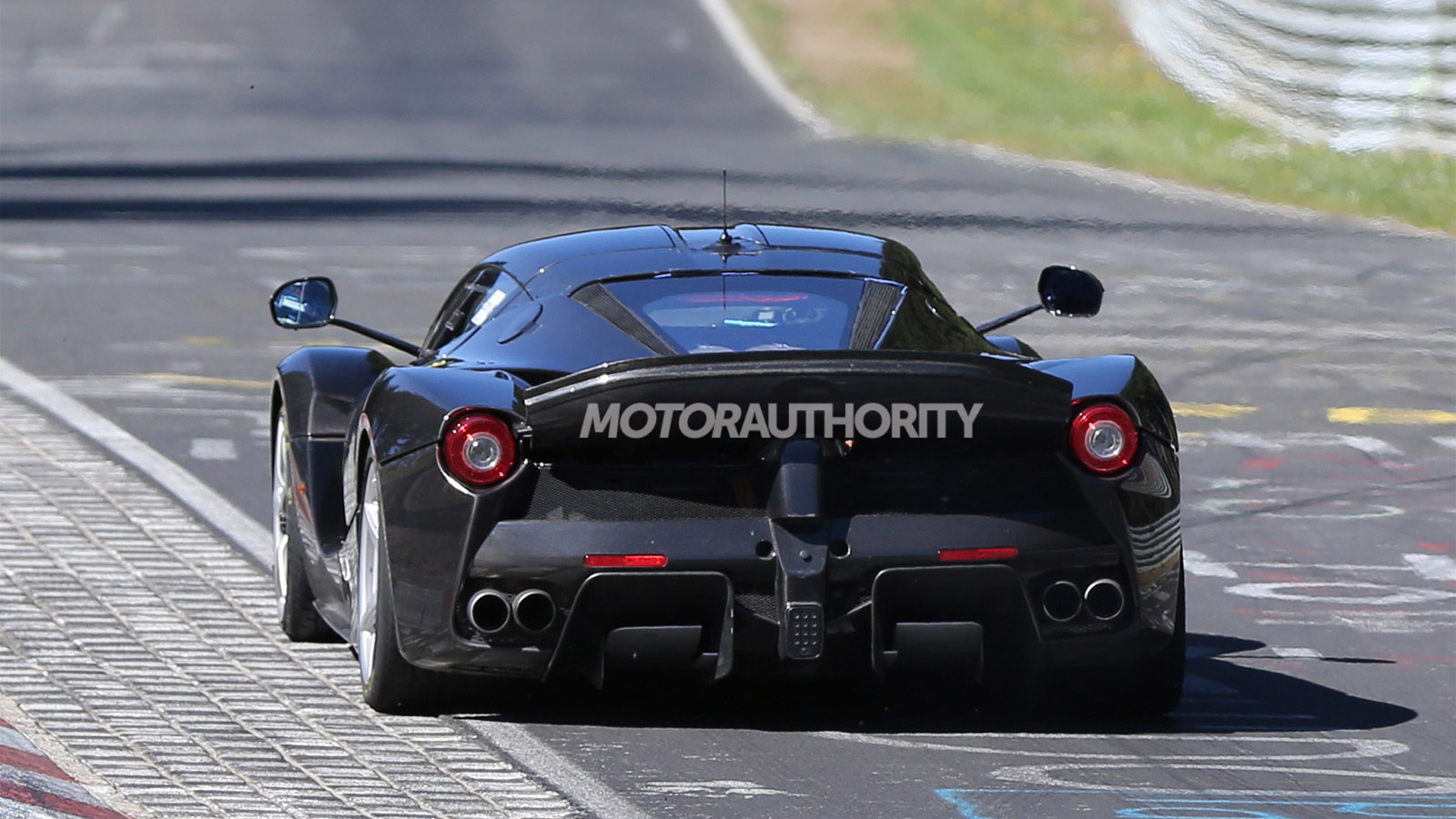 6
photos
Ferrari is currently testing its track-only LaFerrari XX at race tracks in Europe and one of the prototypes, seen recently at Monza, was cornering so hard that its right rear wheel suddenly gets some serious positive camber.

This video, from YouTube user NM2255 Car HD Videos, shows the LaFerrari XX at the Monza race track and at the 2:10 mark we see the car enter a chicane, during which the wheel in question clearly pops out of alignment. The driver presses on initially but ends the session with that lap.

We can’t be sure of the reason for the movement in the wheel, though we highly doubt Ferrari is testing a new rear-wheel-steering system. It’s more likely due to something breaking, like part of the suspension.

Identifying any bugs is what this kind of testing is for, so Ferrari should have this sorted when the LaFerrari XX finally makes its debut early next year. The car is expected to pack more than the stock LaFerrari’s 950 horsepower, and it should be lighter too.

For our own video of the LaFerrari XX lapping the Nürburgring, click here.

Buy your next Ferrari on DuPont Registry.