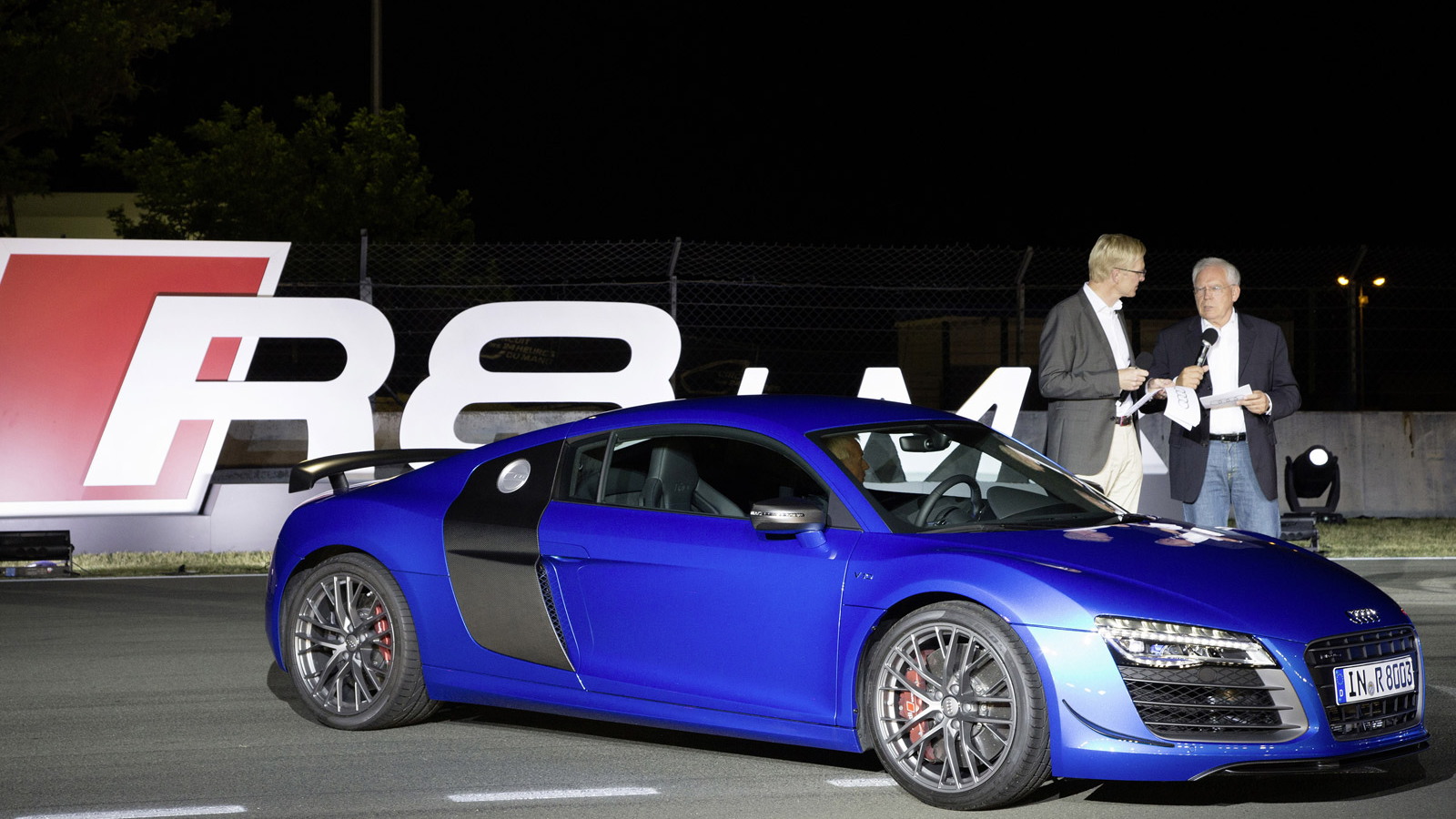 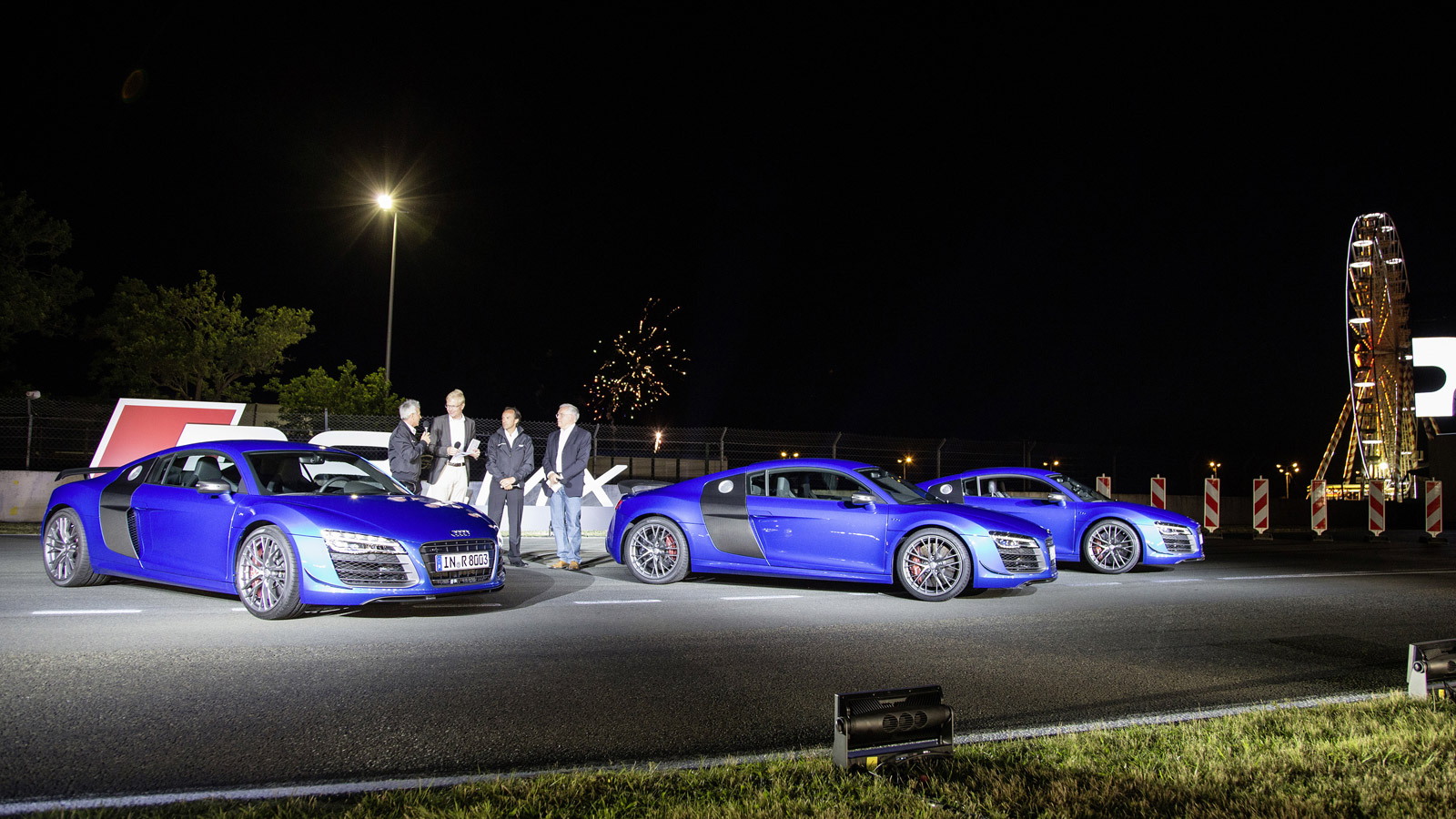 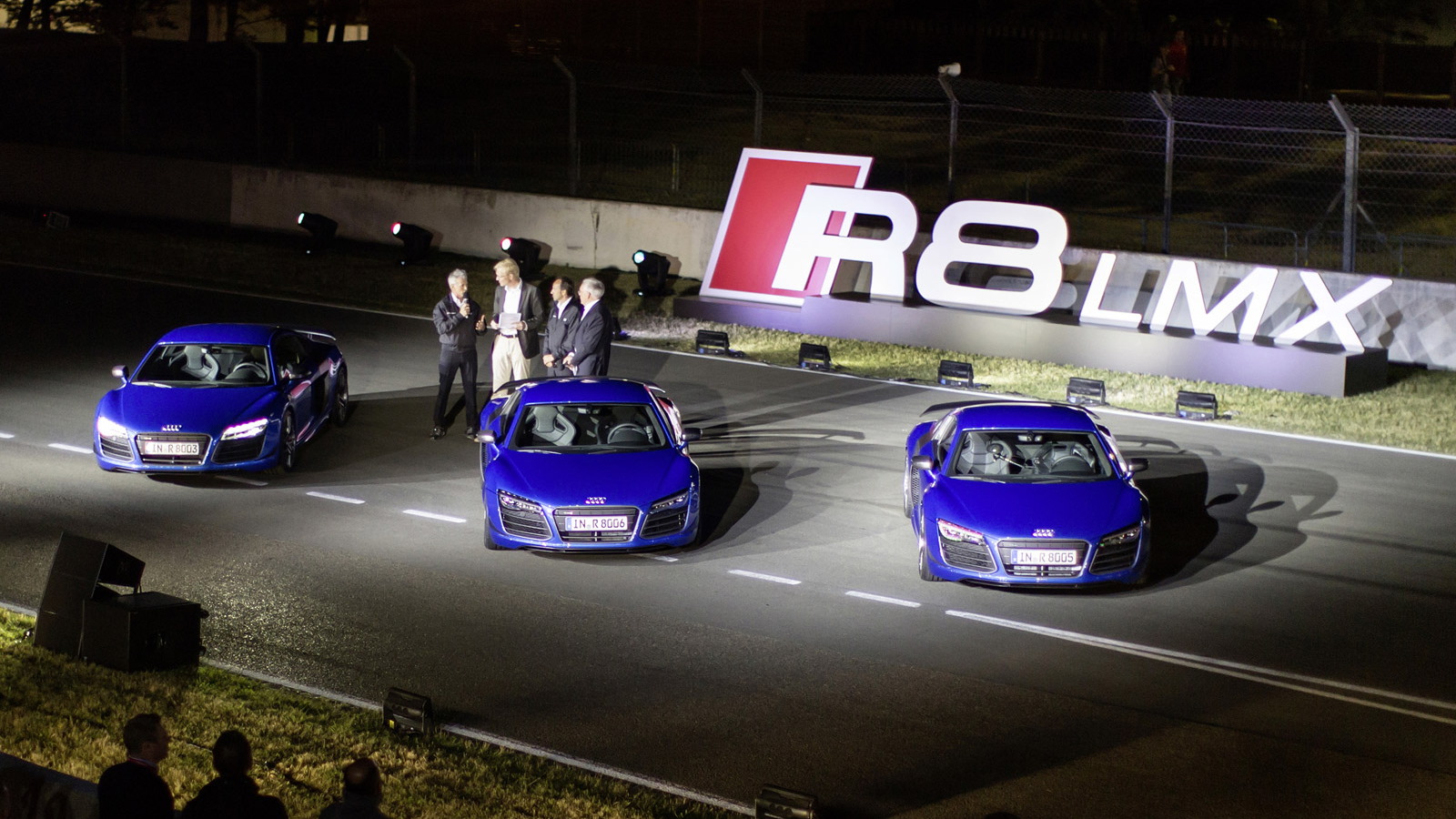 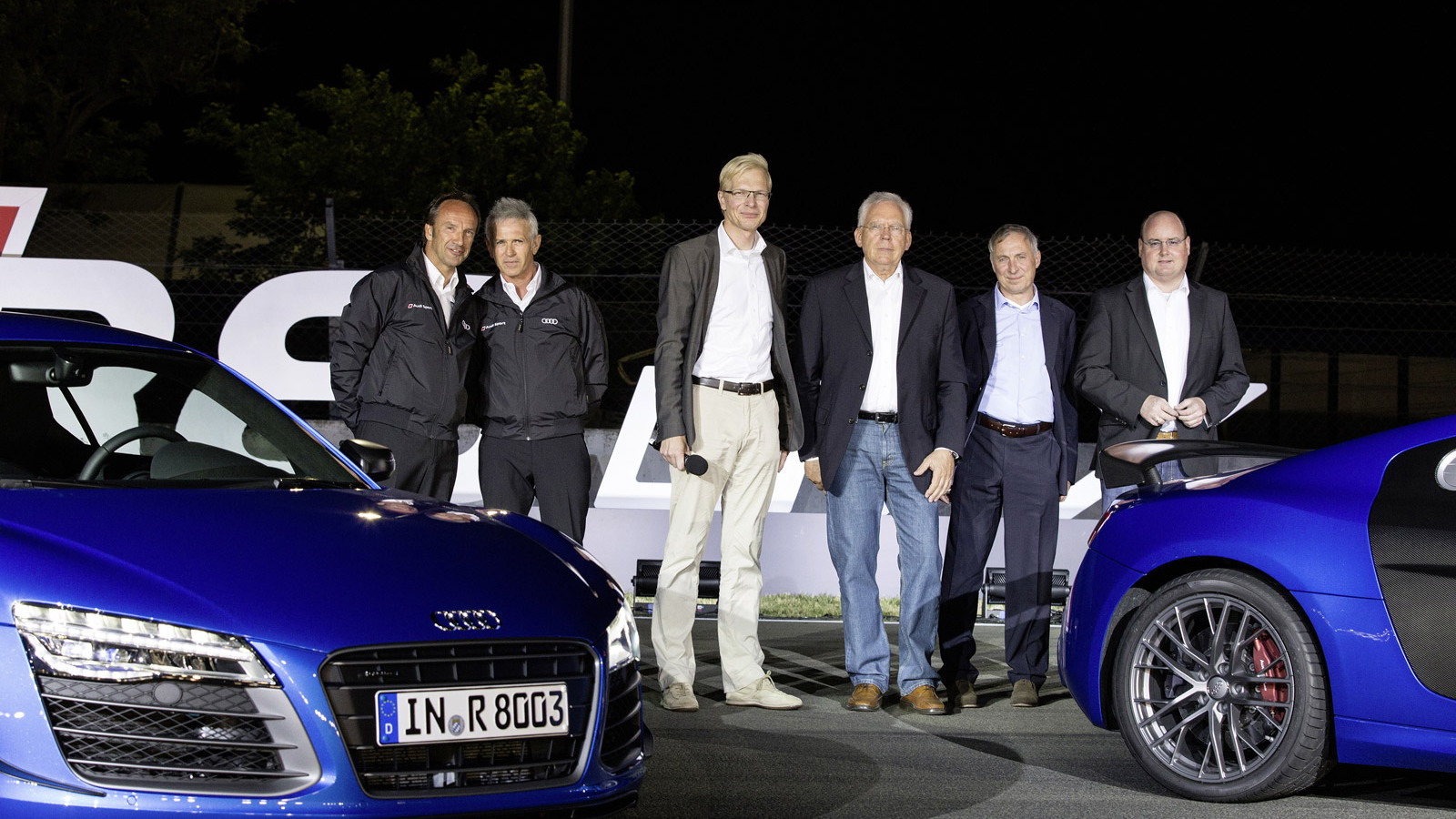 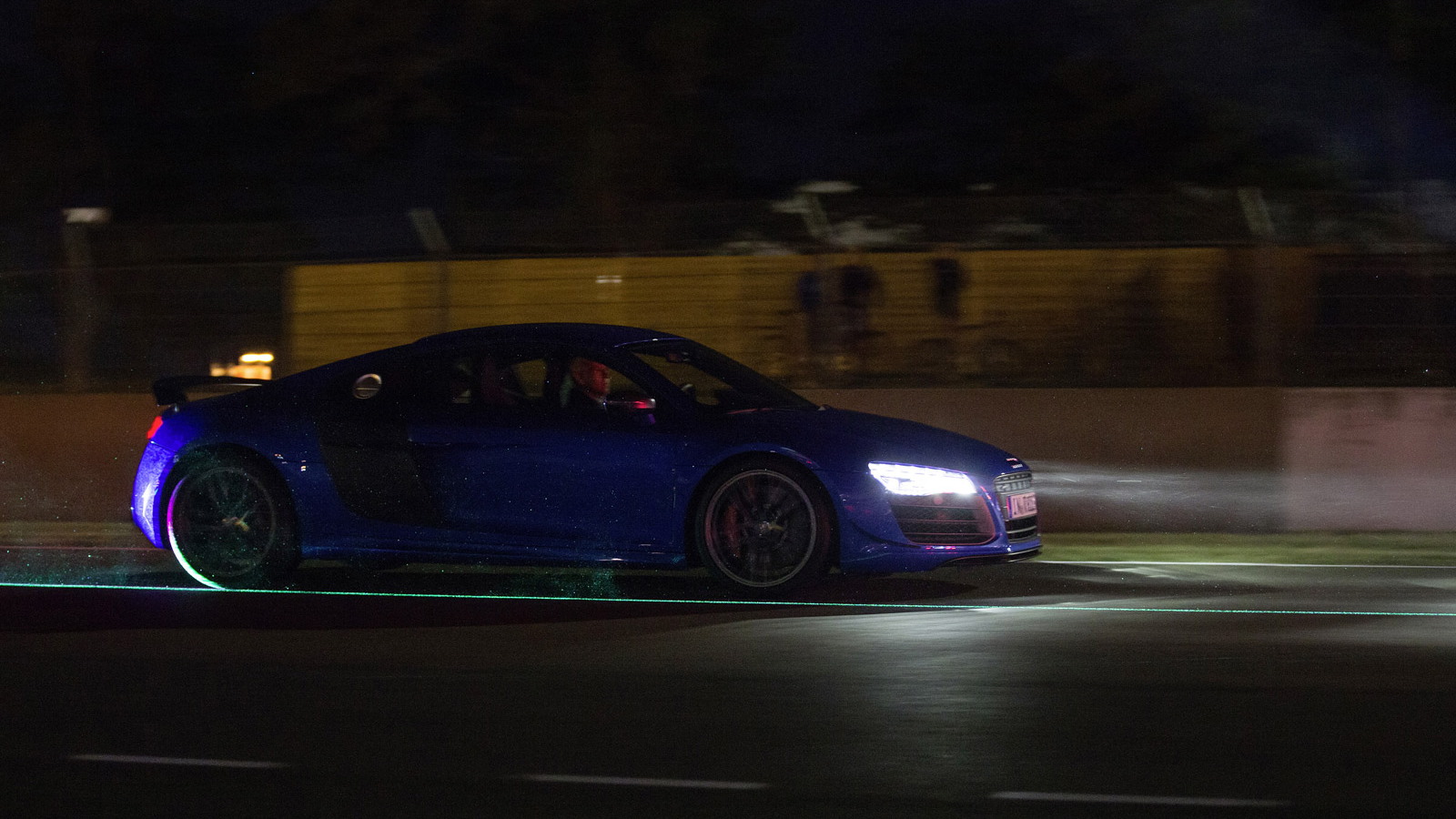 30
photos
Audi's new R8 LMX supercar was shown for the first time in public at the 2014 24 Hours of Le Mans this past weekend. The car was shown prior to the race, and on hand to present it was Audi racing driver Tom Kristensen who would later go on to come second overall along with Lucas di Grassi and Marc Gené in the #1 Audi R18 e-tron quattro. The #2 R18 was the winner of this year's Le Mans.

We have some photos of the car from its Le Mans debut, as well as a video with Kristensen taking us through all the intricate details of the car and then hopping behind the wheel to test its performance. But Kristensen wasn’t out to test the usual metrics of speed and handling. You see, the R8 LMX is one of only two cars in production to be fitted with laser headlights—the other is BMW’s new i8—and Kristensen gives us his impression of the technology.

In the R8 LMX, the laser headlights are used for the high-beam mode only and are activated at speeds above 60 km/h (37.3 mph). An intelligent camera-based sensor system detects other road users and actively adjusts the light pattern to exclude them, in a similar function to Audi’s Matrix LED technology.

The car has been available for order overseas since May 9 but it’s not clear yet if it will be sold in the U.S. Note, a second-generation Audi R8 is due to hit the streets in production form soon, but until then, see what to expect with these spy shots of the car in testing.