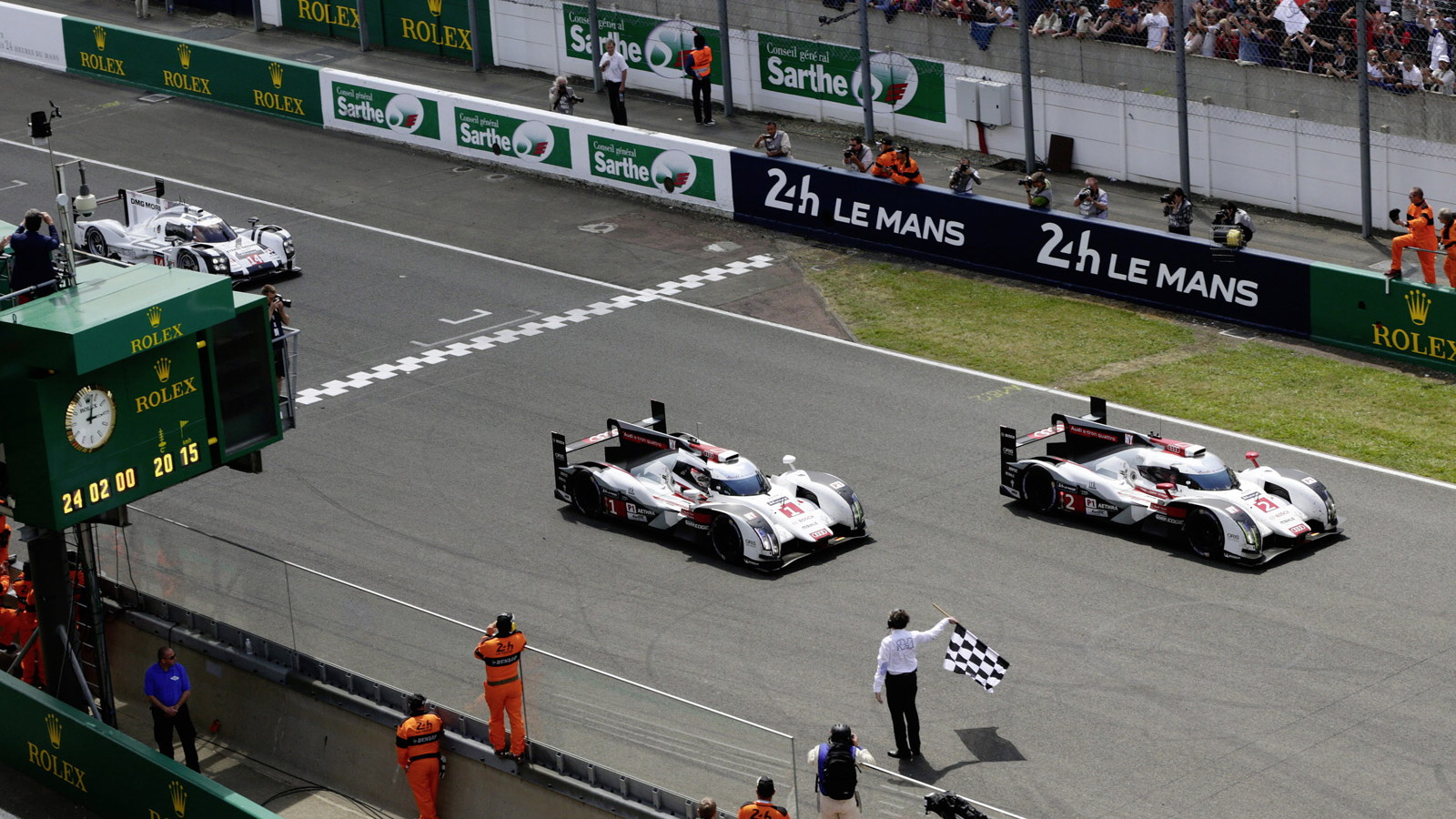 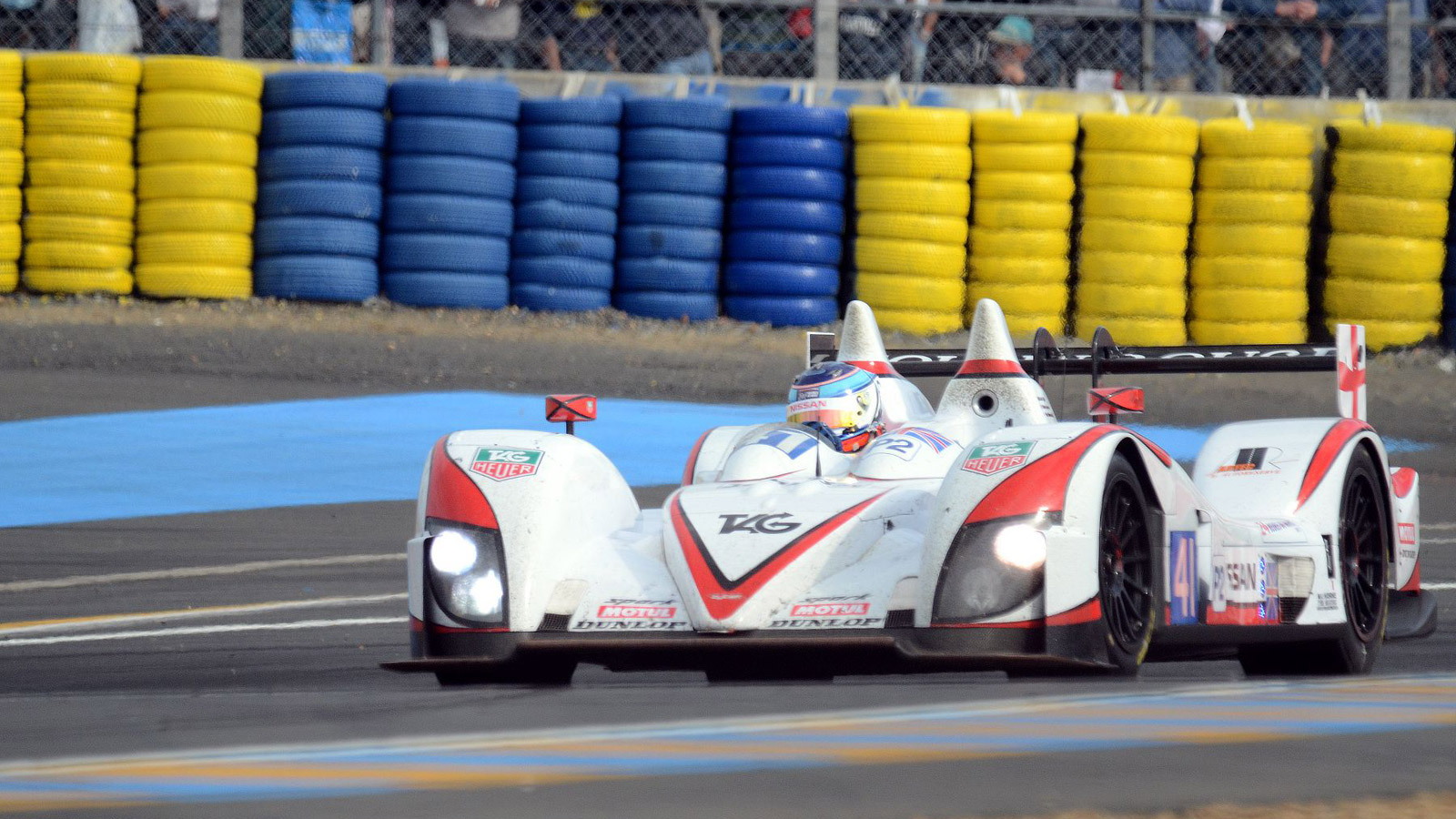 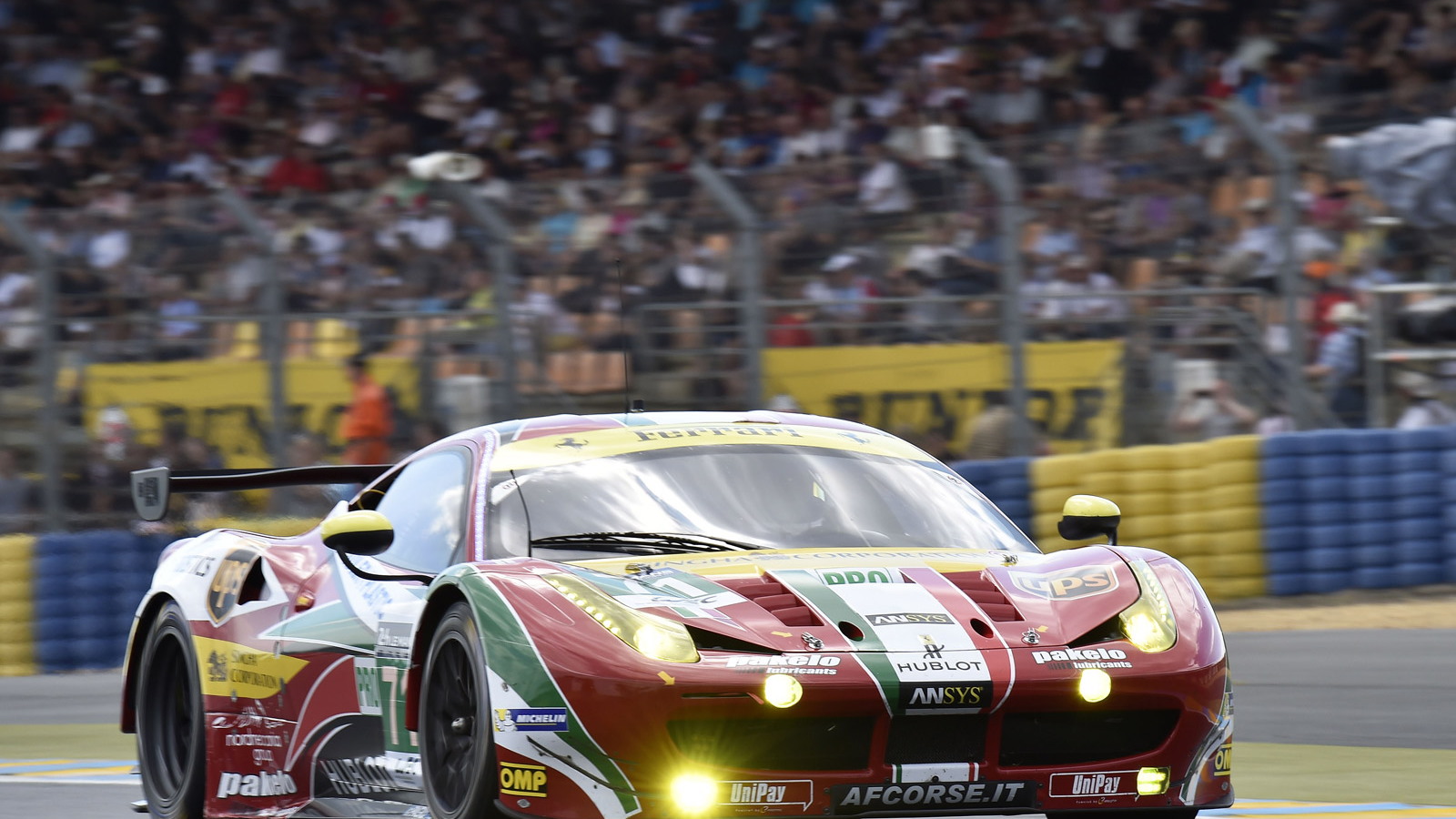 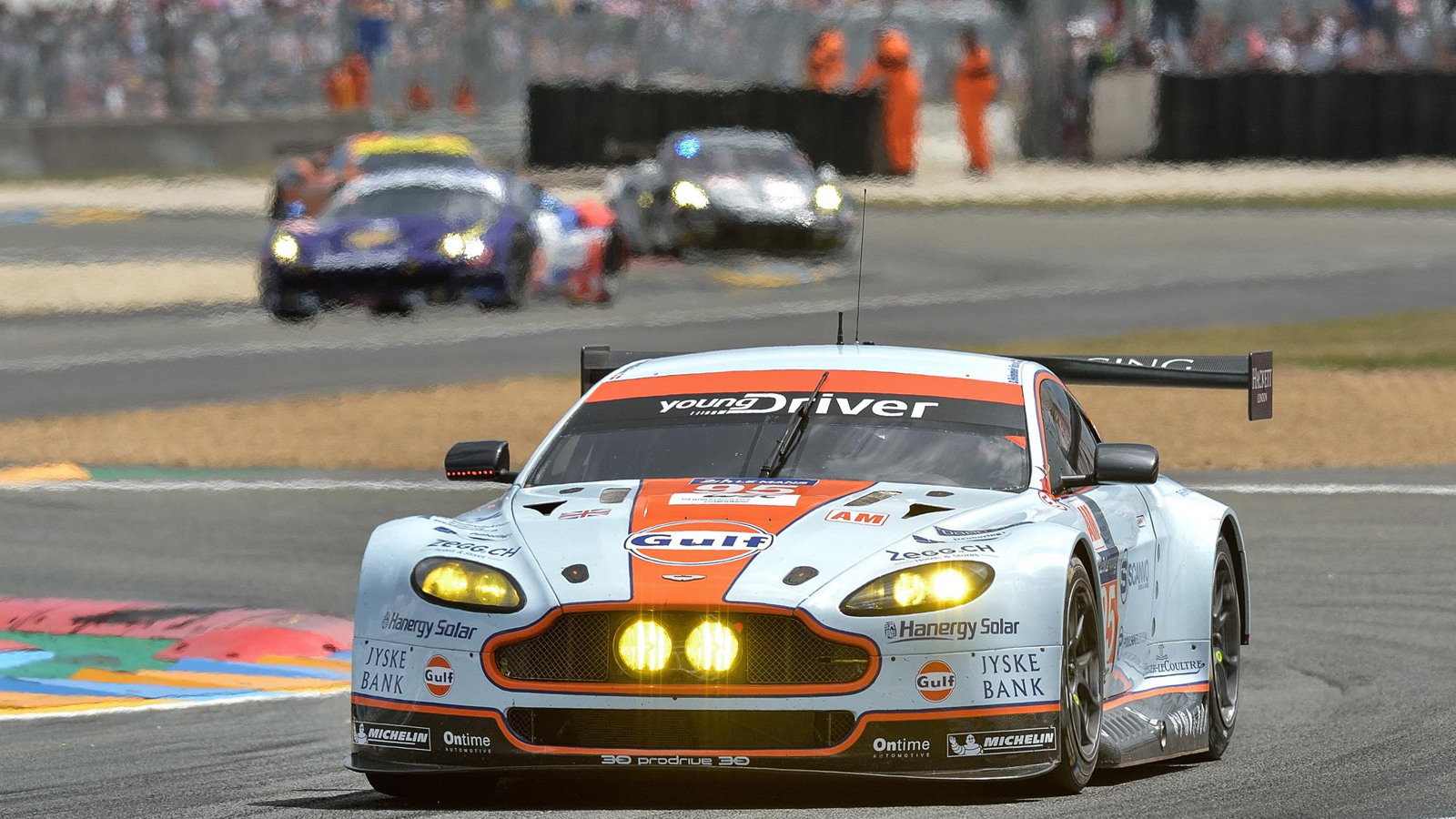 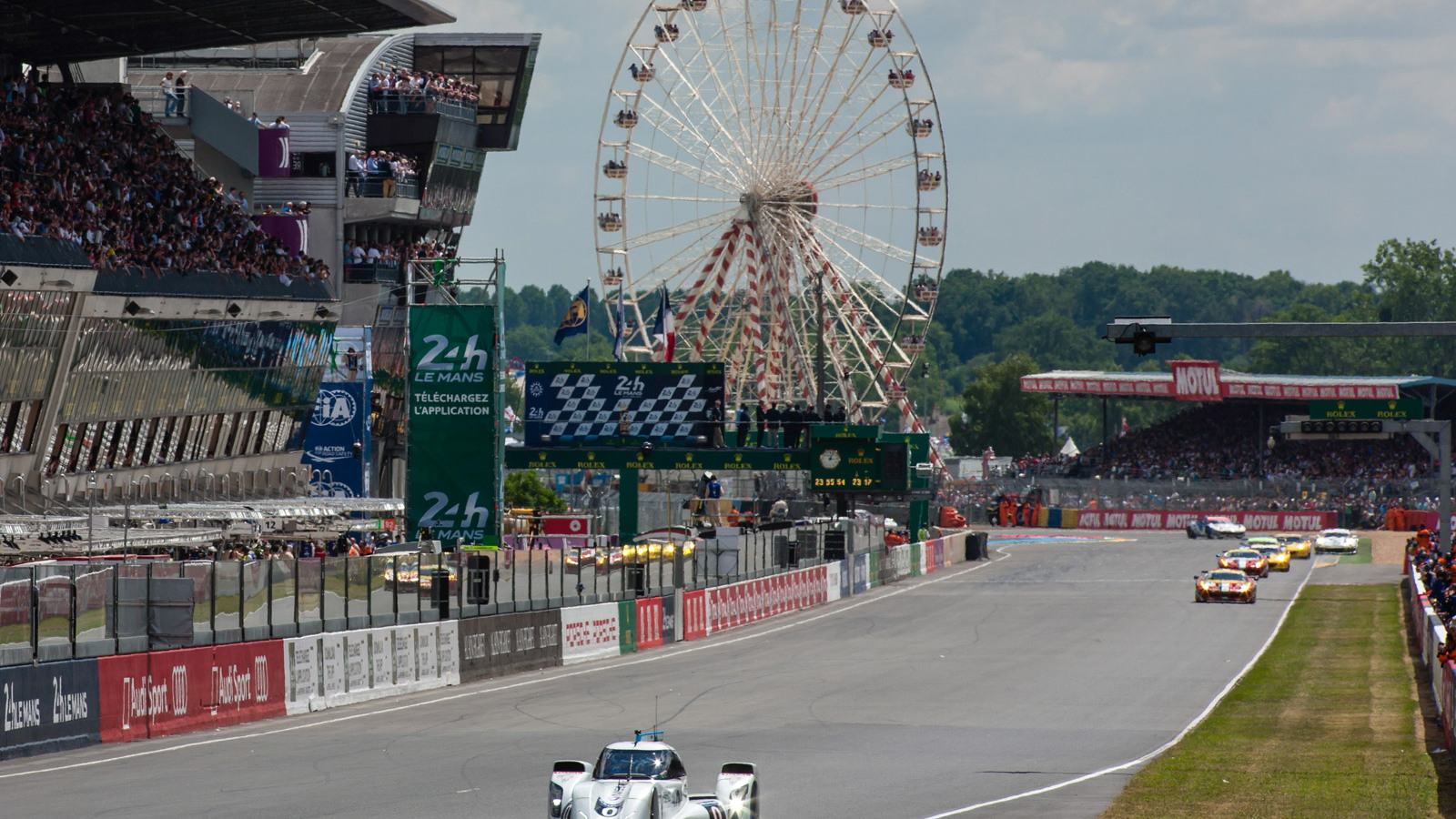 5
photos
After a bad start to its 2014 24 Hours of Le Mans campaign, Audi emerged with its 13th overall win out of just 16 starts at the famous endurance race. Incredibly, second place was also secured by the brand with the four rings. It was the #2 Audi R18 e-tron quattro LMP1 driven by Marcel Fässler, André Lotterer and Benoît Tréluyer to finish first, followed by the #1 R18 driven by Lucas di Grassi, Marc Gené and Tom Kristensen in second. Gené was standing in for Loïc Duval who crashed heavily during practice and sat out the race.

But there was tough competition from Le Mans returnee Porsche as well as Toyota, with both teams looking like winners at various times throughout the 24 hours. The decision in favor of the two Audis was only made in the final phase. Third place went to the #8 Toyota TS040 Hybrid LMP1 driven by Sébastien Buemi, Anthony Davidson and Nicolas Lapierre. The best-placed Porsche 919 Hybrid LMP1 was car #14, driven by Romain Dumas, Neel Jani and Marc Lieb, which finished behind a handful of LMP2s in 11th.

For much of the race it was Toyota in charge but the #8 TS040 was involved in a multi-car accident during a heavy rain storm in the first 100 minutes that would also see the #3 R18 of Felipe Albuquerque, Marco Bonanomi and Oliver Jarvis retire. While the Audi was beyond repair, the heavy damage to the #8 TS040, particularly to the front of the car, was repaired inside an hour, and the car returned to the track outside the top 40 and eight laps behind the leading car—its stablemate #7 TS040 driven by Kazuki Nakajima, Stéphane Sarrazin and Alex Wurz. While the #8 TS040 would eventually finish third, the #7 car, which had started the race from pole and enjoyed a sizable lead, suffered an electrical fault in the 15th hour and had to retire.

A similar fate would be suffered by both Porsche LMP1s. When in the lead just a handful of hours from the end of the race, the #20 919 driven by Timo Bernhard, Brendon Hartley and Mark Webber was forced to slow down and drove solely on electric power back to the pits. The team could not repair the damaged powertrain and the car was retired. Not even half an hour later, the sister #14 919 had gearbox failure. It was lying fourth before it was pushed into the garage. Shortly before the checkered flag was waived, the car returned to the track but in the end was not classified.

While being denied the biggest prize in sports car racing, Toyota was able to build on its victories in the two previous races of the 2014 World Endurance Championship, which the Le Mans race is the highlight of, and now sits on 115 points in the Manufacturers’ Championship, just a single point ahead of Audi. Toyota drivers Sébastien Buemi, Anthony Davidson and Nicolas Lapierre also lead the Drivers’ Championship with 80 points.

The winner of the LMP2 category was the #38 Zytek Z11SN driven by Simon Dolan, Harry Tincknell and Oliver Turvey (5th overall), while the #51 Ferrari 458 Italia of AF Corse driven by Gimmi Bruni, Giancarlo Fisichella and Toni Vilander took out the LMGTE Pro category (15th overall). The Ferrari’s win in LMGTE Pro owed a lot to the quality of the drivers but also to the exceptional reliability of the car. The winning car had not the slightest problem. In second place, but almost two laps down, was the #73 Chevrolet Corvette C7.R of Antonio Garcia, Jan Magnussen and Jordan Taylor, with third, almost three laps down, going to the #92 Porsche 911 RSR of Marco Holzer, Richard Lietz and Frédéric Makowiecki.

Finally, Nissan's ZEOD RC plug-in hybrid race car competing in the Garage 56 entry made its race debut this past weekend. After reaching goals of hitting a 186 mph top speed and completing a lap in electric power alone during the lead up to the race, when the actual race came the car lasted just 23 minutes. The early retirement was caused by a gearbox issue. Next year, Nissan will enter the LMP1 category—launching an assault against Audi, Toyota and Porsche for outright honors at the world’s most prestigious endurance race.