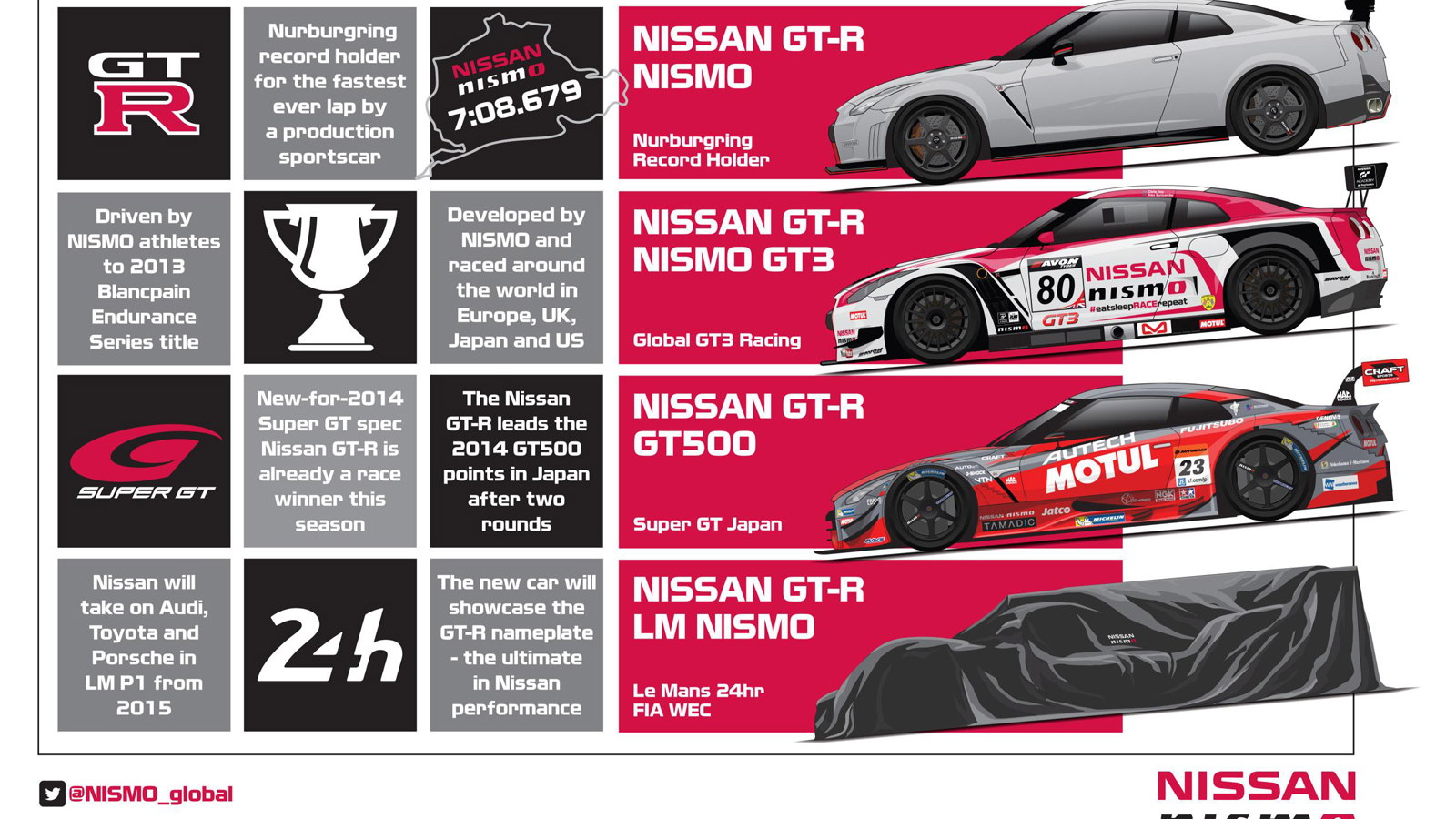 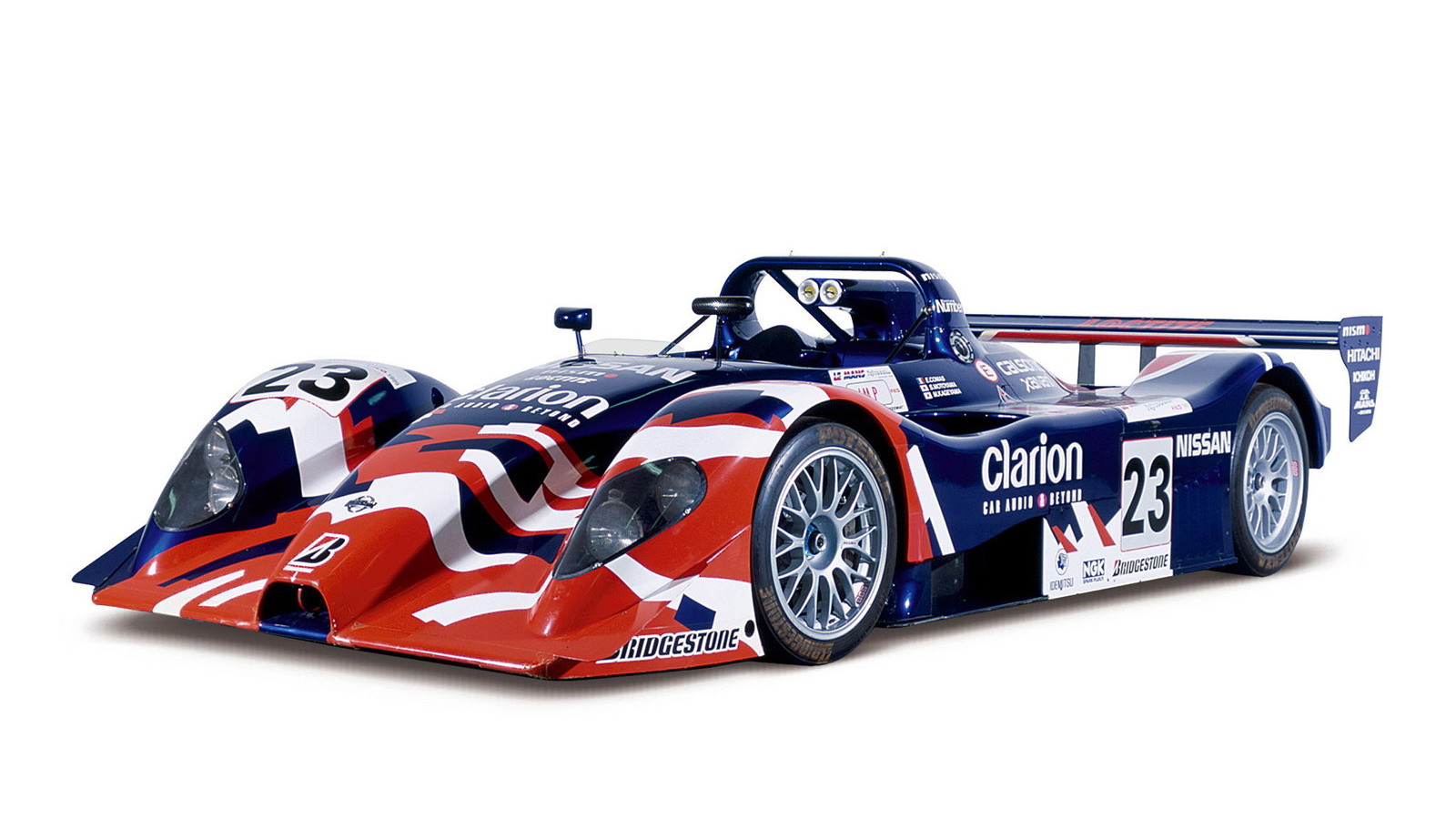 3
photos
This year’s 24 Hours of Le Mans is just a month away, with Nissan set to compete with its radical ZEOD RC plug-in hybrid race car in the event’s Garage 56 experimental entry. However, the Japanese automaker recently confirmed that it plans to compete alongside the likes of Audi, Porsche and Toyota in 2015 in the top LMP1 class—not only in the prestigious 24-hour race but in the full World Endurance Championship as well.

Today, Nissan released the first details on its new Le Mans prototype which is called the Nissan GT-R LM NISMO. Although the new prototype will share little with the GT-R sports car, Nissan said it chose the name to signify a sporting bloodline that stretches back 30 years as well as give a nod to the automaker’s road car program.

“We have chosen to take the GT-R name to Le Mans as the GT-R symbolizes the ultimate in Nissan’s performance,” NISMO boss Shoichi Miyatani said in a statement. “It is a true aspirational brand; a car our fans, our customers love to drive, and love to own.”

Nissan first hinted it was considering a return to top-level endurance racing back in 2013, and at the time said it will use this year’s ZEOD RC race car to field new technologies that could eventually be implemented for an LMP1 prototype. The race is now on to get the GT-R LM NISMO ready in time for the start of the 2015 motorsport season.

Nissan also has to assemble a team of drivers to pilot the new prototype. Considering the breed of drivers already competing in the LMP1 class, Nissan certainly has a tough task on its hands. Announcements will be made in due course concerning the drivers of the Nissan GT-R LM NISMO, who will come from both inside and outside of the Nissan family (don’t be surprised if a Nissan GT Academy driver is part of the squad). The list of drivers as well as the date of the GT-R LM NISMO's debut will be revealed in due course.

As with this year, the 2015 season of the World Endurance Championship, whose highlight is the 24 Hours of Le Mans, will require LMP1-spec prototypes to feature hybrid technology. As the regulations are primarily based on efficiency and not outright performance—teams are limited by the flow of fuel rather than the output of the powertrain or the benefits of aerodynamics—the most efficient car will be the most competitive.

Note, Nissan’s next-generation ‘R36’ GT-R sports car will be adopting hybrid technology so expect multiple announcements regarding the close development of the GT-R LM NISMO and the next GT-R. There's a strong chance the new GT-R sports car's arrival will also take place next year, and we may even see it share some styling traits with the GT-R LM NISMO. The signature tail-lights of the GT-R should be common to both.

Nissan's last bid for overall victory in Le Mans was back in 1999, where it suffered several setbacks with its R391 prototype (pictured above). One of two cars campaigned crashed during qualifying and the second, despite reaching as high as fourth during the race, had to retire due to electrical problems—the new campaign gives Nissan the opportunity to return to Le Mans where it has some unfinished business.