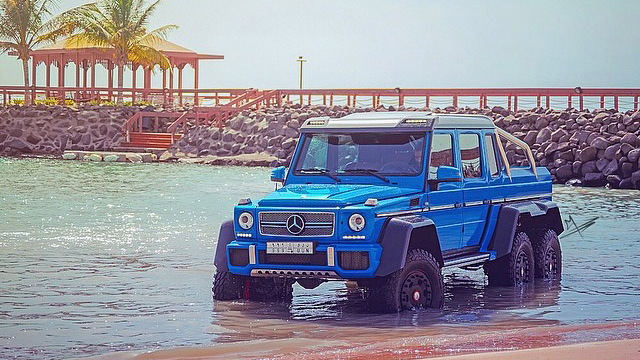 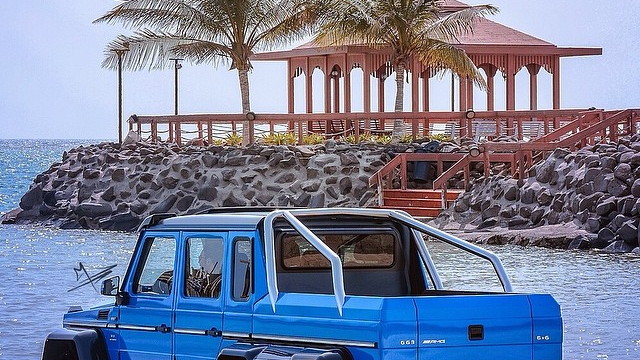 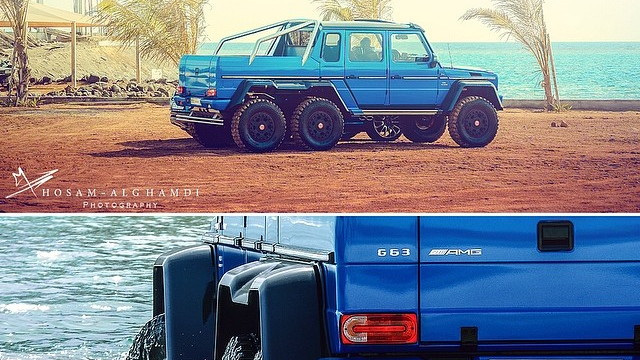 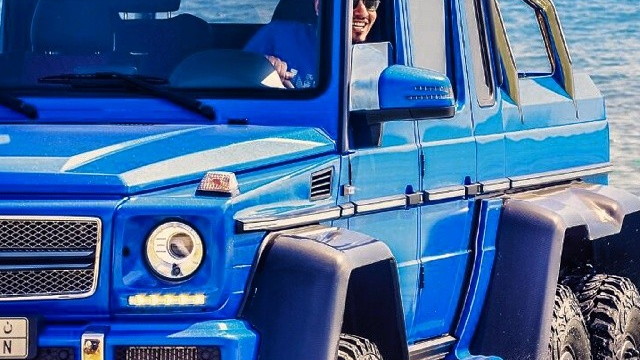 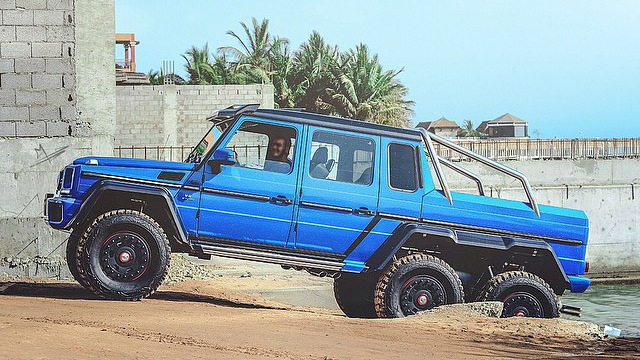 5
photos
The Mercedes-Benz G63 AMG 6x6 is a glorious monument to excess. It's both perfect, and way too much at the same time. It's both useless, and incredibly useful. It's beautiful and ugly. It's wonderful. Also, it's wonderfully expensive, which is why most of these limited-edition machines are finding homes in Middle Eastern ports of call. Autofluence (a blog of the DuPont Registry) recently discovered two of these behemoths residing in Saudi Arabia. One of these vehicles recently came out to play for a photoshoot with photographer Hosam Al-Ghamdi.

It's nickname? The Sea Monster.

You can immediately see why this name has been applied, and also why it's perfectly appropriate. The Electric Blue beast seems to have no trouble lumbering through the soft, soaked sand. It leaves the water behind to scramble back upon land, and appears like the latest Kaiju arriving from the breach, poised to battle along the Pacific Rim... er, Middle Eastern rim in this case.

The Benz G63 AMG 6x6 will surely remain a unicorn vehicle for the majority of the population. It's a unique machine that's produced in low numbers and sold in a small number of places. It's certainly great to see one being driven more aggressively than being used as a Starbucks-to-Mall-to-Home transport shuttle.

Kudos to its owner.