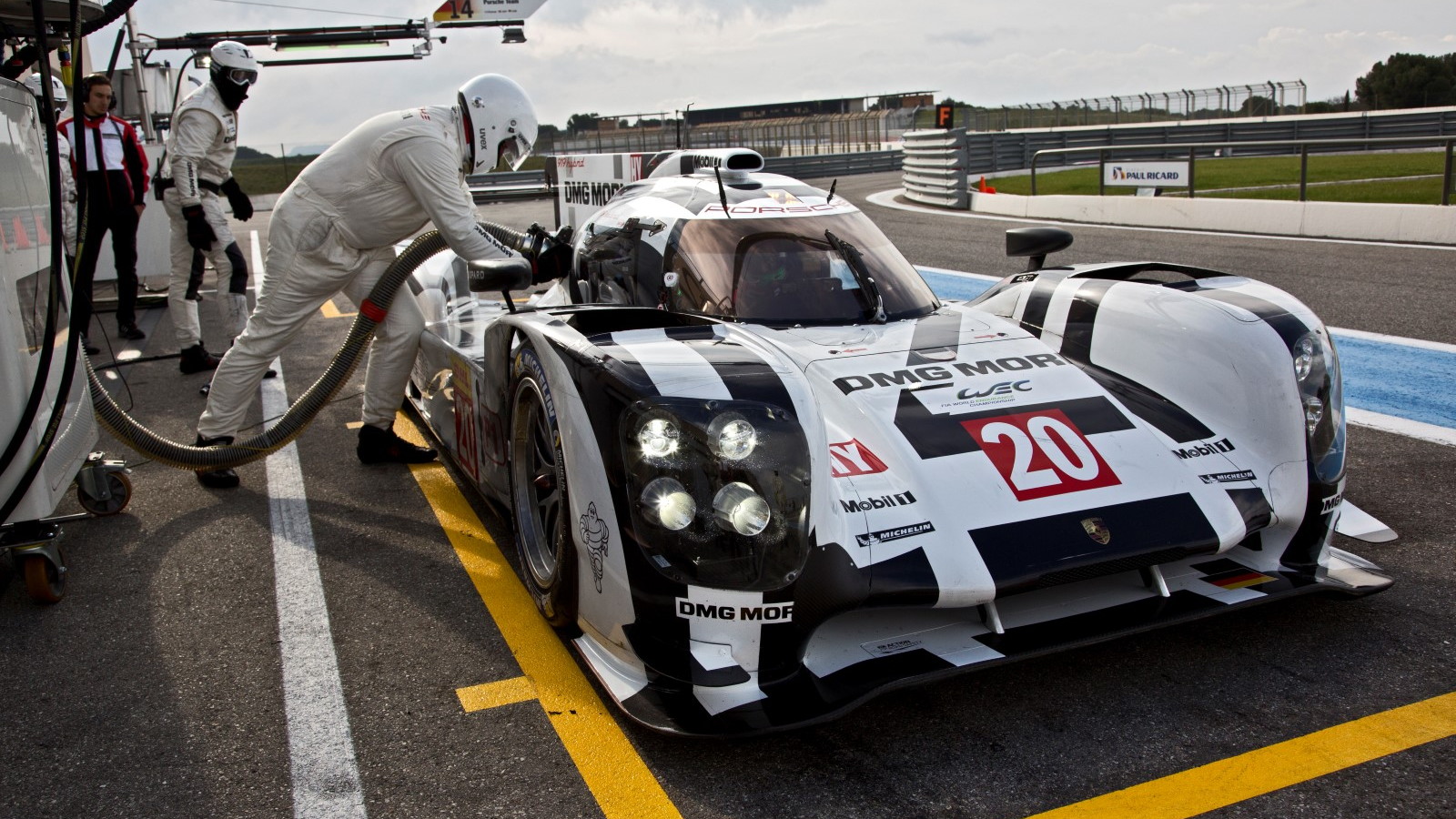 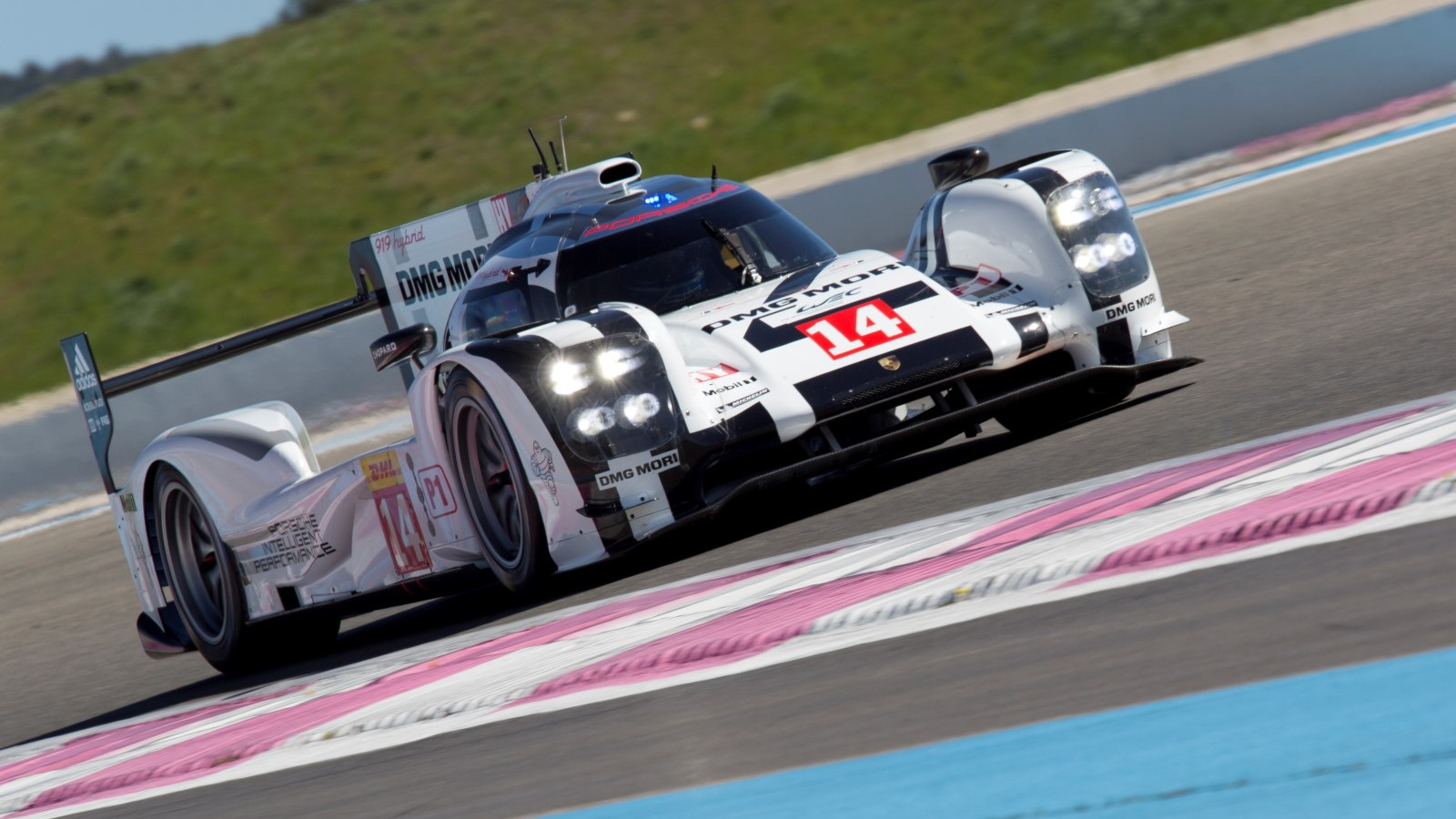 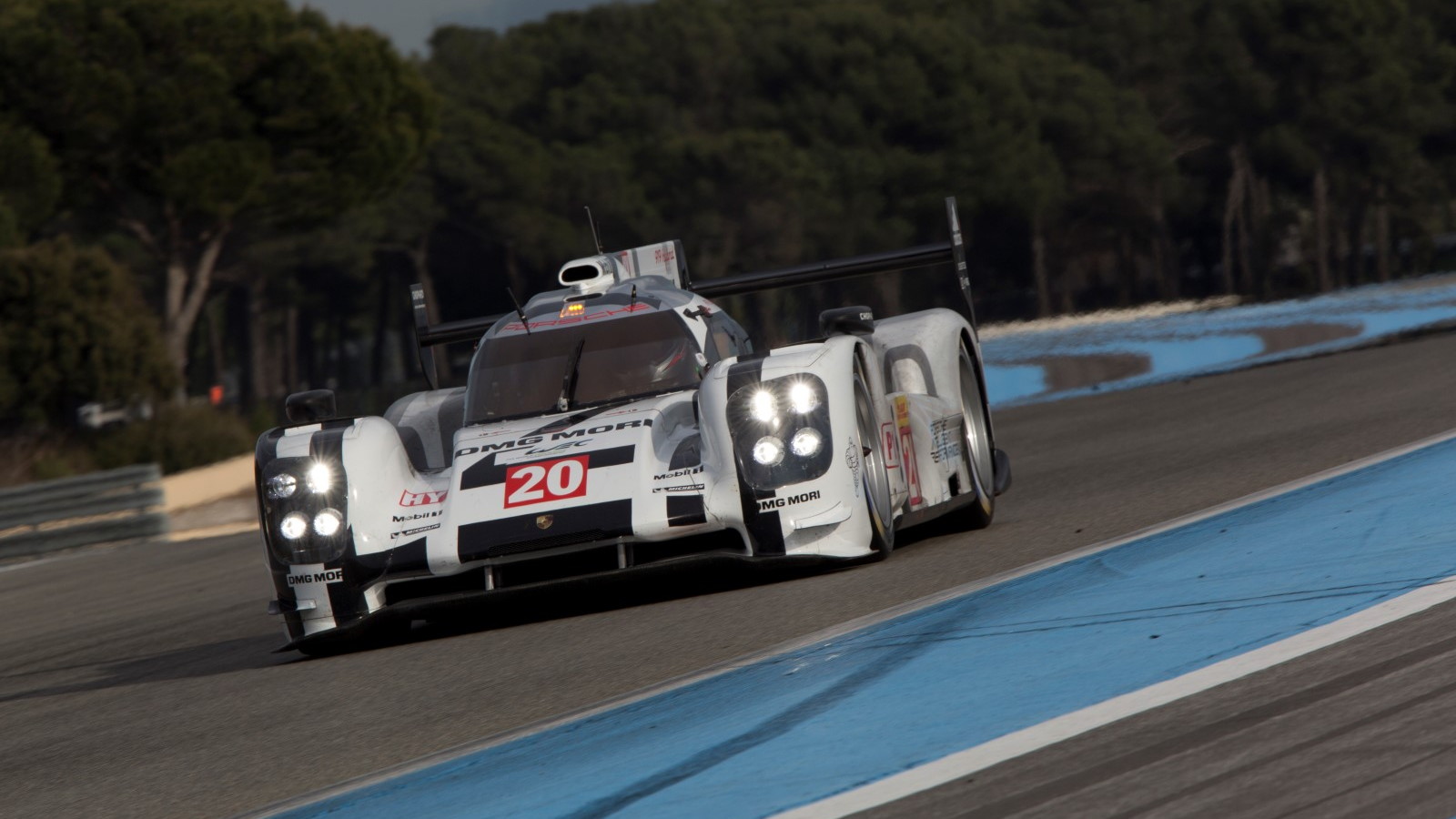 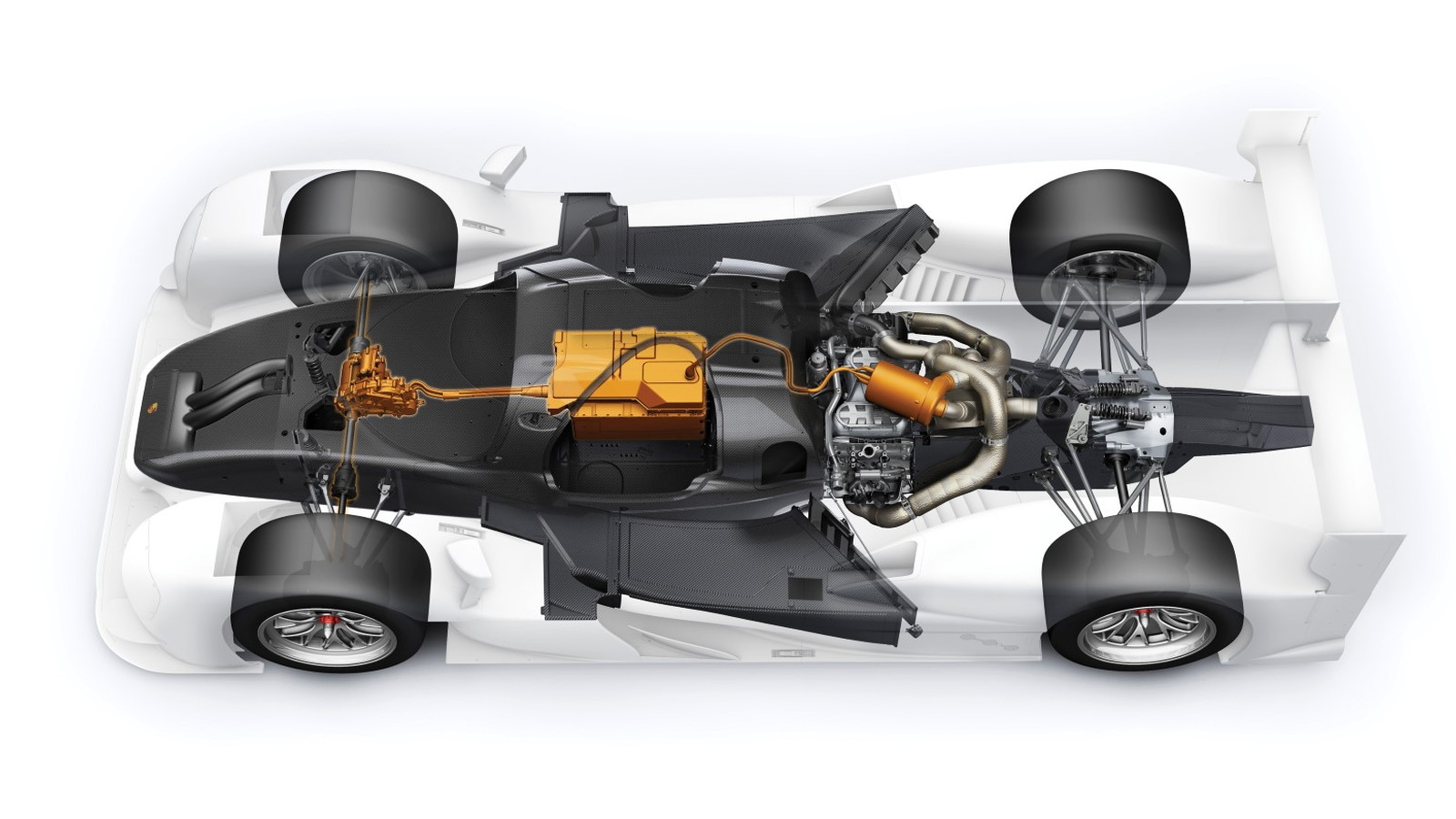 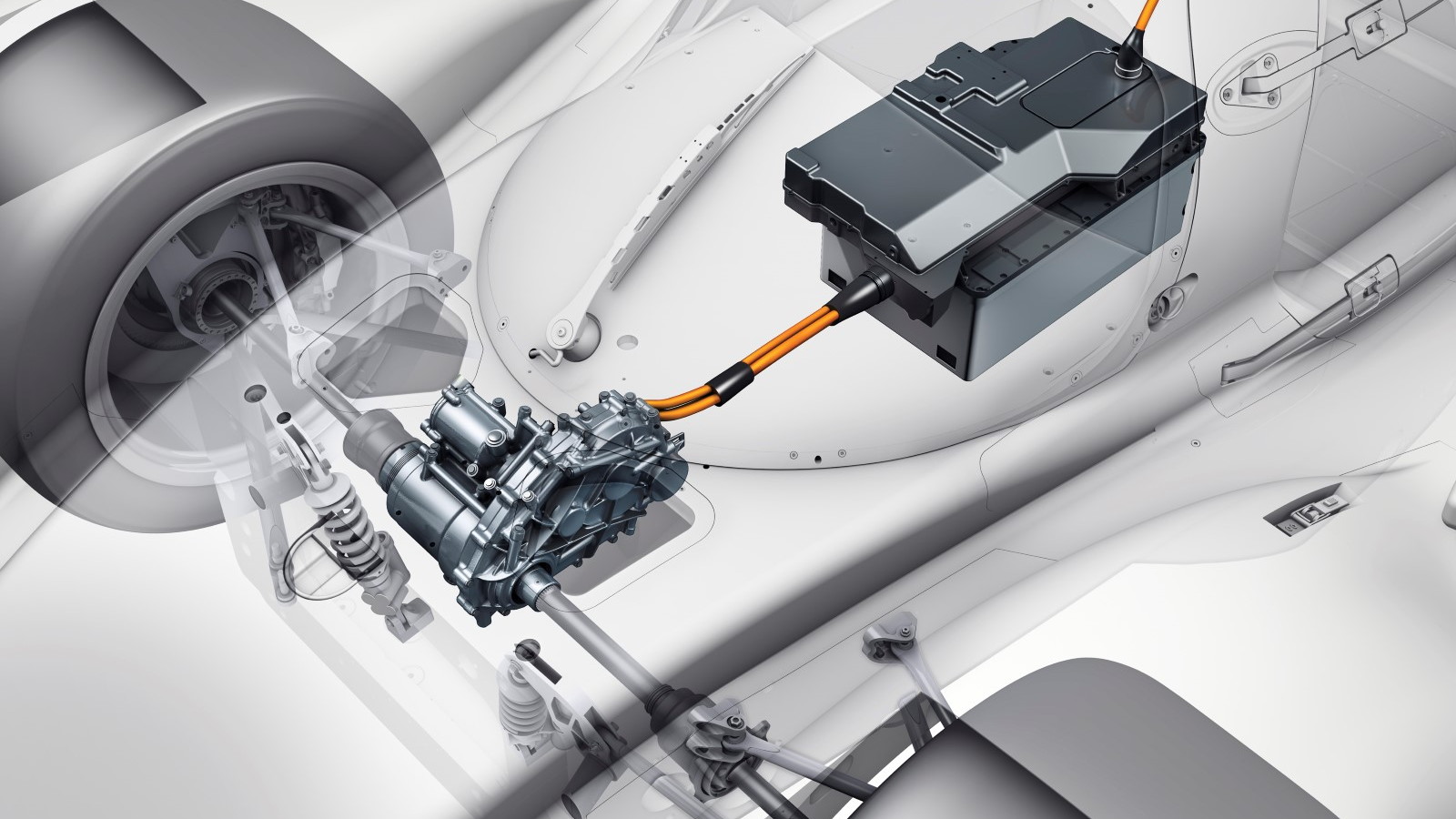 12
photos
As the 2014 Le Mans 24 Hours endurance race draws ever closer—now just three weekends away—Porsche has revealed even more details of its 919 Hybrid endurance racer. Not only is the car aiming for success at the famous French endurance race, but Porsche sees it as a test-bed for future series production models—so this year could prove pivotal in future Porsche road cars.

Unlike rivals Audi and Toyota with their own hybrid racers, Porsche has no useful data to fall back on during this year's event. Combined with the car's complexity and its entirely in-house design—rather than relying on external suppliers—Porsche knows the race will be tough. The company is sure it's designed a competitive racer though, with impressive levels of efficiency—a central tenet of endurance racing.

Firstly, energy recuperation from the hybrid system is very high. Le Mans rules split electrical energy use into four levels, ranging from 2 to 8 megajoules per lap. The 919 sits in the 6 megajoule category, giving it 1.67 kilowatt-hours of energy to use over the course of an 8.47-mile lap of La Sarthe. It must also recuperate this amount of energy each lap, ready for another electrical boost the next lap. Over the course of a race—last year's event winner covered 348 laps—the Porsche would use (and generate) 581.2 kilowatt-hours of juice.

For some perspective, that's enough energy to charge the batteries of nearly seven 85 kWh Tesla Model S electric cars from empty—on brake energy recuperation alone. Or, says Porsche, you could use it to power a Volkswagen e-Golf electric car from New York to Los Angeles. Actually, not all of that energy comes from braking. While Porsche uses such a system (familiar to road-going electric cars and hybrids) on the front axle, it harvests the rest from thermodynamic energy from the car's exhaust gases. A turbine generator replaces the car's wastegate—normally used to vent excess pressure—allowing Porsche to generate energy from excess exhaust gases.

It doesn't stop there. Positioning itself in the 6 megajoule energy class means further regulations, restricting the amount of fuel use. Since Porsche's 919 also produces more than 500 horsepower, that measurement is 4.78 liters per lap—1.26 gallons. Interestingly, this allows us to work out the car's permissible fuel consumption—8.47 miles divided by 1.26 gallons means a stunning 6.72 mpg maximum at race pace. Okay, that's pretty terrible, but it's not bad for a car spending 70 percent of each lap at full-throttle (often over 200 mph). It's even better considering the 30 percent improvement economy improvement over last year's rules.

While this year's race is sure to be far from trouble-free, Porsche's racer brings new, innovative technology and a new name to a series already bristling with exciting entrants. If it helps develop better road-going Porsches in future, that's even better.