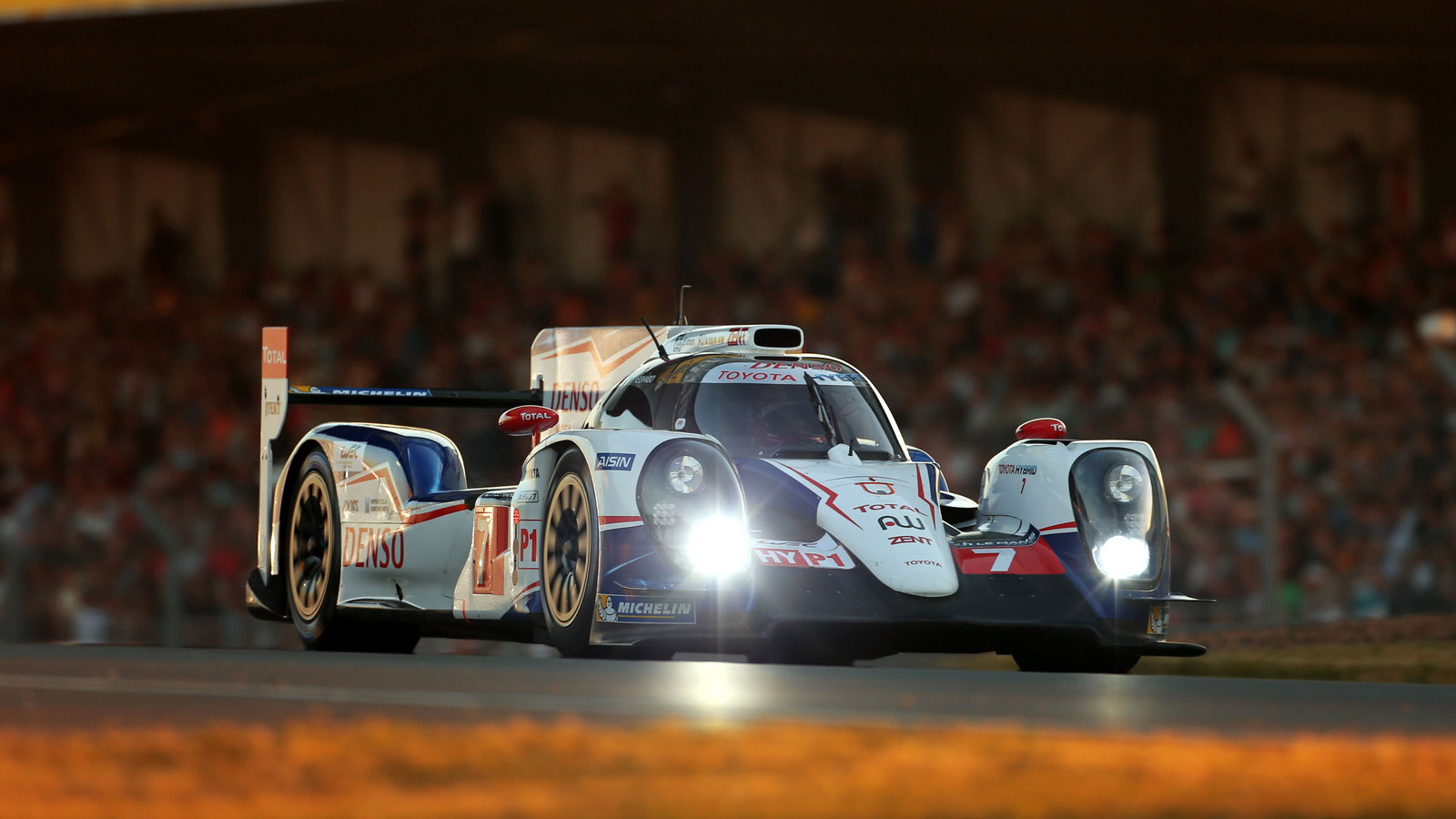 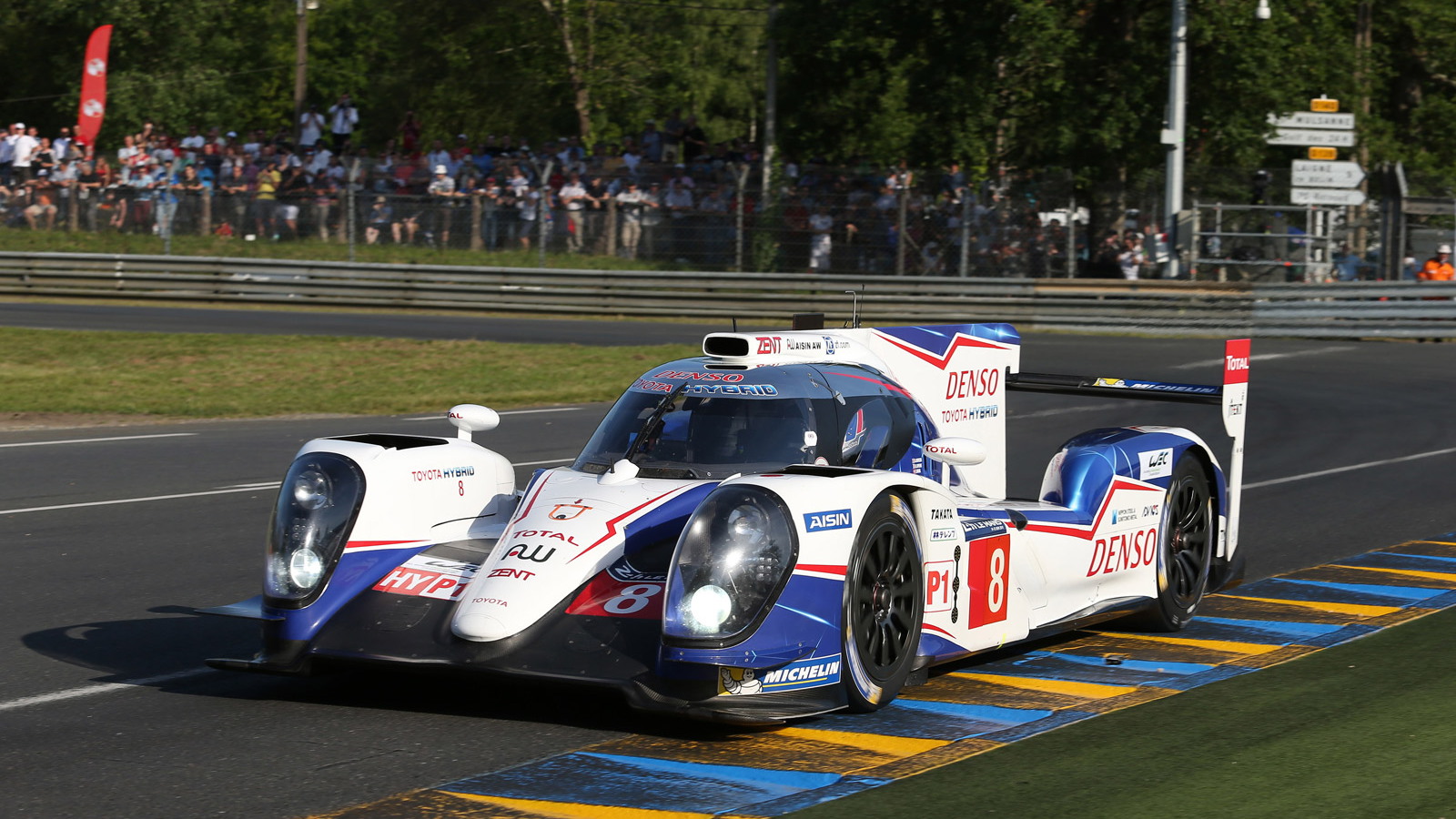 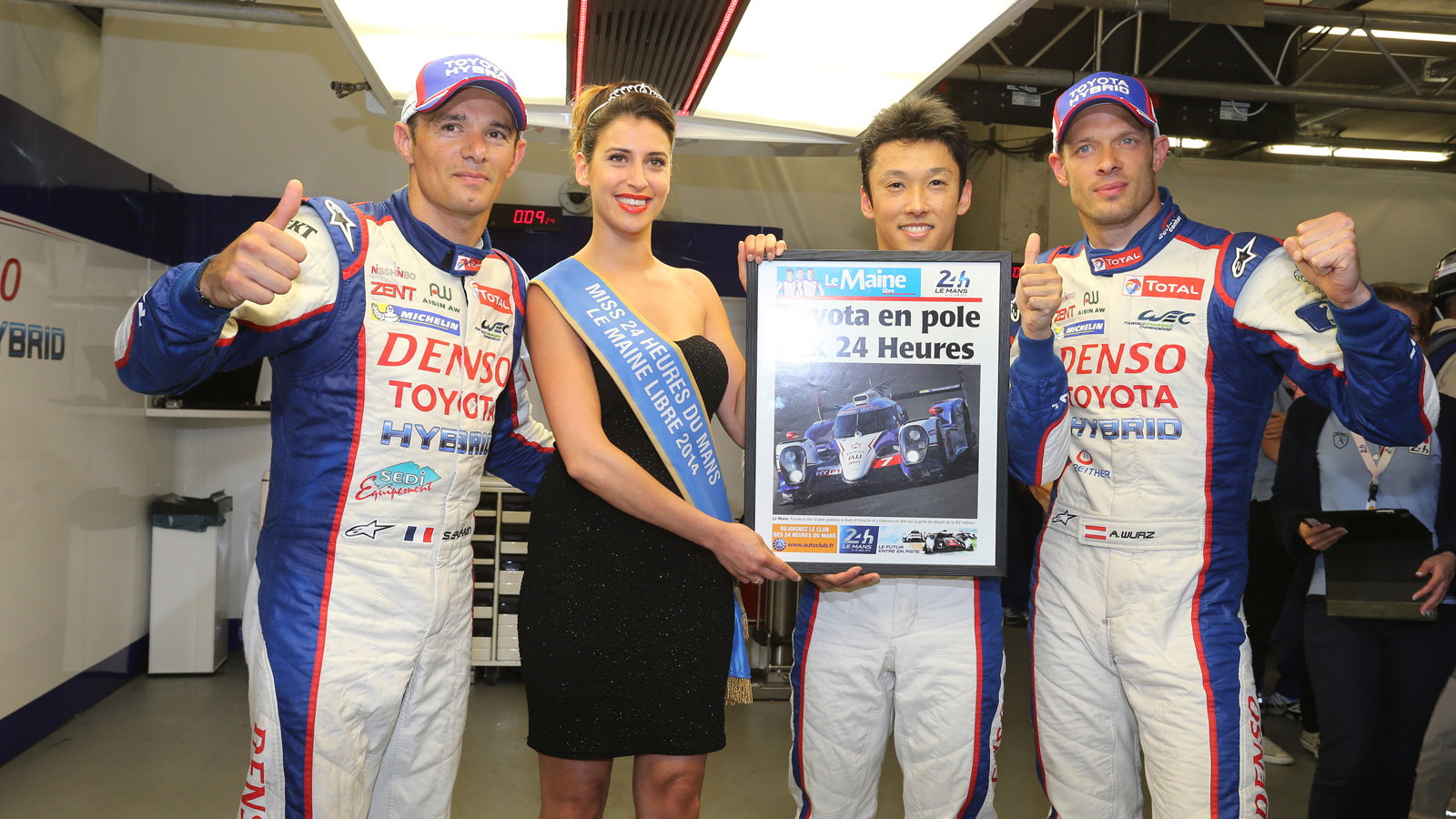 4
photos
Qualifying for the 2014 24 Hours of Le Mans is now over, with the first row composed of a Toyota TS040 Hybrid and a Porsche 919 Hybrid from the LMP1 category. Toyota driver Kazuki Nakajima set a new Le Mans qualifying lap record to put the #7 Toyota TS040 Hybrid in pole position for the race, with a time of 3:21:789, but the #14 Porsche 919 Hybrid in second place set a time just 0.357 off the pace.

The #8 Toyota TS040 Hybrid will start Saturday's race from third on the grid, while the #20 Porsche 919 Hybrid will start at fourth. Filling out the next three spots are the trio of Audi R18 e-tron quattros, starting with the #3 car in fifth, #2 in sixth and #1 in seventh. Note, Loïc Duval in the #1 Audi R18 e-tron quattro crashed hard at the start of qualifying and was replaced by Marc Gené, although he didn’t suffer any major injuries.

As well as starting from first place on the grid, Toyota’s TS040 Hybrid enters this year's race with two wins from the opening two rounds of the 2014 World Endurance Championship (Le Mans is the third round). Hopefully Audi will be able to lift its performance. The brand with the four rings is gunning for its 13th overall victory at Le Mans since its debut in 1999, and fifth in a row.

In the LMP2 category, pole honors went to Thiriet by TDS Racing in the race debut of the new Ligier JS P2 Nissan. He set a time of 3:37.609. Showing just how competitive the field is this year, the top five grid positions in LMP2 were separated by less than a second.

Ferrari dominated the LM GTE categories, with the AF Corse 458 Italia driven by Gimmi Bruni, last year’s world champion, securing pole in the LM GTE Pro class with a 3:53.700. Second quickest was the #73 C7.R of Corvette Racing while third was the #97 V8 Vantage of Aston Martin Racing.

In the LM GTE AM class, it was another AF Corse 458 Italia securing pole. Sam Bird set a time of 3.54.665, which would have made him second in the LM GTE Pro class. The next quickest in LM GTE AM was the #98 V8 Vantage of Aston Martin Racing, with Aston’s #95 car the third quickest.

Incredibly, Nissan’s ZEOD RC plug-in hybrid race car recorded the highest ever speed by an electric vehicle at Le Mans with Japanese ace Satoshi Motoyama reaching 186 mph on the Mulsanne Straight in qualifying. The car, which competes in the single-entry Garage 56 experimental class, set a brisk time of 3:50.185.

There is no track action today, apart from the drivers’ parade and the procession of historic cars. It all heats up again on Saturday morning with the warm-up session starting at 9 a.m. local  time and then the race at 3 p.m. (9 a.m. Eastern). You can stay up to date by visiting our Le Mans dedicated hub. Below is a video of some highlights from qualifying.