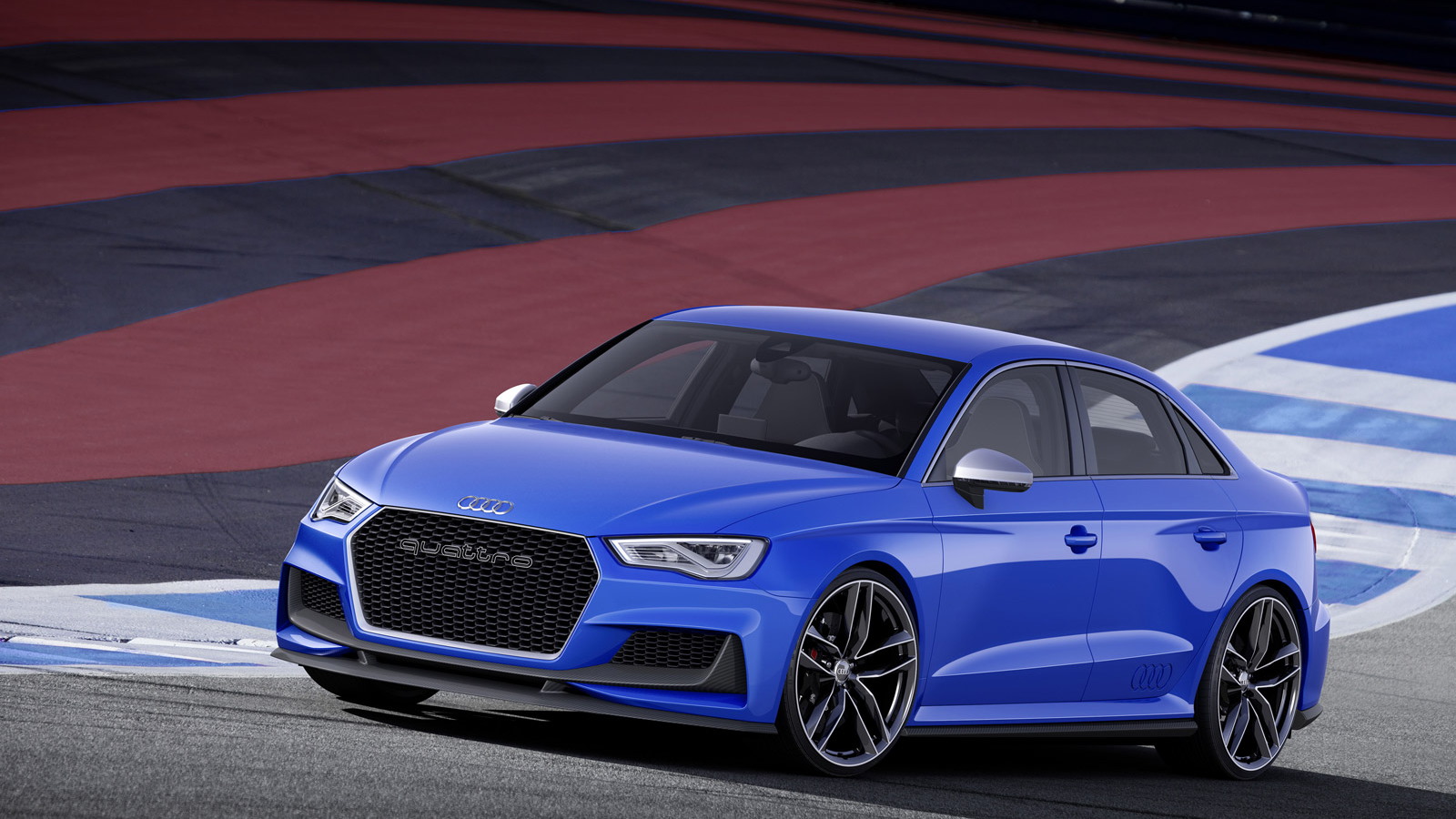 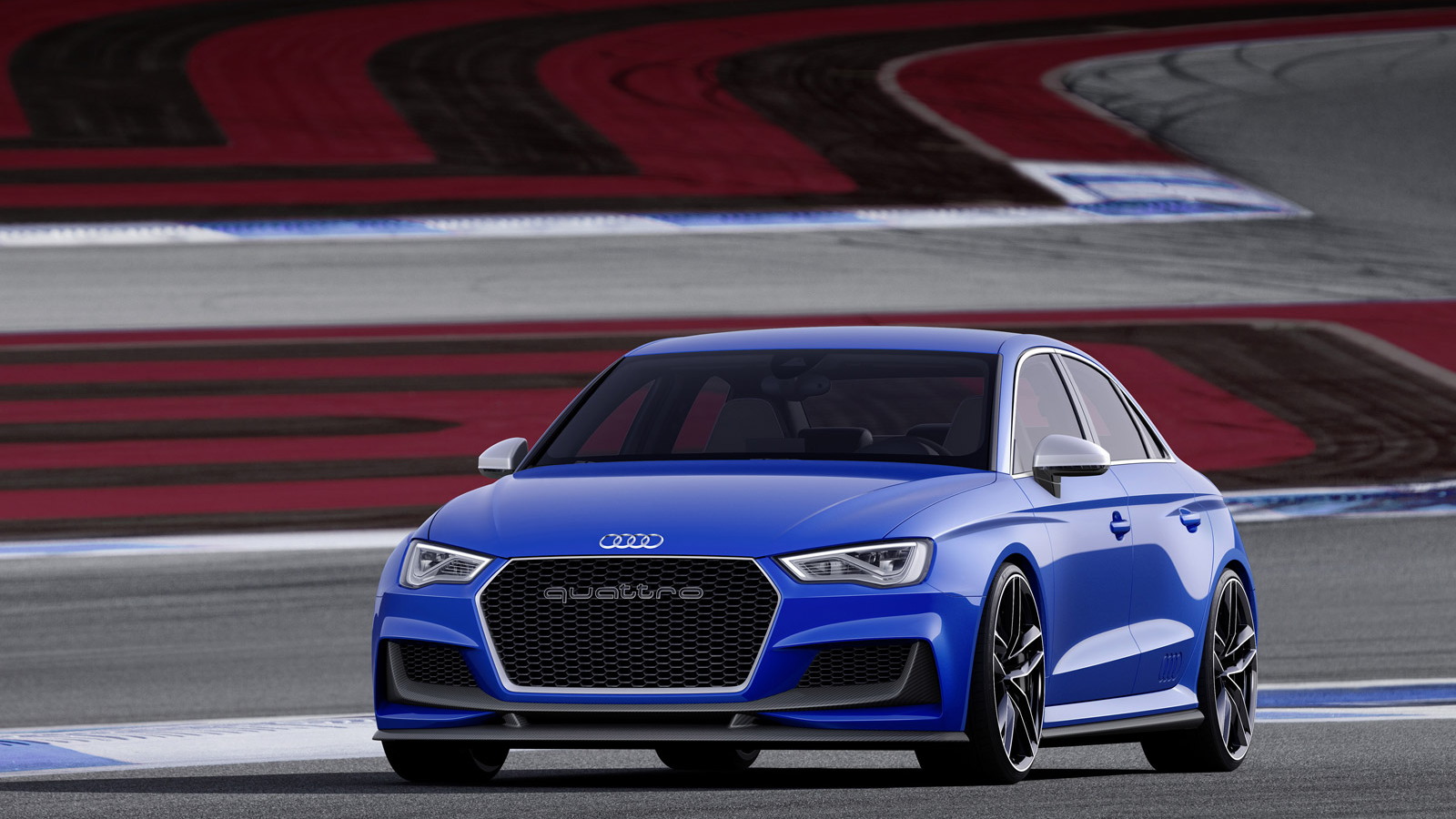 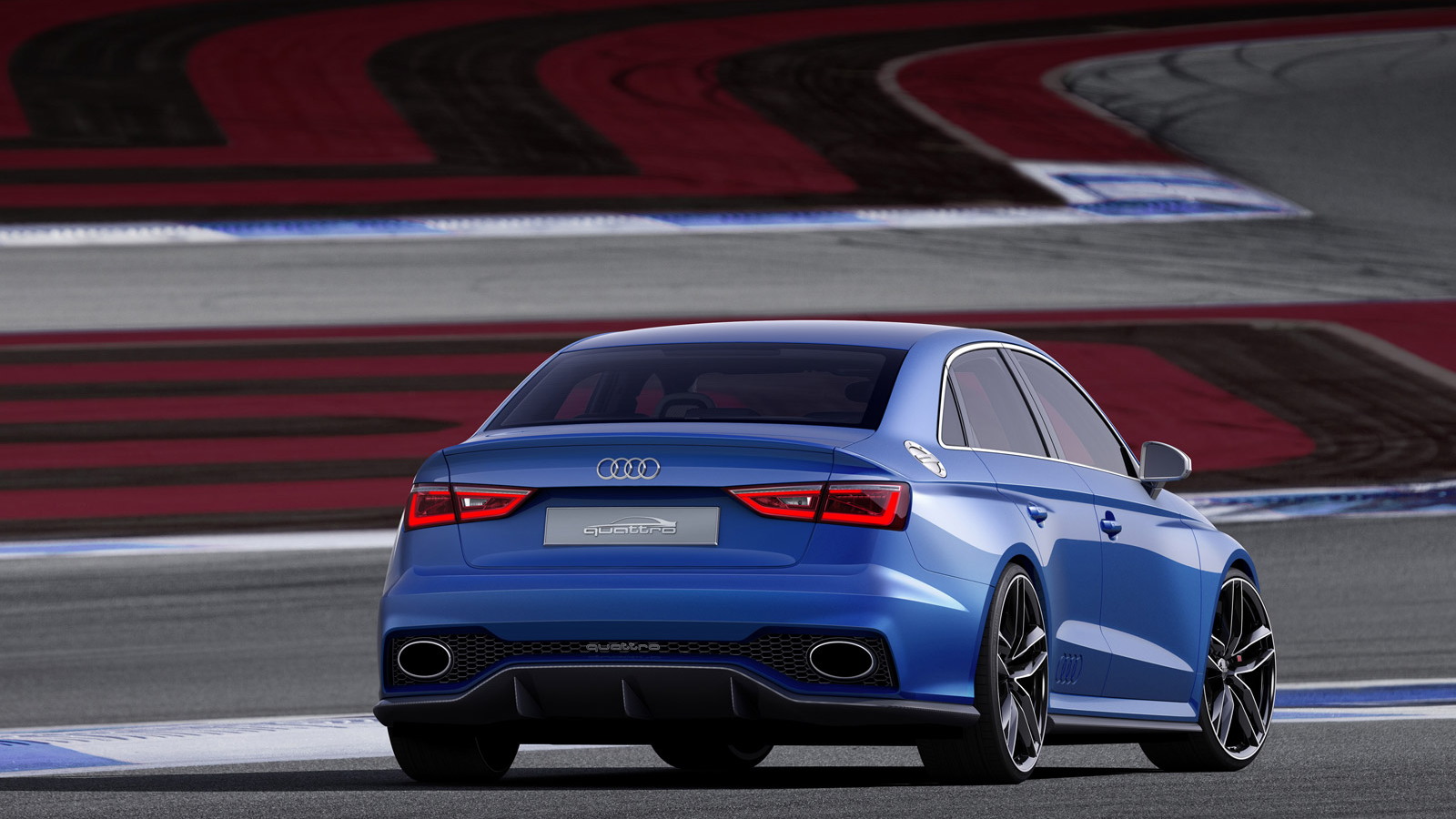 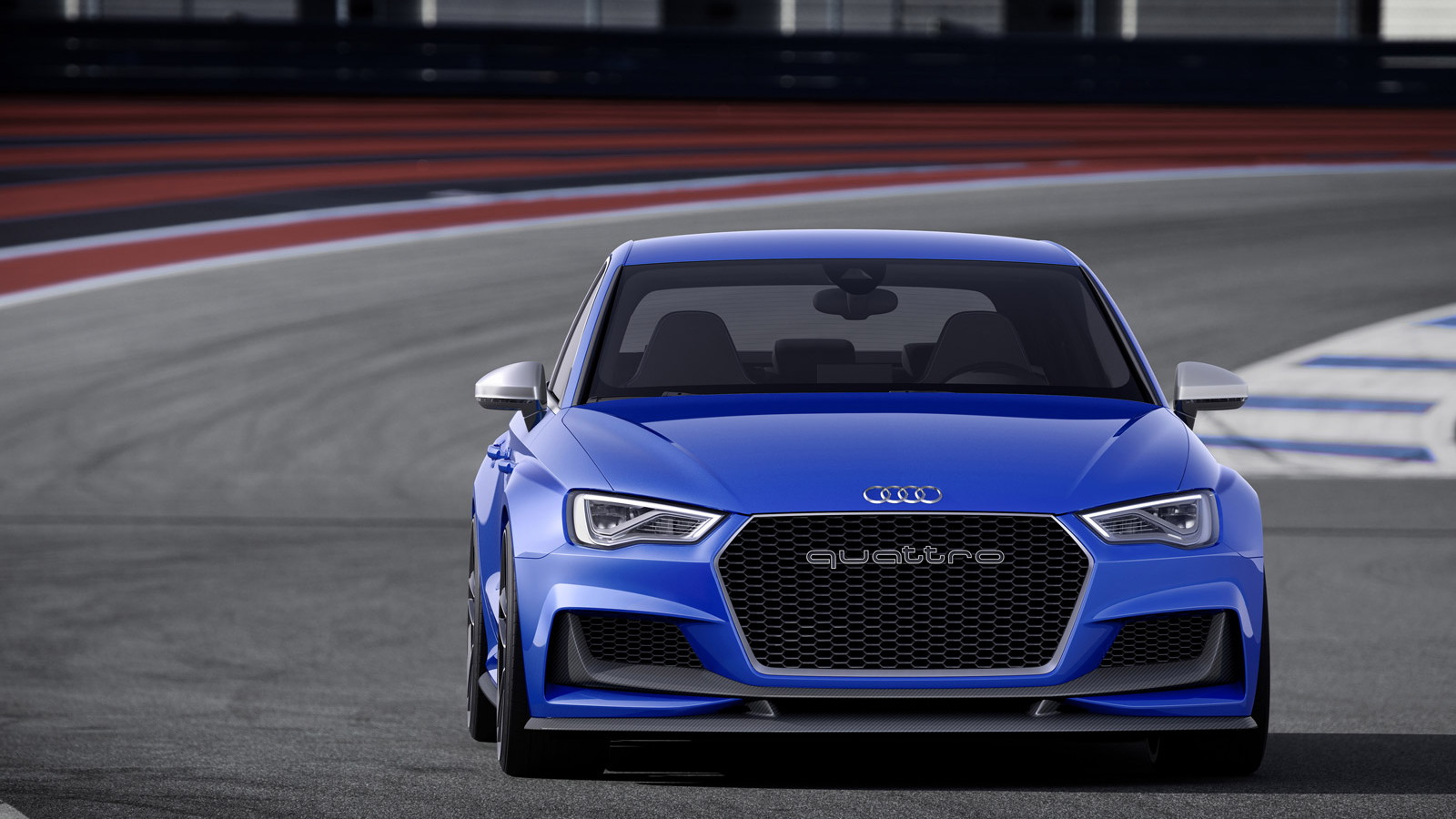 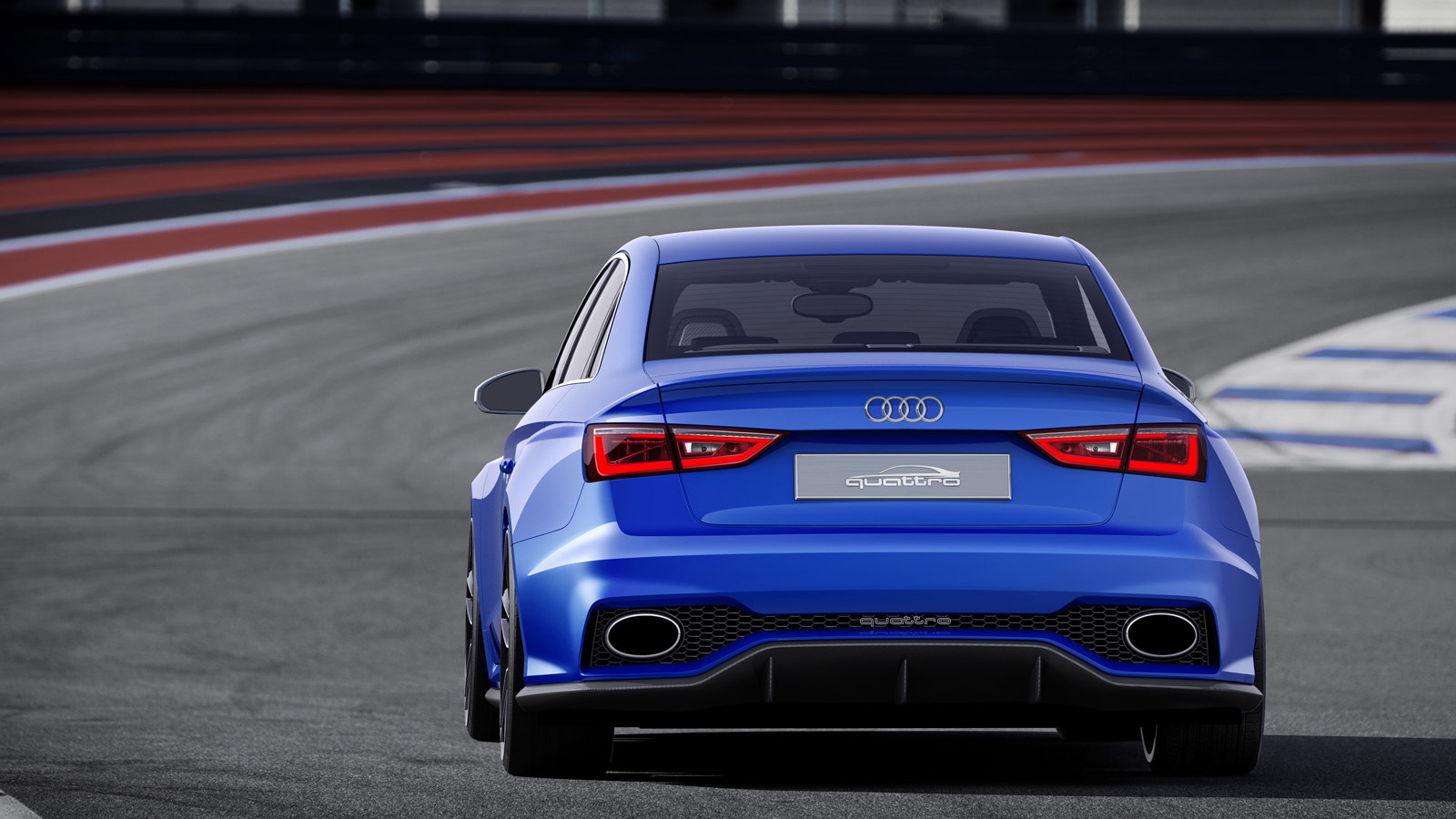 8
photos
Behold the new A3 clubsport quattro concept, a hotted-up version of the 2015 Audi A3 sedan that’s powered by a five-cylinder TFSI engine developing—wait for it—525 horsepower and 442 pound-feet of torque. The concept will be shown for the first time at the 2014 Wörthersee Tour tuning fest in Austria running from May 28-31 and previews a potential RS 3 sedan.

Audi has already started work on a new RS 3 Sportback, but the fact that the A3 clubsport quattro concept is a sedan suggests that an RS 3 sedan will eventually be launched as well. Given the popularity of the Mercedes-Benz CLA45 AMG, a new RS 3 sedan from Audi seems like a no-brainer.

The A3 clubsport quattro concept features a number of RS clues including air curtains in the front intakes, a mesh grille, pumped fenders, and oval exhaust tips integrated with the rear bumper. However, the biggest clue that this may be an RS 3 preview is the five-cylinder engine, previous versions of which have been fitted to the former TT RS as well as the former RS 3 Sportback and RS Q3 sold overseas.

“The Audi A3 clubsport quattro concept shows our car and tuning fans at the Wörthersee just how much sporty potential there is in the A3 family and in our top-of-the-line engines such as the 2.5 TFSI,” Audi R&D boss Ulrich Hackenberg said in a statement. “We have pushed the limits in every respect with this show car: power, dynamics, sound, design.”

The A3 clubsport quattro concept weighs 3,366 pounds, which isn’t bad for an all-wheel-drive sedan, and with its potent powerplant will sprint from 0-62 mph in 3.6 seconds and reach a top speed of 192 mph. Extensive modifications make this extreme performance possible. These include a large turbocharger running close to 22 psi of boost pressure, high-flow intake and exhaust systems, and a seven-speed S tronic dual-clutch transmission with a compact three-shaft layout. Its tall seventh gear reduces fuel consumption, and the final gear ratio has been modified accordingly.

The heart of the quattro all-wheel-drive system is a hydraulically activated, multi-plate clutch on the rear axle that has been specially designed for the high torque of the powerful five‑cylinder. Like the engine management system, its electronic controller is integrated into the Audi drive select system which allows the driver to adjust its potency. The suspension of the concept has also been lowered 0.4 of an inch and now includes adjustable coilovers and lighter aluminum components. The concept also wears 21-inch wheels which house massive carbon-ceramic brake discs.

The cabin of the A3 clubsport quattro concept seats four comfortably. Racing seats with high side bolsters await the driver and front passenger. Alcantara, carbon fiber and leather can all be found here. The footrest and pedals are made of stainless steel, black faces and red needles are used in the instrument cluster, and a shift light in the tacho indicates when the 6,900 rpm rev limit is reached.

Joining the A3 clubsport quattro concept on Audi’s stand at this year’s Wörthersee Tour will be the new 2016 TT and TT quattro sport concept as well as the 2015 S3 Cabriolet.