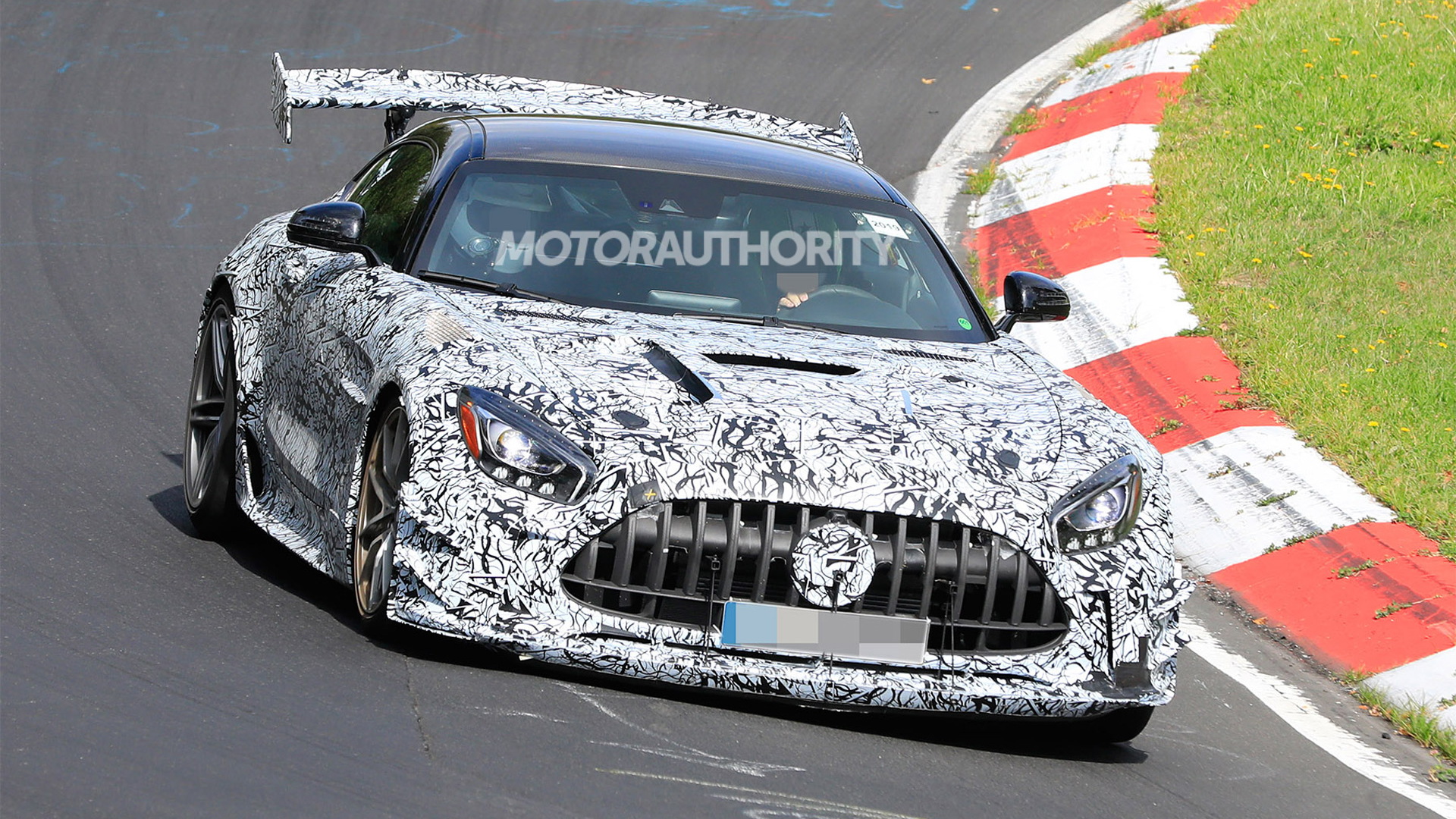 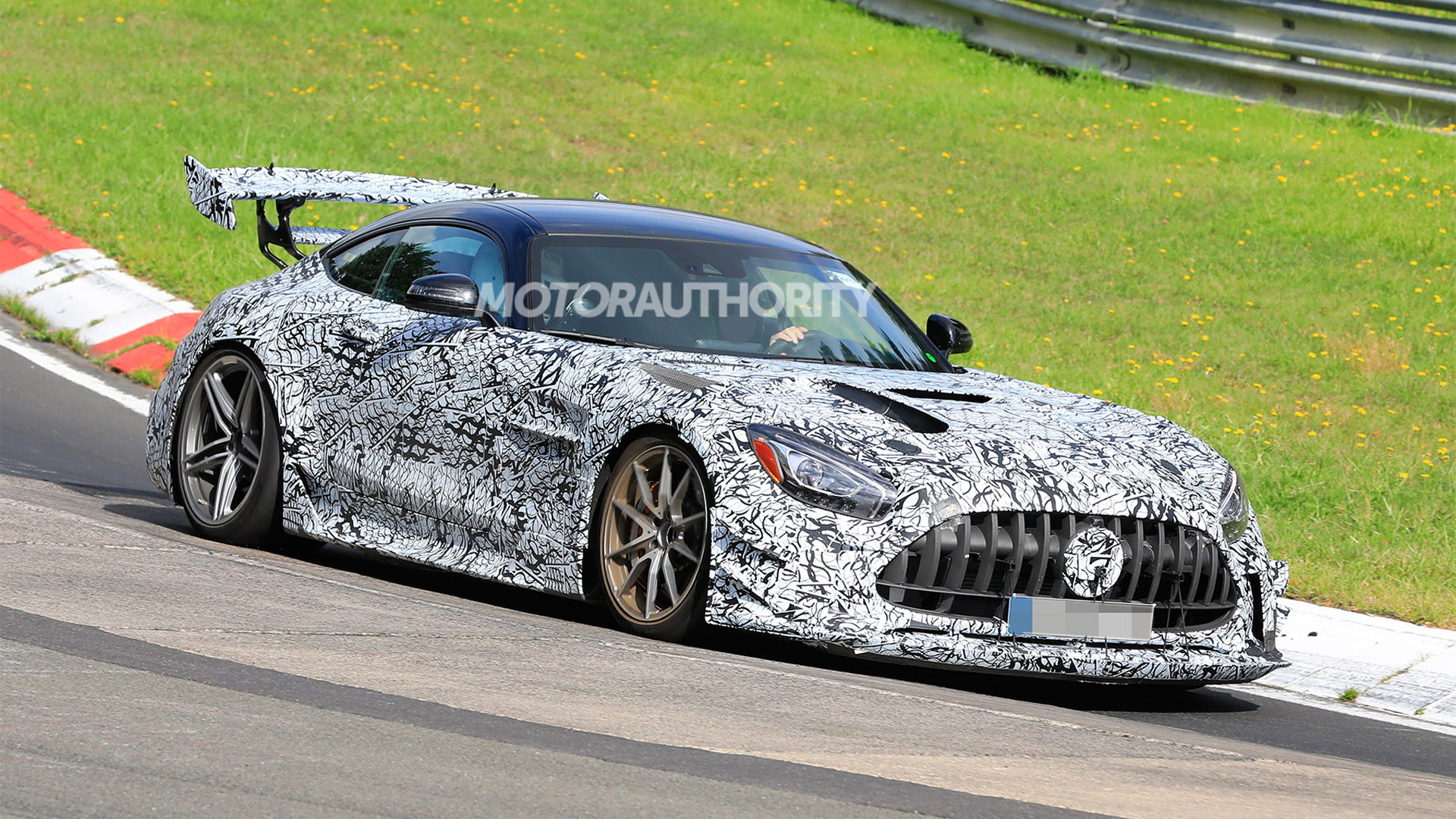 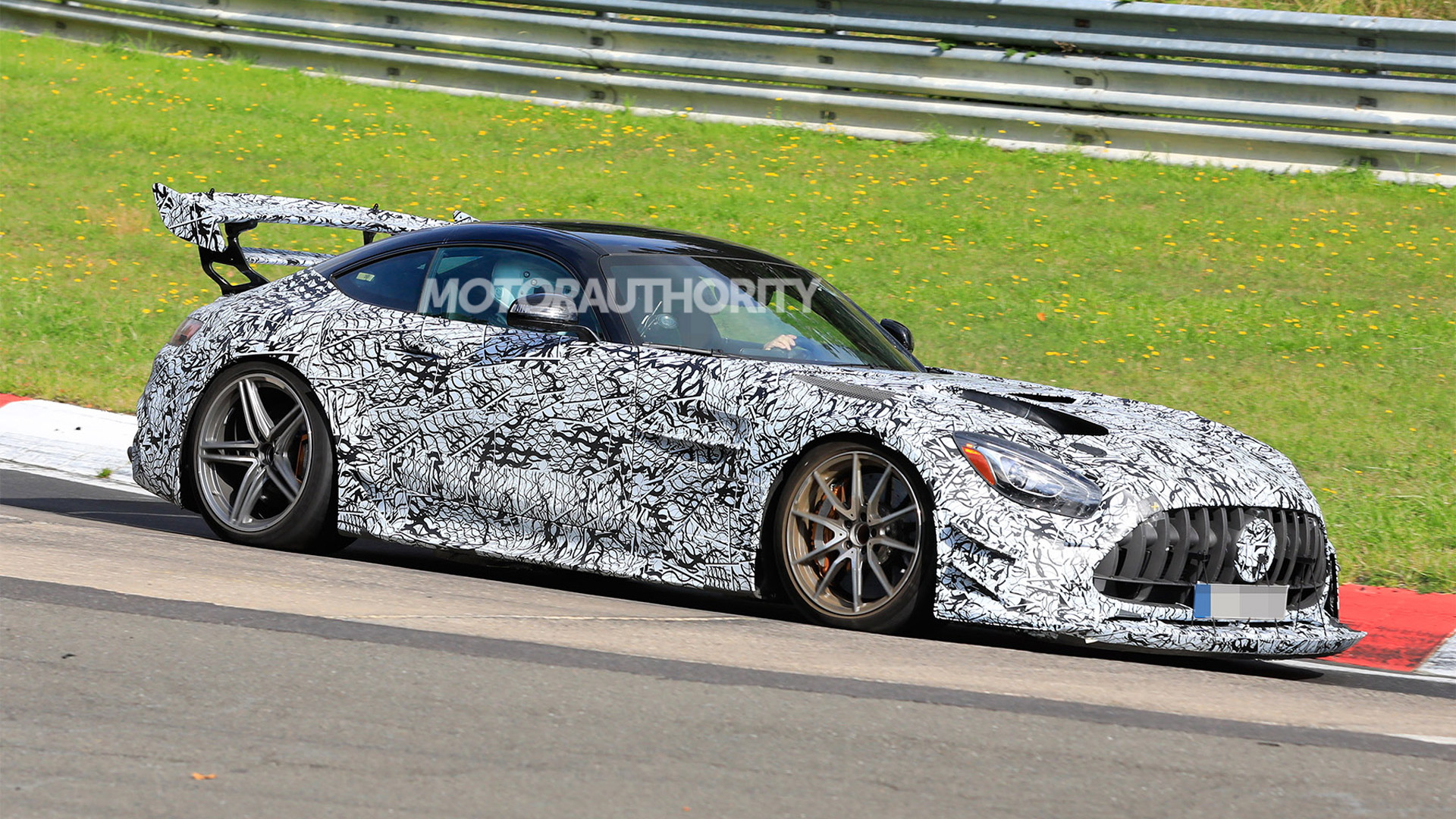 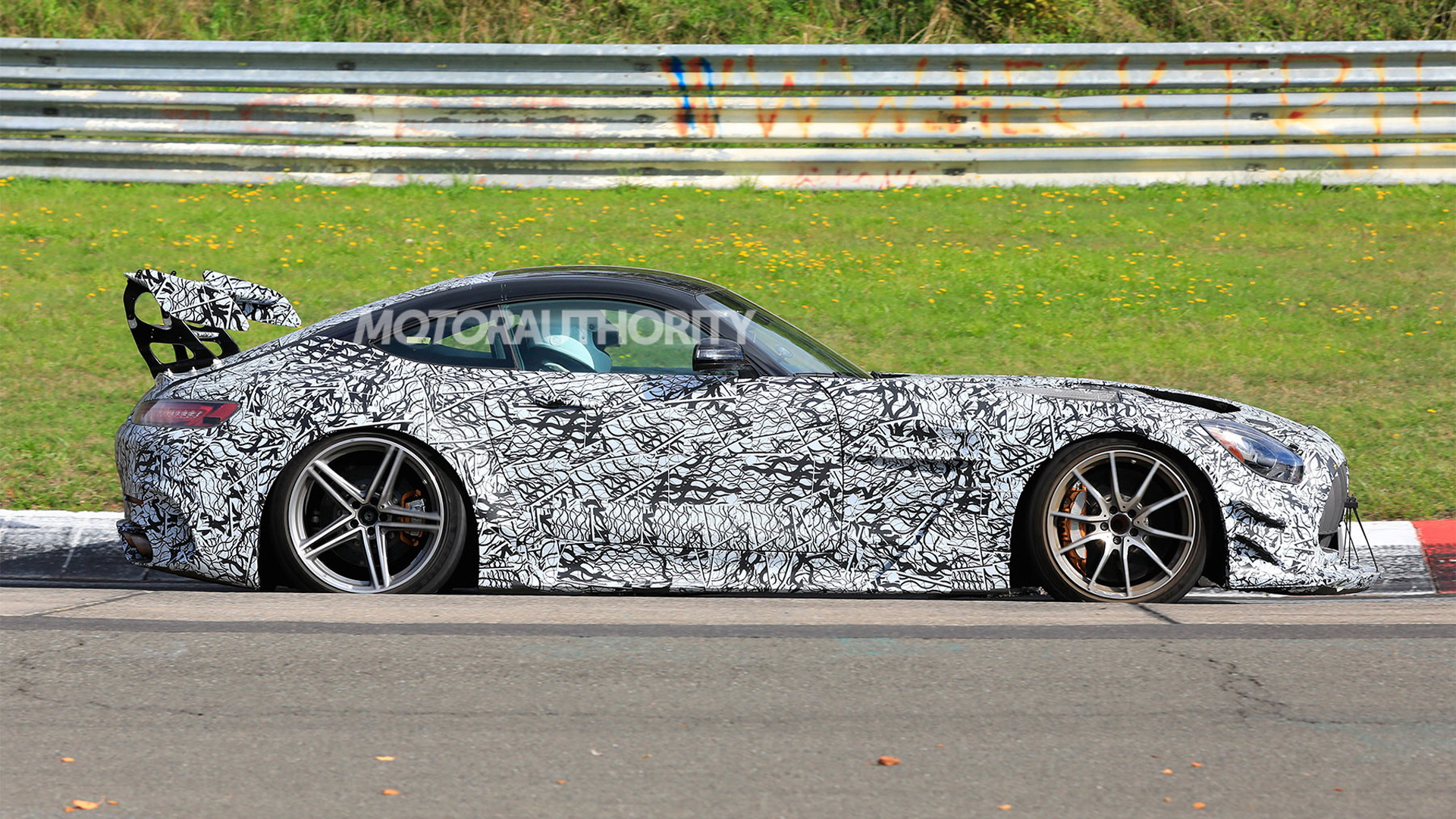 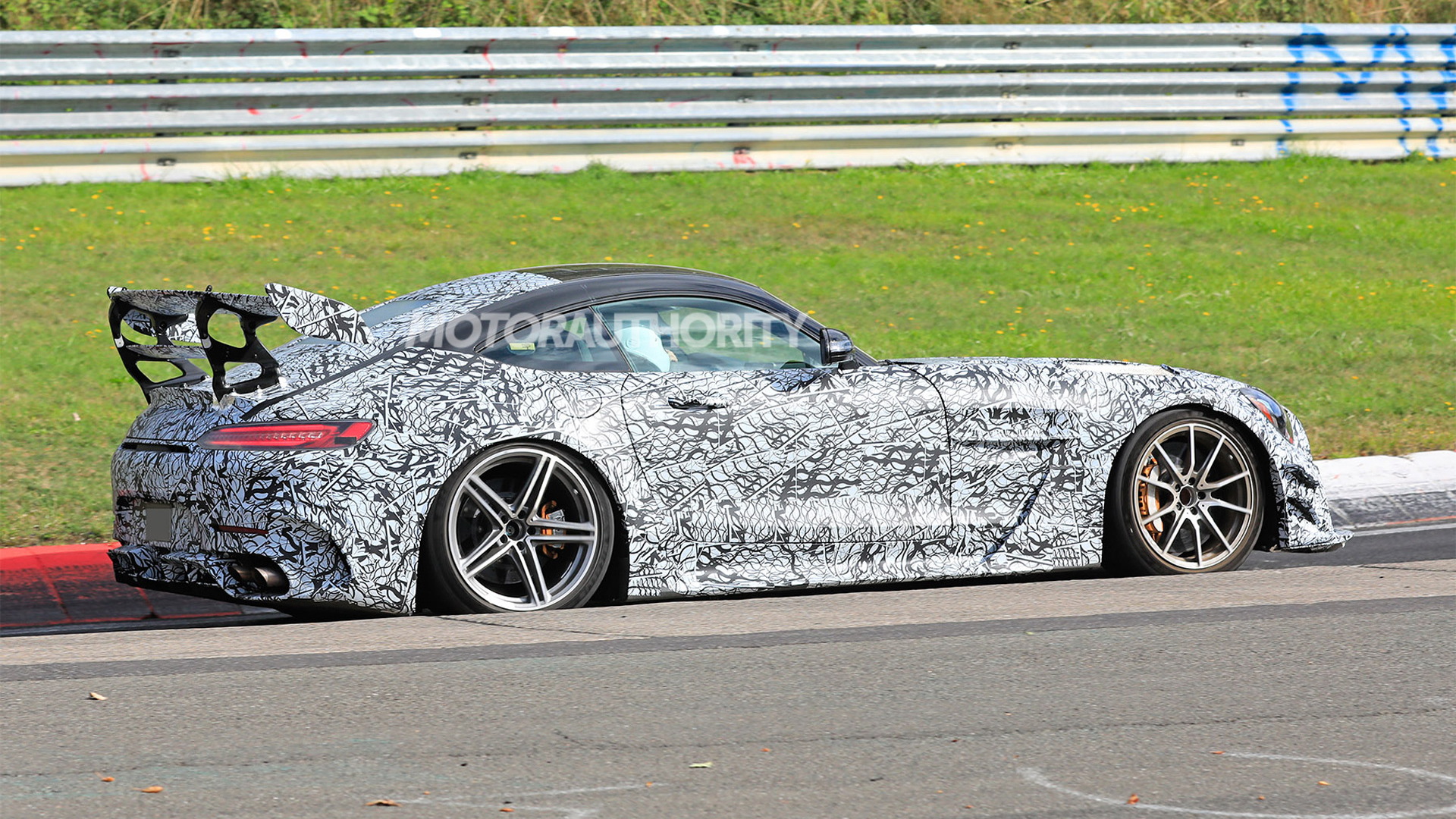 Mercedes-AMG’s GT has just been updated, but a bigger, badder and presumably faster version of the Affalterbach tuner’s standalone sports car has been spotted testing at the Nürburgring and on some of the German racetrack's surrounding streets.

The car looks to be derived from the track-focused GT R Pro, but there are clues that suggest we’re looking a tester for something even more hardcore. We’re talking about a GT Black Series, a car AMG boss Tobias Moers has said will be ready for sale in 2020. This means we’ll likely see it introduced as a 2021 model.

Developing a Black Series model isn’t just about dialing up the juice. Some readers will recall that the SLS AMG Black Series actually had less torque than the standard model.

If we were to hazard a guess, expect weight reduction, race-bred suspension, and a suitably angrier look (the massive grille is straight off the latest racing version of the GT sports car). The aerodynamic elements also look to have been tuned to race car-like levels, as evidenced by the huge rear wing and ducts in the hood.

We also know the testers feature roll cages and lightweight, plexiglass rear windshields. Meanwhile, the wheels measure 19 inches across up front and 20 inches in the rear and are wrapped in Michelin Pilot Sport Cup 2 tires measuring 285/35 at the front and 335/30 at the rear.

Under the hood will be the familiar 4.0-liter twin-turbocharged V-8, albeit potentially a new version with close to 700 horsepower on tap. The current version of the engine delivers 630 horsepower and 664 pound-feet in AMG's GT 4-Door Coupe super sedan, which is the most powerful application yet.

The GT R Pro is already one of the fastest rear-wheel-drive production cars around the ‘Ring, with a time of 7:04.63, and it only has 577 hp and 516 lb-ft of torque. The GT Black Series will likely see the 'Ring time slip under the 7:00 mark.

The car’s main target is Porsche’s 911 GT2 RS. Pretty much every other 911 variant is kept in check by the GT R Pro, so we wouldn’t be surprised if the GT Black Series has what it takes to tackle the flagship 911. Other potential targets include the Lamborghini Huracan Performante and McLaren 600LT.