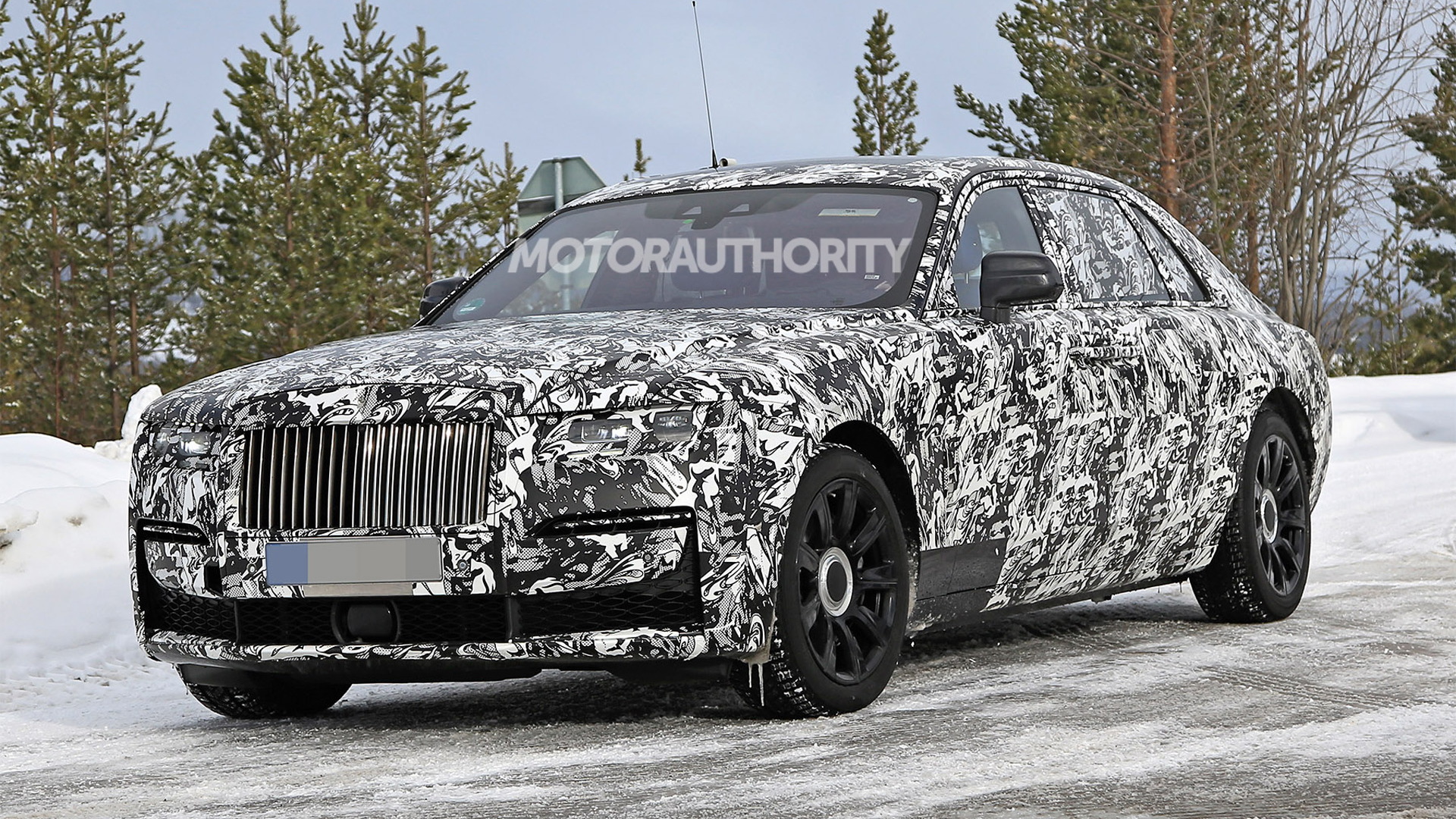 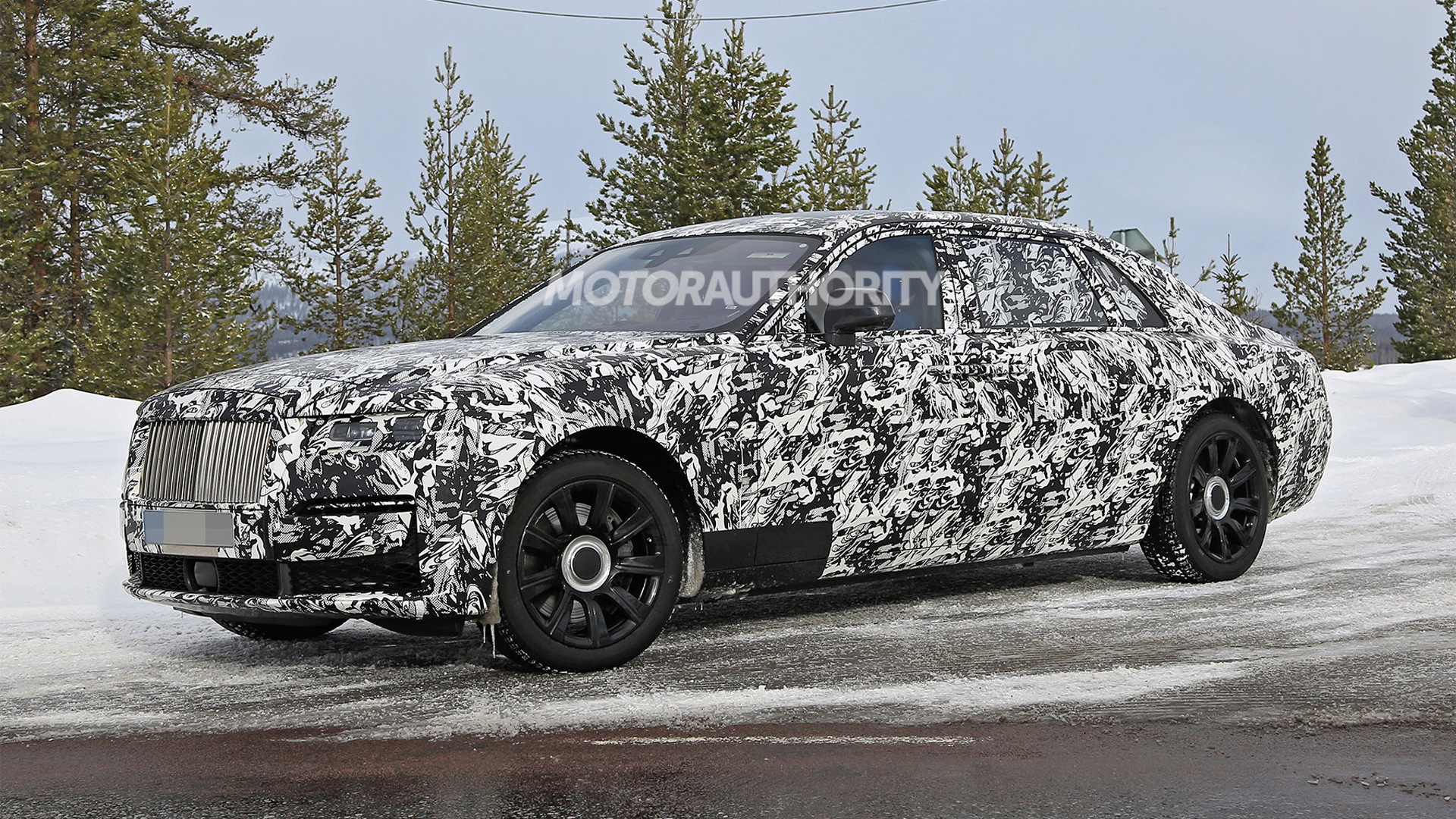 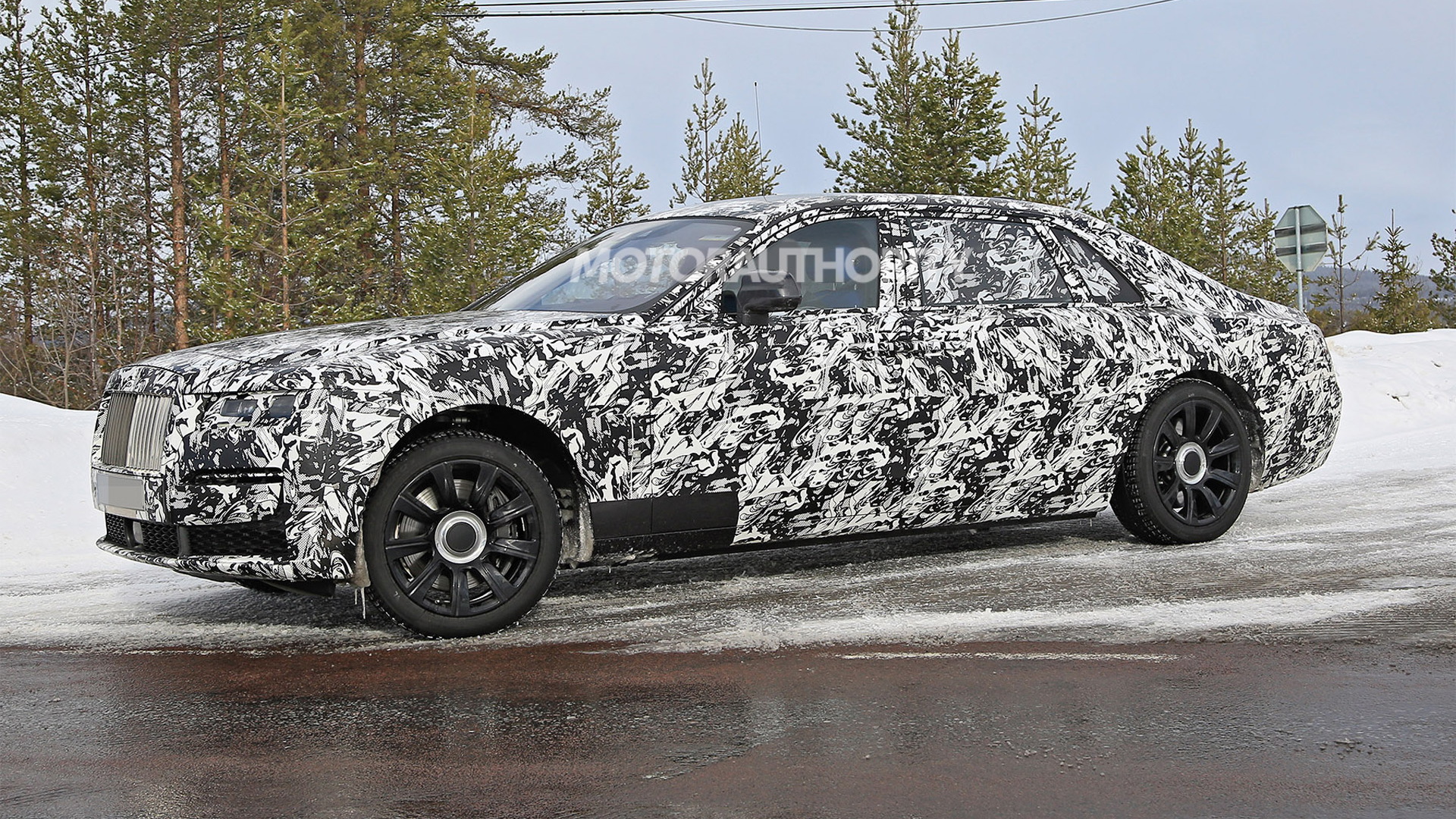 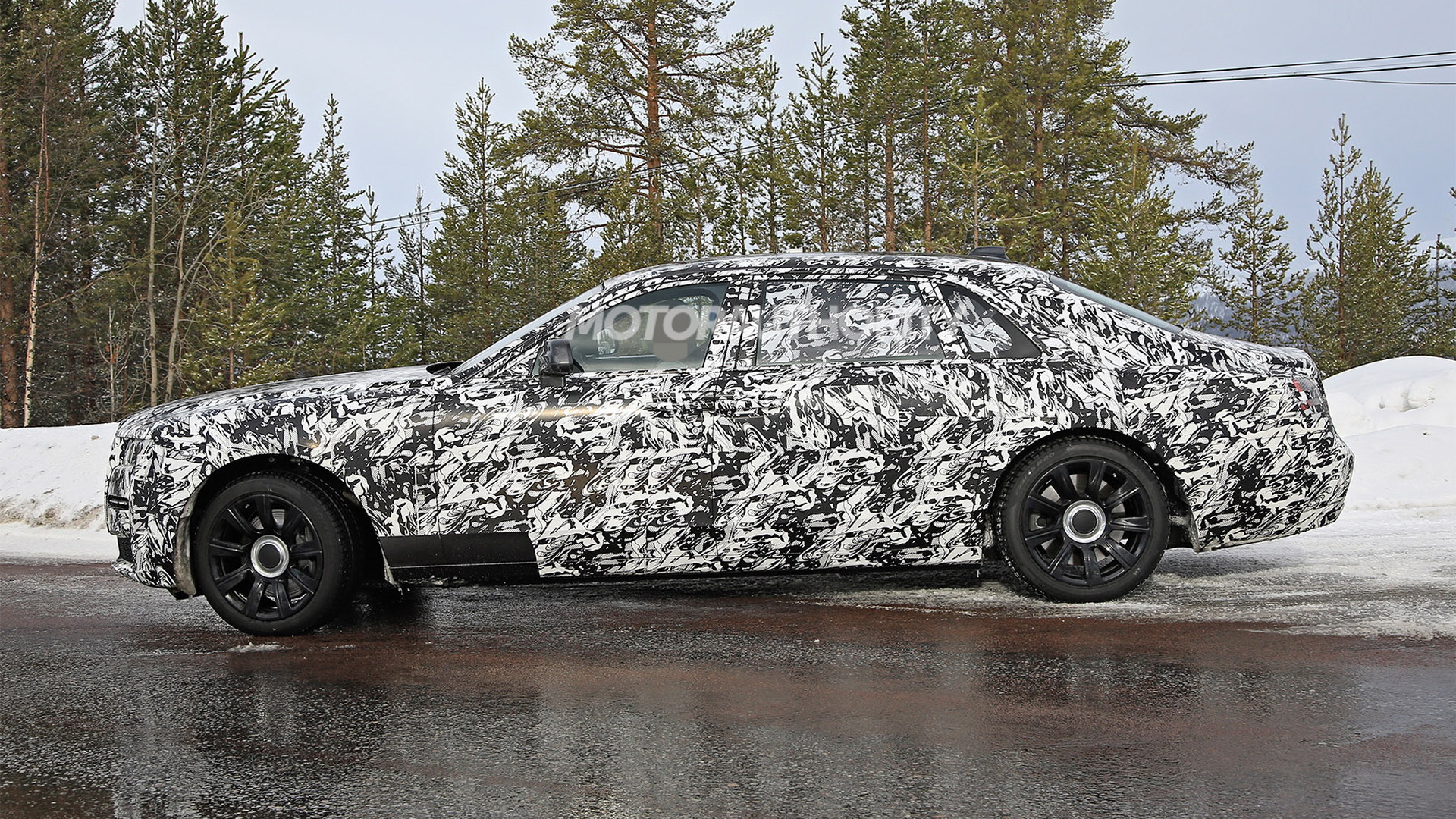 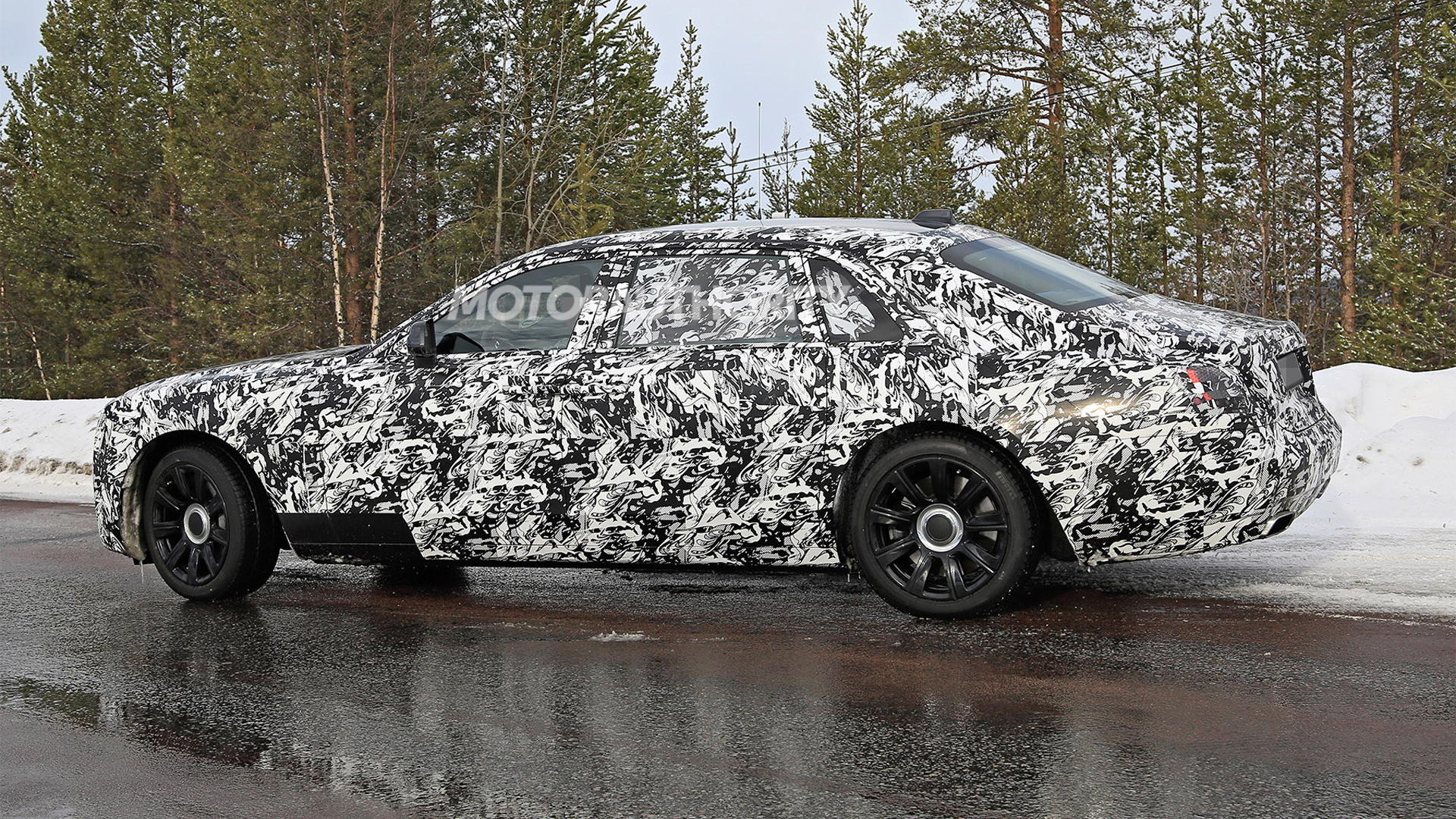 When it comes to Rolls-Royce sedans, the seat of choice isn't behind the steering wheel but rather one in the back. Just let the chauffeur worry about the traffic.

As a result, rear space and comfort is of upmost importance in the ultra-luxury rollers. It's why the Ghost, which is already one of the biggest sedans on the market, has a stretched version, referred to by Rolls-Royce as an “extended-wheelbase” model.

The British automaker is in the process of developing a redesigned Ghost. It's expected around the end of the year, meaning we'll likely see it arrive as a 2021 model.

We now have spy shots of a prototype for the stretched version, i.e. the new Ghost Extended Wheelbase. It should arrive shortly after the standard model.

Like its predecessor, the new Ghost Extended Wheelbase should stretch about 6.0 inches longer than the standard model, with most of the extra length benefiting rear-seat passengers. You can easily see the stretched rear door on this prototype.

The platform is the Rolls-Royce-exclusive aluminum spaceframe that debuted in 2017 in the latest Phantom. Its lighter design compared to the platform it replaces should bring improvements in dynamics and efficiency in the new Ghost range.

Power in the range should come from the same 6.75-liter twin-turbocharged V-12 fitted to the Phantom and Cullinan. The smooth operator generates 563 horsepower and 664 pound-feet of torque, the latter as low as 1,700 rpm. Mated to an 8-speed automatic and driving the rear wheels, the V-12 should hustle occupants to 60 mph in well under 5.0 seconds and to a governed top speed of 155 mph. Some form of electrification is likely to be introduced at a later date.

Naturally, the interior will offer ultimate luxury, but there will be tech as well. This should include features such as a surround-view camera system, night vision, adaptive cruise control, forward collision warning, cross-traffic alerts, lane departure warning, a Wi-Fi hotspot and a head-up display.

Eventually, we should see the new Ghost spawn coupe and convertible models to replace the Wraith and Dawn.