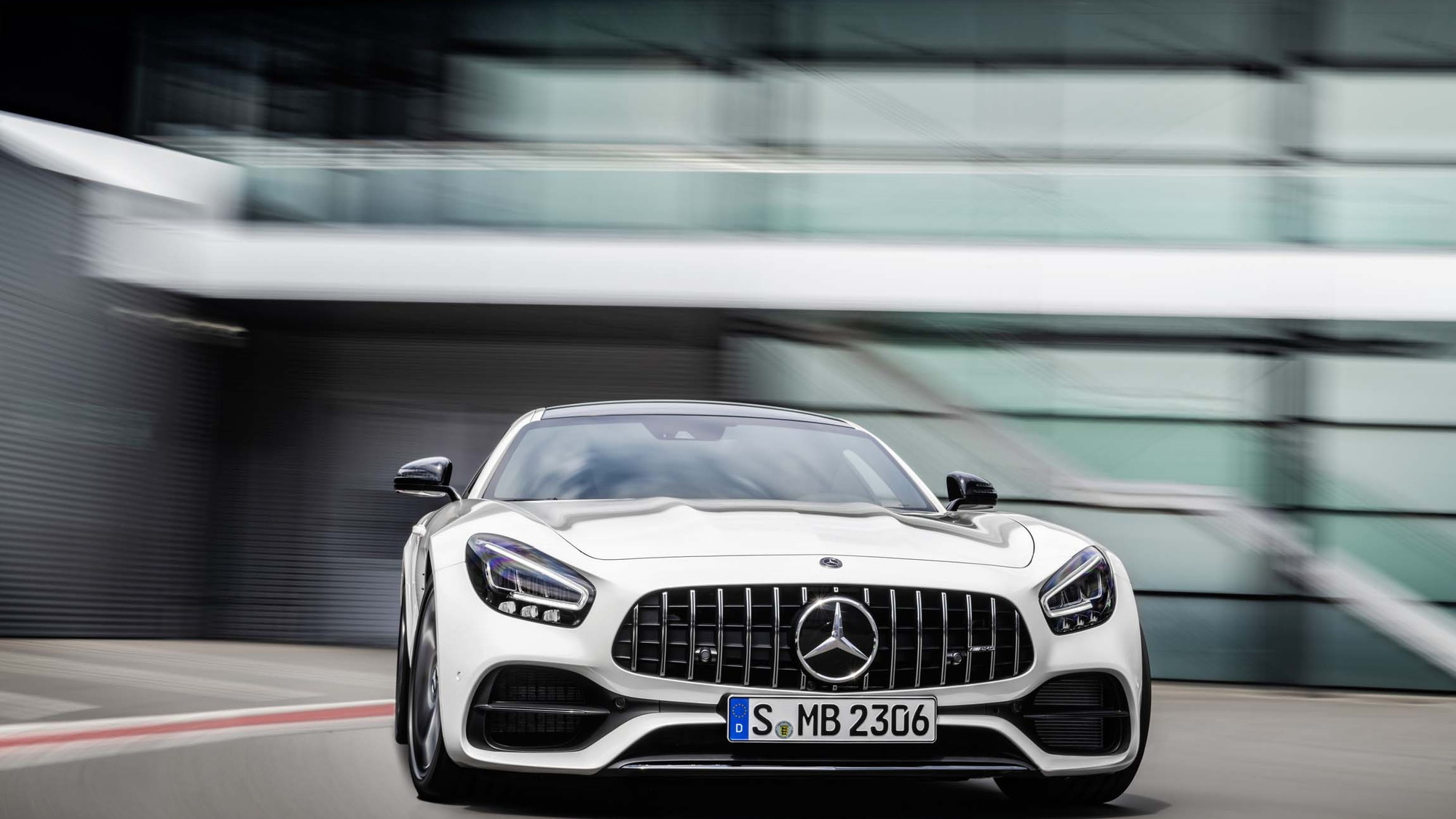 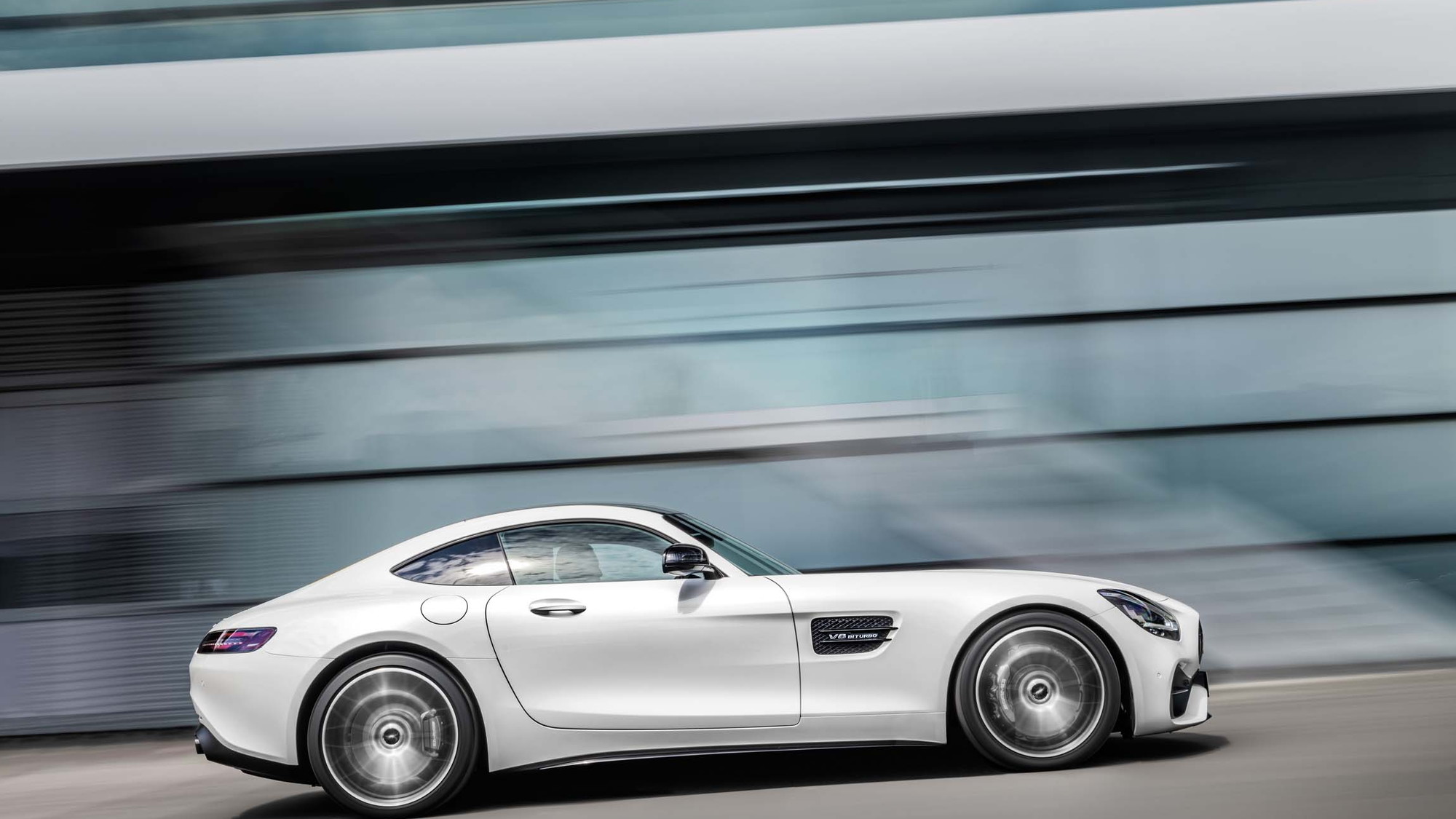 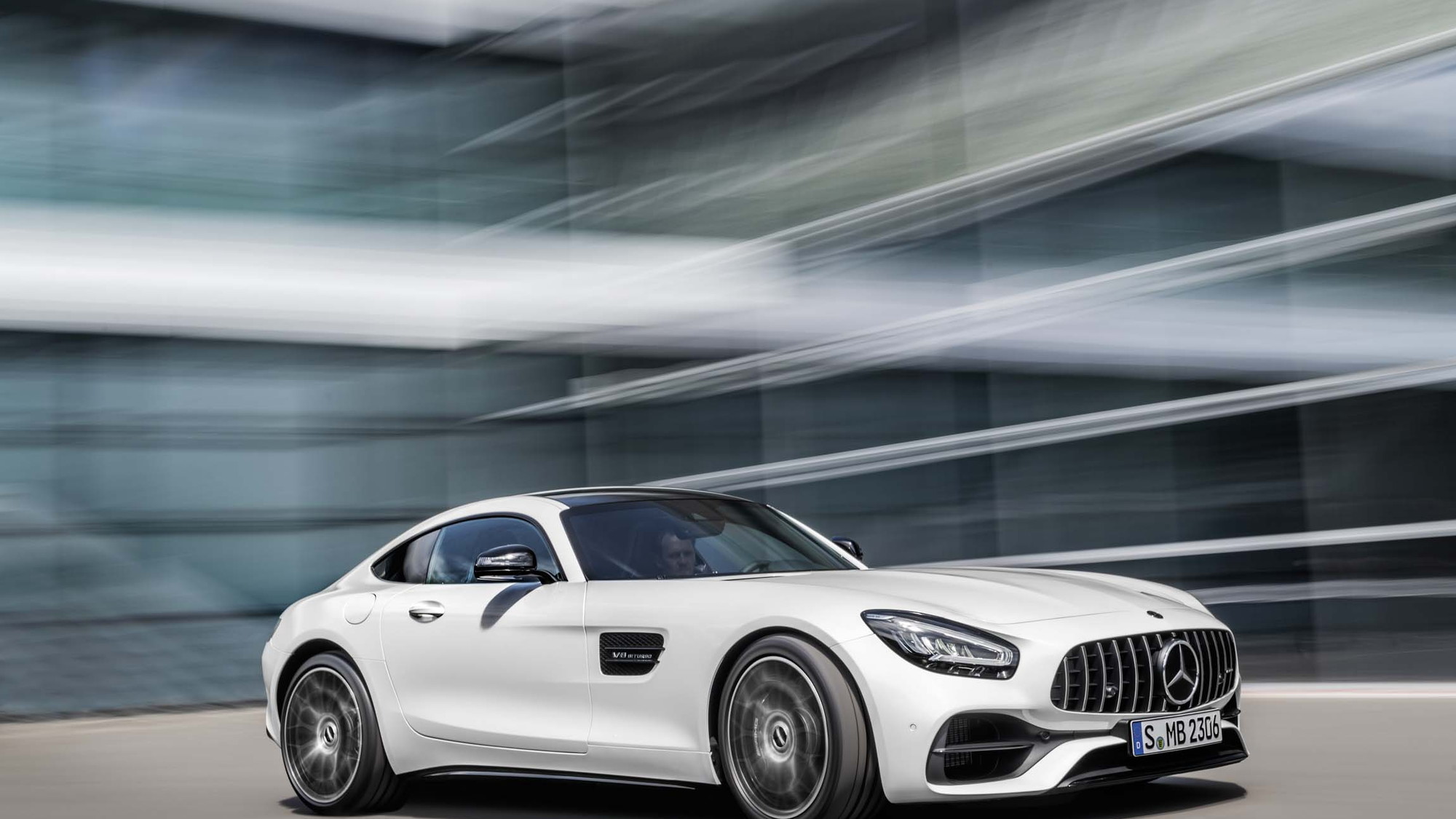 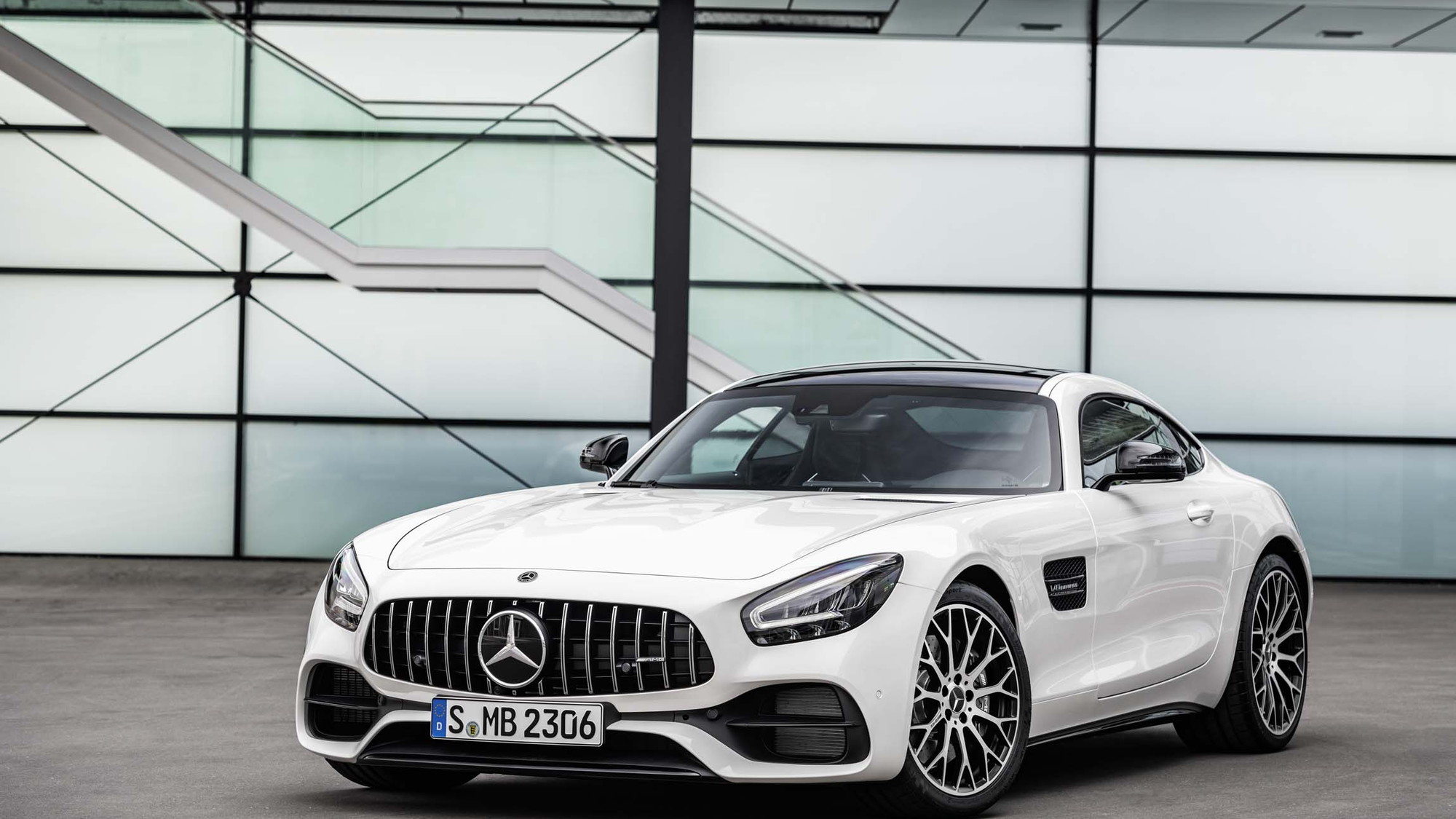 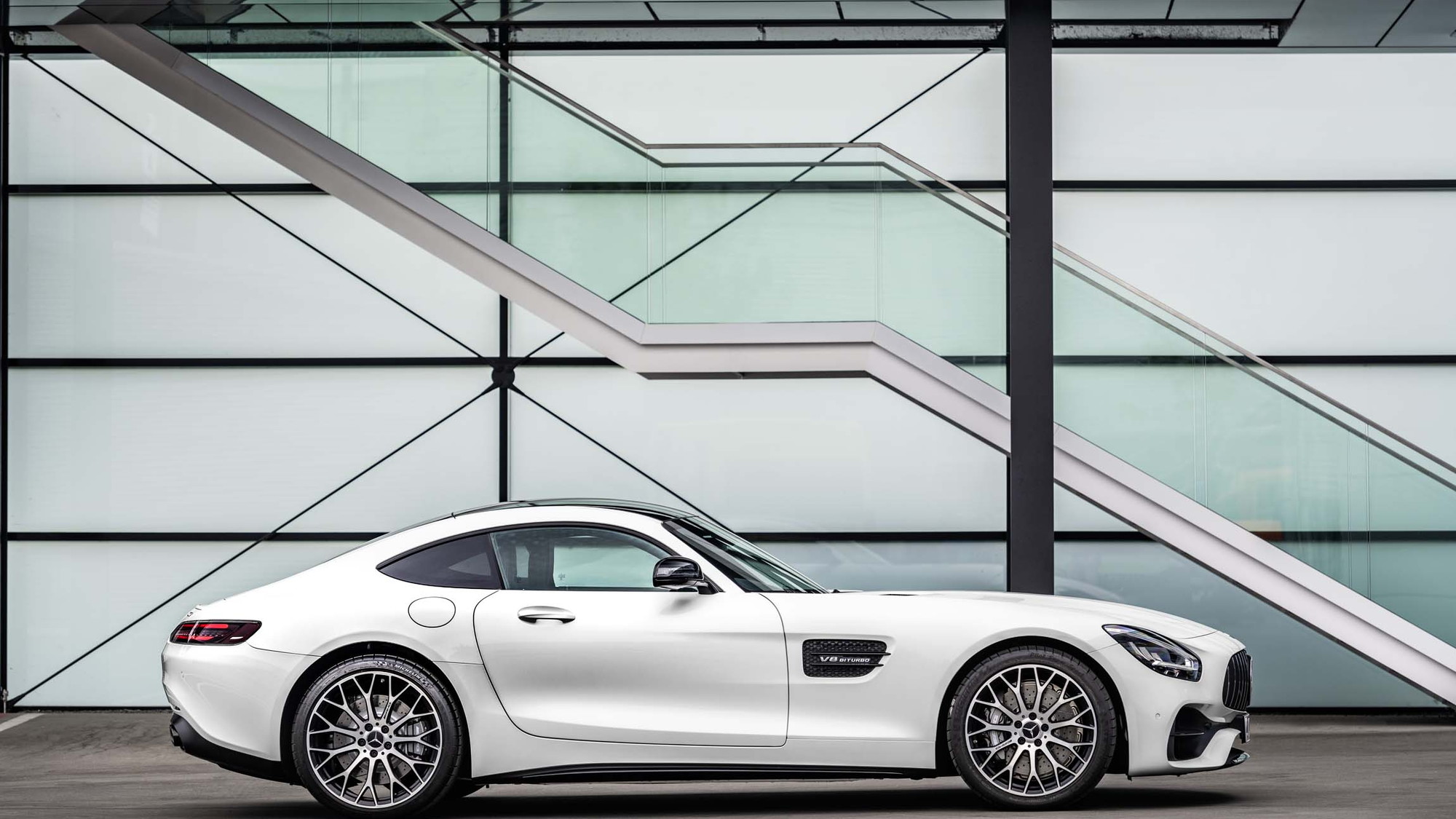 Mercedes-AMG on Wednesday unveiled a subtle facelift for its GT sports car at the 2018 Los Angeles auto show, as well as a new flagship model: the GT R Pro.

The changes constitute a mid-cycle update for AMG's standalone sports car which first arrived as a 2016 model. We expect this updated version to go on sale in 2019 as a 2020 model, where it will go head to head with the redesigned Porsche 911 that also debuted Wednesday in L.A.

Not wanting to mess with the sexy lines of the GT, the exterior is almost unchanged. That's a good thing. Instead, the designers have focused on the cabin, installing the center console of AMG's recently launched GT 4-Door Coupe as well as digital instrument cluster. It means there's now a 12.3-inch screen behind the steering wheel and a 10.25-inch screen at the top of the center stack. The latter serves as the infotainment hub.

Also new in the cabin is the steering wheel design which features a motorsport-inspired flat bottom and a heavily contoured rim for perfect grip. The steering wheel cover in black nappa leather is also perforated at the sides for extra grip. Controls on the wheel can be used to adjust the instrument cluster and infotainment settings.

On the outside, the internals of the lights have been revised at both ends. The rear fascia is also now more sculpted and the designers have used different exhaust tips to help better differentiate the various models. Lower models get round tips while the GT C sports AMG's signature square tips. The exhaust on the range-topping GT R sticks with the current model's central mounting.

There isn't any extra power, meaning the base model's output remains at 469 horsepower. The GT S is no longer included so above the base model is the GT C with 550 hp and GT R with 577 hp. The new GT R Pro also has 577 hp.

Instead of upping the power, AMG focused on sharpening the handling with a new electronic aid called AMG Dynamics. Essentially a control for the electronic stability control system, AMG Dynamics allows the driver to fine tune the power distribution at the rear axles and steering characteristics. It has the modes Slippery, Comfort, Sport, Sport Plus, Race and Individual.

Pricing and availability for the updated GT range will be announced at a later date.