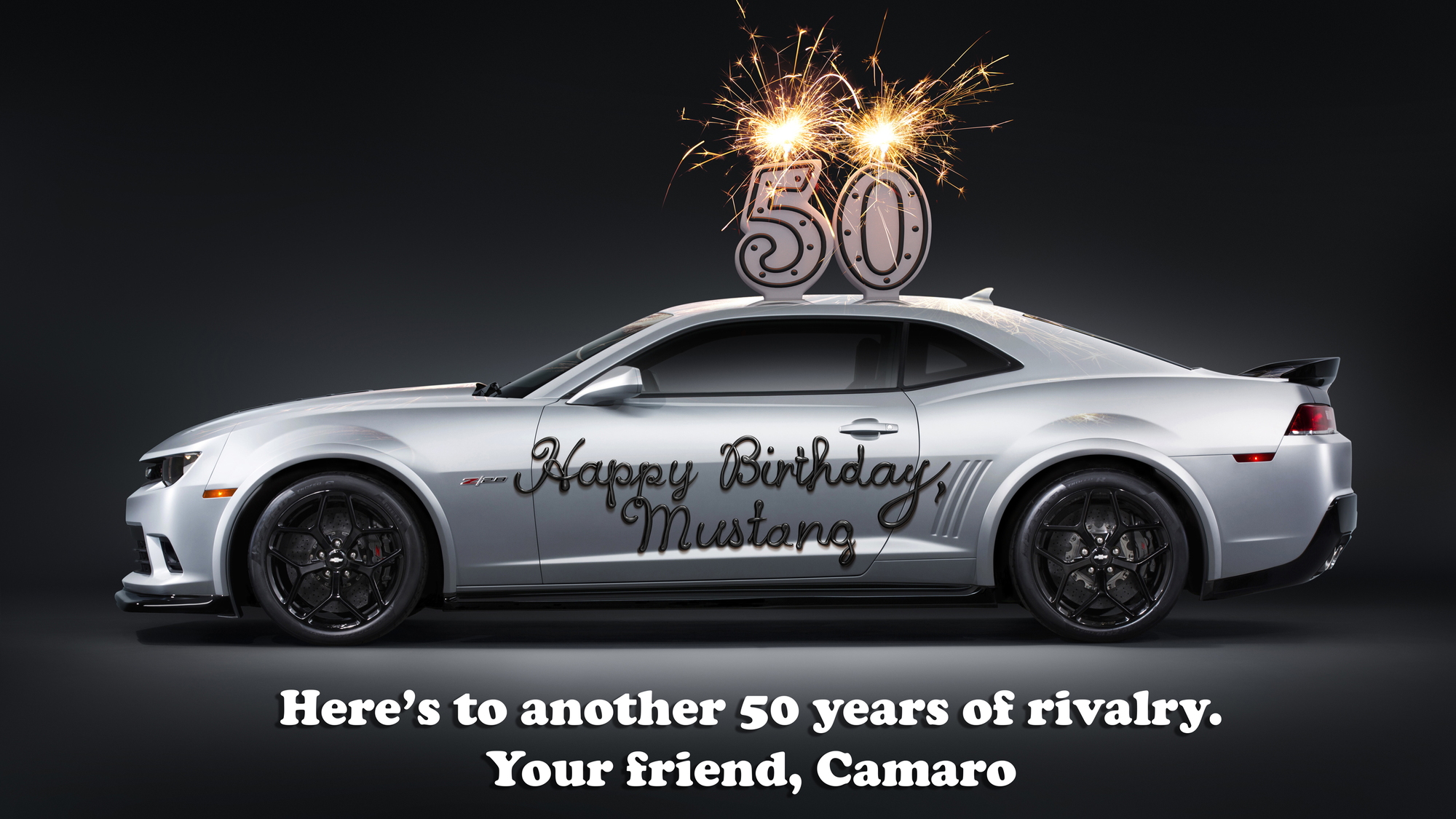 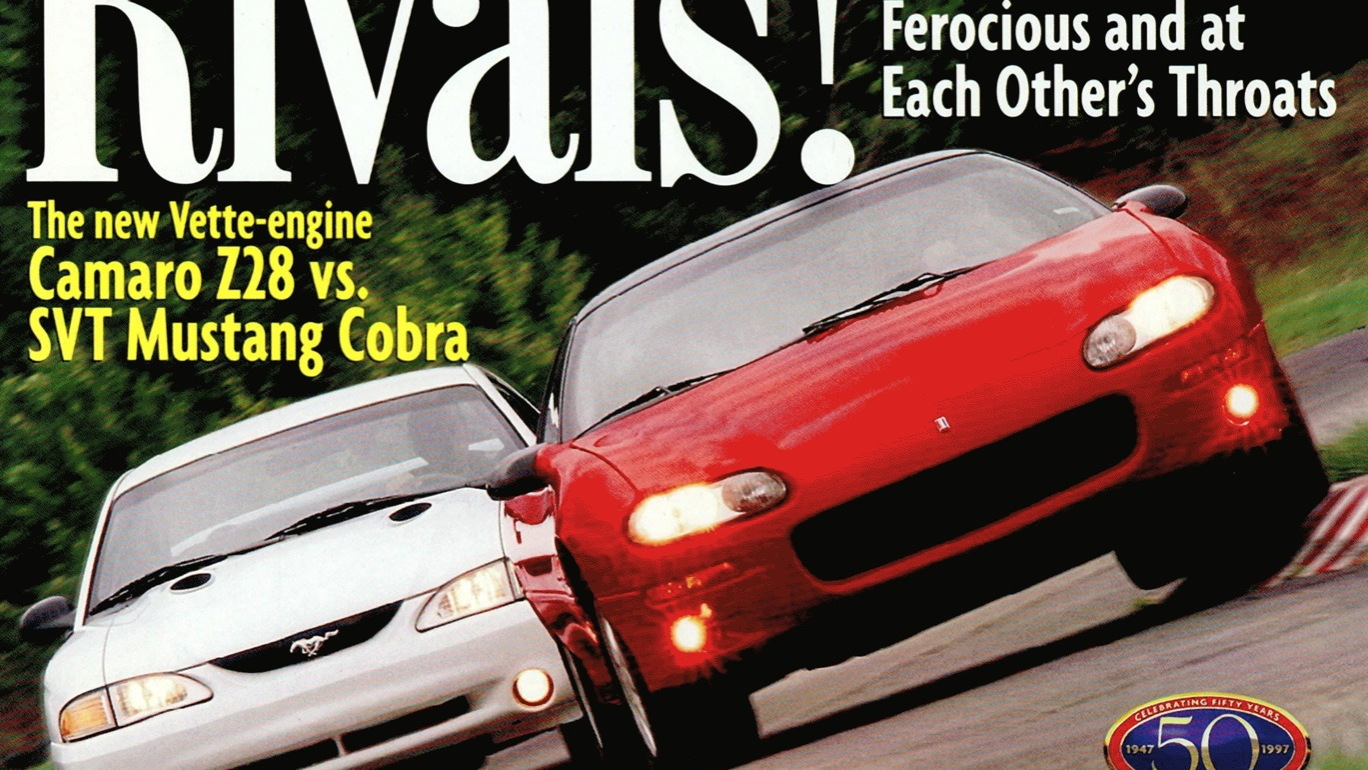 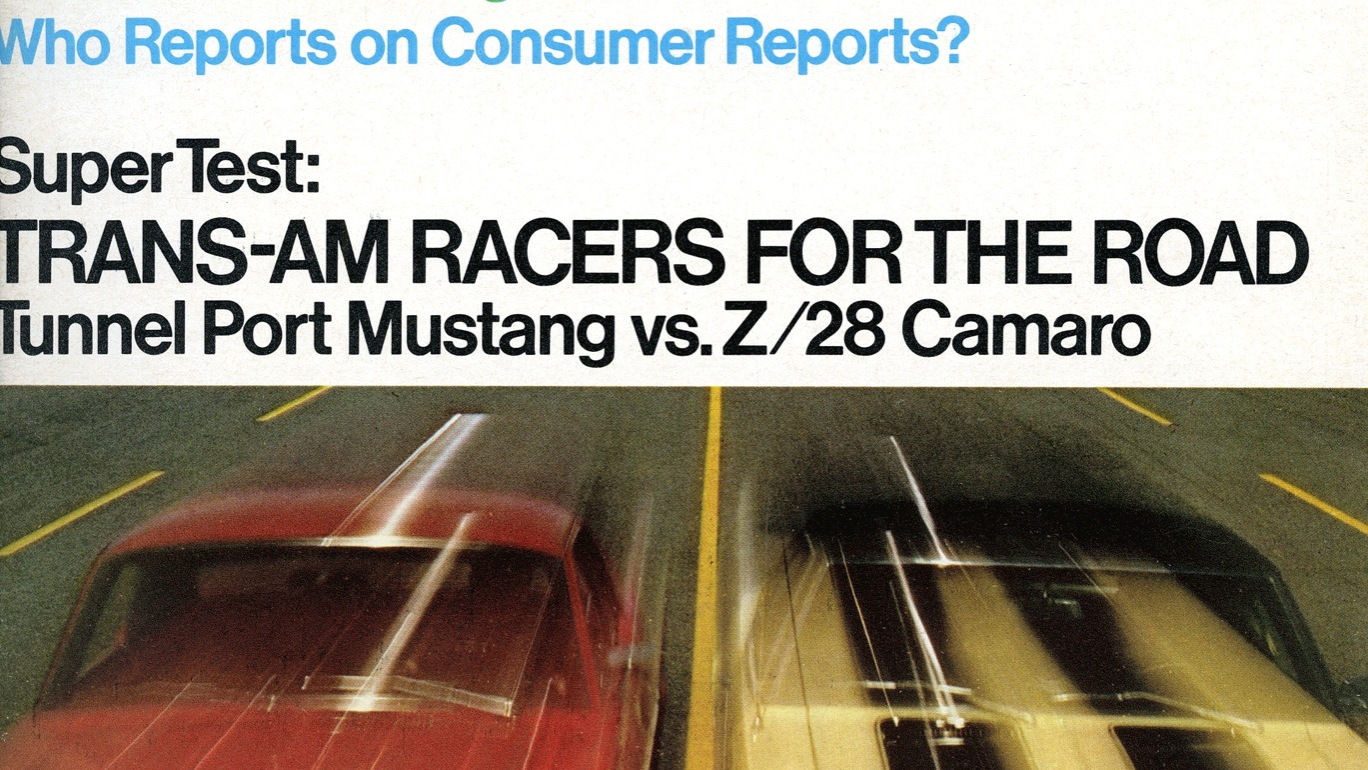 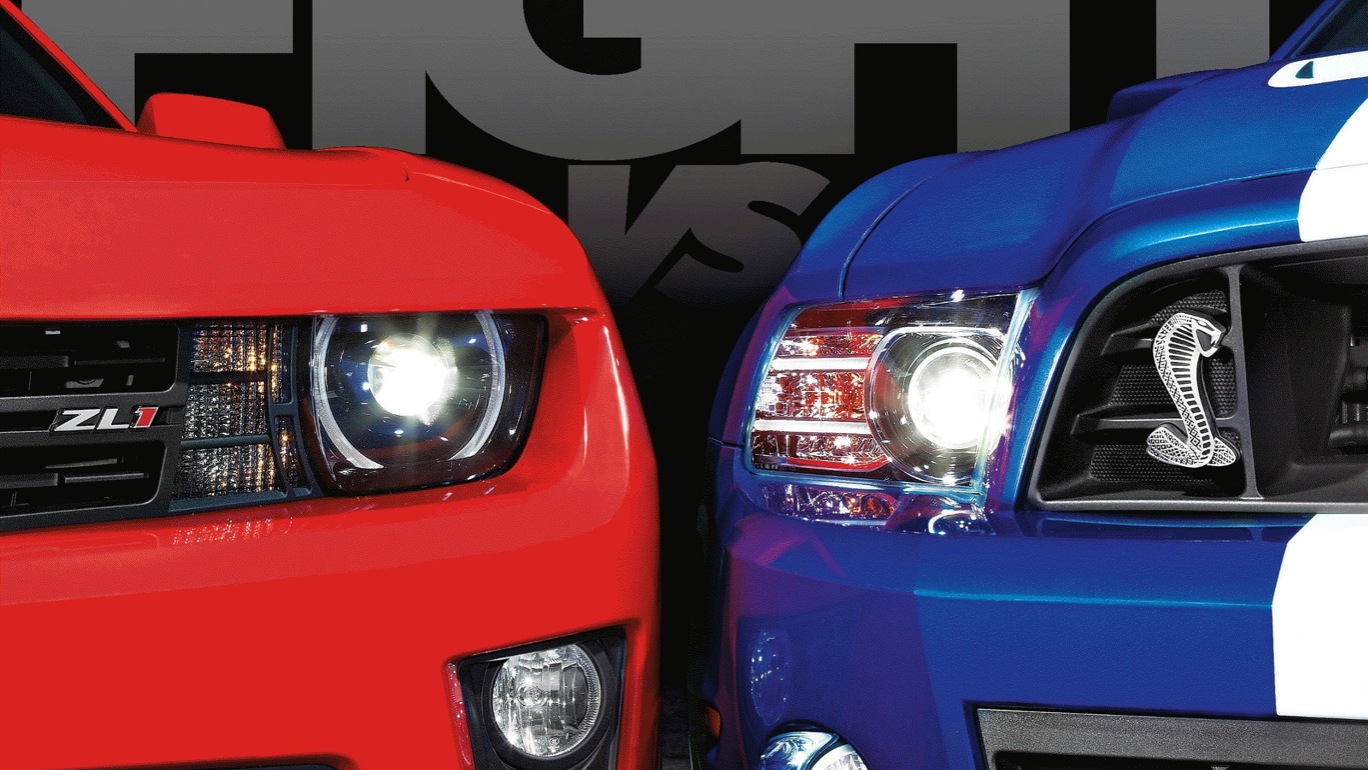 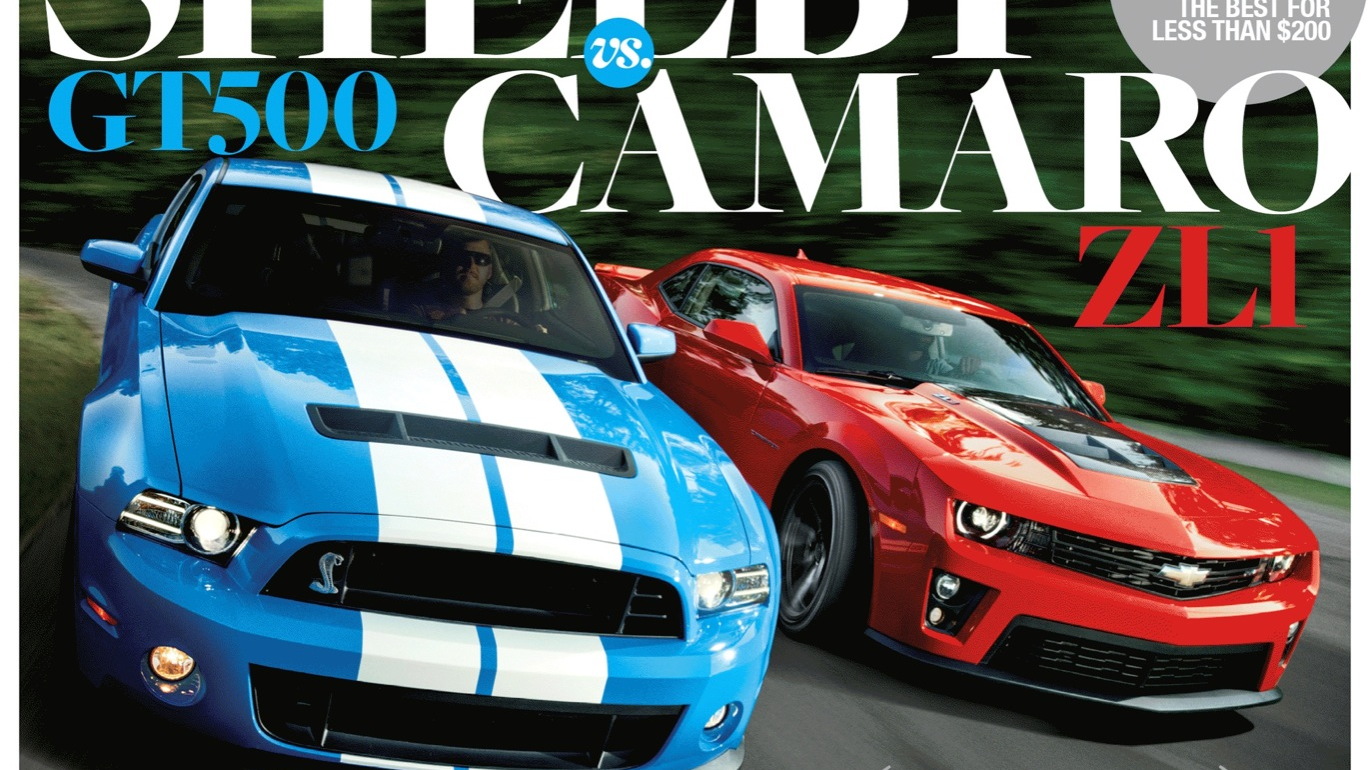 12
photos
Among automotive rivalries, there are few as deep-rooted, enduring, and all-American as the one between the Ford Mustang and Chevrolet Camaro.

And during this week of the Mustang’s 50th birthday, even GM has been a good sport—putting out a press release acknowledging it, making this little birthday card, and even digging out some of the many magazine covers that helped fuel the muscle-car melee among car enthusiasts and industry insiders alike.

Chevy likens the pony-car clash to other great longtime product rivalries like Coke vs. Pepsi, Leno vs. Letterman in the 1990s; or Nike vs. Reebok in the 1970s.

And it all comes to a head with the current Ford Mustang and Chevrolet Camaro. With the new 2015 Ford Mustang 50 Year Limited Edition that makes its debut at the New York Auto Show this week, Ford is revisiting the past and nodding to a 1964 publicity stunt at the Empire State Building. As for the current 2014 Camaro, it’s revisiting familiar themes, too, with top ZL1 and track-tuned SS models now in the lineup.

Browsing through the magazine covers here should be enough to get you waxing nostalgic about your favorite era—or for times when certain models 'ruled the road.' When did the Mustang have an advantage, and when did the Camaro rule?