While a license to kill is hard to come by, the next best thing would surely be owning one of the many amazing cars driven by James Bond in the 23 films he's been featured in since 1962.

Why settle for one car though? The Daily Express reports that the world's largest collection of James Bond vehicles is up for sale, and the owner--real-estate mogul Michael Dezer--insists that it be bought as one lot. The asking price is 20 million pounds, or about $33 million at current exchange rates.

MUST SEE: Chris Harris Drives The McLaren P1 On /DRIVE

The collection includes 59 vehicles, from a Fairey Huntress boat used in 1963's From Russia With Love to an Audi A5 and Land Rover Defender used in the opening car chase of the most recent Bond movie, Skyfall. 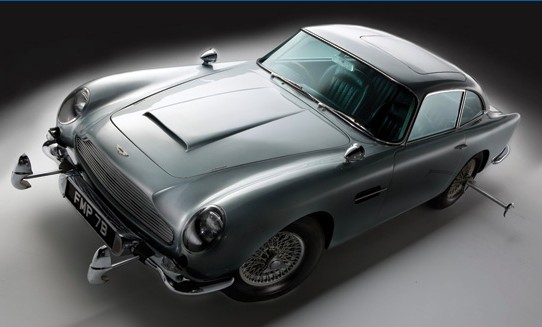 In between those chronological bookends are examples of the best (and worst) Bond cars, including a pair of Aston Martin DB5 coupes, one of which was driven by Pierce Brosnan in Goldeneye.

For those craving a little more firepower, there's also the Russian T55 tank used in the same movie, as well as the heavily-armed BMW 750iL from Tomorrow Never Dies, and Jaguar XKR from Die Another Day.

CHECK OUT: 2015 Audi TT Teased Ahead Of Geneva Motor Show

There's also the iconic Lotus Esprit S1, which transformed into a submarine in The Spy Who Loved Me. Note, another fully-submersible version was auctioned off last year in London and eventually bought by Tesla Motors [NSDQ:TSLA] CEO Elon Musk.

At the other end of the car spectrum are a Citroen 2CV from For Your Eyes Only, and a replica of the AMC Hornet from The Man With The Golden Gun.

The cars and other vehicles were on display until recently at a museum on Miami. While it's unclear what will happen to the collection once a new owner takes possession, hopefully the public will still get a chance to see some genuine Bond cars at a different venue.