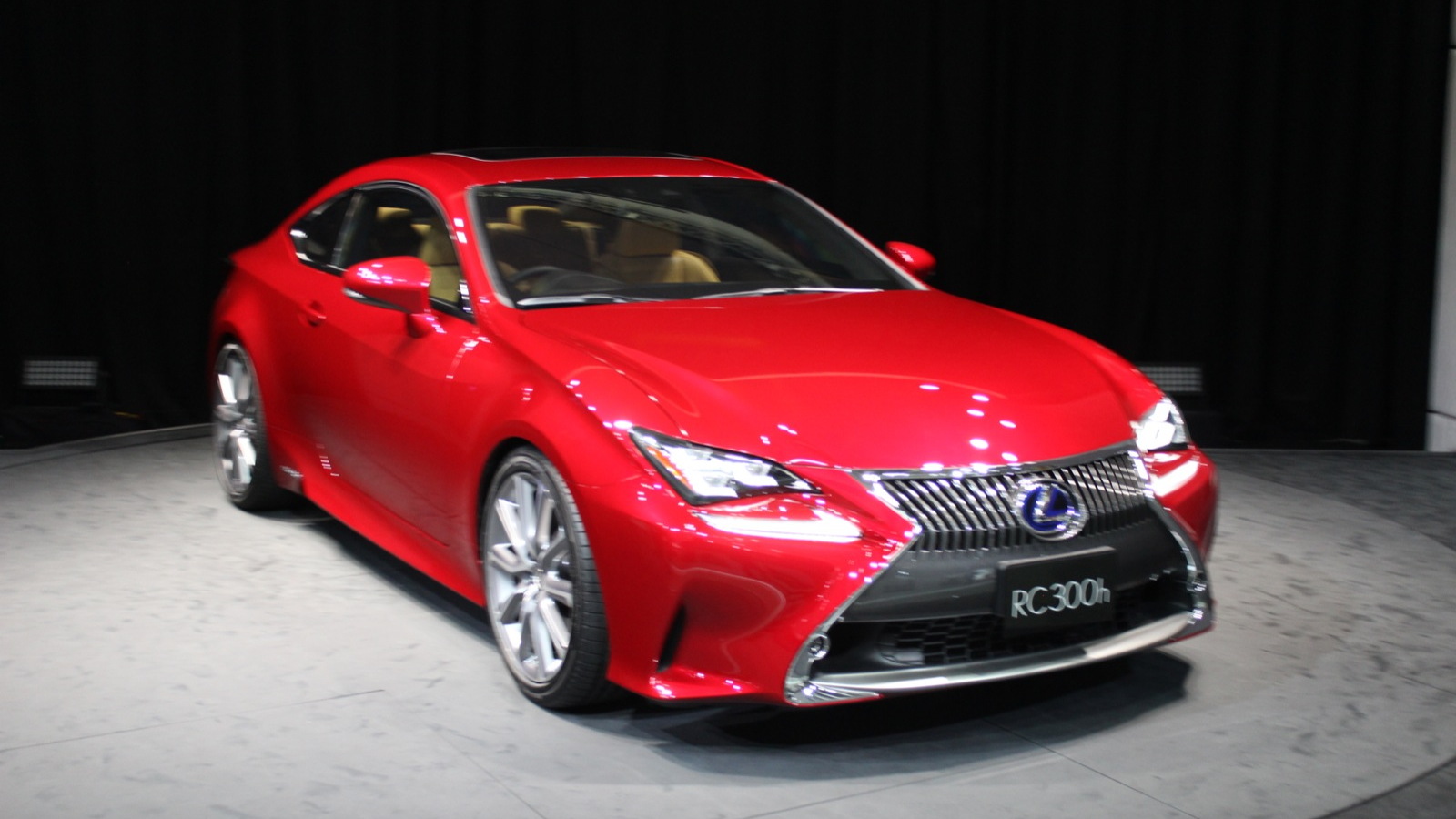 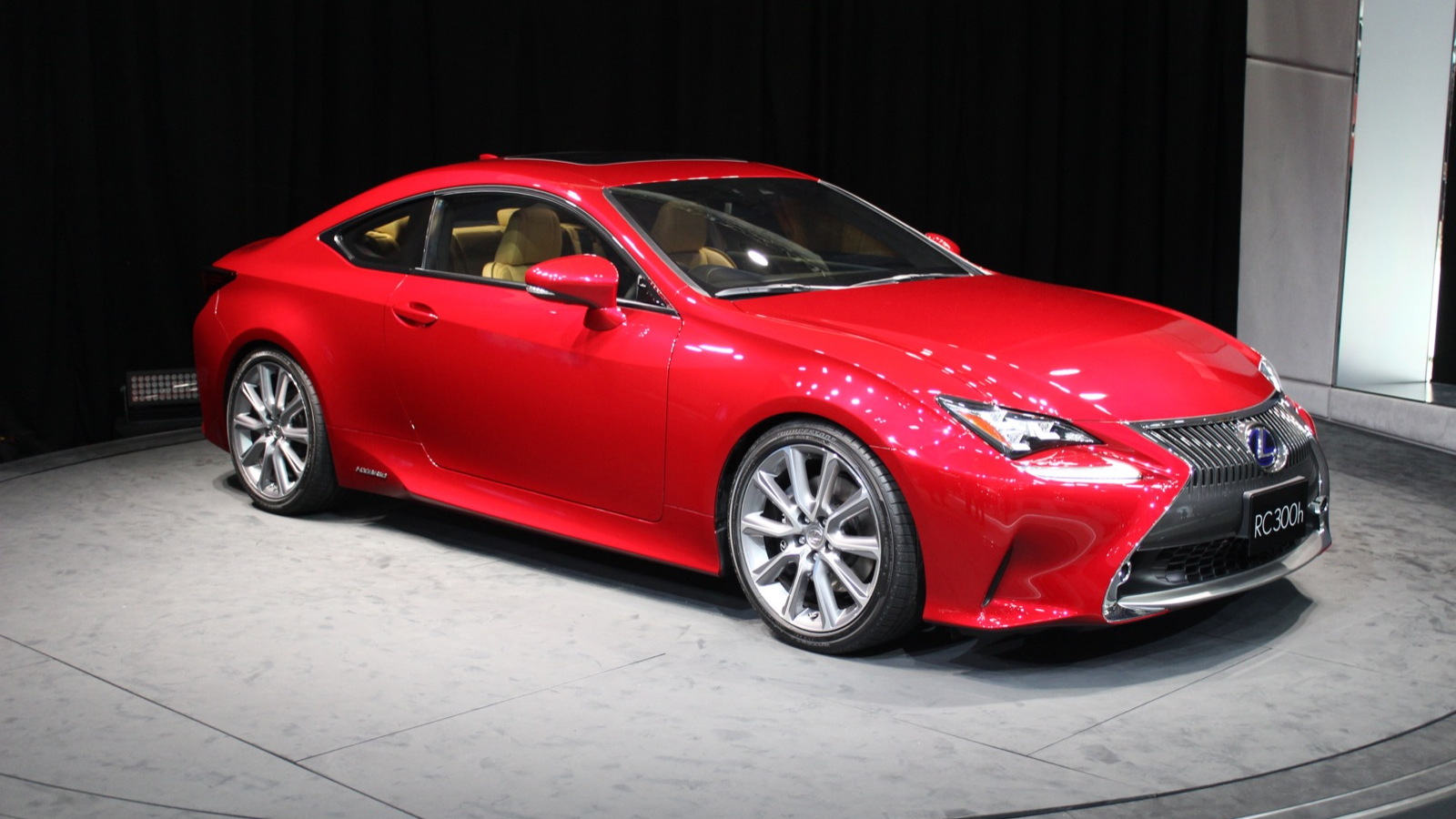 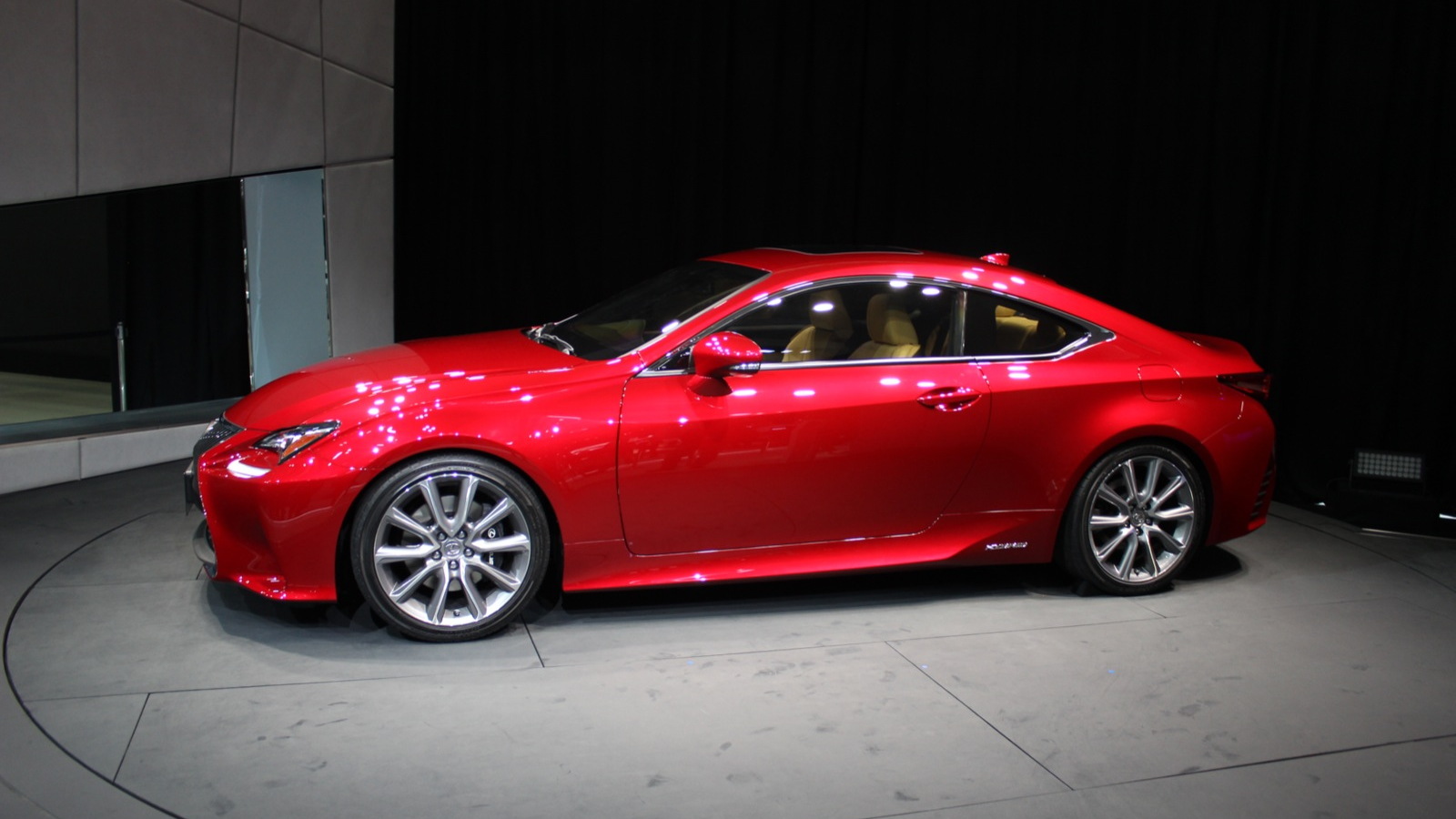 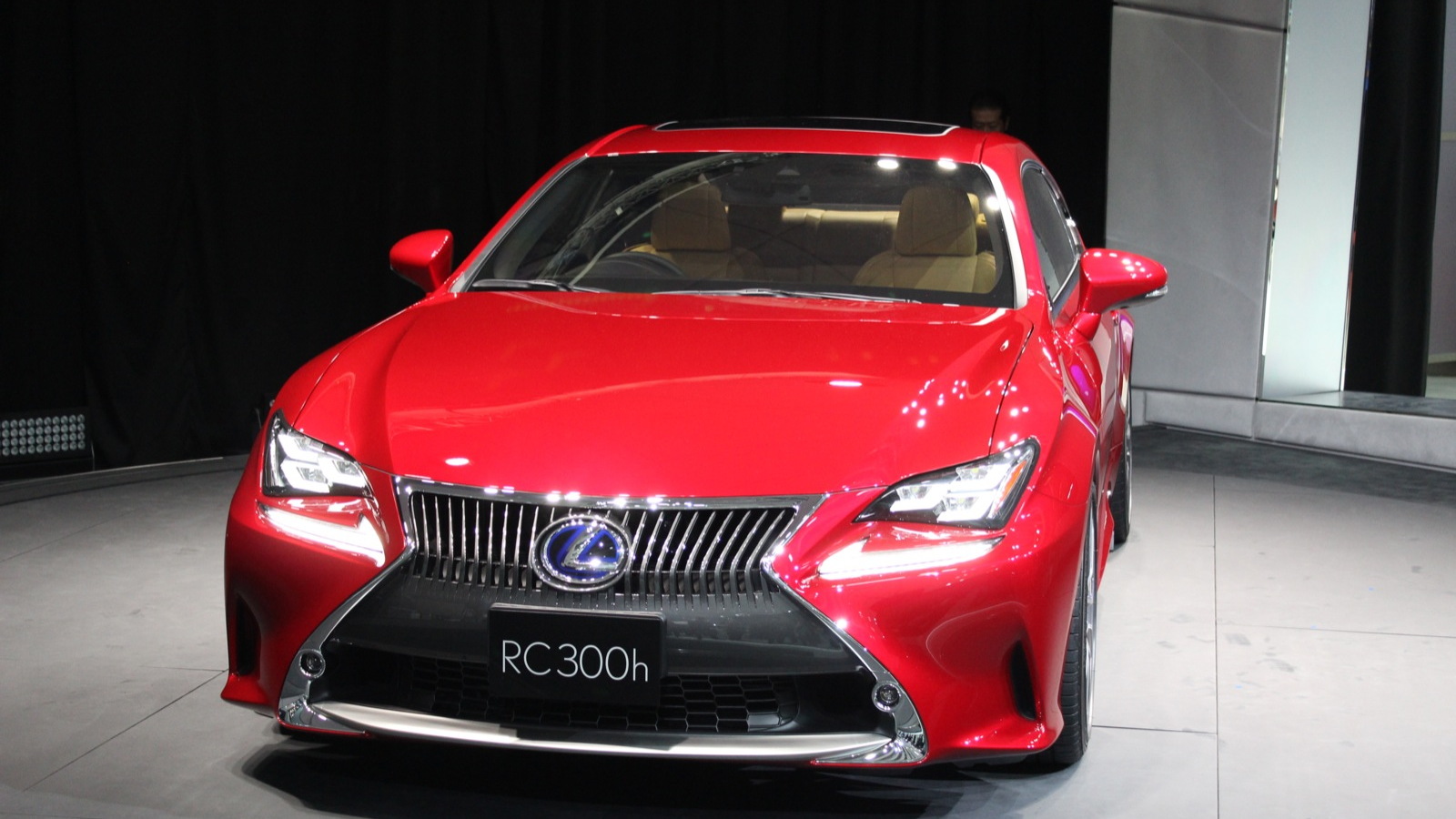 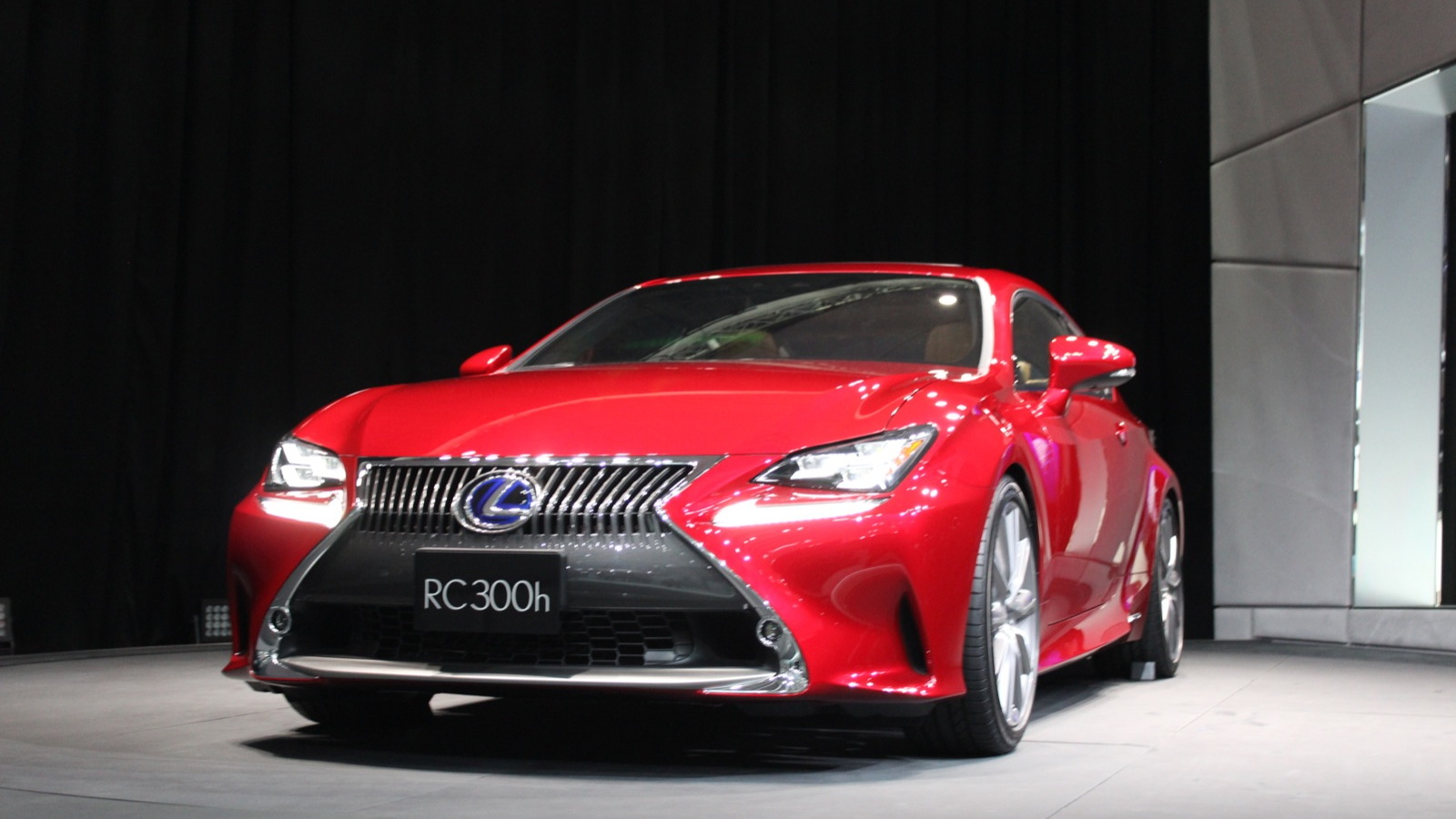 23
photos
Lexus’ new RC luxury coupe has been one of the industry’s worst kept secrets, with patent filings of the car’s name discovered more than a year ago, and prototypes spotted in the wild for almost as long. Now, finally, the Lexus RC has made its debut at the 2013 Tokyo Motor Show.

Two RC models were displayed in Tokyo: the RC 350 with a 3.5-liter V-6 engine and the RC 300h powered by a 2.5-liter four-cylinder engine paired with a Lexus Hybrid Drive system. Some readers may recall that the latter was first previewed in 2012’s Lexus LF-CC concept.

The styling of the new RC is impressive: Clean surfaces merge with aggressive lines that hint at the performance ready to be unleashed. The design team has integrated the widest and lowest application yet seen of the Lexus spindle grille. Aluminum wheels measuring 18 inches across are standard.

Note, the RC will form the basis of a new Lexus F model. This ‘RC F’ has been testing hard at Germany’s Nürburgring and is tipped to receive a naturally aspirated 5.0-liter V-8 rated at 455 horsepower. Lexus is serious about building a performance image and will also use the RC as the basis of its Super GT race car next year.

Inside the car, Lexus says there is room for four.

The seats utilize an integrated foaming construction method--much like the molding of racing seats--to help provide support while keeping the seat's backing thin.

The driver’s cockpit is divided into operational and display zones. The upper zone houses the instrument panel and a seven-inch navigation screen while a layered center console integrates a touchpad surface Lexus calls the Remote Touch. Trim options include leather for the seats and wood for the dash.

For more from the 2013 Tokyo Motor Show, head to our dedicated hub.