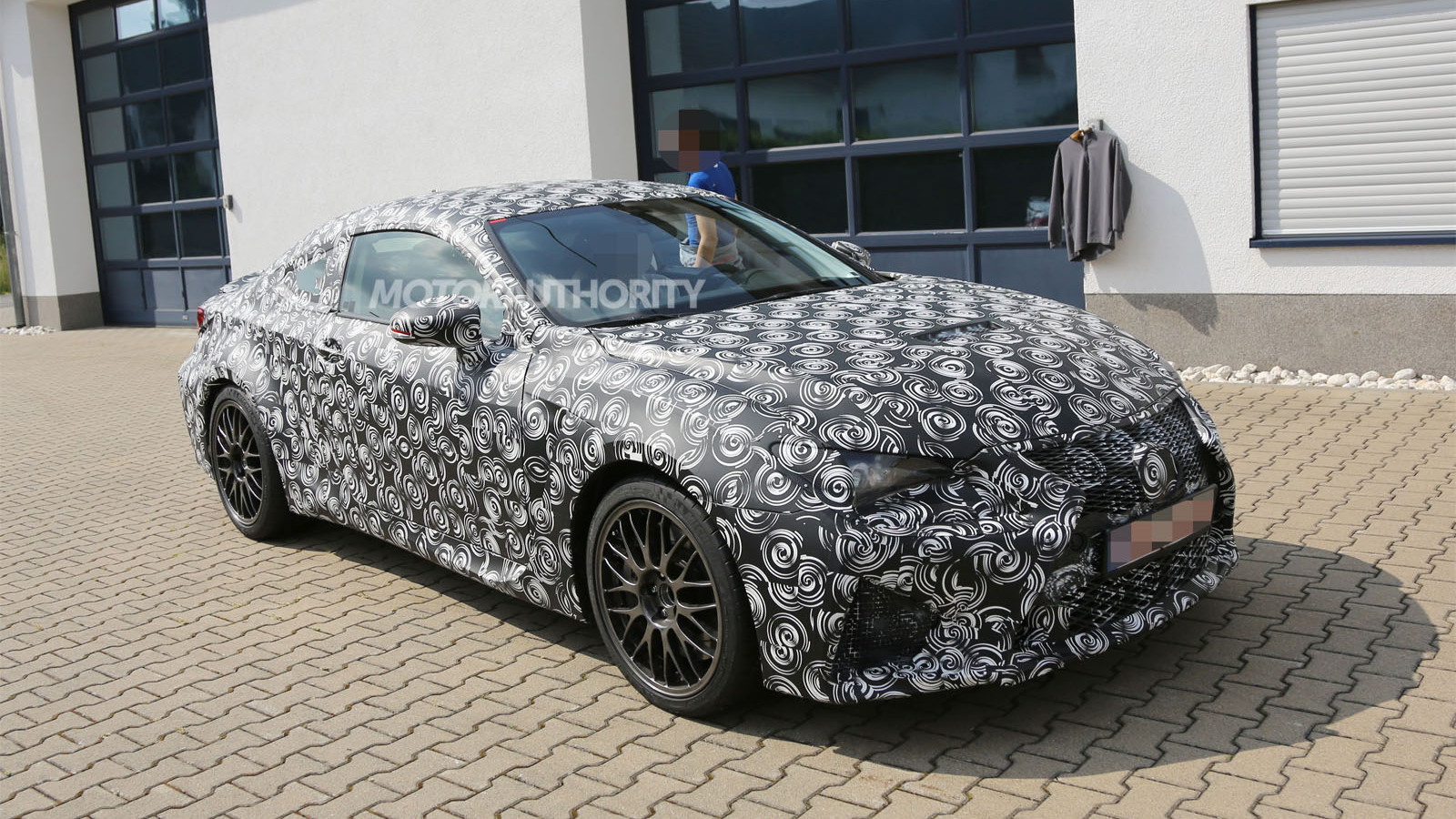 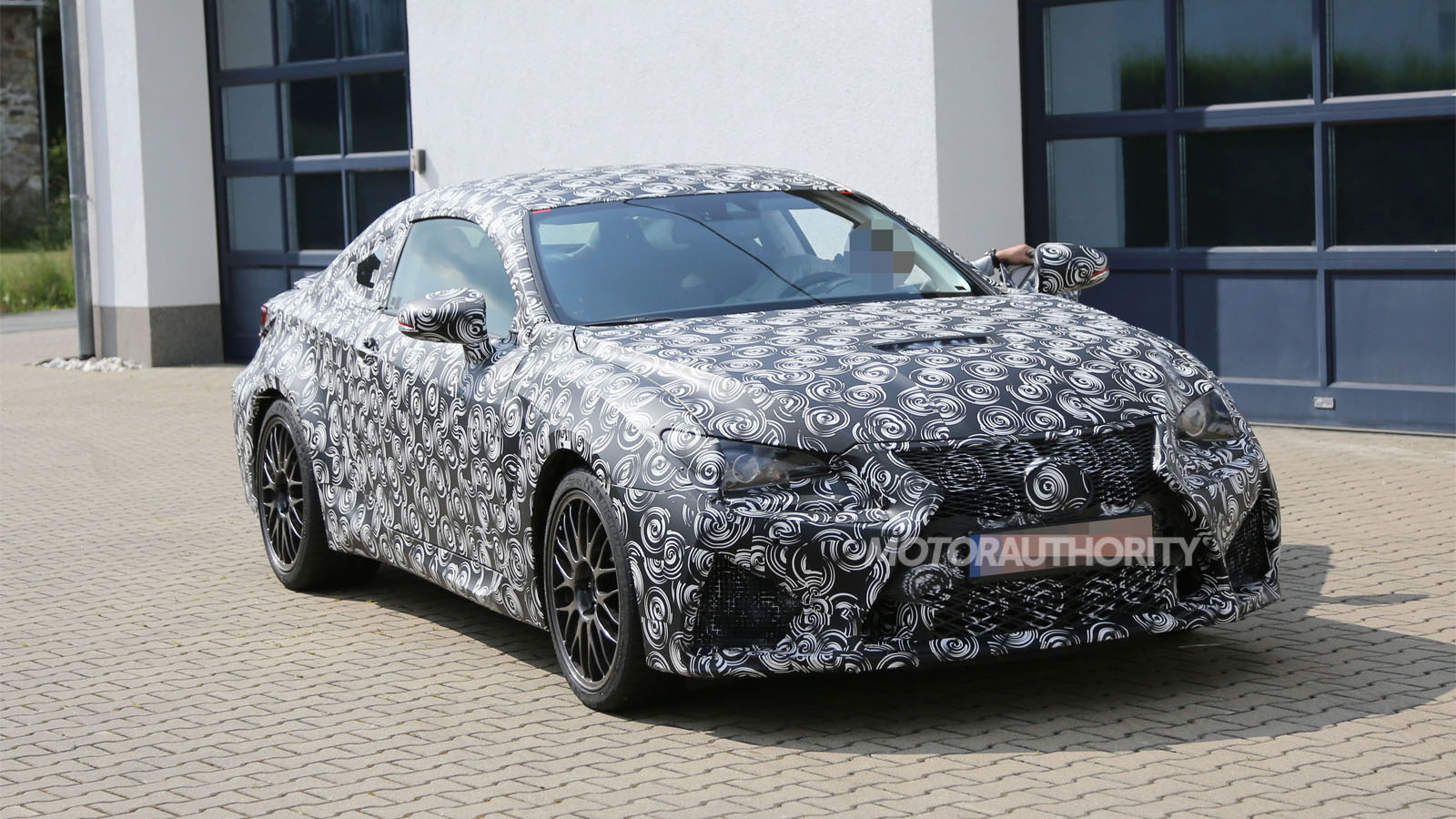 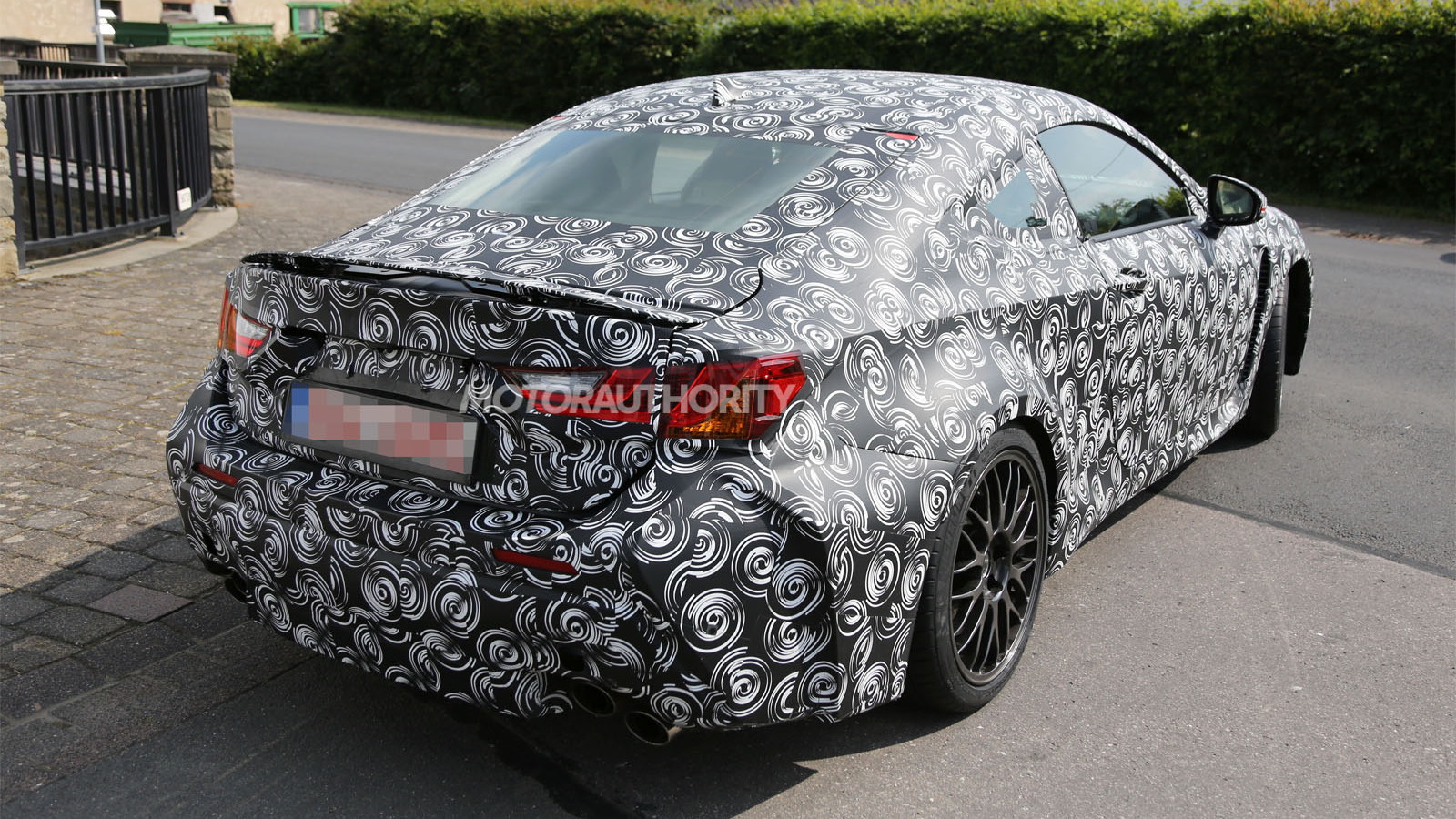 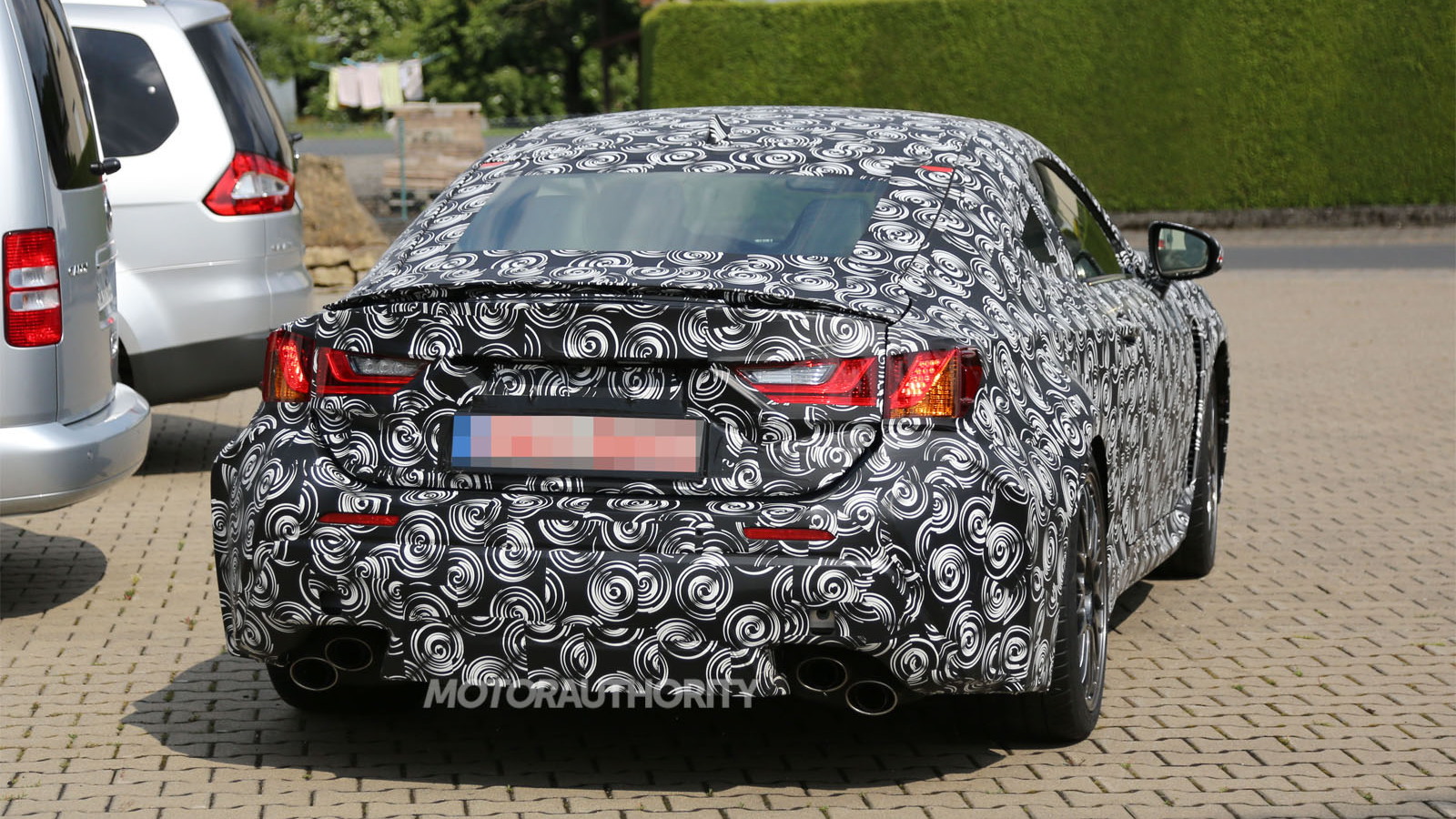 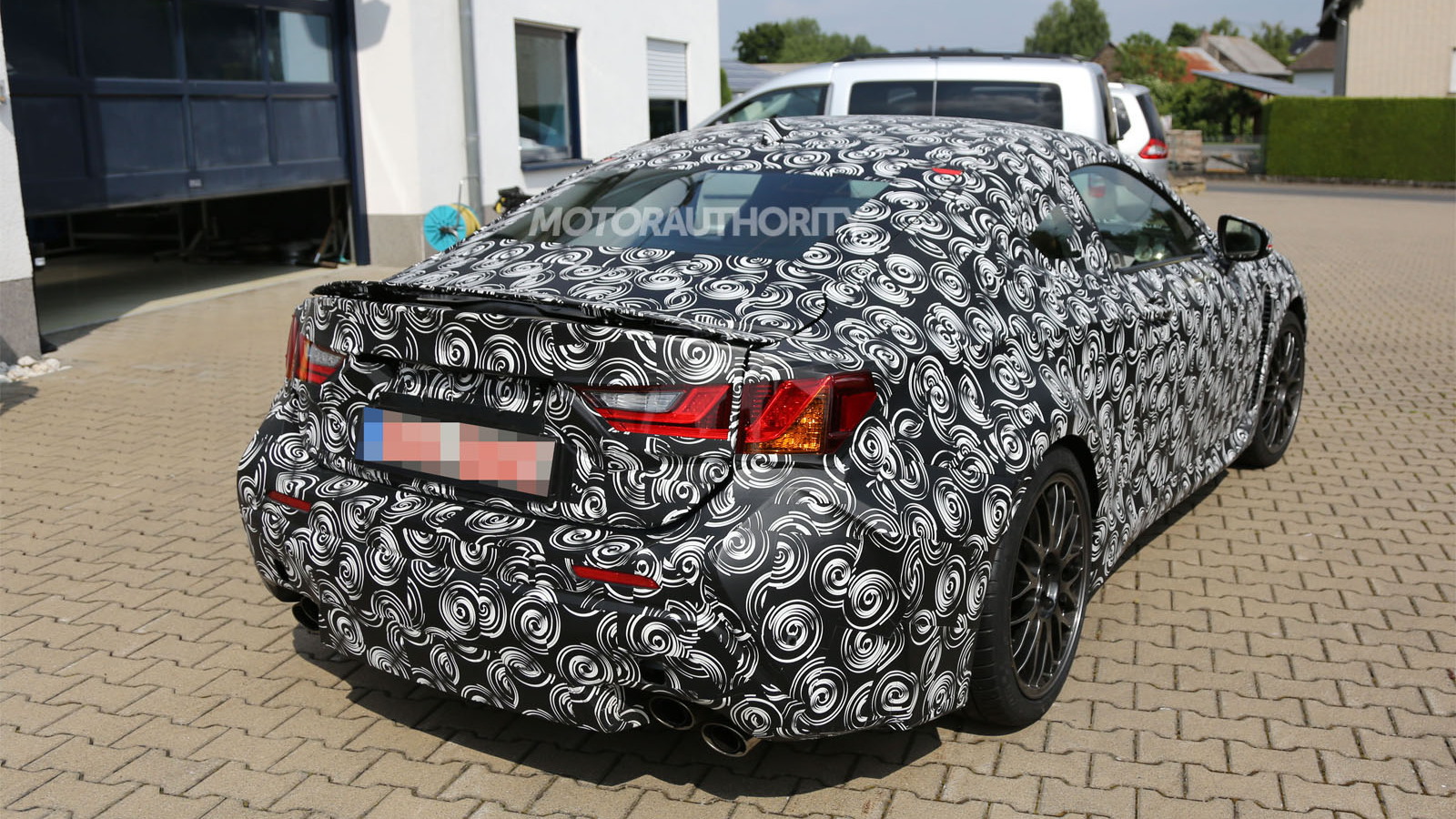 10
photos
Lexus will soon launch a new coupe to challenge the Audi A5, BMW 4-Series and Mercedes-Benz C-Class Coupe, and just as those rivals all have high-performance variants so too will the Lexus. The new Lexus coupe will essentially be a two-door IS but a unique name, in this case RC, and differentiated styling will help set the two apart.

The high-performance variant of the new Lexus coupe will be the RC F, which we’ve already spied testing in prototype form. We expect the car to come on the market next fall, as a 2015 model, and feature a revised version of the outgoing IS F’s 5.0-liter V-8. Now we have a few more details on the car, courtesy of a report from Motor Trend.

The RC F will have to serve as Lexus’ performance flagship while the automaker considers other options, such as a production version of the LF-LC concept, a GS F or a second-generation IS F. Pricing will almost certainly land above the $64k starting price of the latest IS F, but the RC F will pack plenty of LFA hand-me-downs to justify its inflated sticker.

The LFA’s complex carbon fiber production process will be used to form panels for the RC F’s trunk lid, roof and hood, the latter of which is said to benefit from a scoop that channels air under the body in order to aid downforce. Other tweaks developed using lessons learned from racing the LFA will include more aero aids (such as an adjustable rear spoiler) and sport-tuned suspension. Lightweight BBS wheels shod with Michelin tires and housing Brembo brakes are also said to have made the cut.

Power in the RC F will register at a claimed 455 horsepower while torque should come in at 401 pound-feet. Cylinder deactivation is said to be necessary in order to meet strict Euro 6 emissions regulations.  Drive will go to the rear wheels only, via an eight-speed, paddle-shifted automatic transmission.

Look for a debut of the 2015 Lexus RC F at the 2014 Detroit Auto Show in January. A racing version will follow and serve as the successor for the IS F CCS-R. This new race car could eventually serve as Lexus’ entry in Super GT and DTM competition (including a possible U.S.-based DTM series), which will be harmonizing their regulations in time for the 2017 motorsport season.