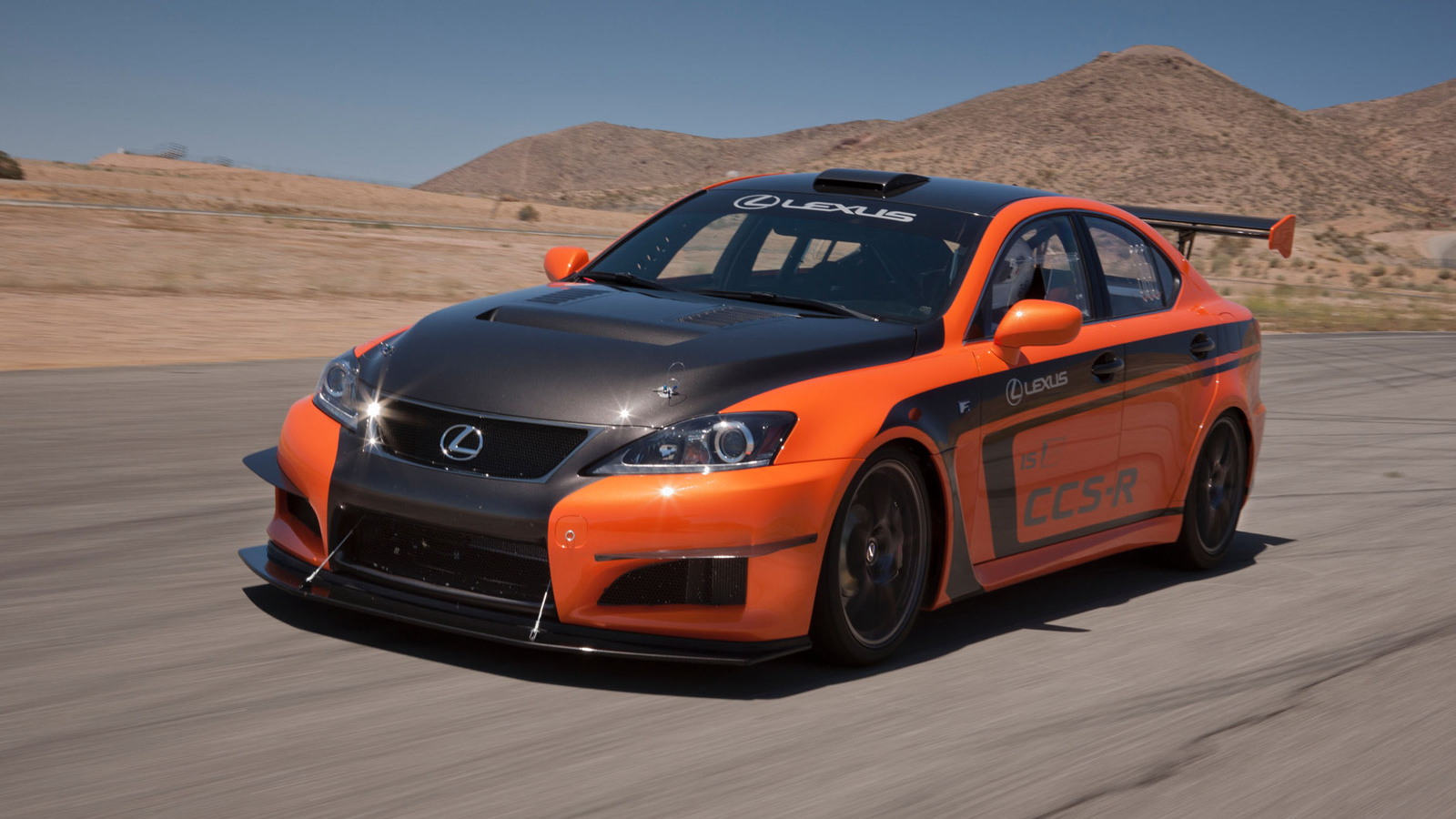 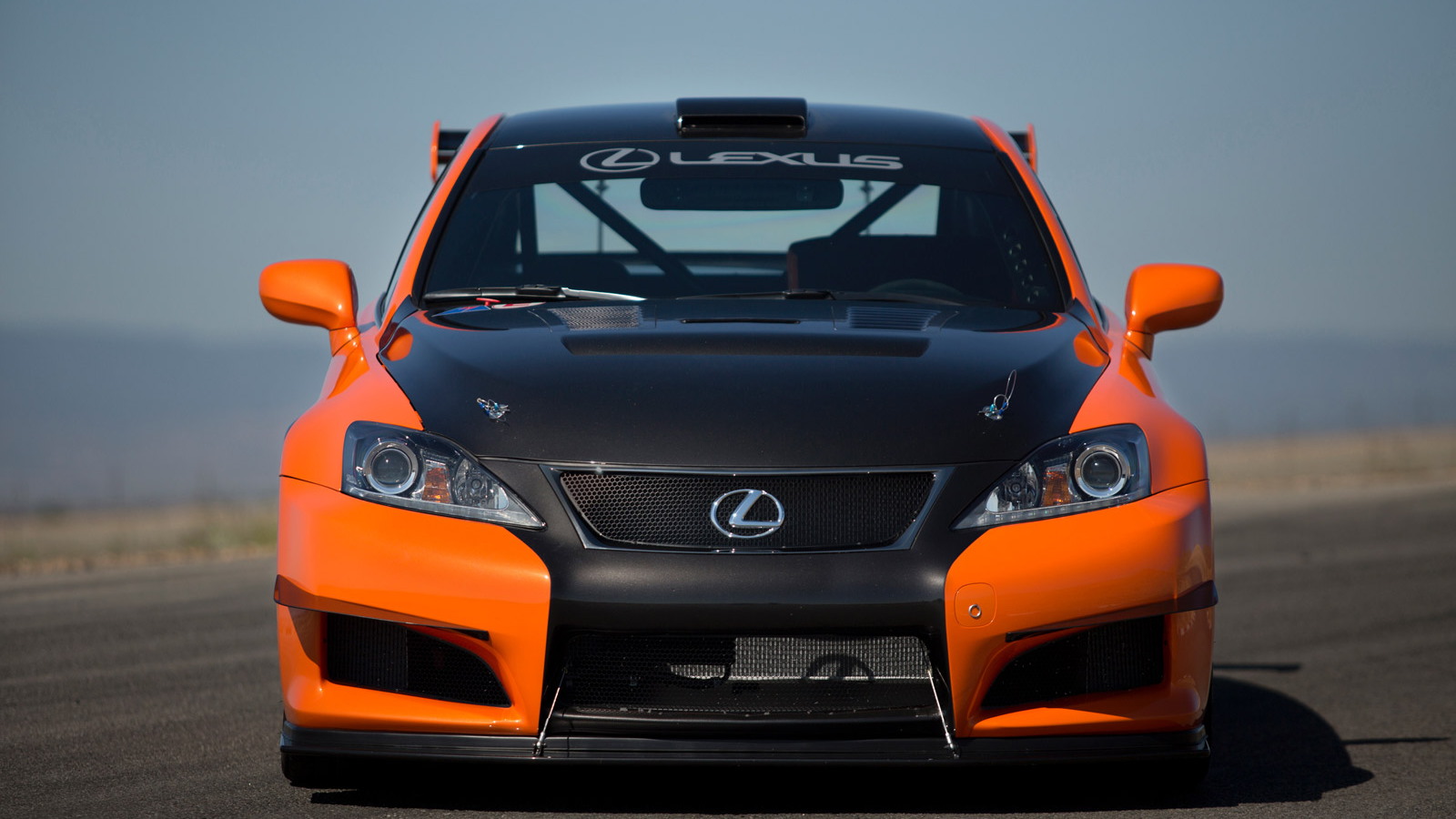 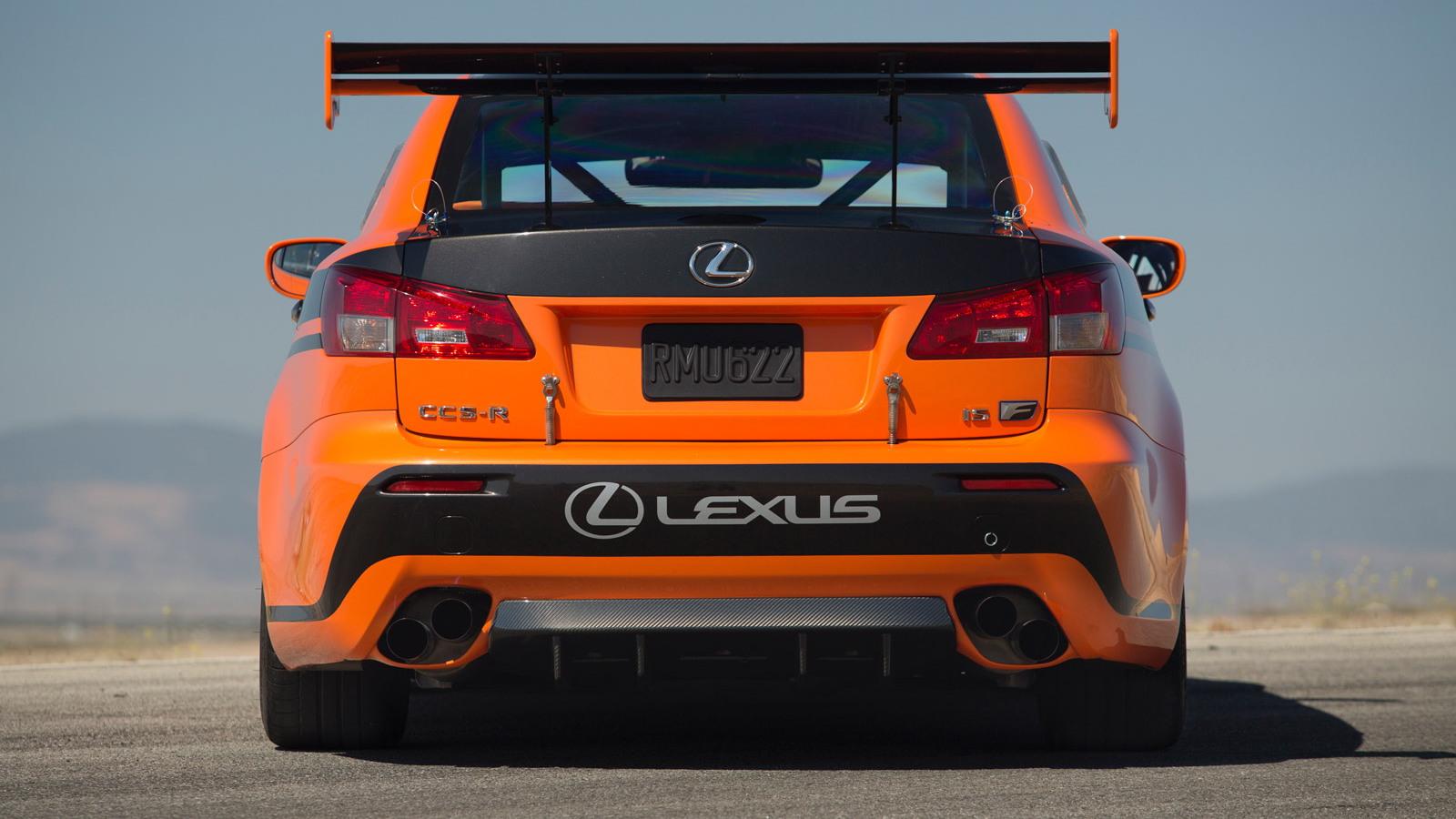 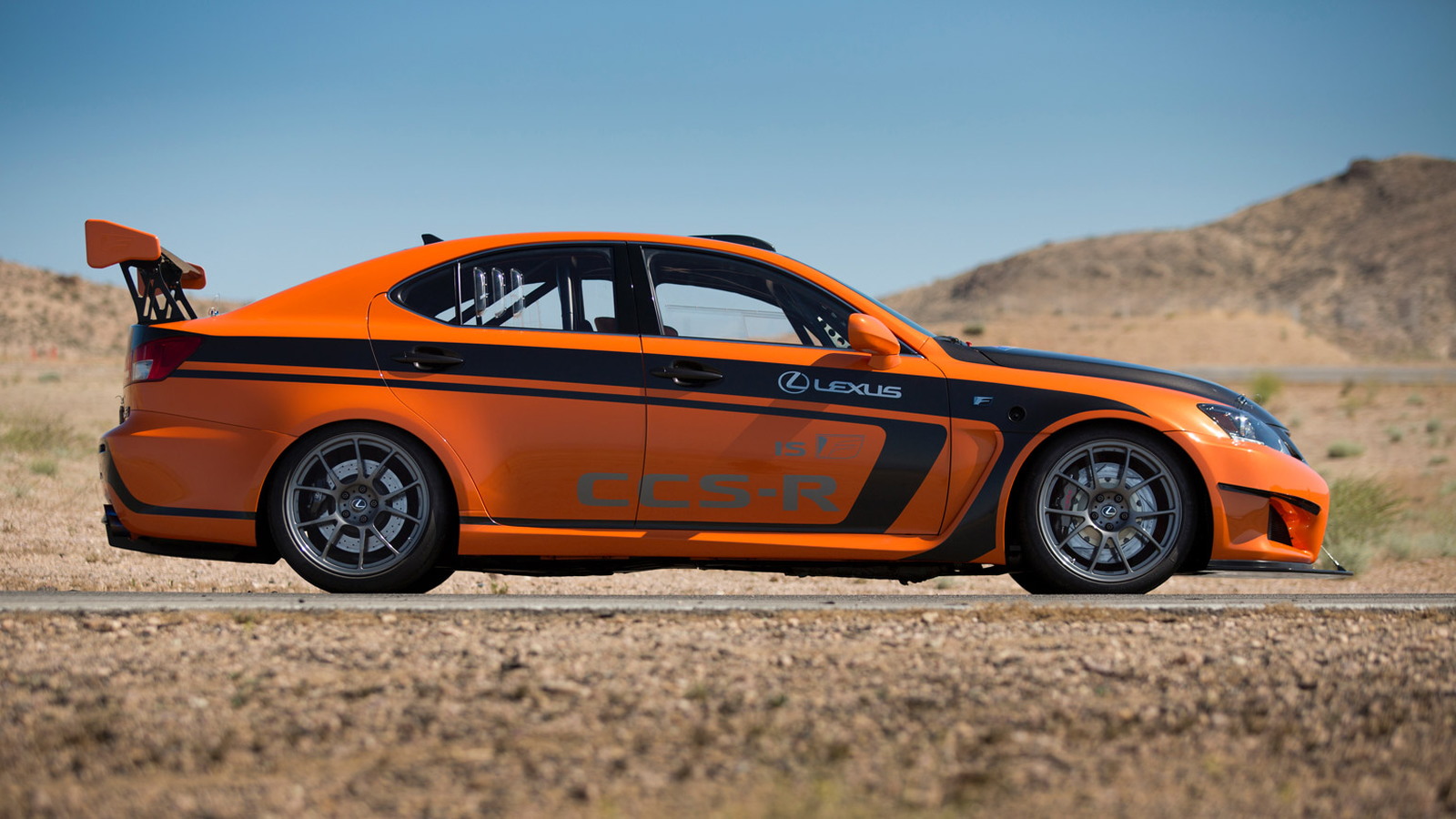 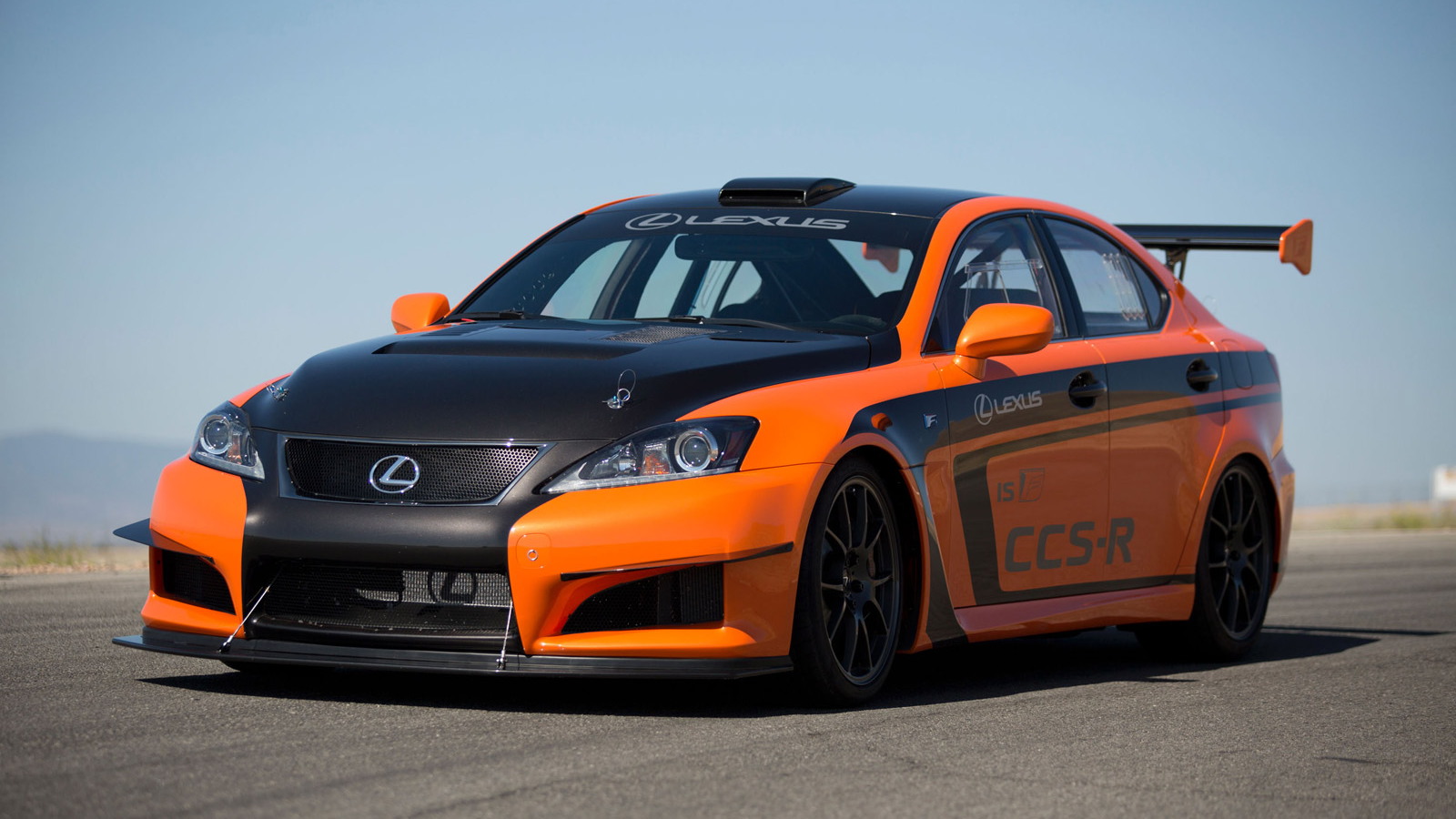 Next month’s 2012 Pikes Peak Hill Climb is shaping up to be a cracker, with one of the wildest and most varied selection of cars we’ve ever seen set to tackle the climb this year. Fresh from his record-setting run last year, Nobuhiro ‘Monster’ Tajima is out to conquer the climb in the E-RUNNER electric car. And another legend, Porsche racing ace Walter Röhrl, will be there behind the wheel of an original Audi Sport quattro S1.

We now have details of a surprise entry from Lexus.

The Japanese automaker will be running its IS F CCS-R race car co-developed with Toyota Motorsport GmbH. The CCS-R is based on the road-going IS F but undergoes a series of modifications to get it ready for racing. This includes extensive weight saving modifications that gets the CCS-R’s curb mass down to 3,087 pounds, 693 pounds less than stock.

The engine is largely stock, however, and still consists of a 5.0-liter V-8 pumping out 412 horsepower and 371 pound-feet of torque. It’s also matched to an eight-speed automatic gearbox with paddle-shifters, just like the road car. A high-flow exhaust system is fitted, as are additional coolers for the engine oil, transmission oil and mechanical limited slip differential.

More changes are made to the body, which features a number of structural reinforcements, carbon fiber replacements for the hood, fenders and door handles, and polycarbonate windows. The brakes are also uprated as is the suspension setup, which benefits from reinforced bushings and mounts.

Inside, all luxury amenities have been stripped out and replaced with carbon fiber surface panels, HANS bucket seats, a six-point safety belt and small-diameter steering wheel.

The 2012 Pikes Peak Hill Climb doesn’t commence until July 8 but the video above shows the Lexus IS F CCS-R out in force in one of the Nürburgring's VLN races from earlier this year.