Lexus is working on a new coupe that will go up against the Audi A5, BMW 4-Series and Mercedes-Benz C-Class Coupe in the luxury arena, however, the car will also do battle with the likes of the Acura NSX, Nissan GT-R and a few European exotics in the world of Super GT. Super GT is Japan’s premier touring car series, although it also holds races outside of the country, and it has two main classes, GT300 and GT500.

It is the latter that the Lexus RC race car will be competing in. It will replace Lexus’ current Super GT entry, the SC 430, and as the image above confirms it will closely resemble the prototypes we've seen of the production RC, which is due out next year as a 2015 model.

Lexus hasn’t revealed the specs for its new race car but expect to see a series-regulated turbocharged 2.0-liter engine mounted up front and spinning the rear wheels. The body is all carbon fiber and it appears TRD has helped with the development. The first shakedown tests of the Lexus RC GT500 race car will commence this week at the Suzuka Circuit.

As for the production RC, the car has been spied testing in prototype form, albeit only in high-performance RC F trim. It is essentially a coupe version of the latest 2014 Lexus IS and was first previewed by the LF-CC concept car in 2012.

In addition to the RC F, RC 250 and RC 350 models are also expected at launch and further down the track Lexus will roll out an RC 300h hybrid and an RC 200t powered by a turbocharged four-cylinder engine. 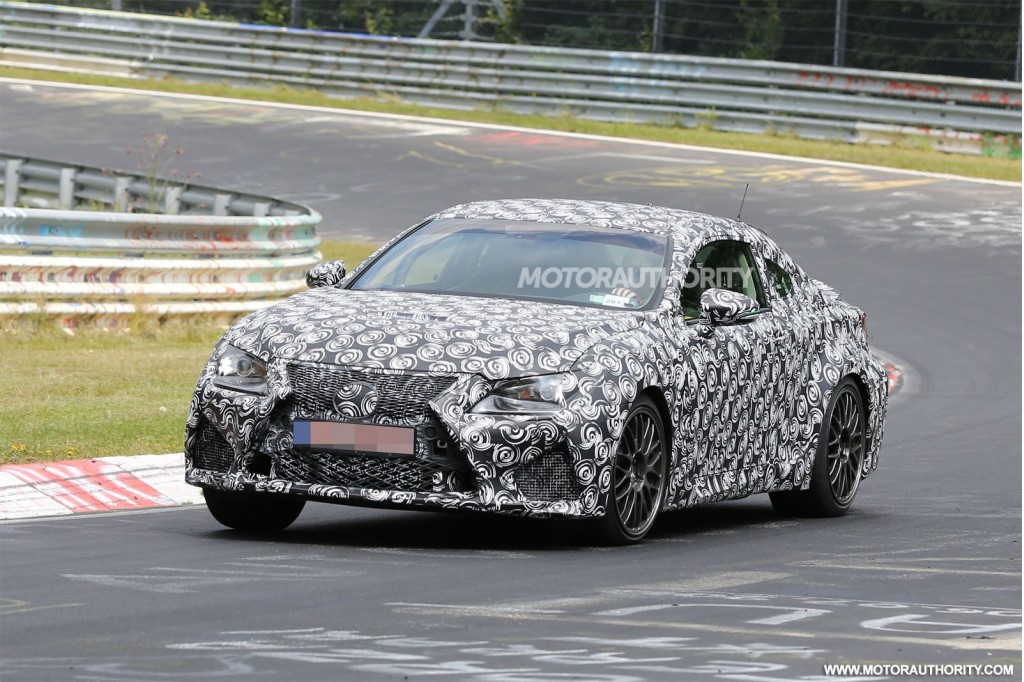