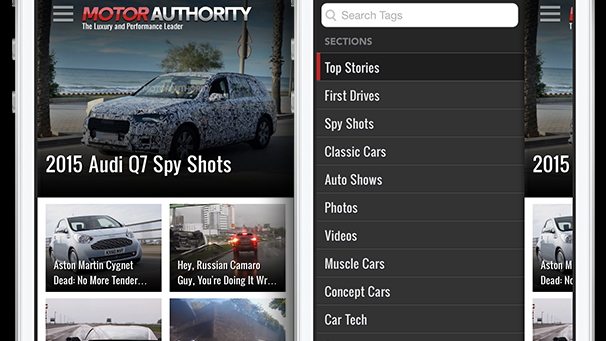 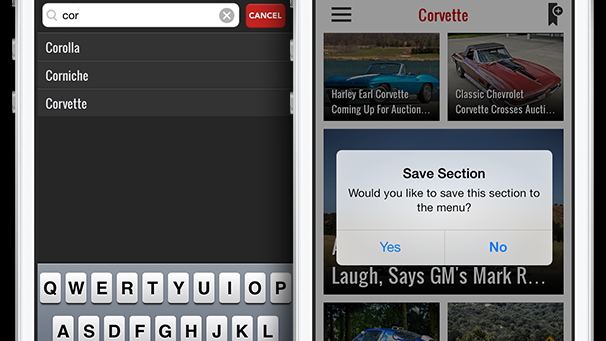 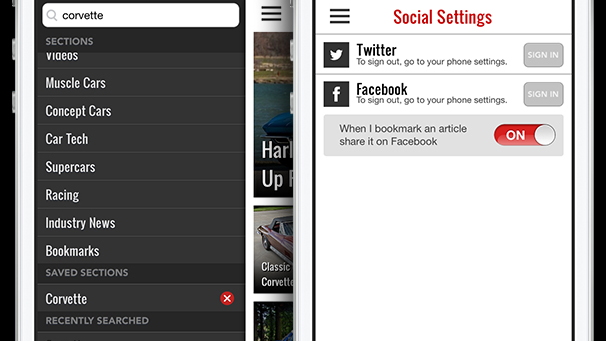 3
photos
By now we know you've updated your iPhone and iPad to the shiny new iOS 7 operating system, and we have too. Since iOS just received a massive upgrade, we thought the Motor Authority iOS app should as well, and as such we've released version 2.4.

What's new you ask? Well, lots of things. There's a new navigation menu with savable and logged recent searches--but wait there's more! You also now have the ability to bookmark articles to find them later.

In addition to being easier than ever to share articles to Facebook and Twitter, there's also a new social settings view in the menu. This allows you to see the status of your social account connections.

Don't worry, these changes don't affect the awesome photo galleries or the ability to save those cool photos to your phone.

So let's recap: The Motor Authority iOS app you know and love is now better than before, without losing any of the great features you use on a daily basis. If this is sounding like a win to you, well then, you're correct.

If you have automatic updates turned on, surprise, you already have the new Motor Authority app. If not, you can update to the latest version by going to the Apple App Store on your iOS device and go to the updates tab. What's that? You haven't even downloaded the Motor Authority app yet? Well shame on you, but you can download it for free right here.