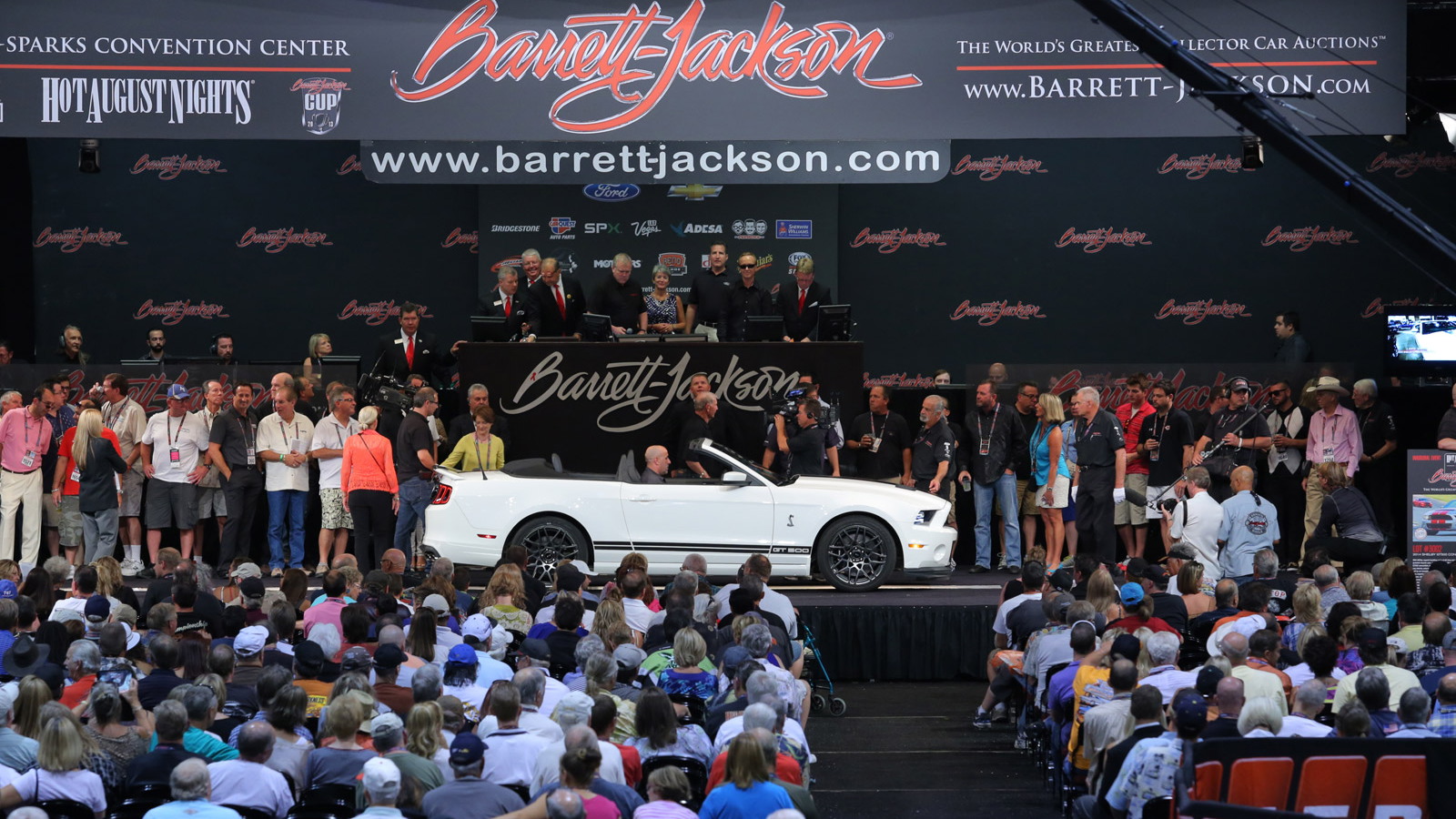 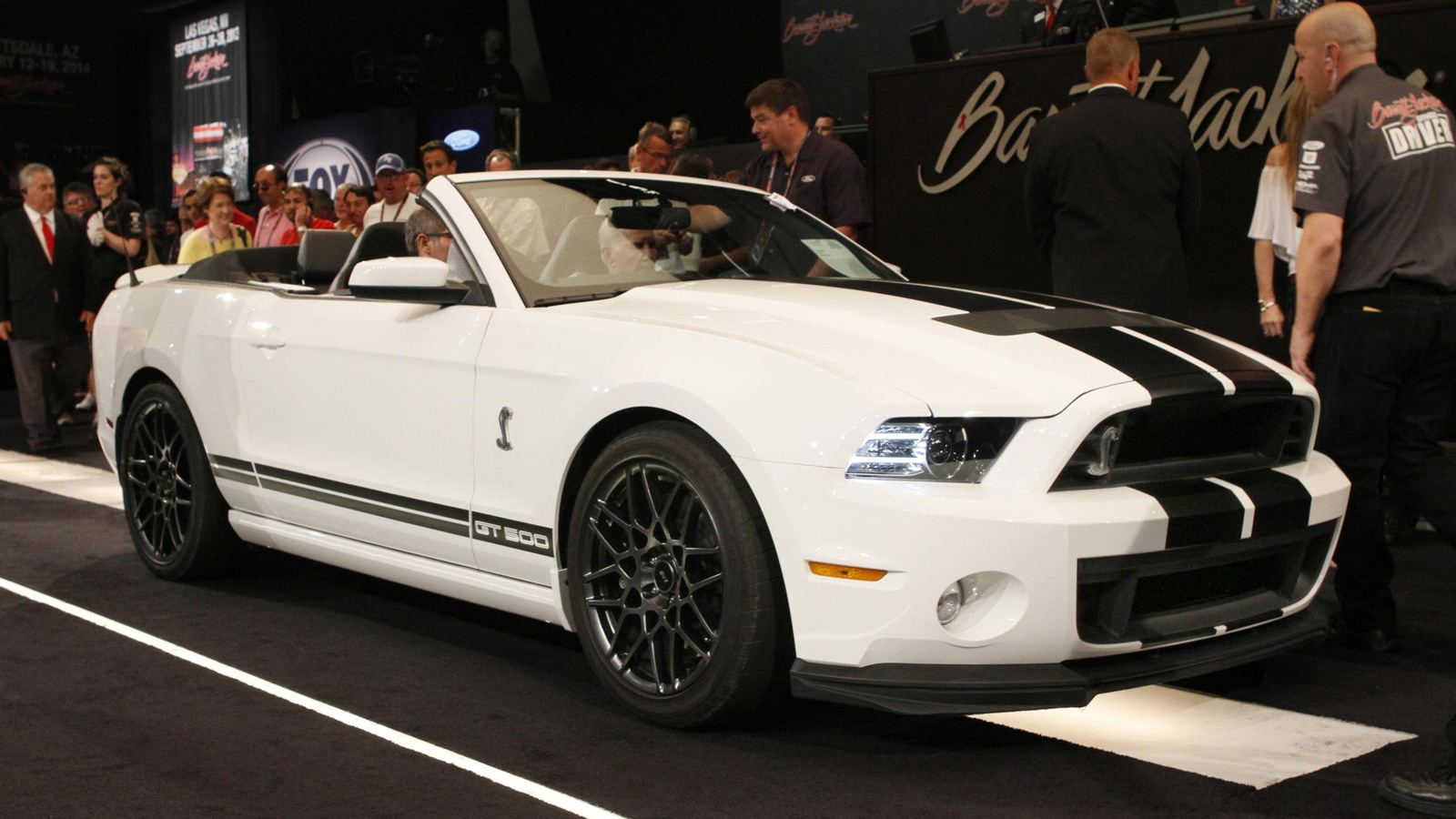 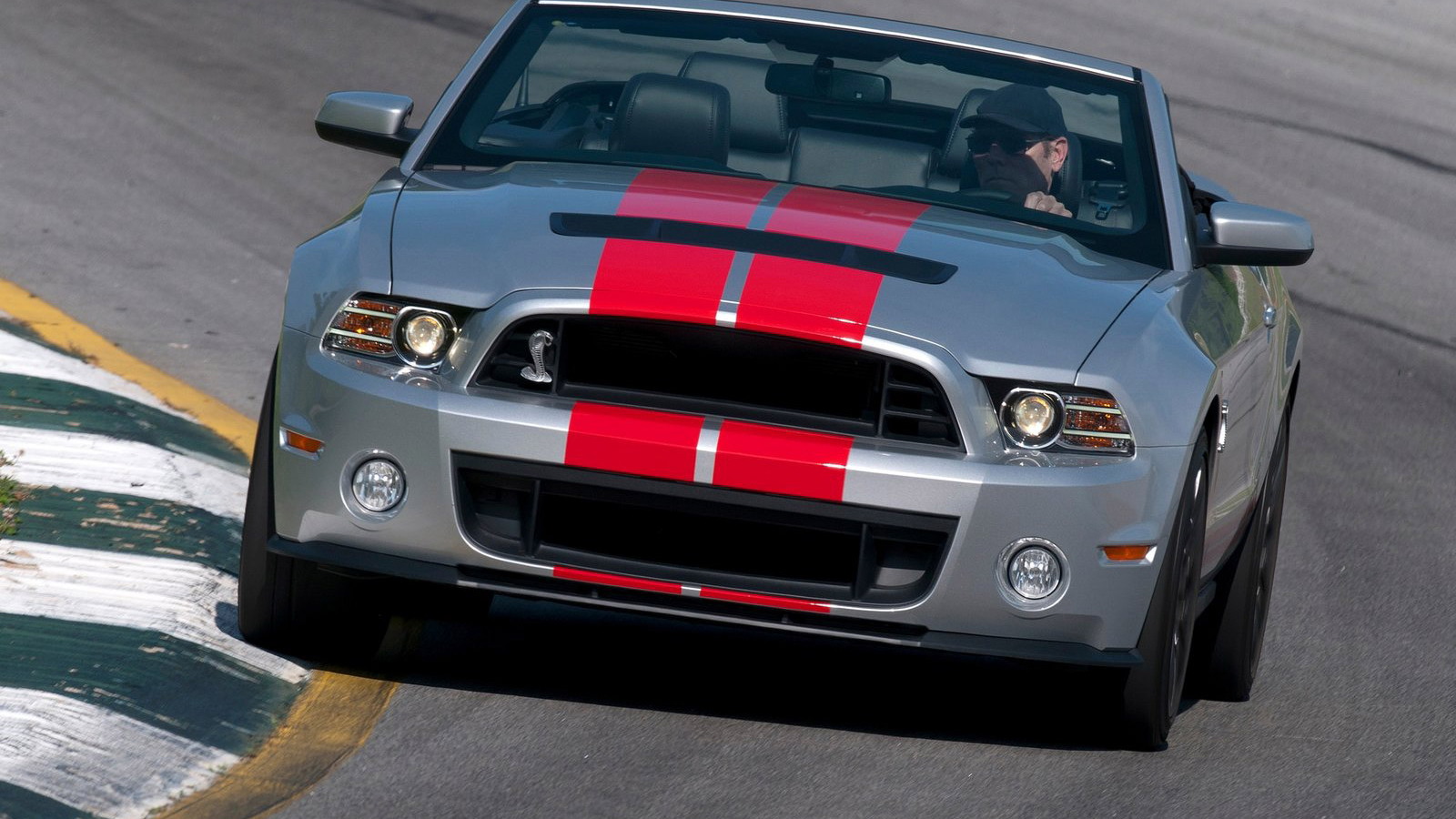 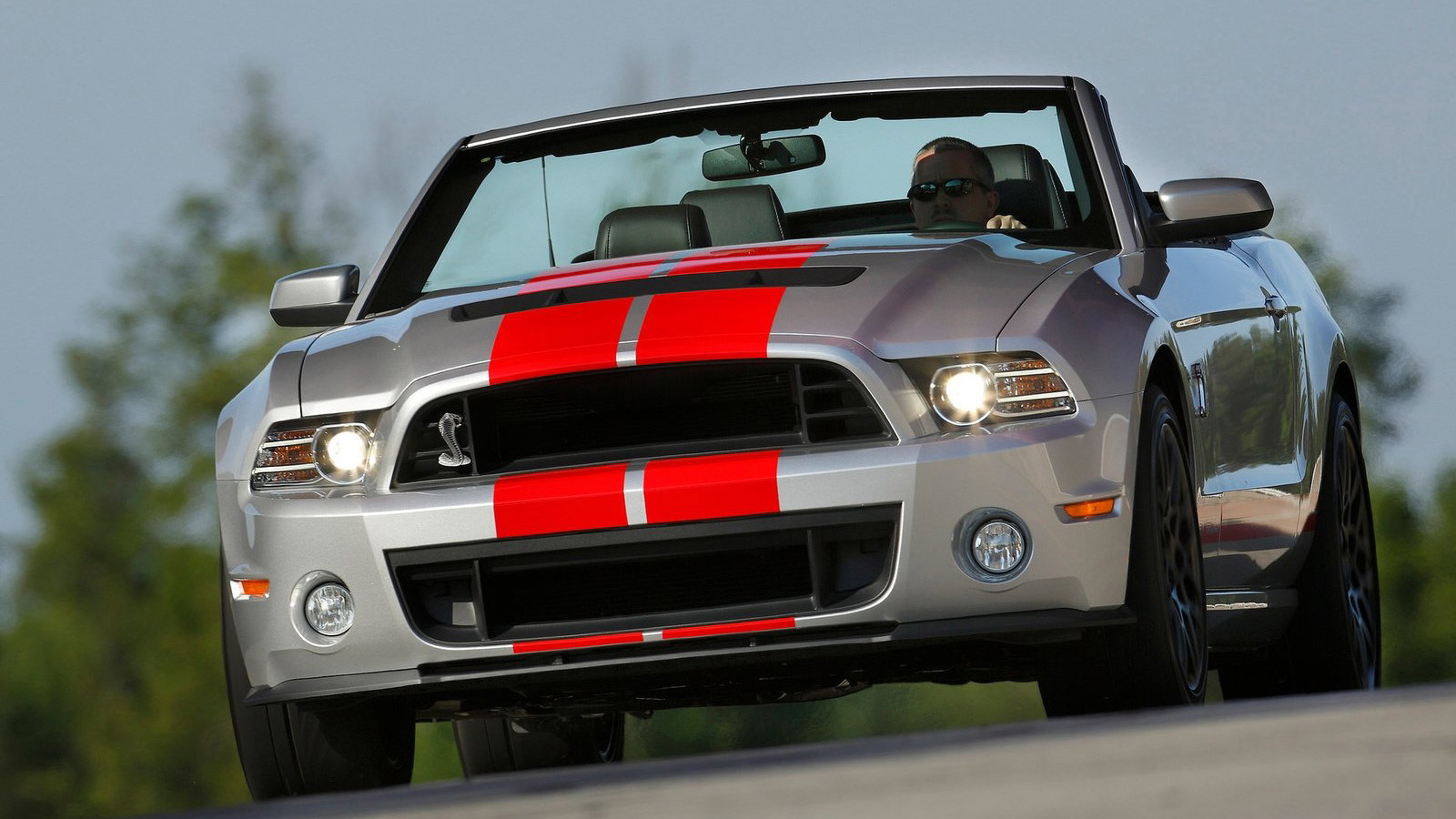 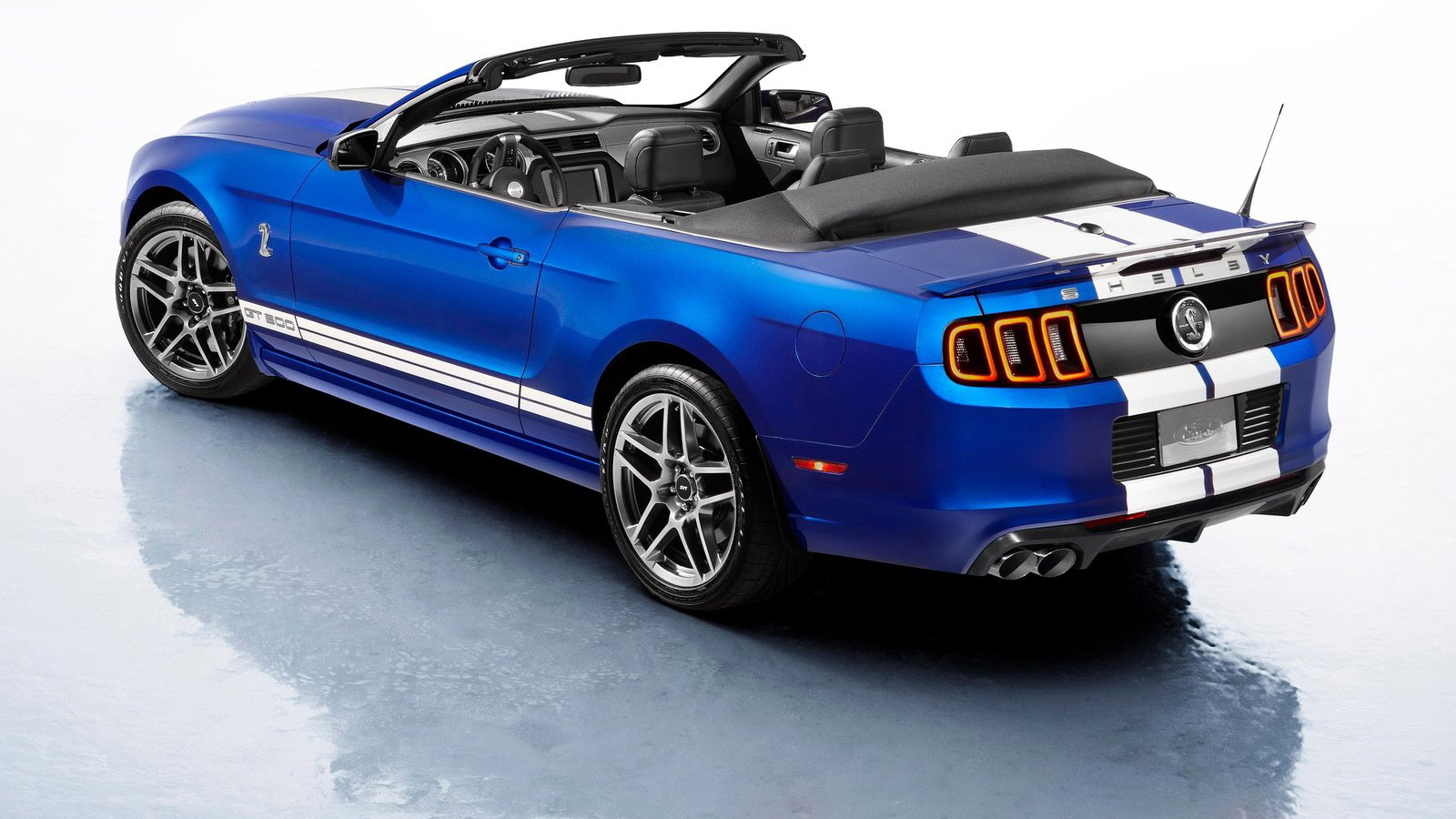 6
photos
The build slot for the very last 2014 Ford Mustang Shelby GT500 Convertible has sold at auction for a staggering $500,000. The car was put up for sale by the Ford Motor Company [NYSE:F] to help raise funds for the Brain Injury Association of America (BIAA). The auction took place last weekend at the inaugural Hot August Nights auction, run by Barrett-Jackson in Reno, Nevada.

The lucky buyer was Don Damon of Great Bend, Kansas. Since the car is yet to be built, he will be able to choose any interior, exterior and stripe color combination offered by Ford on its 2014 Shelby GT500 Convertible. Additionally, racing legend Parnelli Jones, who was at the auction and is an advocate of the BIAA, will sign the car for Damon.

While the car ordinarily sells for around $60,445, the last 2014 model is significant as it may be the last time we see a Shelby GT500 offered by Ford. The Blue Oval is expected to drop the Shelby name from its range-topping, SVT-enhanced Mustang when the redesigned 2015 model arrives next year.

With 662 horsepower, superb handling and a 0-60 mph time of under 4.0 seconds, the Shelby GT500 is one of the world’s greatest muscle cars. We tip our hat to Damon for his generous bid and hope he enjoys the car.