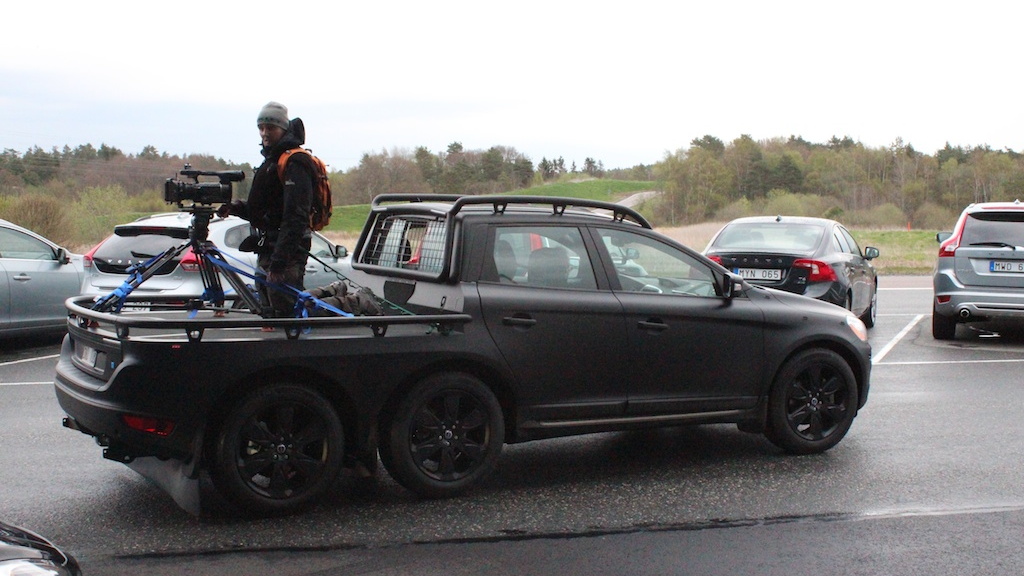 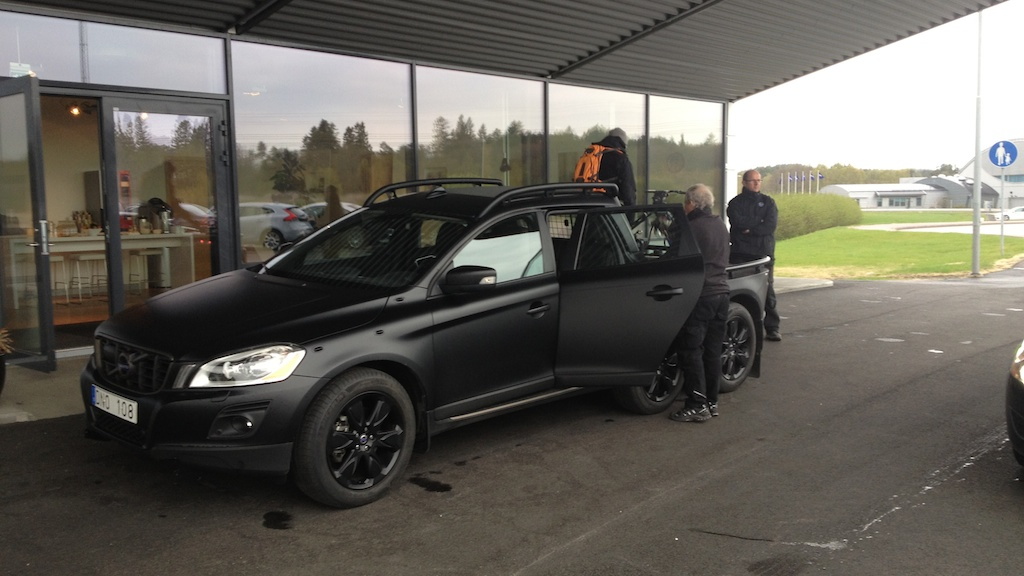 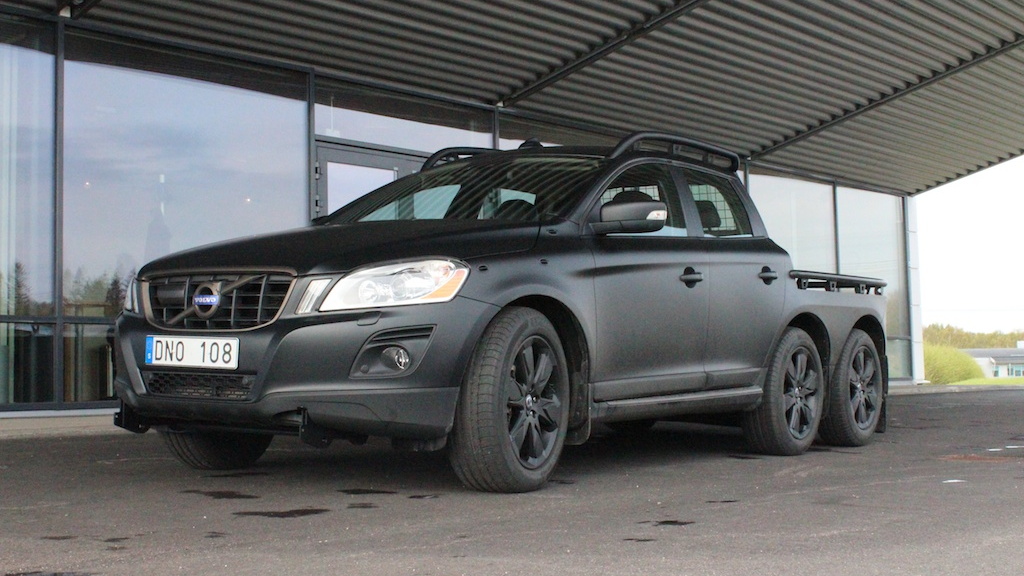 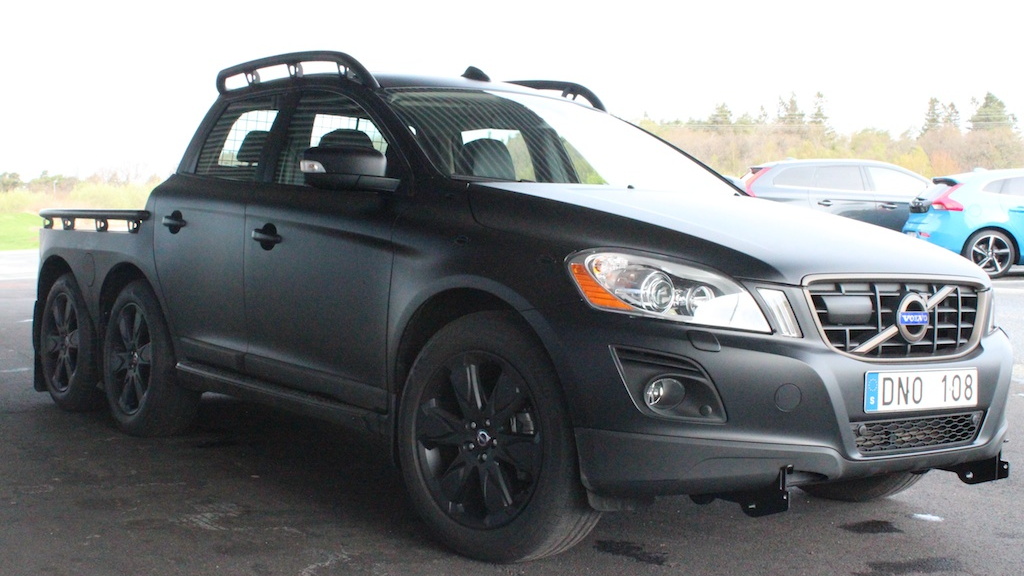 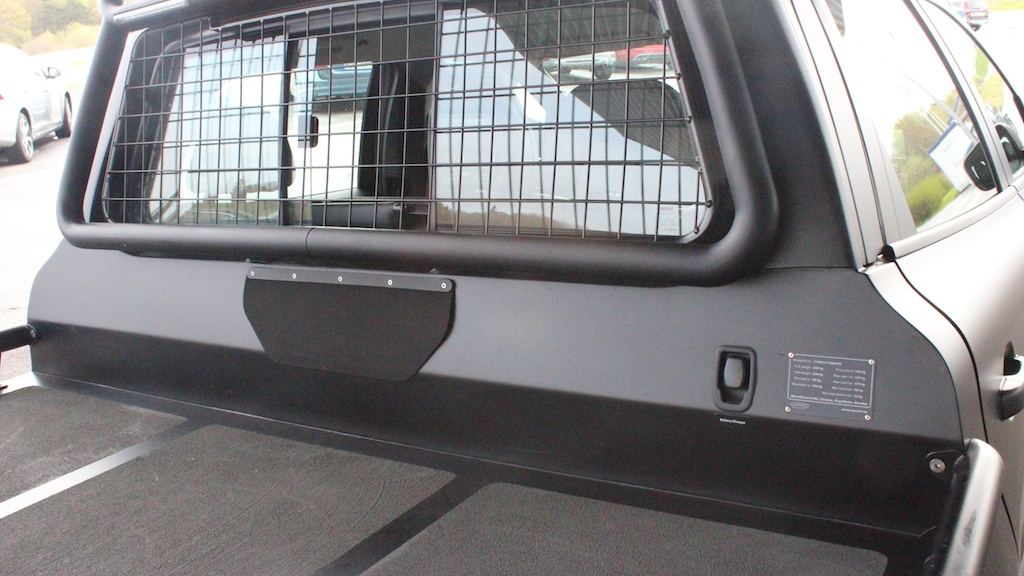 7
photos
What do you think of when you think of Sweden? Meatballs? Chefs? Flat-pack furniture and massive station wagons? We do.

It's the country that loves classic American hot rods and big motorcycles, thinks nothing of driving through snow-covered forests at breakneck speeds... and creates one-off six-wheeled flat-bed trucks that look like they should be on the set of Mad Max.

Spotted earlier this week at Volvo’s Gothenburg headquarters, this one-of-a-kind monster might look like the result of one too many Kopparbergs. But it actually has a very sensible, singular purpose in life: to be Volvo’s in-house camera car.

Instead of asking its in-house camera crew to hang out of the back of a standard XC60 crossover utility vehicle, Volvo took a stock XC60 and chopped the roof off behind the second row. Then it added an extended bed, complete with non-slip deck and plenty of places to attach tripods, harnesses and camera gear. And, of course, it also added that second rear axle.

The result is an extremely versatile camera car, happy on- or off-road. The only downside is its added length: even with the full width of a two-lane street, we observed that the camera car couldn't quite manage a U-turn. Maneuverability aside, Volvo has thought of everything when it comes to this special build.

Just behind behind the rear cab are numerous sockets to power light and camera equipment, while the rear seats can double up as a production studio thanks to twin 7-inch monitors mounted in the front headrests. They can even display a live feed from the camera, allowing the director to ride along as filming takes place.

Volvo says the all-new camera car joined the fleet a few weeks back, and replaces Volvo’s old camera car -- an aged V70 with the rear roof removed (and close to no style whatsoever). We’re not sure if the paint was chosen to dodge laser traps, look cool, or just cut down on unwanted reflections, but we think Volvo may have stumbled on a new model.