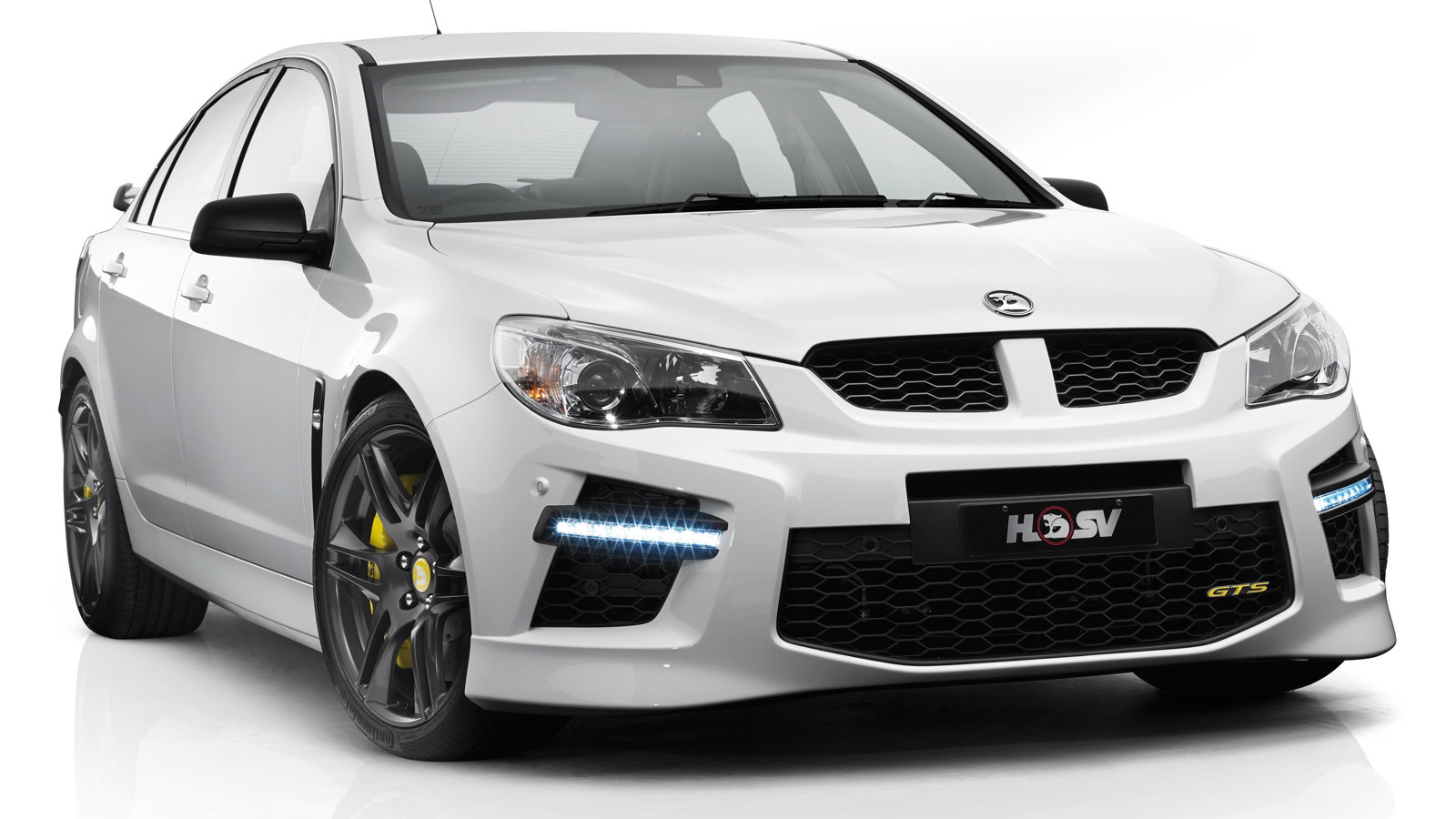 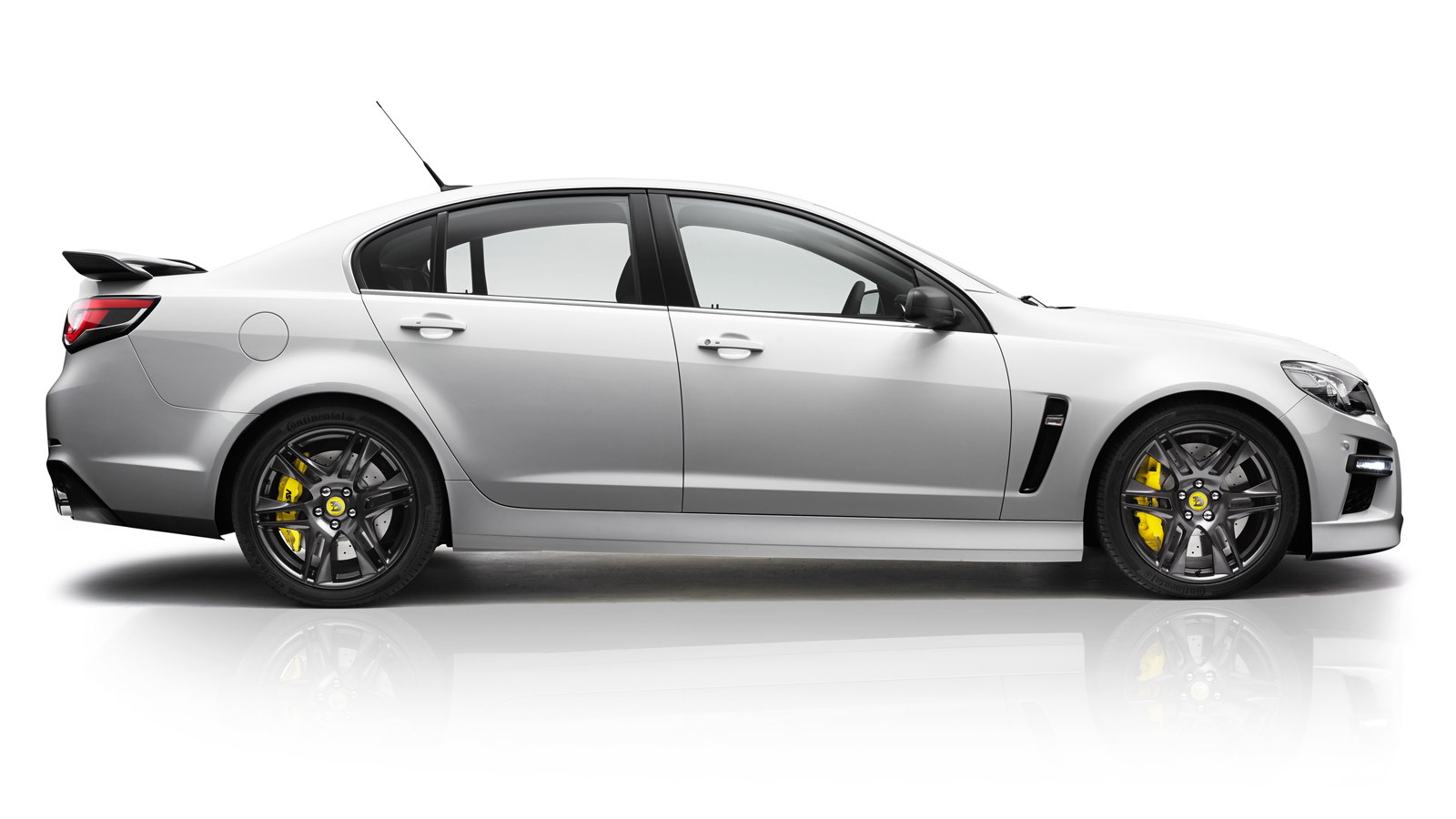 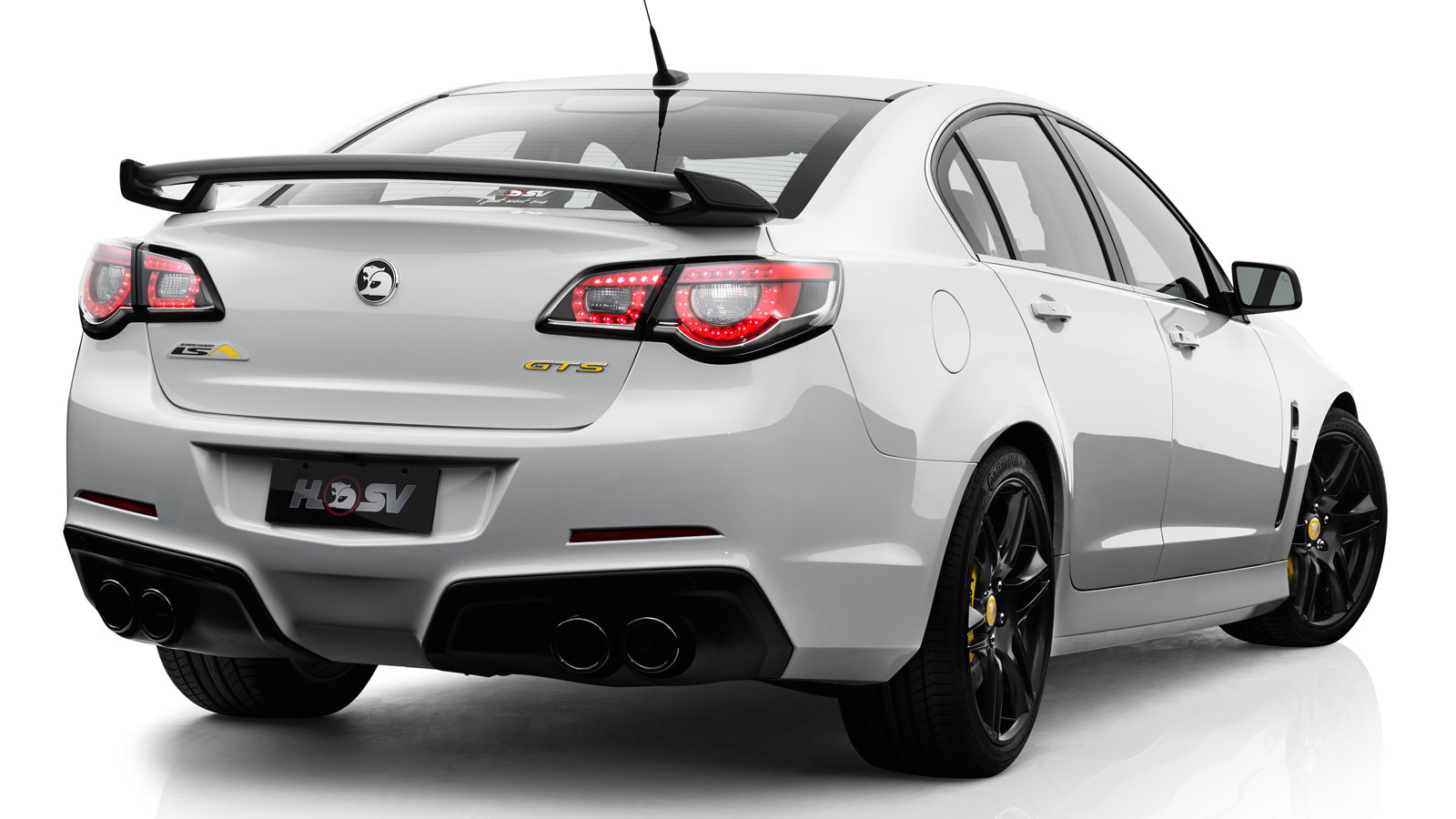 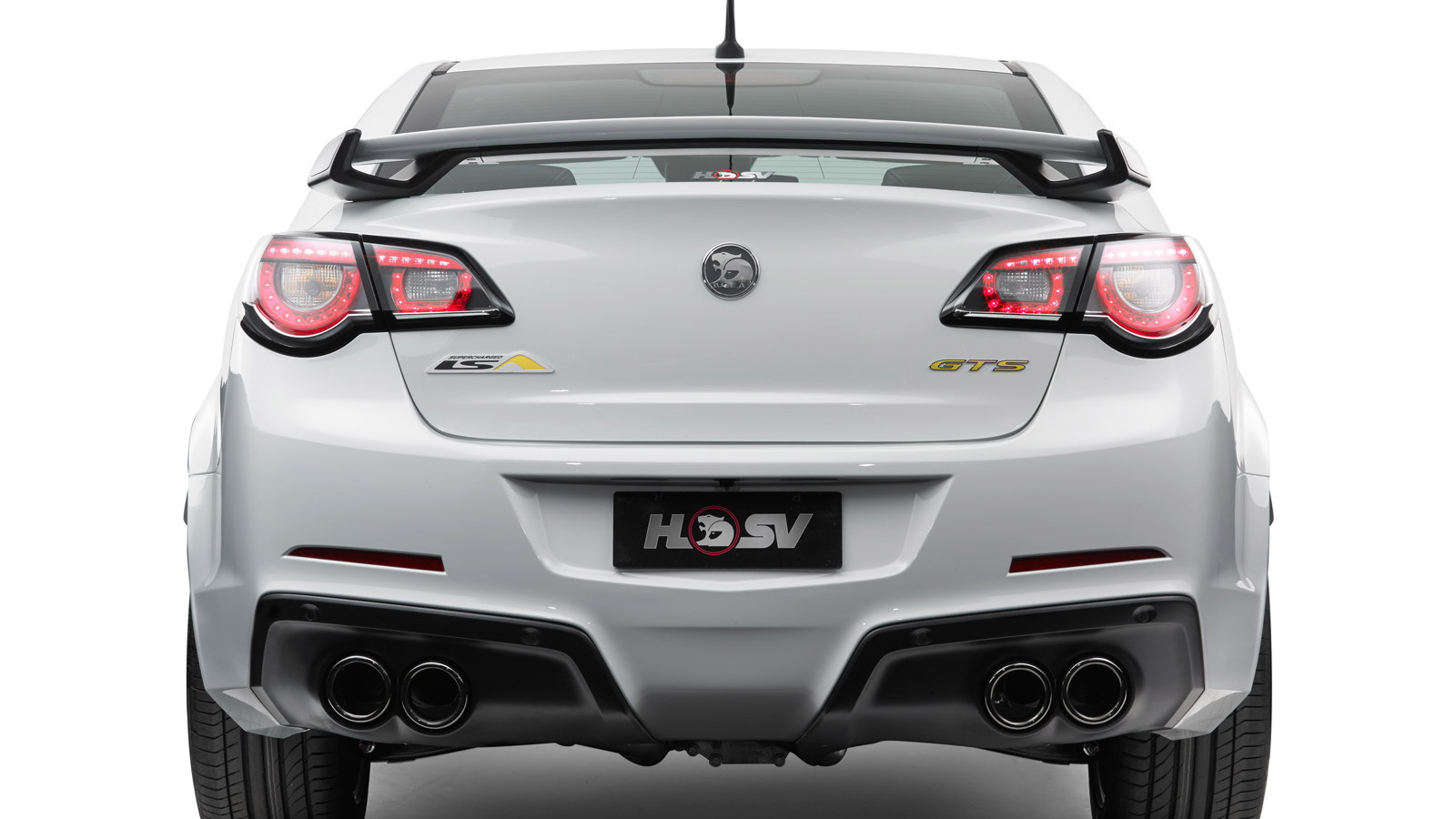 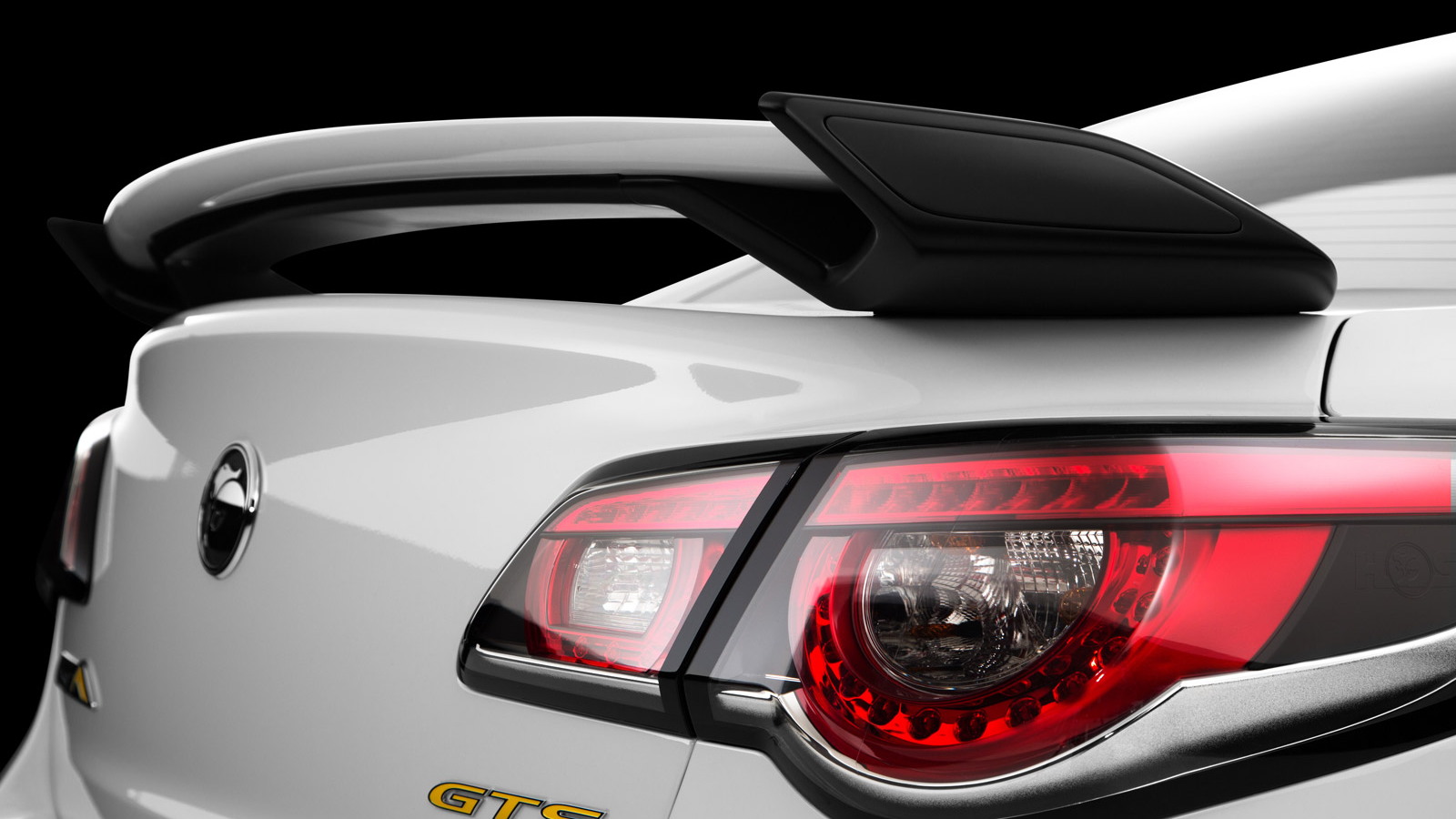 24
photos
You’re looking at the new Gen-F range of high-powered sedans, utes and wagons from HSV, the official tuner to Holden in Australia. The Gen-F range is based on Holden’s latest VF Commodore but receives a series of unique performance upgrades and styling enhancements.

HSVs are known for their outlandish styling, but with the Gen-F range the designers have toned down the look somewhat. Still, you’d be hard pressed to mistake one for anything else.

Topping the range is the new GTS model, which as we previously reported is powered by the same LSA found in the Chevrolet Camaro ZL1. In its latest application, the supercharged 6.2-liter V-8 delivers 580 horsepower and 545 pound-feet of torque.

Buyers can select six-speed manual or automatic transmissions and drive is sent to the rear wheels only. To make the most of that power, the car features a launch control system, electronic rear differential and a version of GM’s magnetic ride suspension with three different settings.

The new GTS is now the most powerful car ever produced in Australia, though we’re yet to learn if it’s also the fastest.

Moving down the line we arrive at the luxury-oriented Senator Signature, which maintains the previous generation’s 6.2-liter LS3 V-8 but outputs 455 horsepower and 420 pound-feet of torque. This is the same output that the long-wheelbase Grange model receives. The styling of the Grange remains similar to the previous generation as the car on which it is based, the Holden Caprice, also remains unchanged.

No performance figures have been released though all of the cars should be able to accelerate to 60 mph in under 5.0 seconds.

All of the cars also come with 20-inch wheels, brakes from AP Racing, performance suspension tuning, and all of the tech goodies that come standard on the Commodore donor car. These include blindspot monitoring, keyless entry and start, front and rear parking sensors, reversing camera, electric driver’s seat, daytime running lights and a semi-automated parking system.

With any luck, some of these upgrades will be offered on the Holden Commodore's U.S. twin, the 2014 Chevrolet SS.