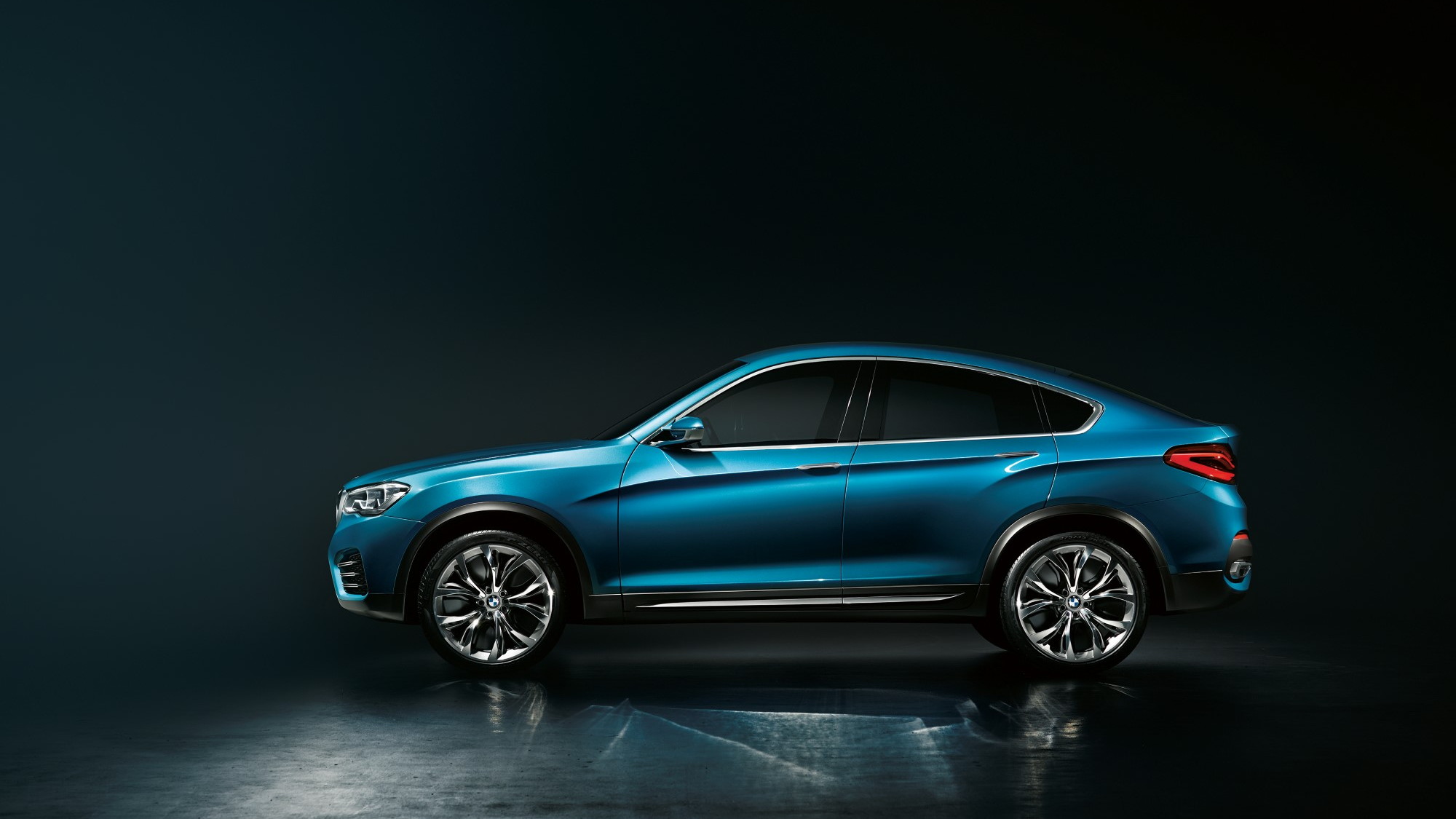 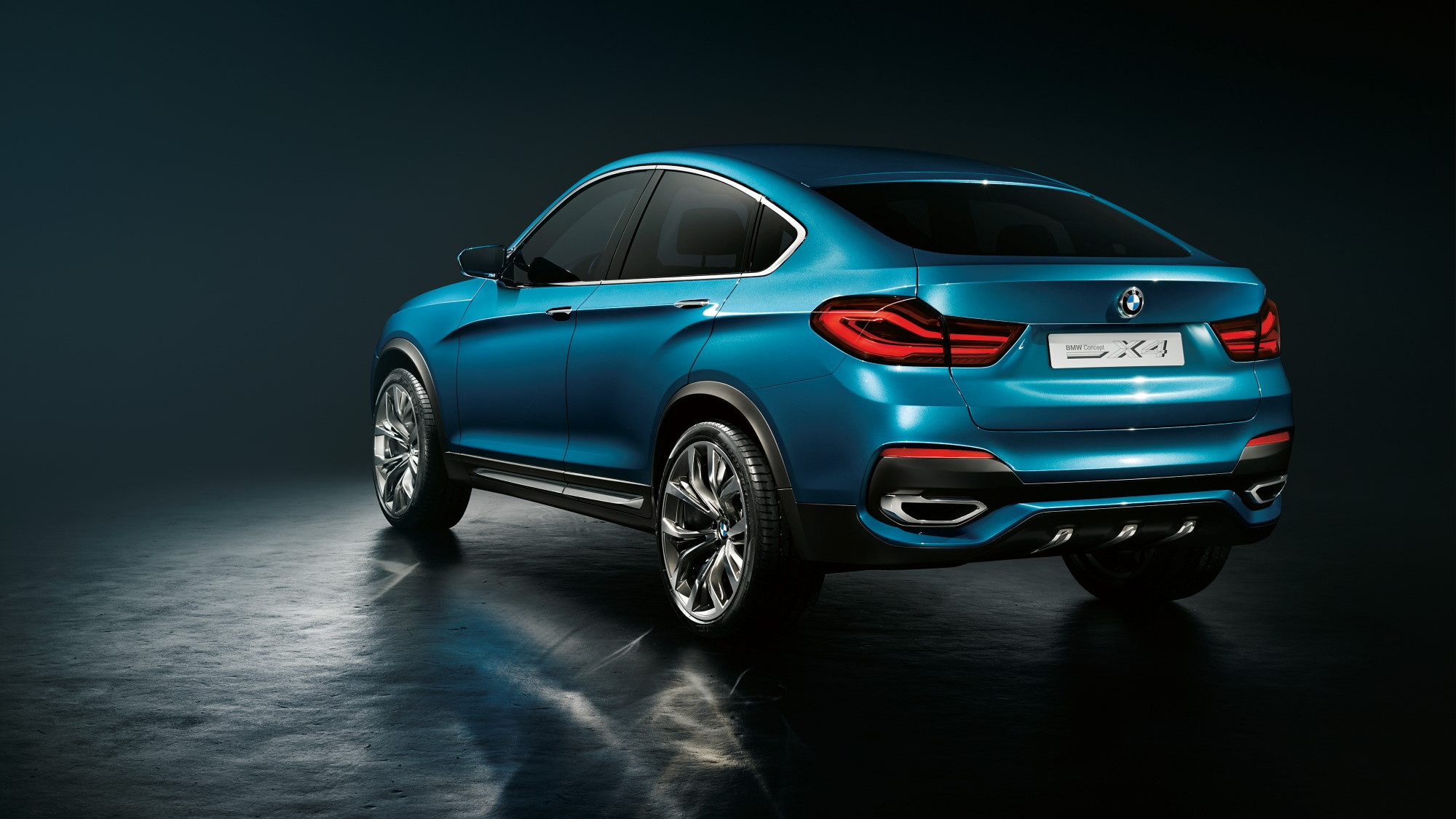 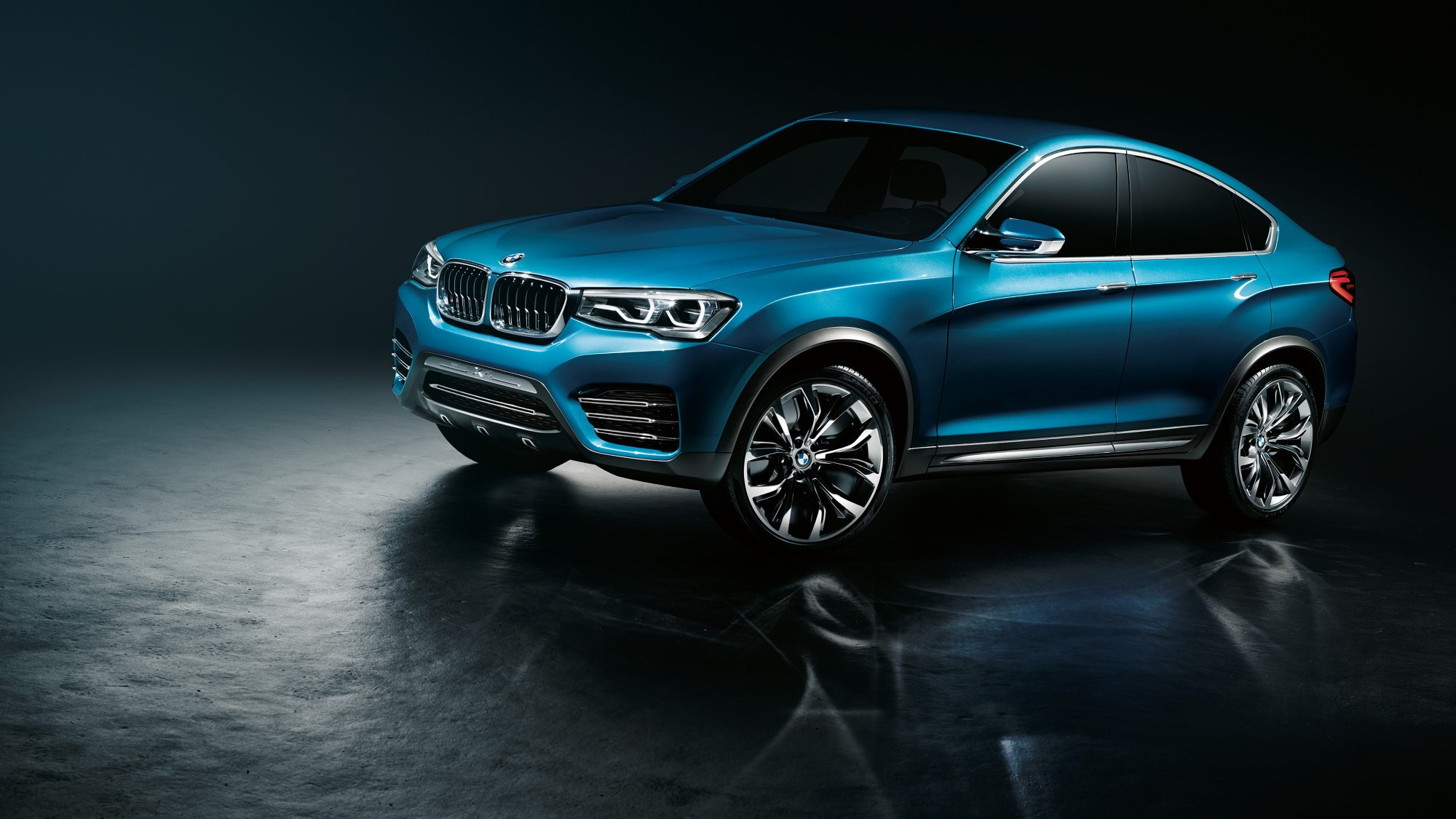 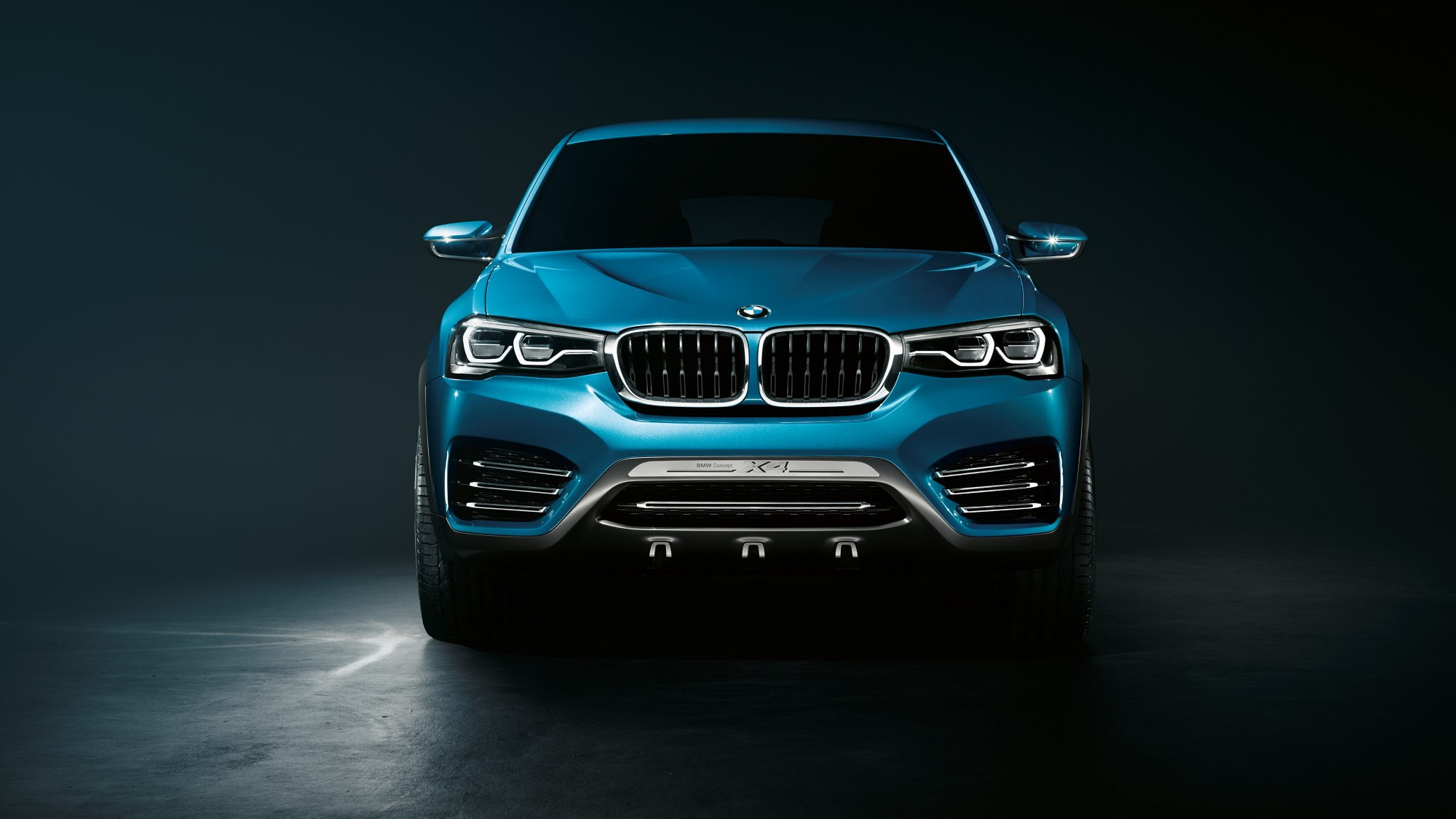 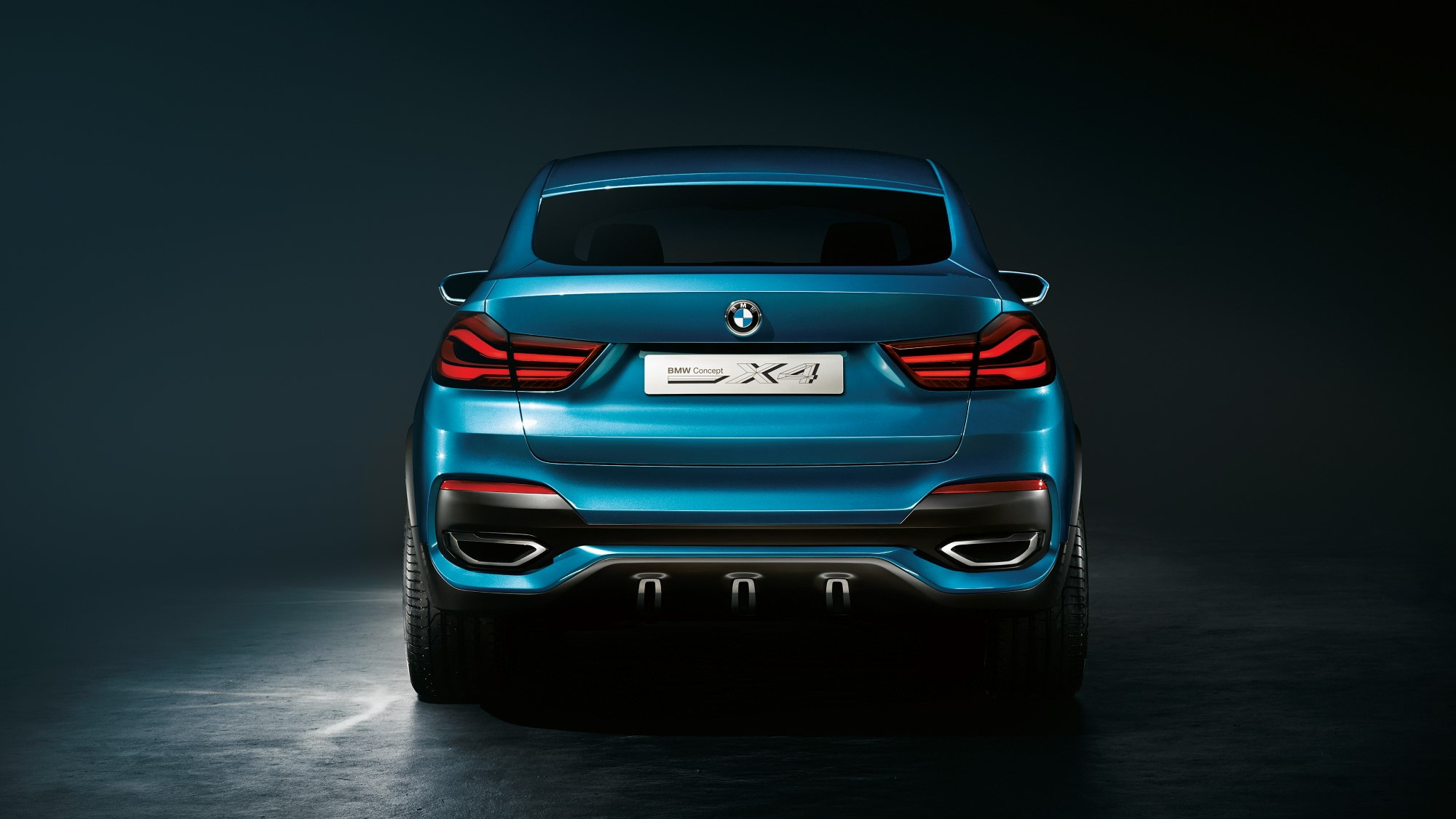 16
photos
As BMW's model proliferation continues, with a renaming scheme impending, we have to wonder: where will it end? Not here, apparently.

The latest addition to the BMW fold is a concept, but it appears to be a concept in name only. The BMW Concept X4 brings to the X3 size class an X6-like Sports Activity Coupe (SAC), as BMW styles it.

Looking very nearly ready for production--not wild and conceptual in any way--the Concept X4 promises the same things the X6 did upon its debut, but in a more compact form factor.

Like the X6 when new, our eyes have not yet adjusted to the Concept X4's mixture of ute-like height and coupe-like curves. We grew to love the X6, however, especially in 3.0-liter six-cylinder and monstrous X6 M forms, so we are willing to give the X4 the benefit of the doubt--and of time.

Comparing the X4 to the X3, it's a touch wider (about 1.3 inches), a touch lower (about 1.5 inches), and exactly the same length--proportions you'd expect from a sportier take on the same platform. Wheelbase is also identical.

In concept form, the X4 wears 21-inch alloy wheels, an element of bling that will surely be right-sized to something more like the 18-inch wheels found on the X3 should it reach production. Again, however, the X4's sportier demeanor might justify wheels as large as 20 inches, the better to fit low-profile tires while filling the wheel wells.

Key design details reflect the X6 in many respects, though the newer X4 offers an updated front-end, with full LED headlights on this concept. Large air intakes, with inserts that match the kidney grille, give the Concept X4 a more aggressive stance that matches the wide track and lower height.

From the side, the downward-sloping roof line, dynamic character lines along the sides, and flared wheel arches all radiate the Concept X4's sporting intentions--if not abilities. At the rear, more LEDs compose the tail lights, while the rear apron mimics the front's intakes with cut outs for the exhaust pips.

Finishing the X4's design treatment is a dark lower section that extends around the vehicle, designed to make it seem lower to the ground. With the black surround of the wheel wells, however, it almost serves to make the X4 look taller to our eyes, with large wheel gaps like you'd see on a 4x4, despite the huge wheels.

We'll have to withhold even preliminary judgment of the Concept X4's pulchritude (or lack thereof) until we can see it in person--and until we've had some time to get our minds around BMW's latest division of its lineup into yet closer intervals.