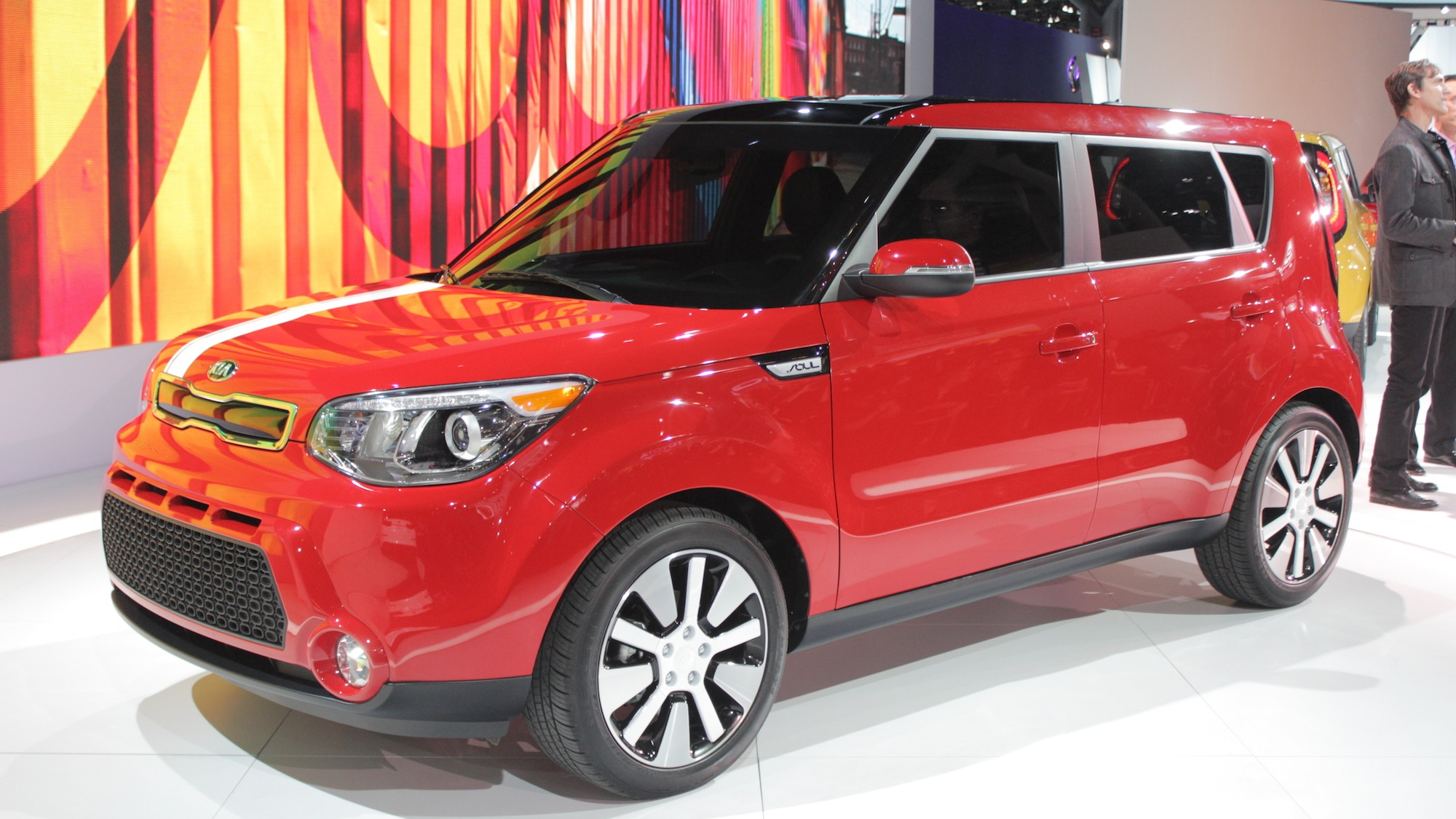 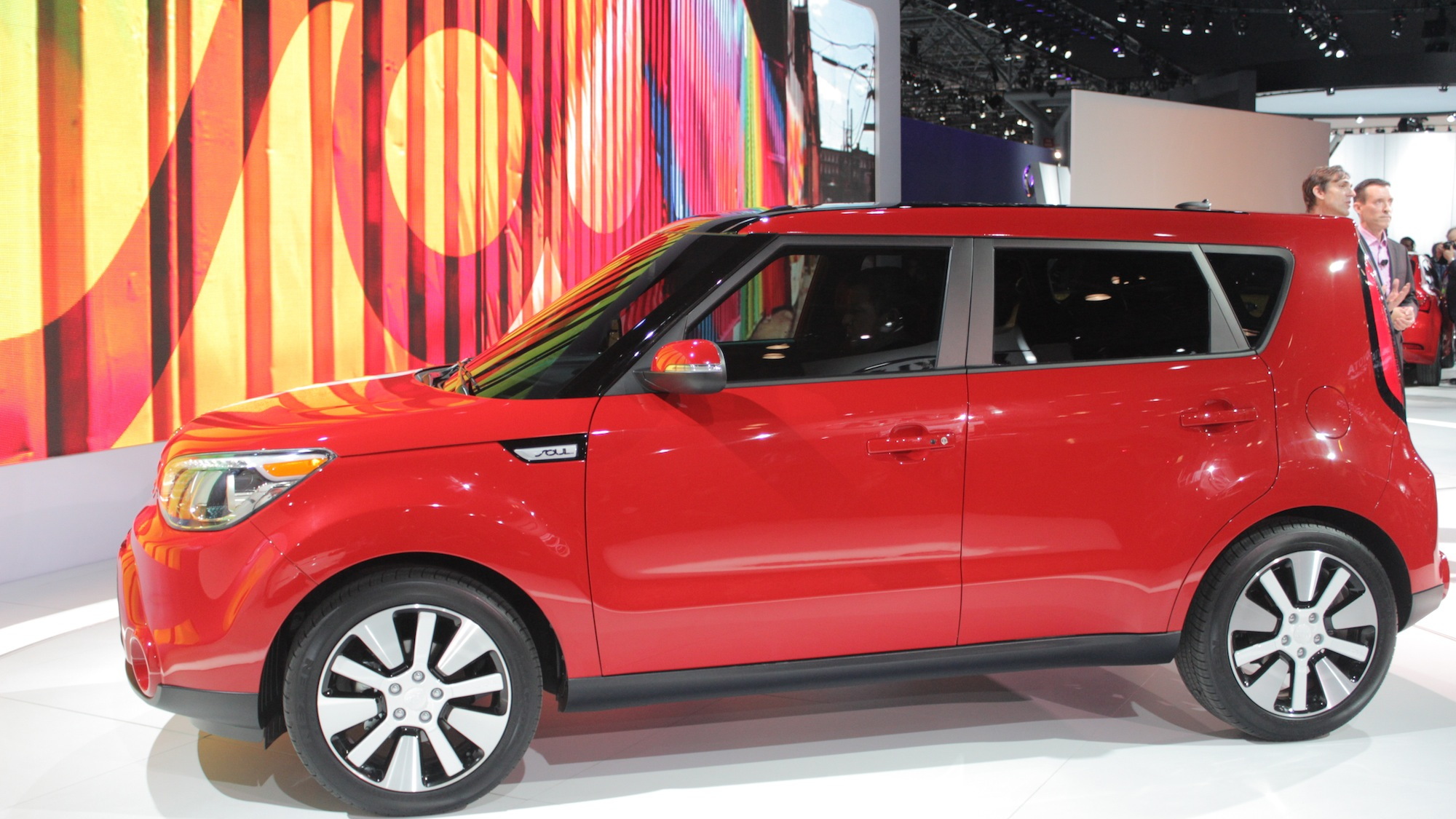 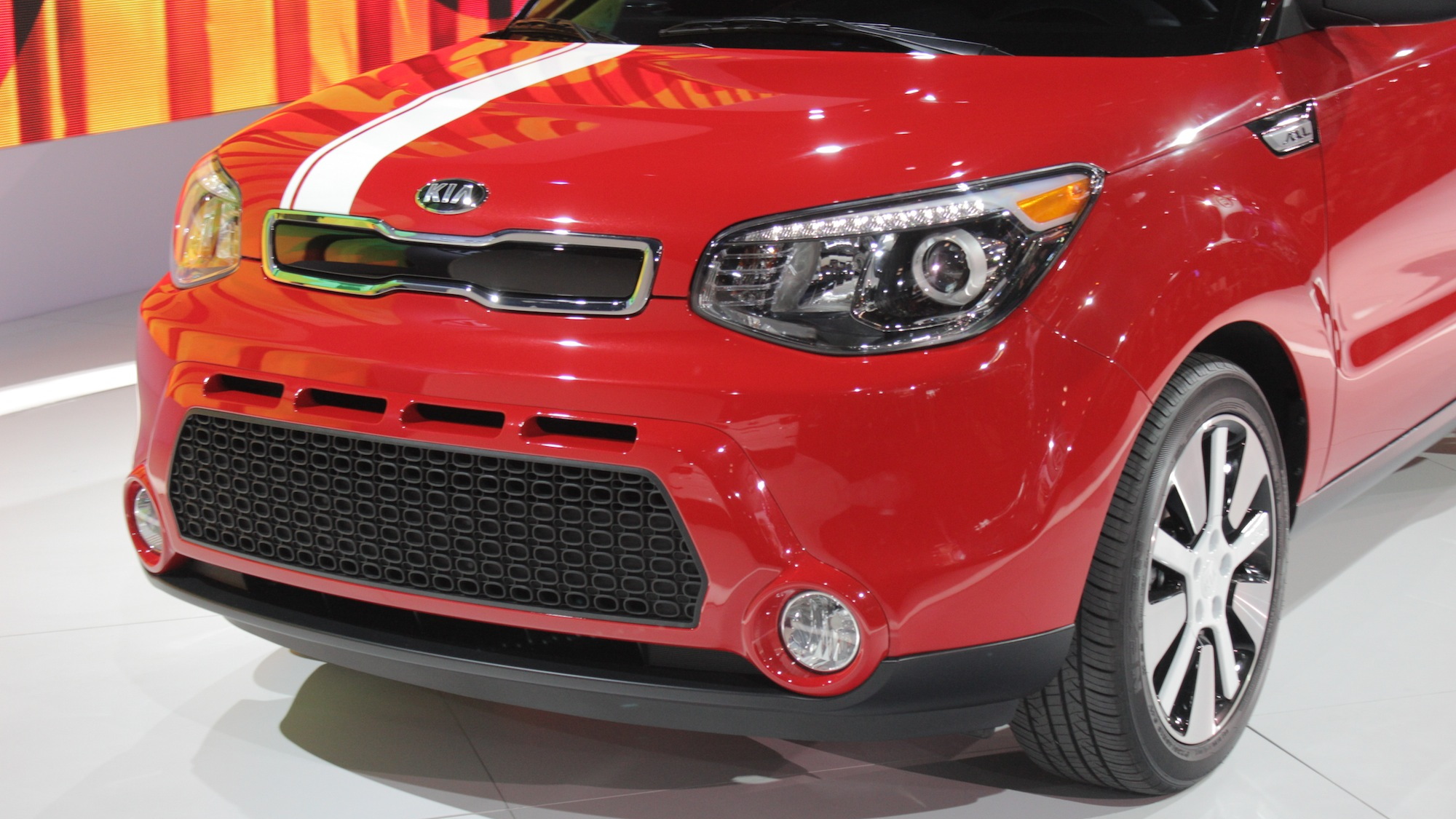 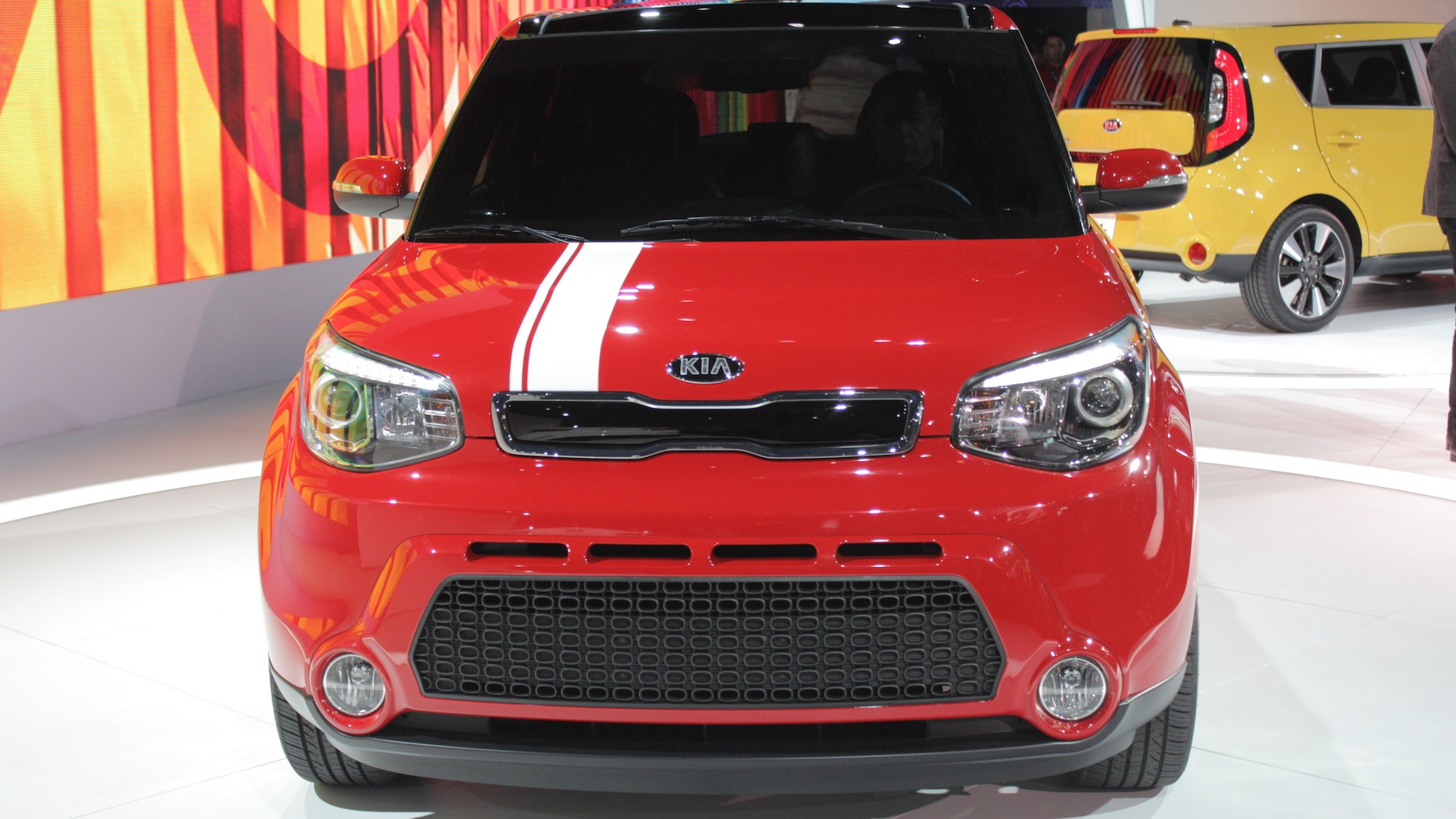 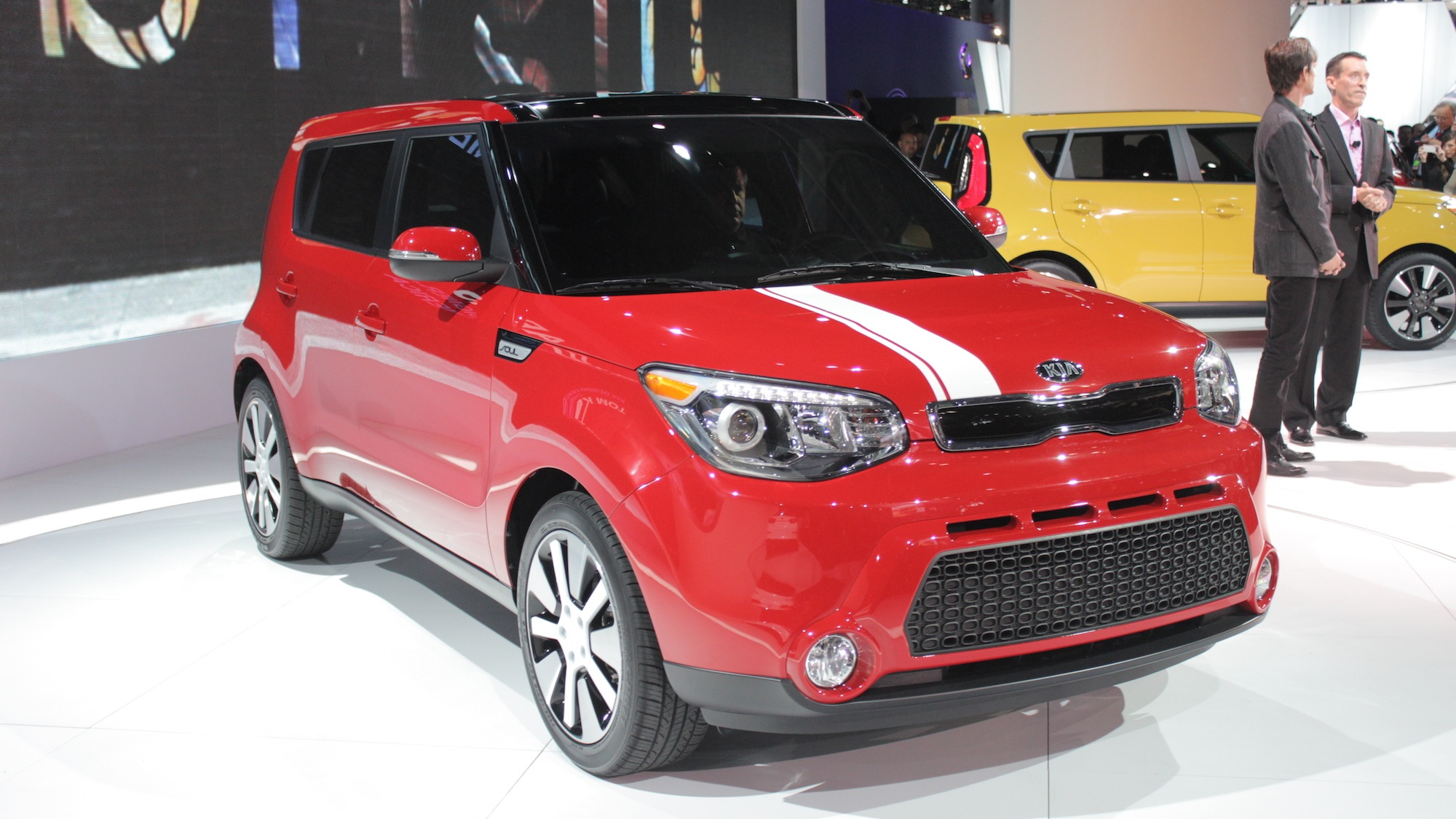 Though Kia has, on occasion, missed the mark with vehicles in the United States (such as its Borrego SUV), there’s no denying that its Soul “urban passenger vehicle” is a solid hit that seems to defy demographics.

Though pitched at Millennial buyers, we’ve seen plenty of fifty-somethings behind the wheel, too. Drive a Soul and it’s easy to see why: the diminutive MPV is practical, affordable and nimble enough to provide some degree of entertainment value.

For 2014, Kia has an all-new Soul to talk about, and it’s launching its funky people mover at this week’s New York Auto Show. Kia says the new Soul was born from the Track’ster concept, but the only similarities we see are the new Soul’s wider stance and updated front fascia.

The 2014 Soul is longer, too, and blessed with a stiffened chassis to reduce noise, vibration and harshness (NVH). Though you may not feel it in urban cruising, the new platform’s 28.7 percent increase in torsional rigidity should help in the twisty bits, especially when you factor in the “significant suspension upgrades” Kia refers to.

Up front, four subframe bushings help reduce ride harshness, the stabilizer bar has been moved rearward and the steering box has been moved forward; Kia claims the result is better on-center feel and improved handling. Out back, the rear shock absorbers have been reoriented and lengthened to boost ride comfort.

The 2014 Soul gets the same multi-setting electric steering unveiled on the 2013 Hyundai Elantra GT. Drivers can choose between Comfort, Normal and Sport settings, but only the steering effort (and not the ratio) actually changes.

Under hood, Base Souls get a direct-injected 1.6-liter four-cylinder engine, rated at 130 horsepower and 118 pound-feet of torque and bolted to either a six-speed manual or optional six-speed automatic transmission.

Stepping up to the Plus or Exclaim trims gets you a direct-injected 2.0 liter four-cylinder engine, good for 164 horsepower and 151 pound-feet of torque. Plus versions can be had with either six-speed gearbox, but the Exclaim comes only with Kia’s six-speed automatic.

Base Soul models come with a sizable list of amenities, including Bluetooth connectivity; SiriusXM satellite radio; a six-speaker audio system; a telescoping steering wheel and power locks, windows and side mirrors.

The 2014 Kia Soul will hit dealers in the third quarter of 2013, and pricing will be announced closer to launch.