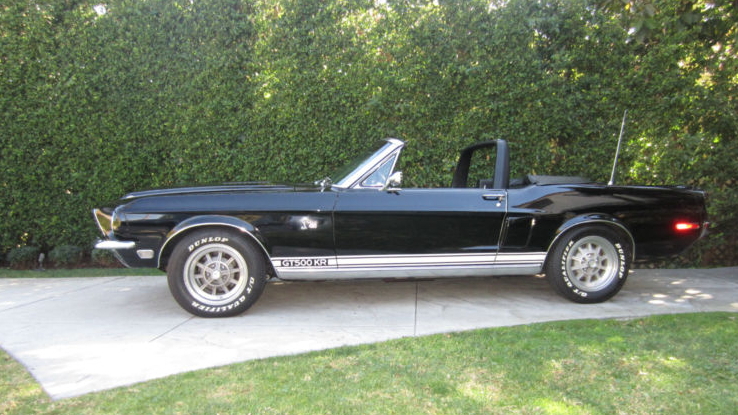 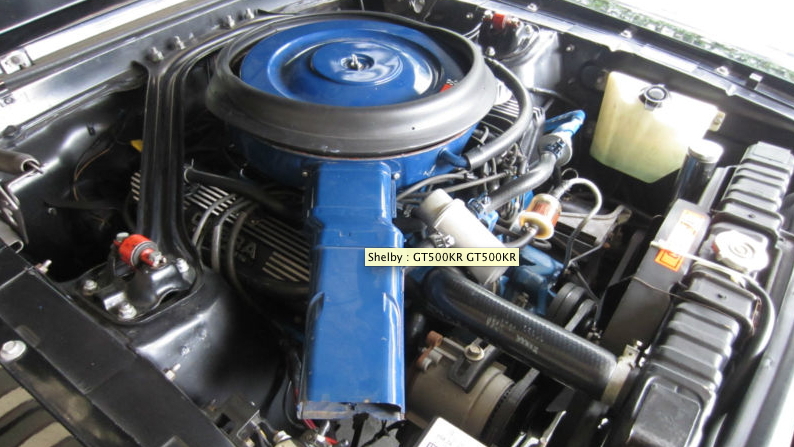 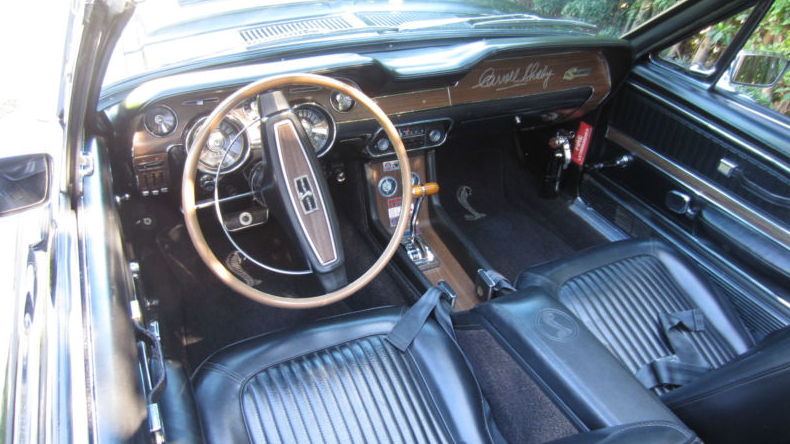 3
photos
Following on the success of the Shelby GT350 Mustang, Shelby American introduced an even more potent version for the 1967 model year, dubbed the GT500. Under the hood lurked a 428-cubic-inch “Police Interceptor” V-8 engine, equipped with dual four-barrel carburetors for a reported (though not official) output of 360 horsepower.

Buyers could choose from either a four-speed manual transmission or a three-speed automatic, and the GT500 was easily distinguished from lesser Mustangs by its reshaped nose and tail, the functional hood scoop and the exaggerated side scoops.

For 1968, Shelby American upped the ante even further, introducing the new GT500 KR, for “King of the Road.” Gone was the Police Interceptor engine, replaced by the Cobra Jet 428-cubic-inch V-8 and fitted with a ram air intake, larger heads and a revised intake manifold that combined to push output to some 400 horsepower.

For insurance purposes, however, Ford claimed that (wink, wink, nudge, nudge) the Cobra Jet 428 made just 335 horsepower, though even 400 horsepower is said to be a conservative estimate.

The GT500KR was available in both fastback coupe and convertible body styles, with only 517 open-air models produced. Of these, 251 left the factory with the three-speed automatic, making this version among the rarest of the GT500KR models.

If you’re looking to park one of these in your own garage, take a look at this eBay Motors auction. Up for grabs is a 1968 Shelby GT500KR convertible, with the three-speed auto and just 32,040 miles on the clock.

The seller claims the Shelby is a California car that drives great and has only the normal wear and tear you’d expect on a 45-year-old car. We take that to mean it’s wearing the original paint, although there’s no indication that the white soft top is the same one installed at the factory.

The car is reportedly listed in the Shelby registry as #2559, and it goes without saying that further research is needed before submitting a bid on a car of this magnitude (and cost). There’s no “Buy It Now” price, and the single bid of $79,000 hasn’t cleared the car’s reserve.

Thanks to Michael for the tip on this!