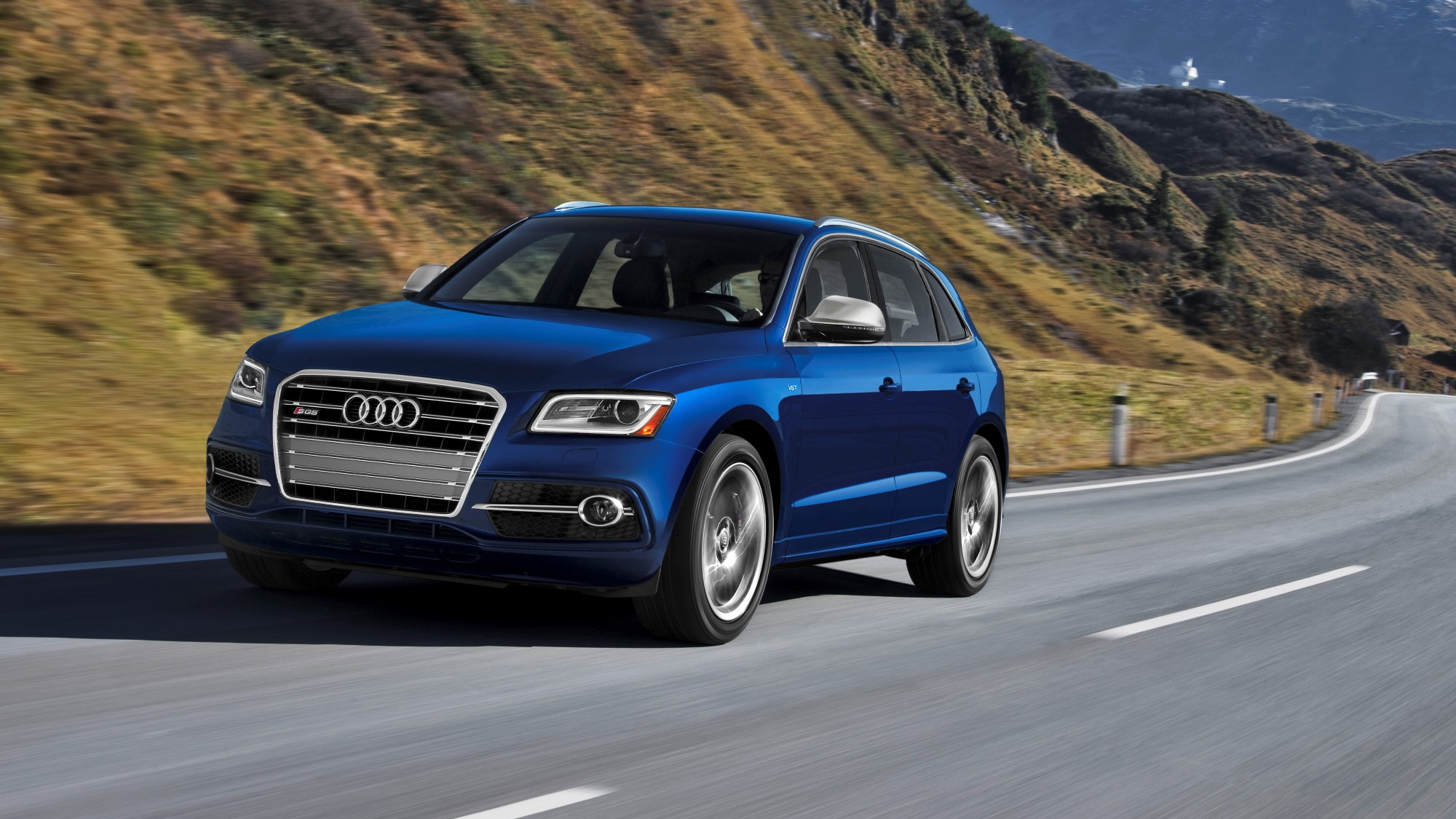 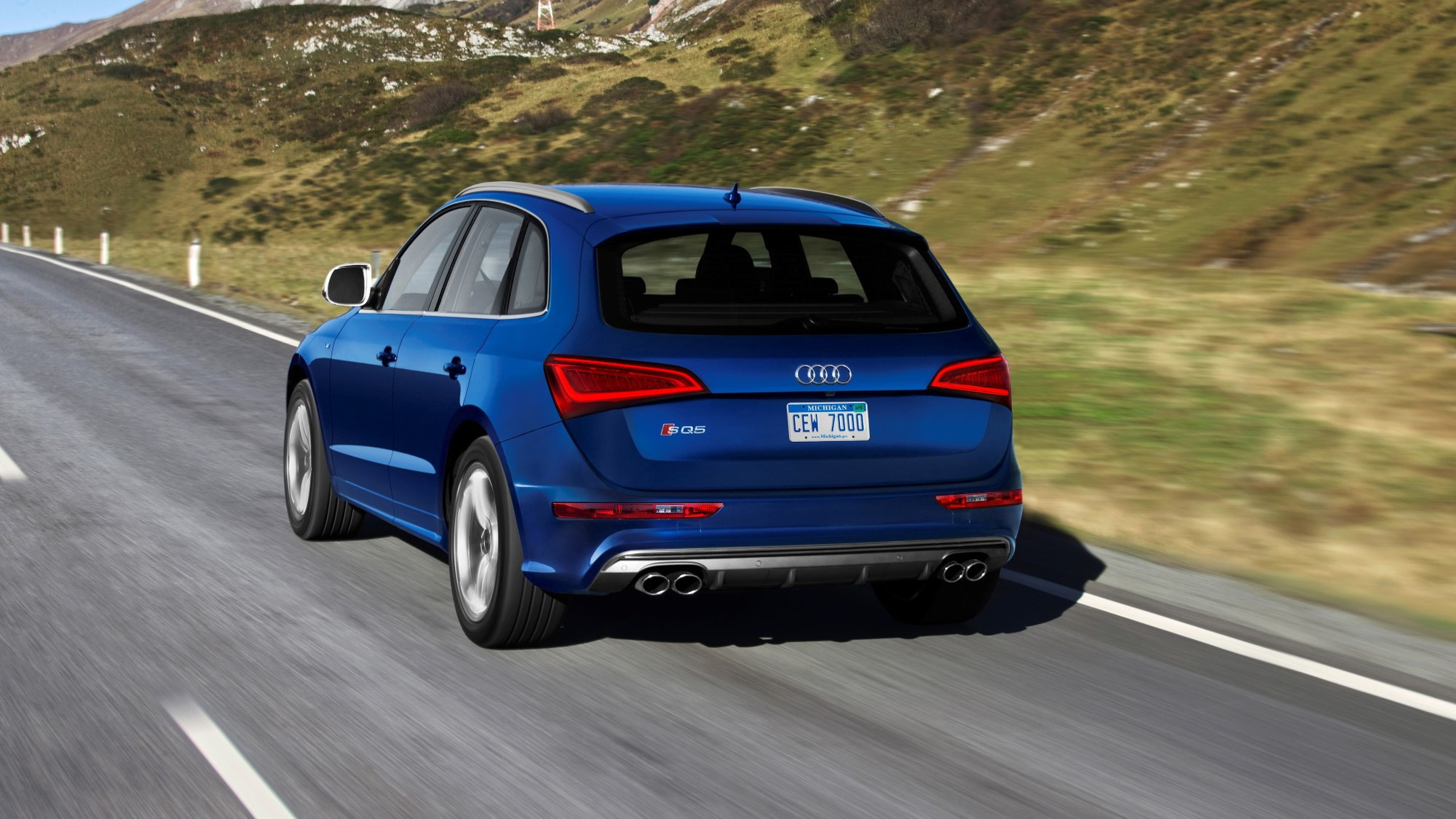 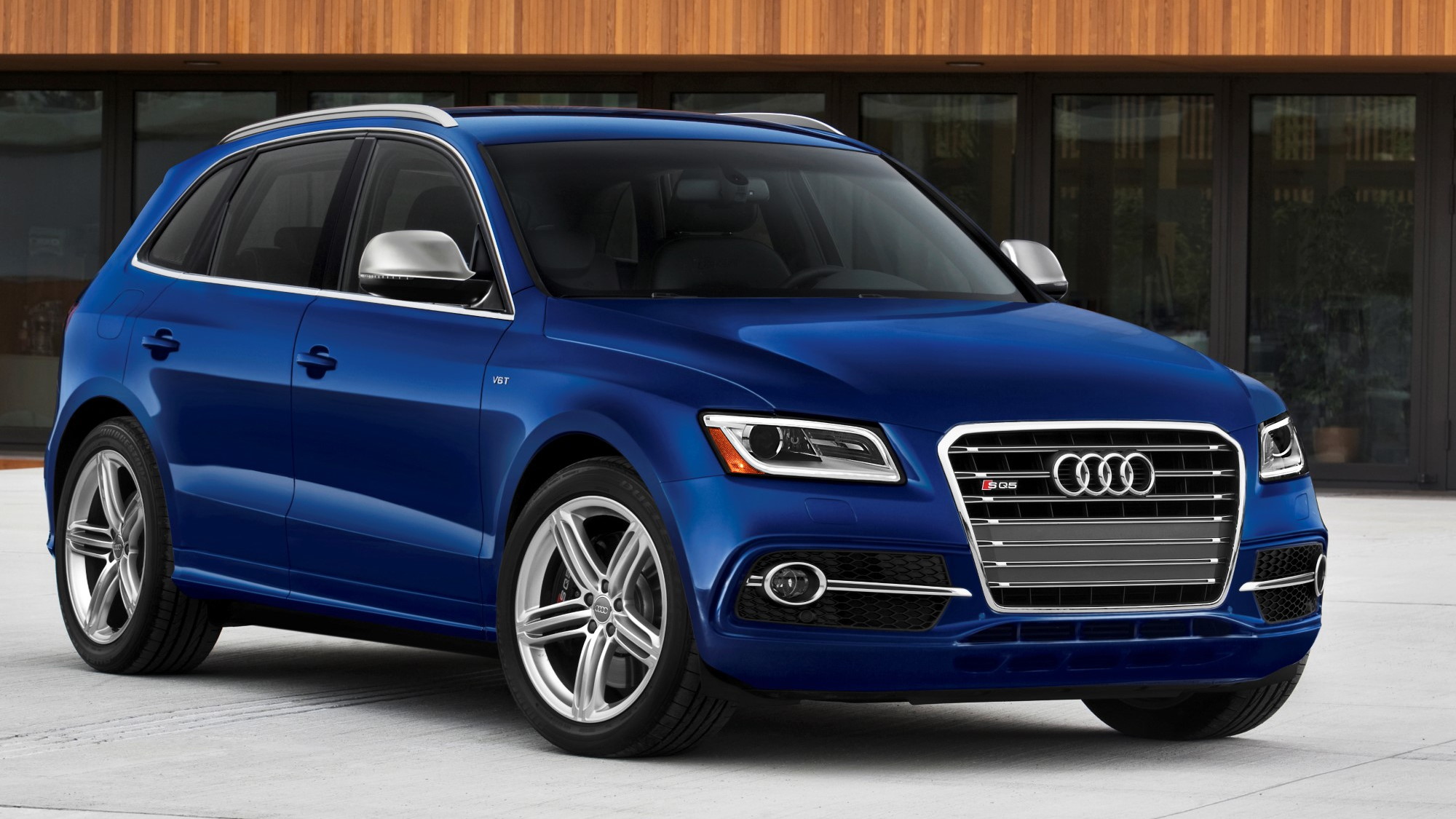 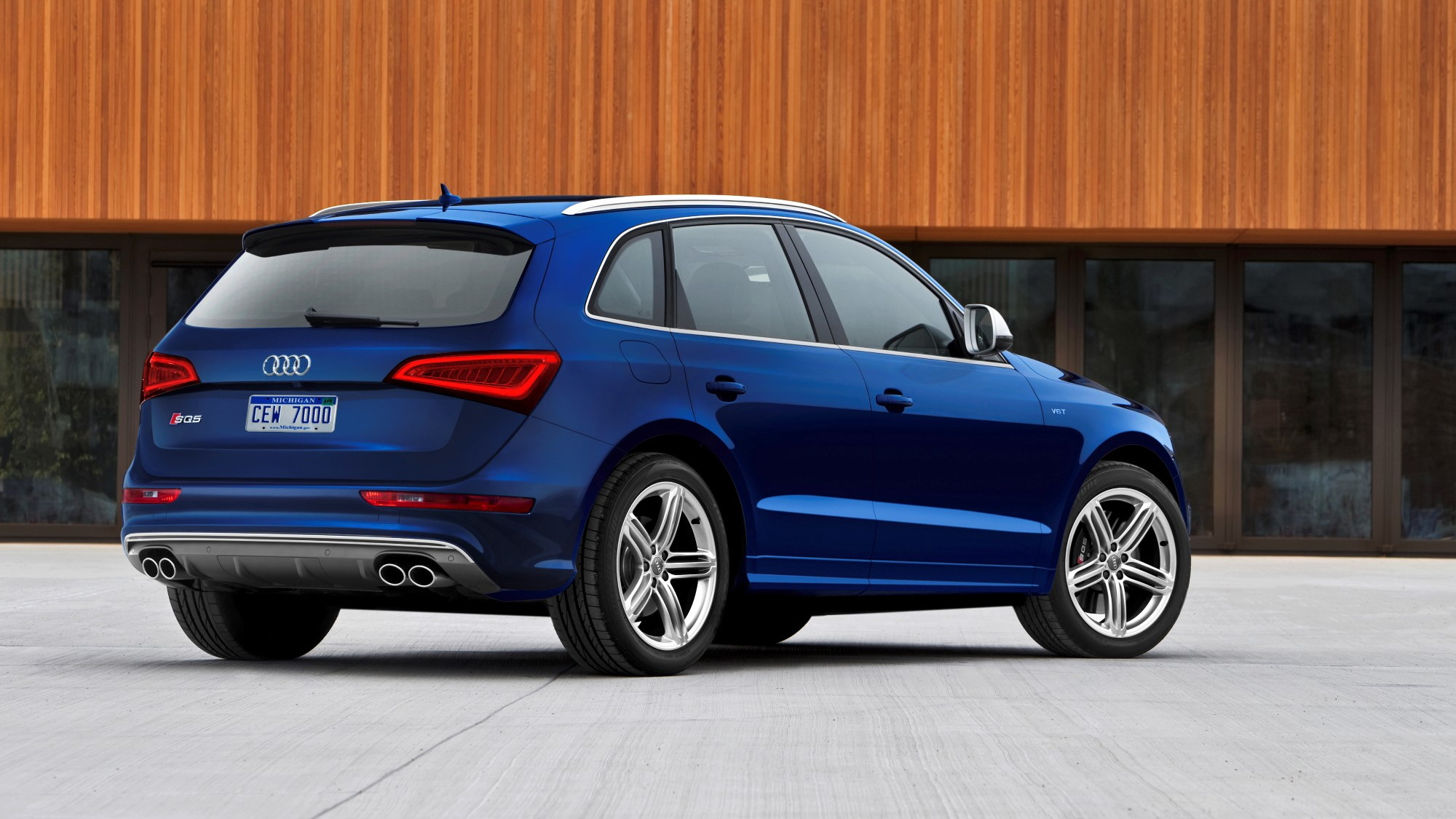 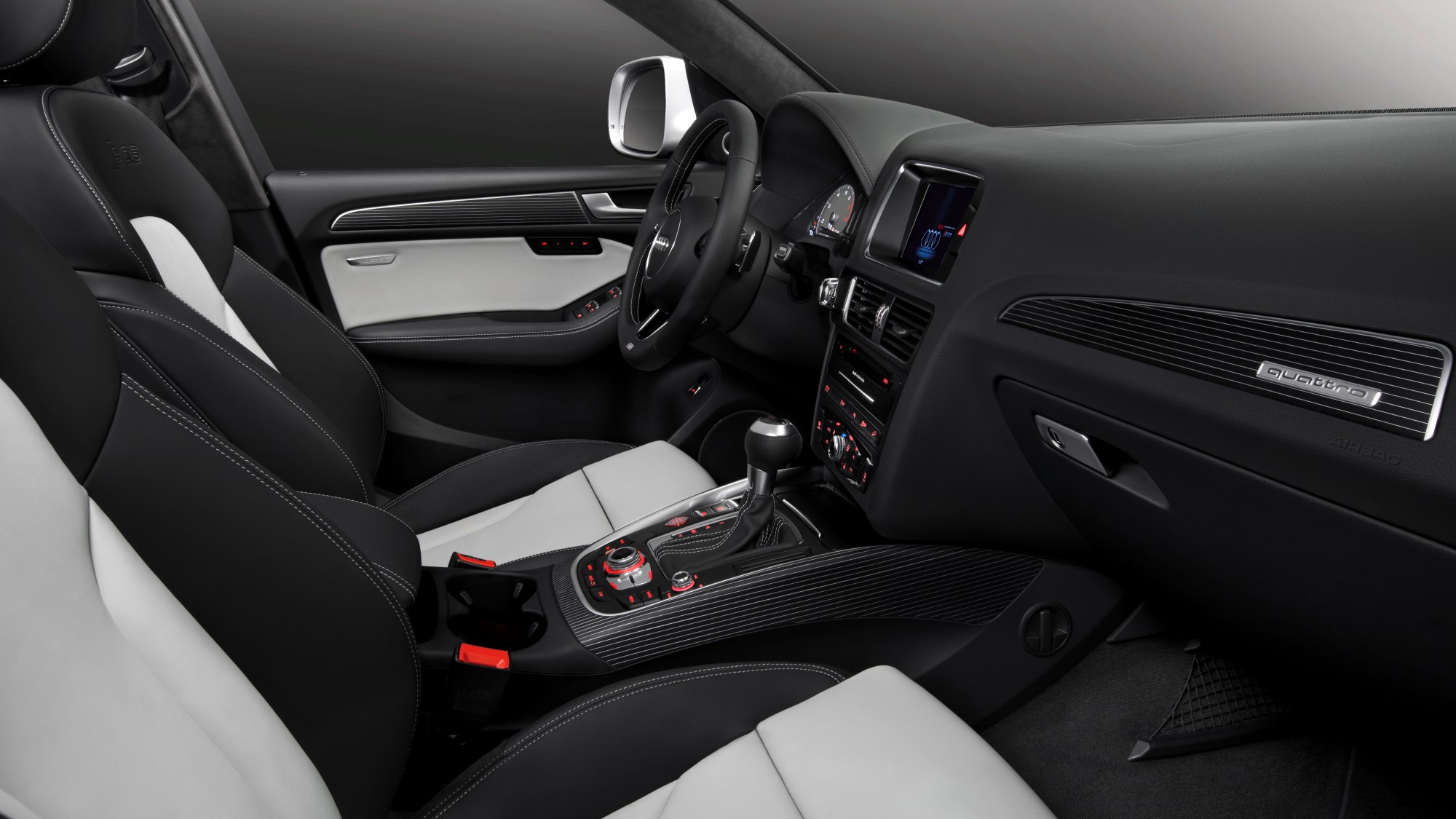 6
photos
Sport Utility Vehicles often lack in the sport--unless you count the ability to stick some surfboards on top and take an ice chest, the dog, and the kids along as "sport." Some, however, have found the truer meaning of the word, and it looks like the newest of them might just be the 2014 Audi SQ5, set to debut at the 2013 Detroit Auto Show next week.

How so? Let's start with the vitals: a 3.0-liter V-6 engine gets a supercharger and a 354-horsepower rating (or 348.66 hp if you convert the claimed kilowatts figure) complemented by 346 pound-feet of torque. All-wheel drive courtesy of the brand's quattro system and an eight-speed tiptronic paddle-shifted automatic send the power to the ground.

The result is 0-62 mph in 5.3 seconds (no, Audi hasn't graced us with American figures just yet), and an electronically limited top speed of 155 mph. Oh, and you might also be thinking "hey, the SQ5 name sounds familiar--wasn't there a diesel version of this that was Forbidden Fruit for us Americans last year?" Yep, there sure was. This is the American-approved, gasoline-chugging (21 US mpg) version.

But as everyone who's driven a potent SUV knows, you need some serious suspension to control the motion of that much ocean, even in a relatively right-sized example like the Q5-based SQ5. On that front, Audi has lowered the vehicle by 30 mm in comparison to its donor platform, stiffened the springs, and tightened the damping. The shoes are 20-inch 255/45s, with 21s available.

When this sporty bit of utility needs to come to a halt, there are brakes...of some sort. Audi hasn't really disclosed much in the way of detail other than to note they're covered in SQ5 badges--on the front axle.

Not that you'd expect great steering feel out of any SUV, but Audi's electromechanical system is in play here, offering an optional dynamic steering system with a steplessly variable ratio. If equipped, the dynamic steering is controlled by the Audi drive select system, which can also control other aspects of the car's responses, like ride and throttle response.

Now, if you're rolling around in this rather special variant of the Q5, you're going to want people to know you're not just taking the cookies to the bake sale--you're getting them there while they're still piping hot. Accordingly, the SQ5 offers some unique exterior details, including a platinum gray radiator grille, unique bumpers and a roof spoiler, aluminum-look exterior mirrors, and a choice of two "crystal-effect" paint colors: Estoril Blue and Panther Black.

Inside, the SQ5 carries on the vorsprung durch sportiness theme, with gray instrument dials, aluminum-look finishes on the shiter paddles and pedals, and a predominantly black interior color scheme. Nappa leather and Alcantara are standard, available in four different colors. Brushed aluminum trim can be replaced by Carbon Atlas, Piano finish, or layered aluminum and wood in Beaufort black.

Of course all of the Audi gear you'd expect on any new car is also available or standard, including LED daytime running lights, MMI navigation, Bluetooth phone support, and Internet connectivity.

So how long will you have to wait to get your mittens on the 2014 Audi SQ5? Long enough that you won't be needing your mittens any more: it's not due in the U.S. until the third quarter of 2013.