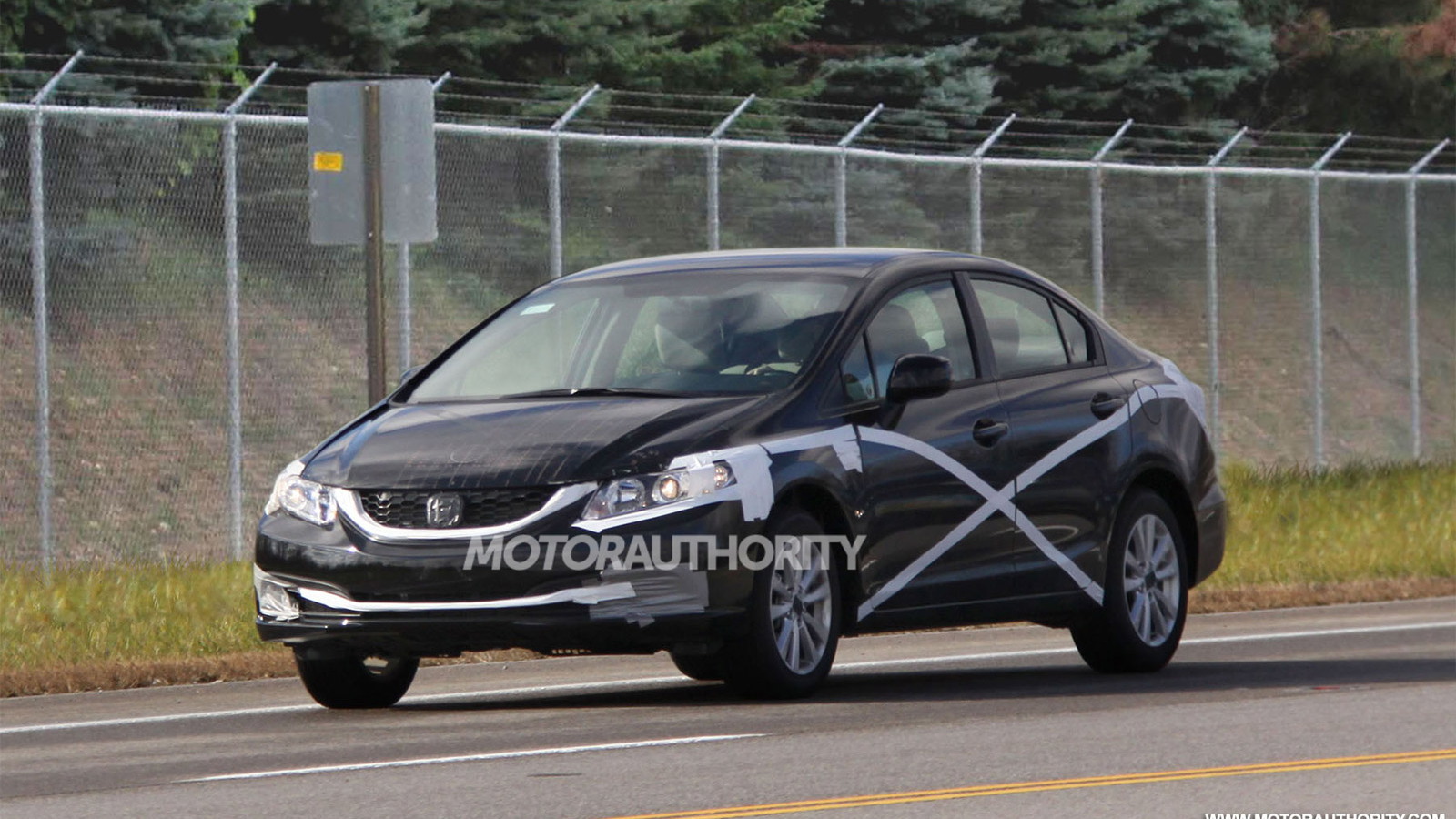 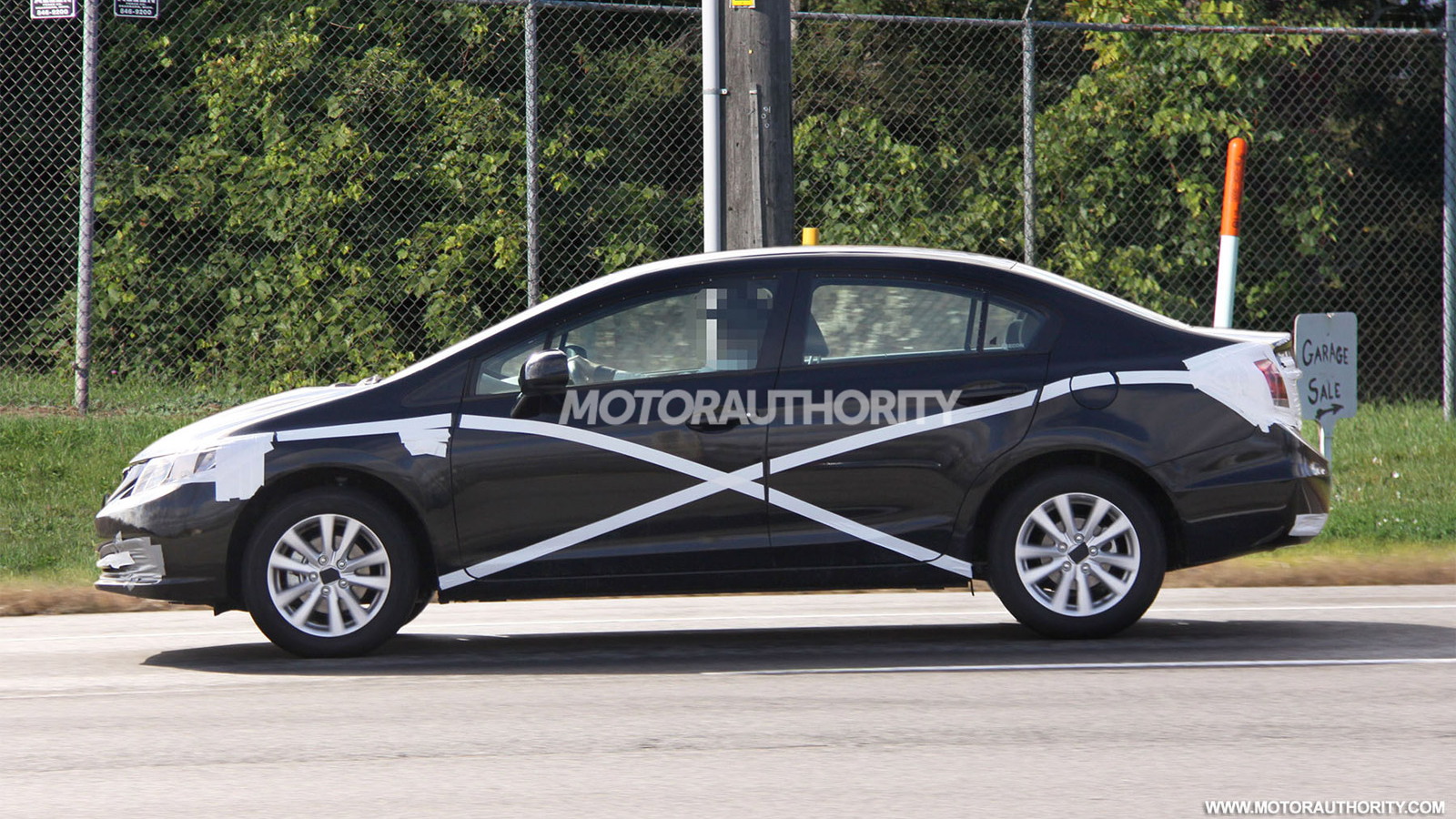 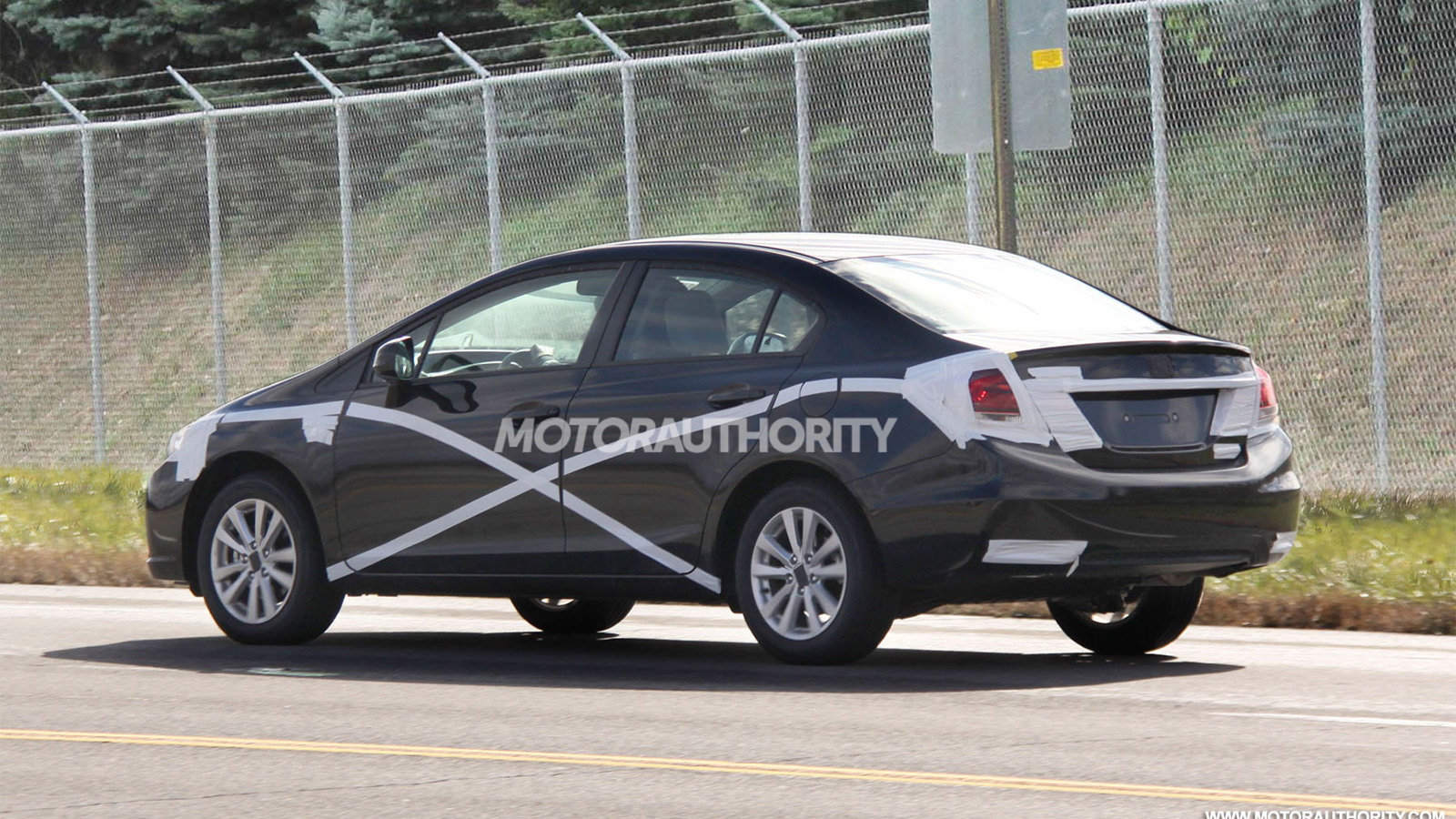 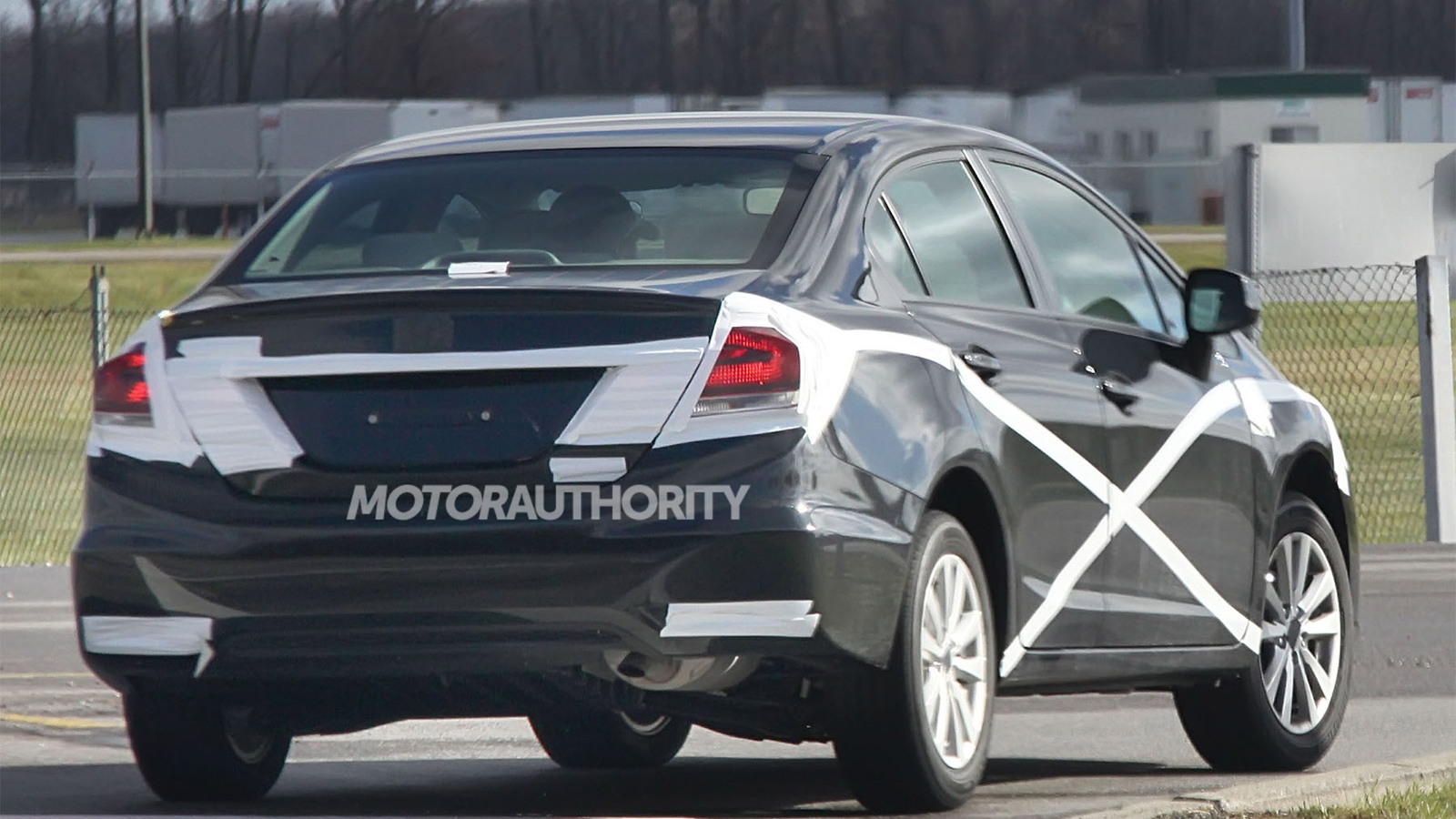 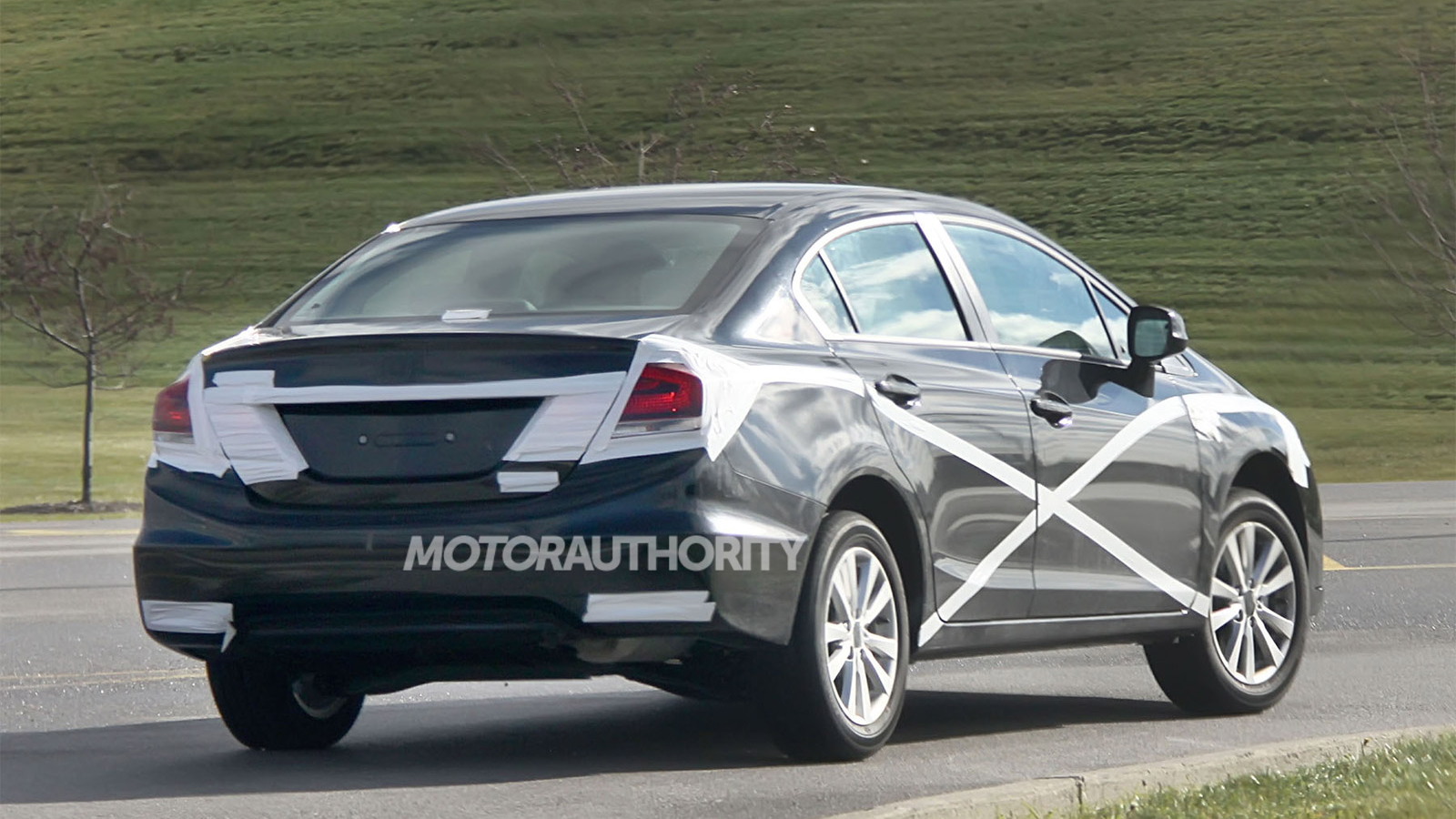 5
photos
You may be wondering why Honda is out testing a facelifted version of its Civic, when the car was all-new just a year ago. Well, the main reason is the drab reviews the car has received since its launch at the 2011 New York Auto Show.

With the likes of the new Chevrolet Cruze, Ford Focus, Hyundai Elantra and Mazda Mazda3 as its competition, the Civic’s mundane styling, lackluster interior and average performance falls short in most benchmarks.

This led Honda engineers to do a bit of soul searching, and now, just one year into production, they’re hard at work developing an improved version of the car, as evidenced by these latest spy shots of a prototype.

Up front looks to be a more premium design, featuring new chrome strips similar to what we’ve seen on the latest Accord and CR-V. There also appear to be some tweaks to the bumpers, while masking on the lights suggests these will be revised as well.

The interior should also be revamped, though we’ll have to wait until the car’s debut to determine what’s been changed. Hopefully there’ll be more power under the hood as well--the most potent model in the Civic lineup is the Si, whose 2.4-liter four-cylinder develops just 201 horsepower.

The improved Honda Civic is expected to debut at the 2012 Los Angeles Auto Show later this month before going on sale early next year as a 2013 model.

While you wait for its debut, be sure to check out the in-depth look at the Honda Civic range over at our sister site The Car Connection.