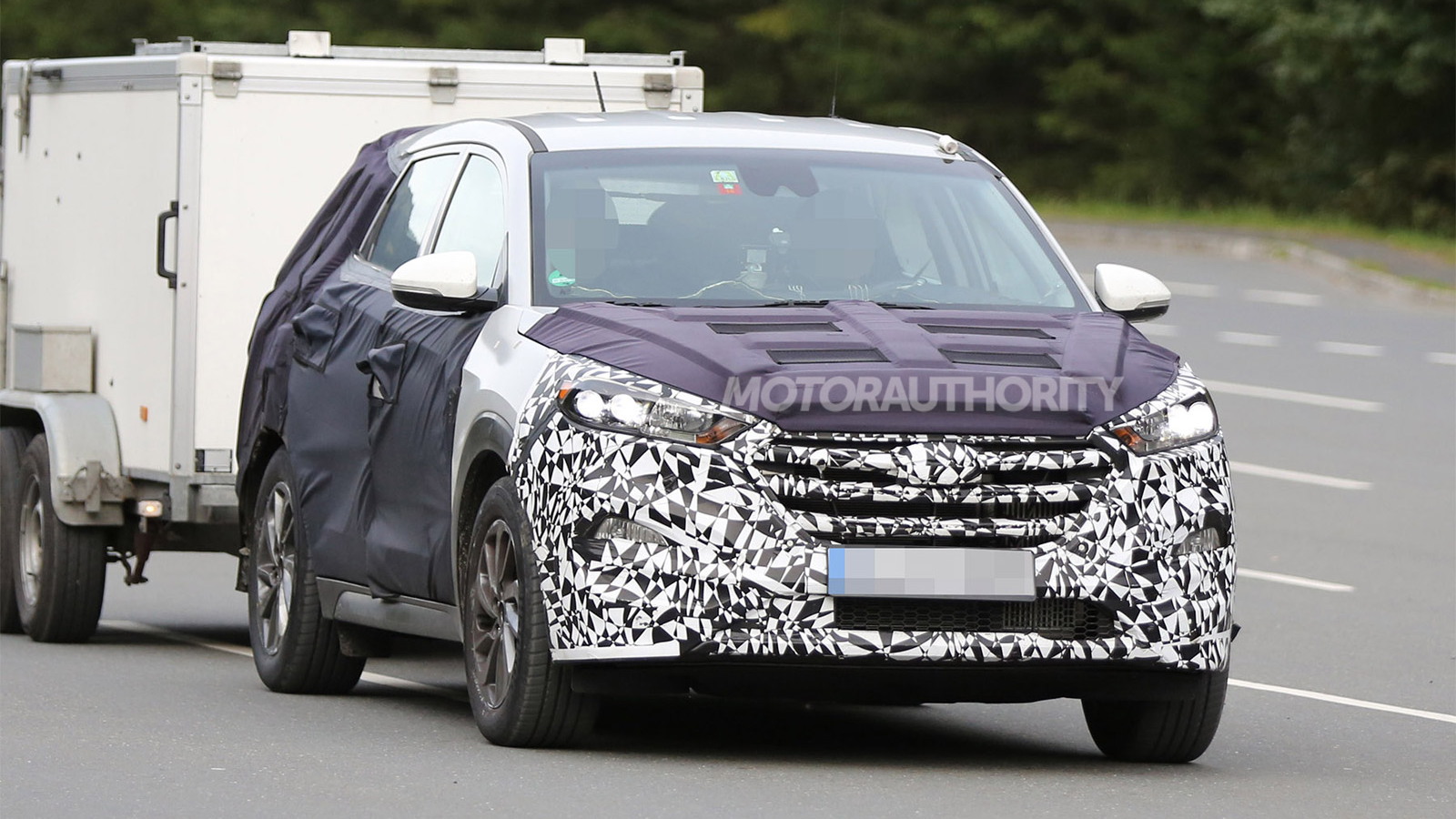 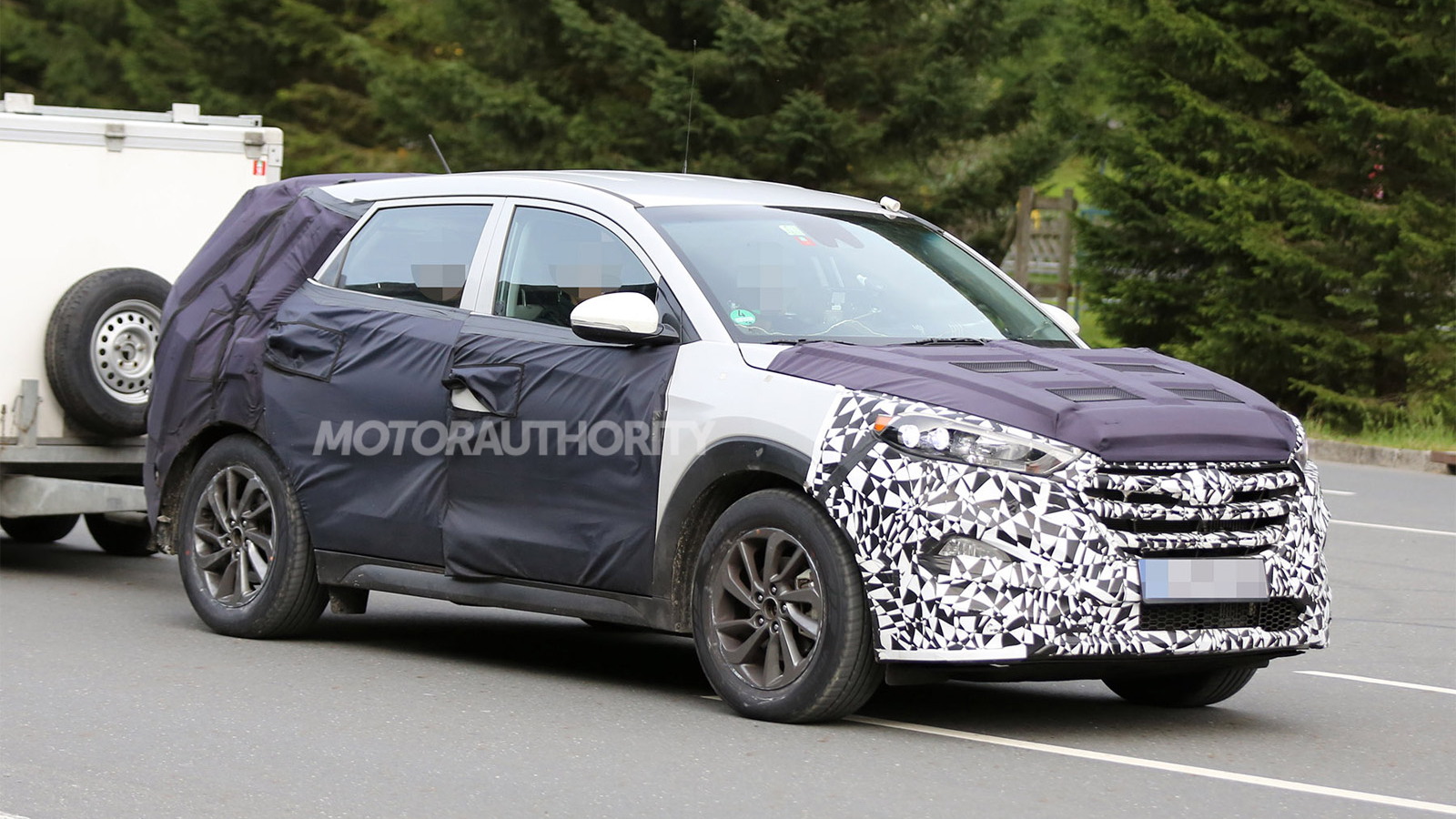 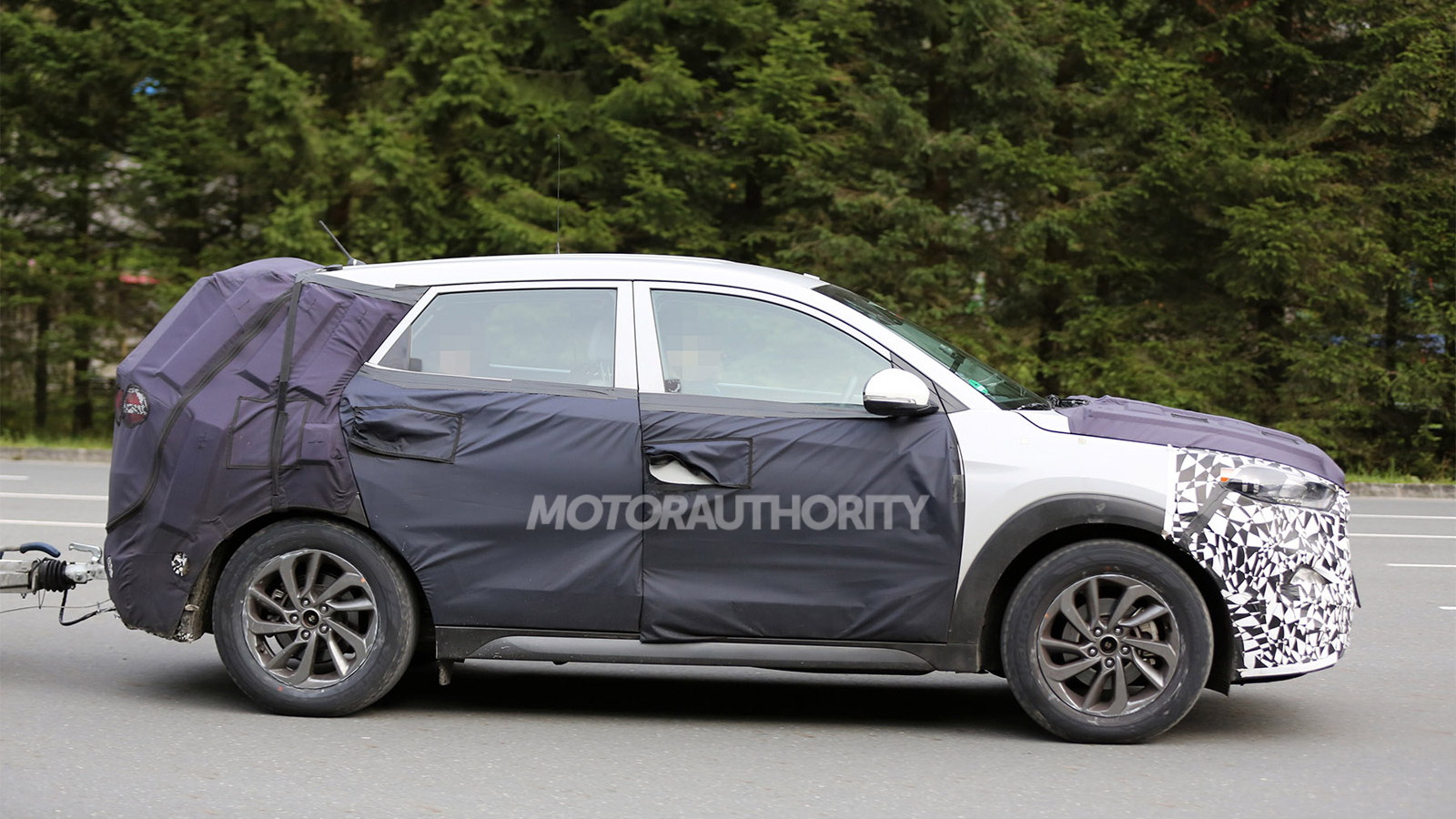 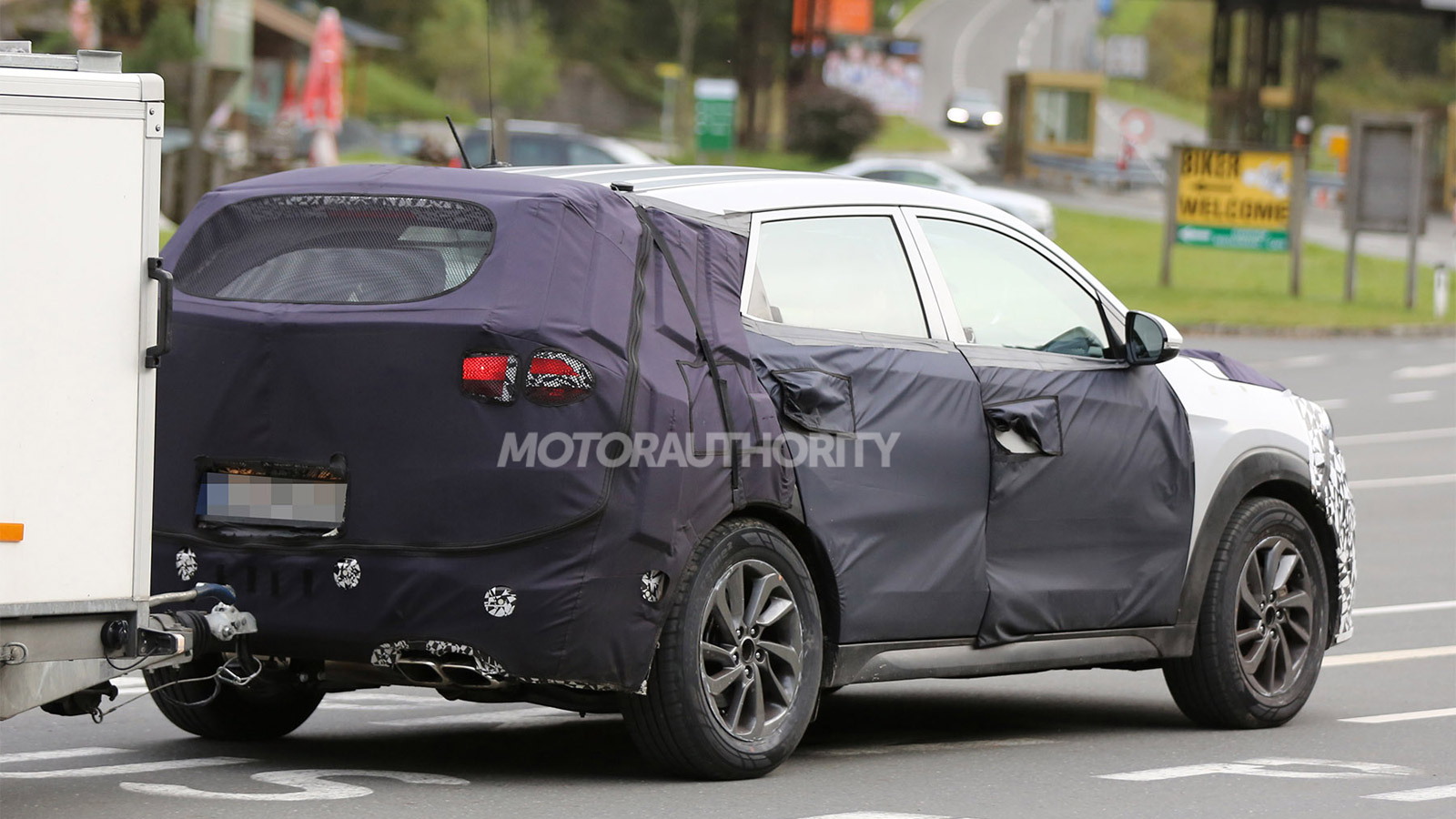 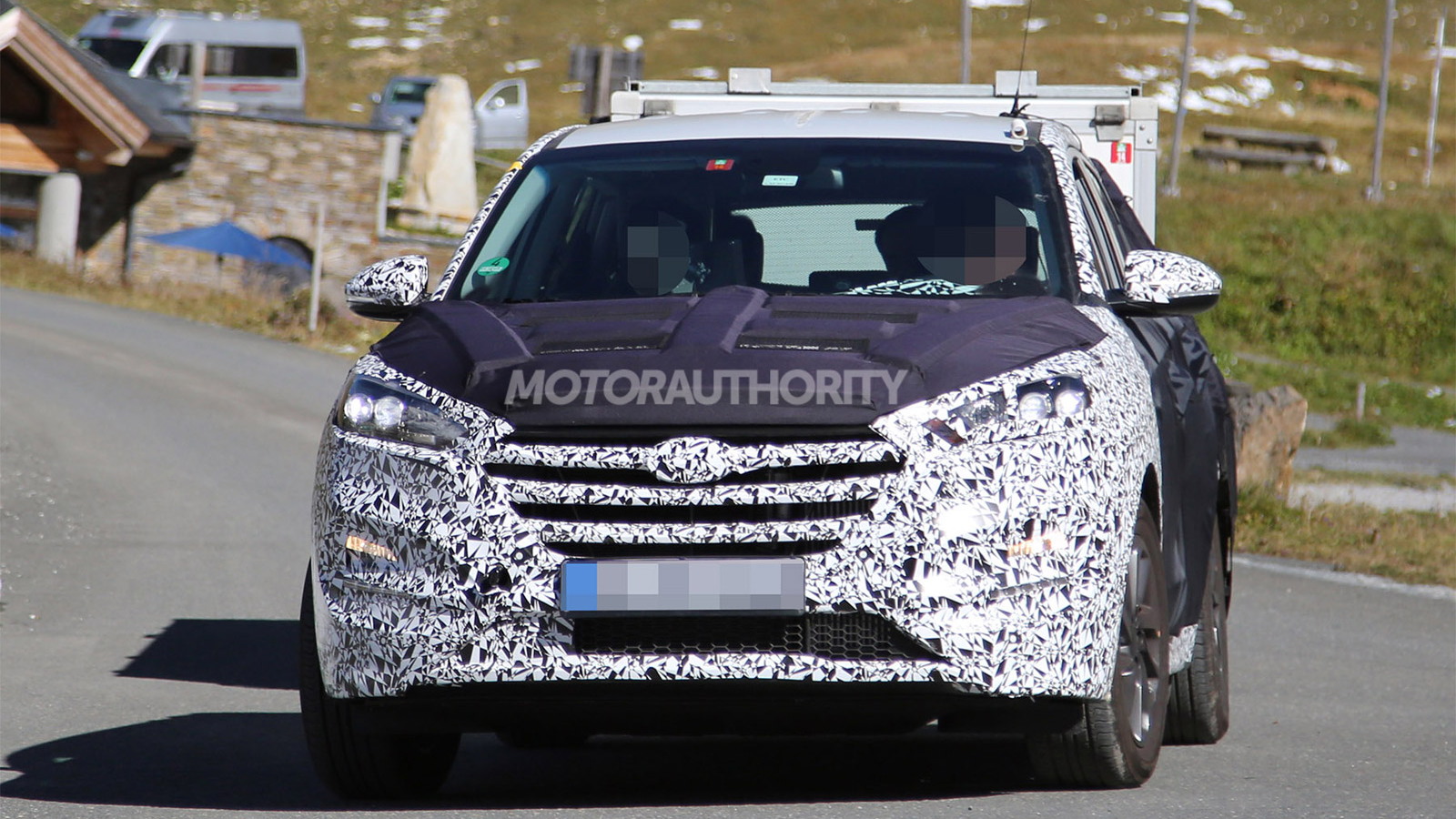 42
photos
The original Hyundai Tucson bowed in 2005 and was followed by the current model in 2010. Now a prototype for the third-generation Tucson, an ix35 for our European readers, has been spotted.

Though heavily camouflaged, we can see that the styling of the new Tucson has been inspired by the look of Hyundai's latest Santa Fe. A multi-slatted grille sits up front and has likely been joined by clean surfaces for the body and LED elements for the lights.

The current model’s engine lineup, which includes 2.0- and 2.4-liter naturally aspirated units, should carry over with minor improvements. Note, Hyundai has just added a fuel cell option for the current Tucson’s 2015 model year, but it’s not clear if the next-generation Tucson will have this option too. You can read a drive report on the fuel cell-powered Tucson at our sister site Green Car Reports.

The third-generation Tucson is expected to go on sale sometime next year, as a 2016 model. A debut could take place at the 2014 Los Angeles Auto Show in November, the same event where the current Tucson made its debut five years ago.