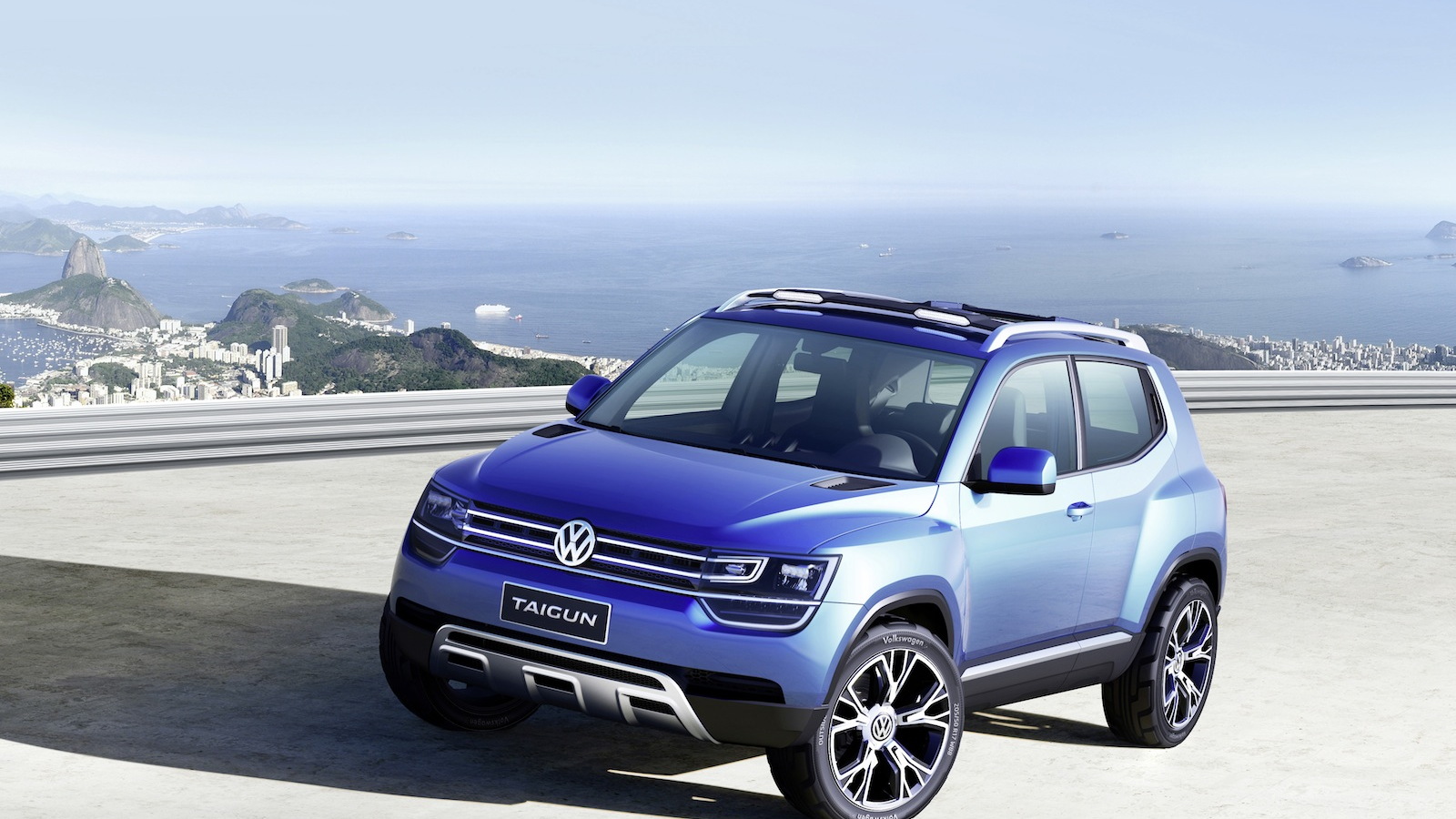 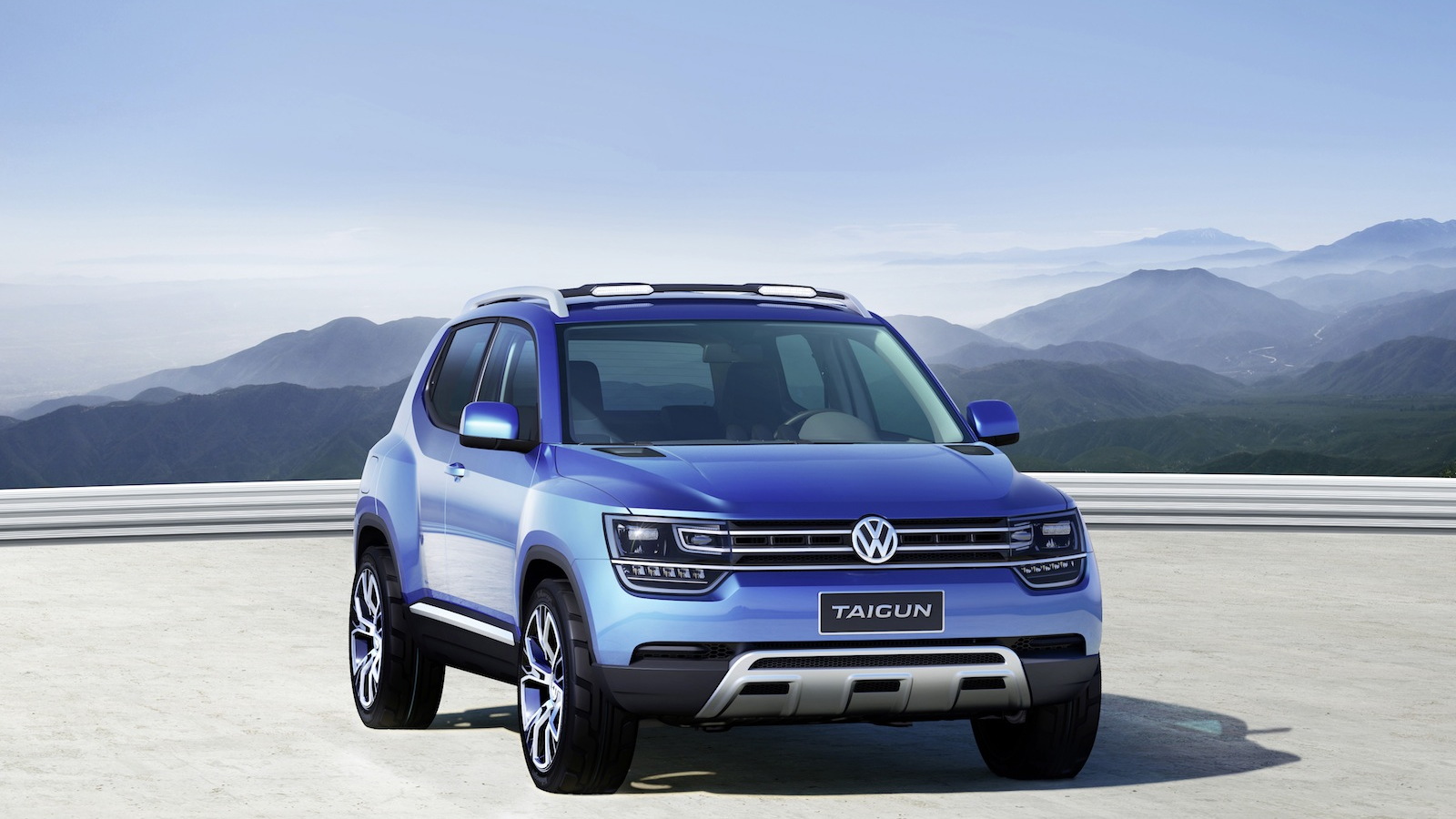 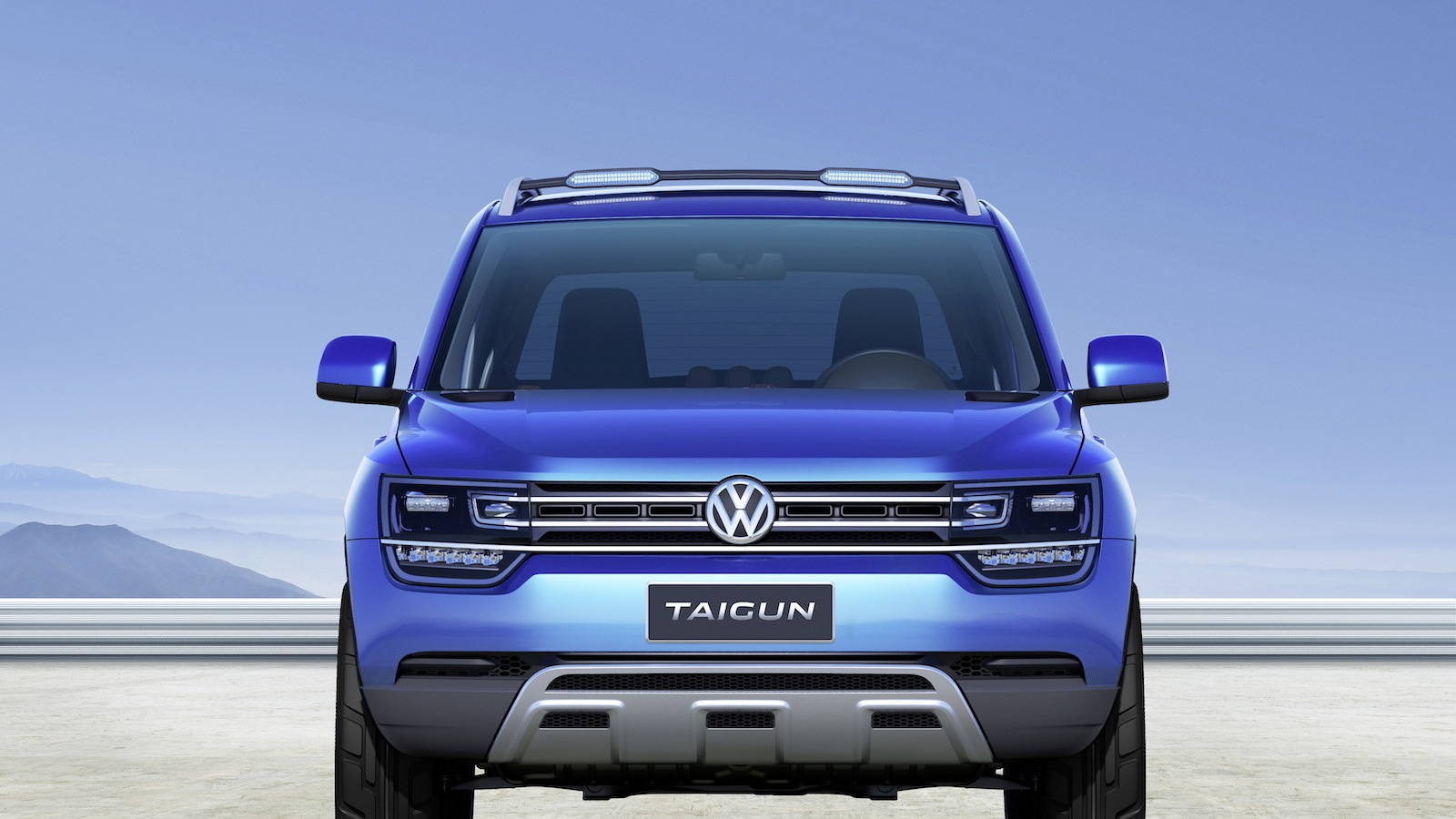 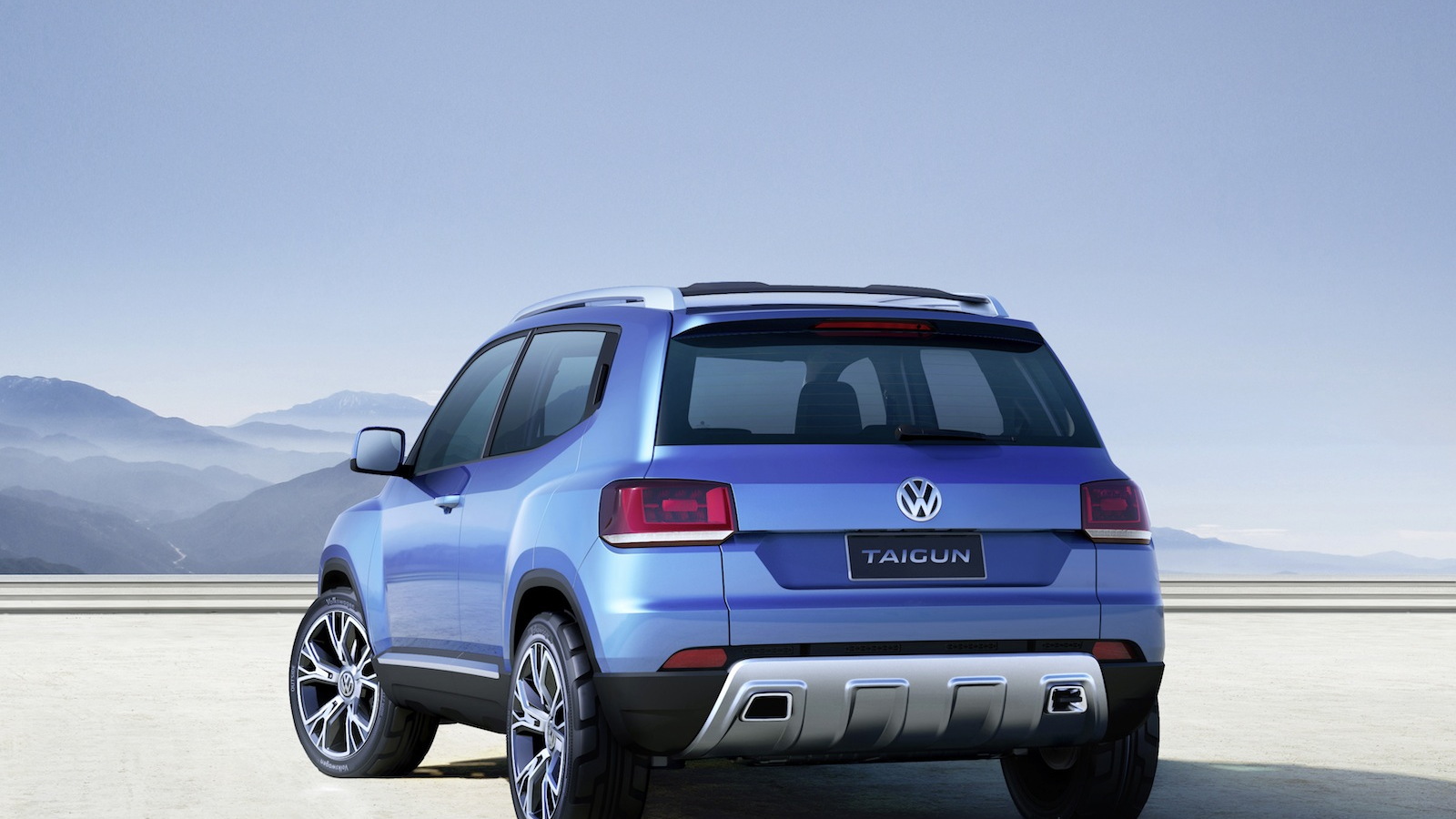 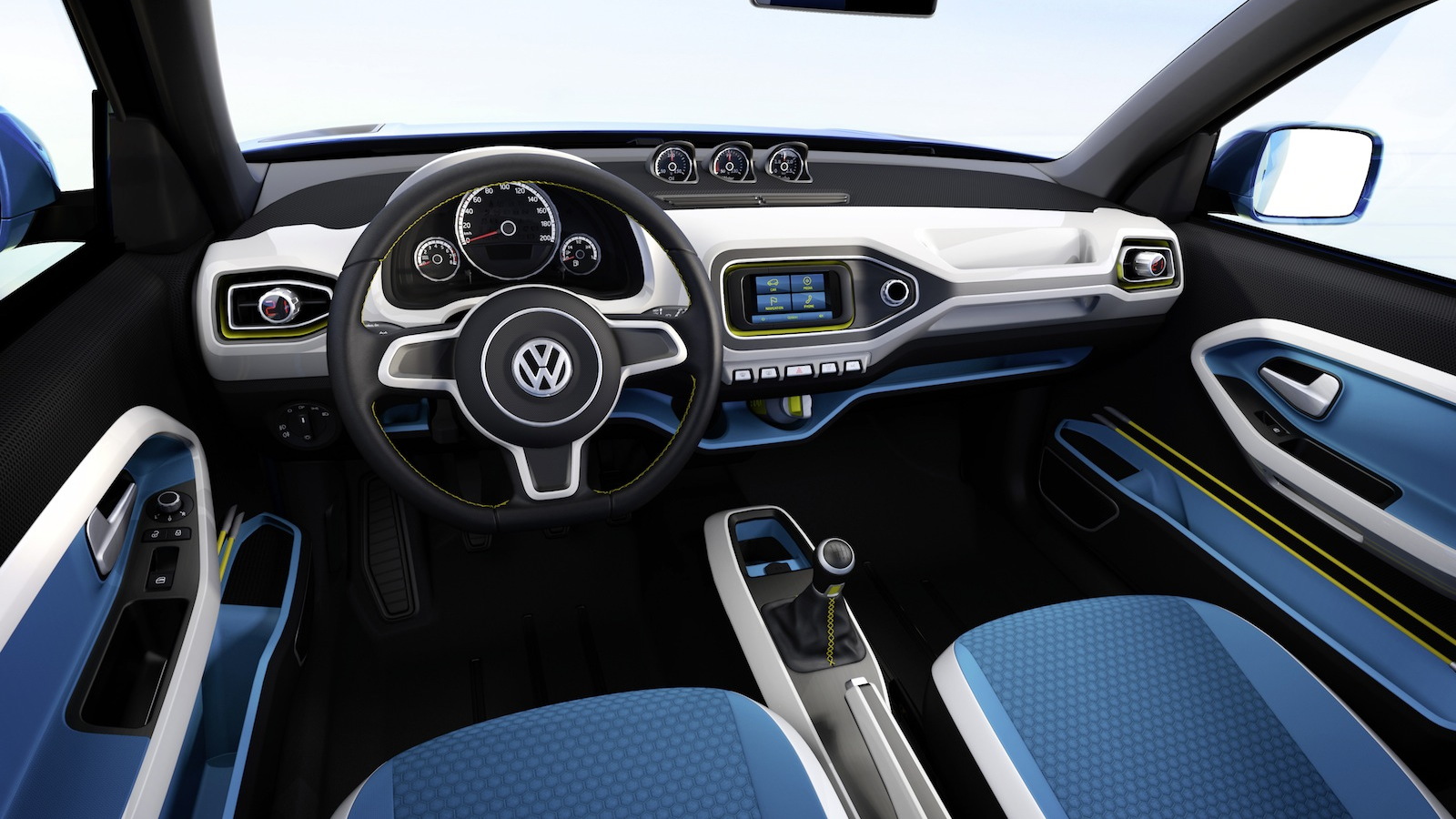 7
photos
The Sao Paulo Auto Show may not rank among the highest-profile events in the automotive world, but that’s not to say it’s insignificant. In fact, Nissan chose Sao Paulo to show it’s Extrem Sports Concept, and Volkswagen will use the Brazilian show to reveal it’s latest crossover concept, the Taigun.

Though only a concept at the moment, the Taigun, if built, would be part of Volkswagen’s New Small Family, slotting in below the Tiguan in its crossover lineup. It carries a striking resemblance to its bigger brother, thanks to design cues like short overhangs and a rounded box-on-box design.

Power for the Taigun concept comes from a newly-developed 1.0-liter TSI turbocharged three-cylinder engine, rated at 108 horsepower and 129 pound feet of torque. Thanks to a modest weight of just 2,167 pounds, acceleration is still reasonable, with VW claiming a 0-62 mph time of 9.2 seconds.

As you’d expect, the baby crossover delivers some impressive fuel economy numbers. VW is claiming fuel consumption of 4.5 liter per 100 km, which works out to be nearly 52.3 mpg. While those aren’t official numbers, they’re still impressive for a gasoline-fueled crossover.

Volkswagen calls the lines of the Seaside Blue concept “independent, confident, logical and clean,” with “rugged side trim panels” and an off-road inspired design. An increased ride height, as well as simulated skid plates front and rear, give the Taigun character, but it sounds as if power is sent to the front wheels only. In other words, you won’t be going very far off-road.

Inside, Volkswagen uses space optimization to make the Taigun feel bigger than it actually is. The short overhangs help here, as does the relatively tall roof, and Volkswagen has designed the concept with lots of interior storage room for gear and accessories.

Consumer reaction will likely determine fate of the Taigun, but what's right for Brazil (and Europe) isn't necessarily right for the United States. If it does get built, we'd call the diminutive crossover a long shot for U.S. sales.