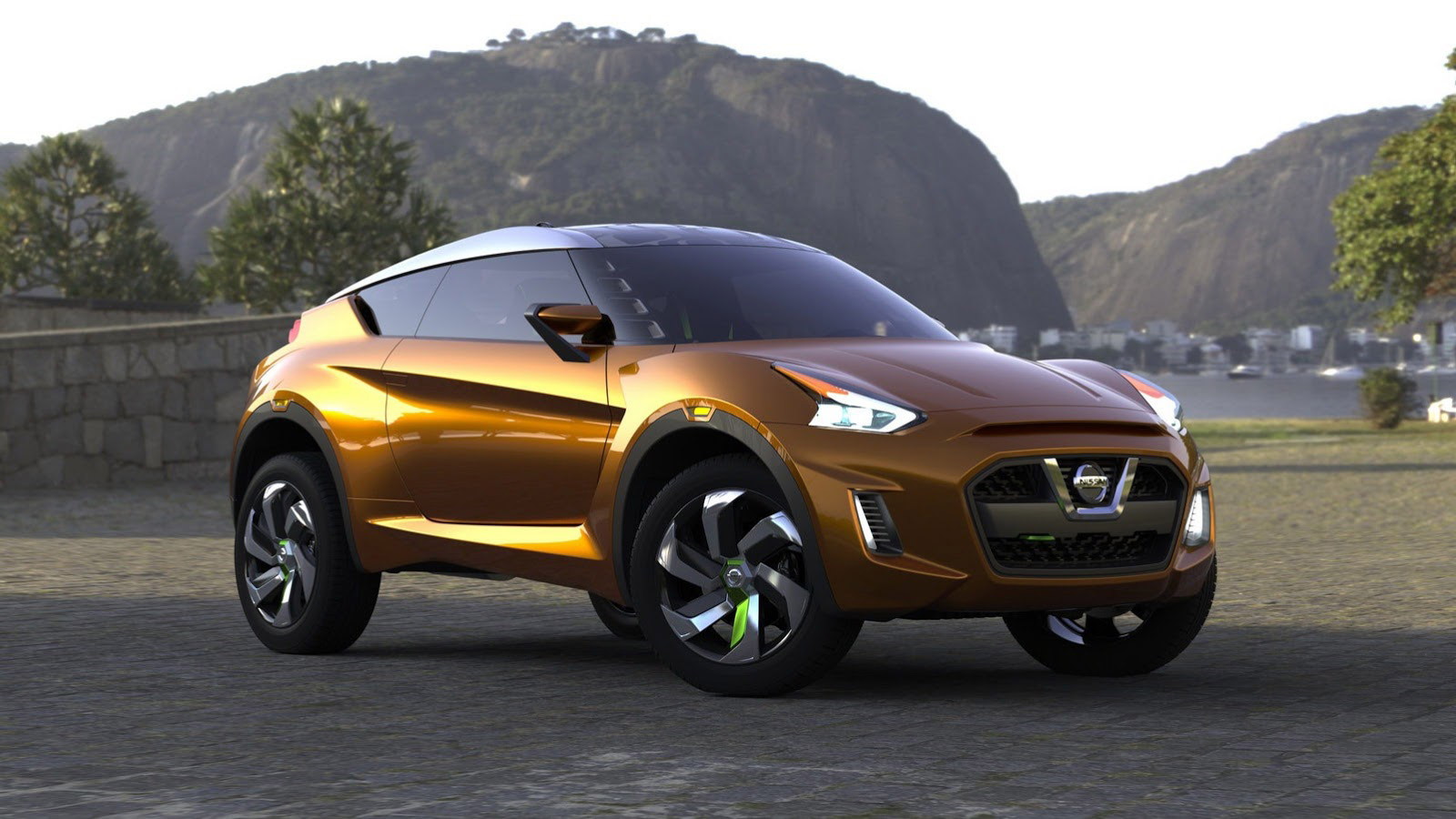 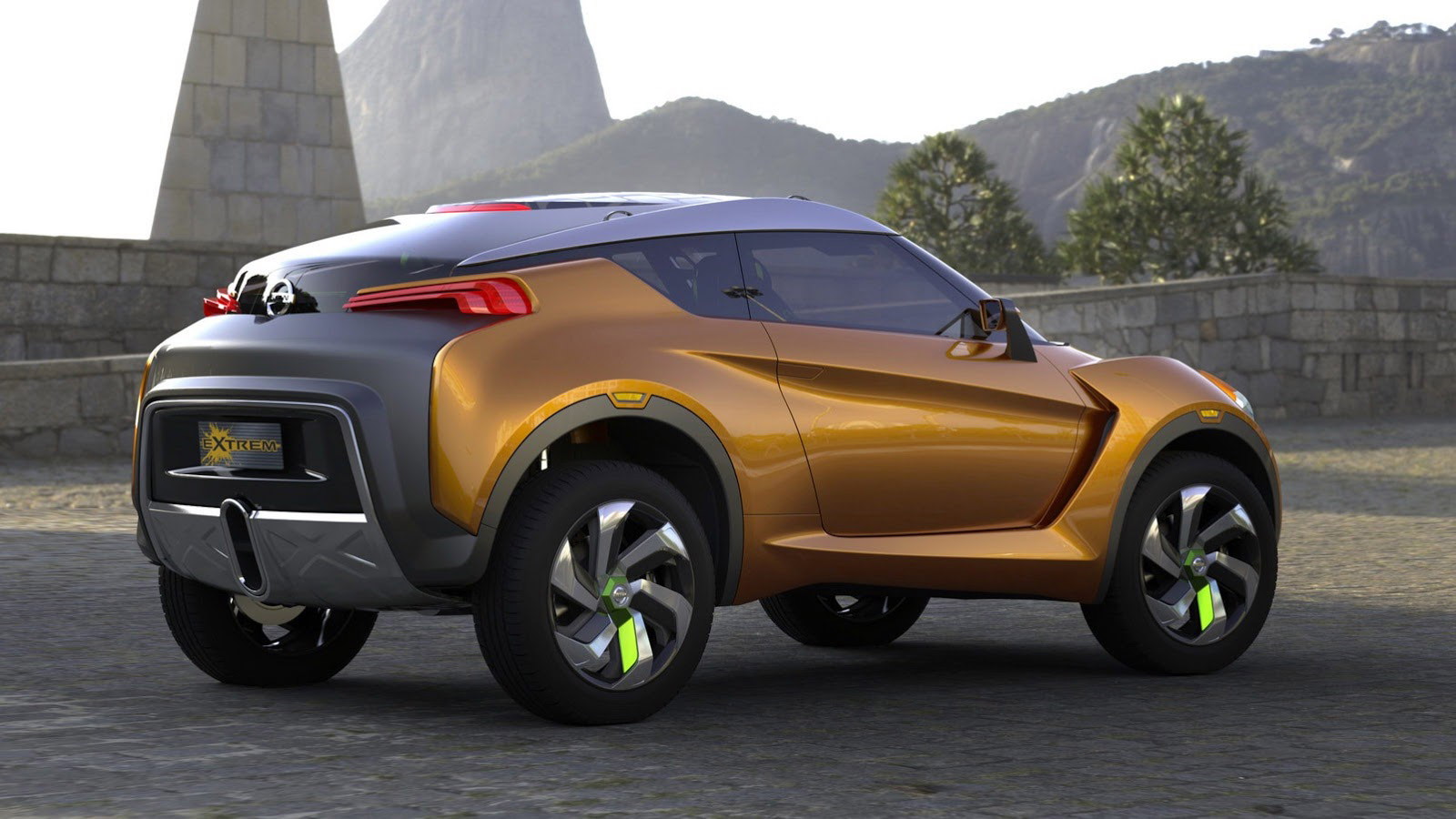 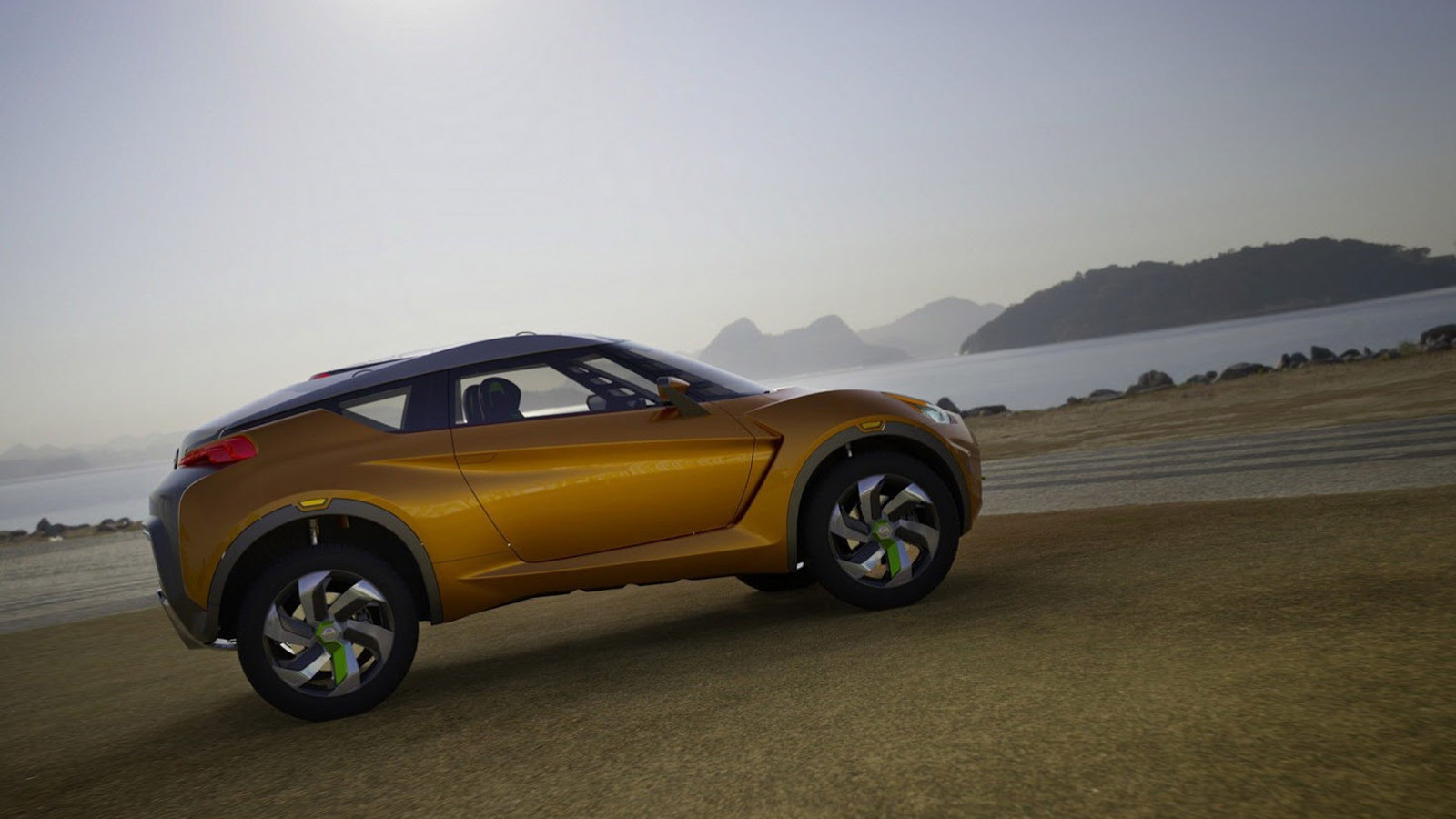 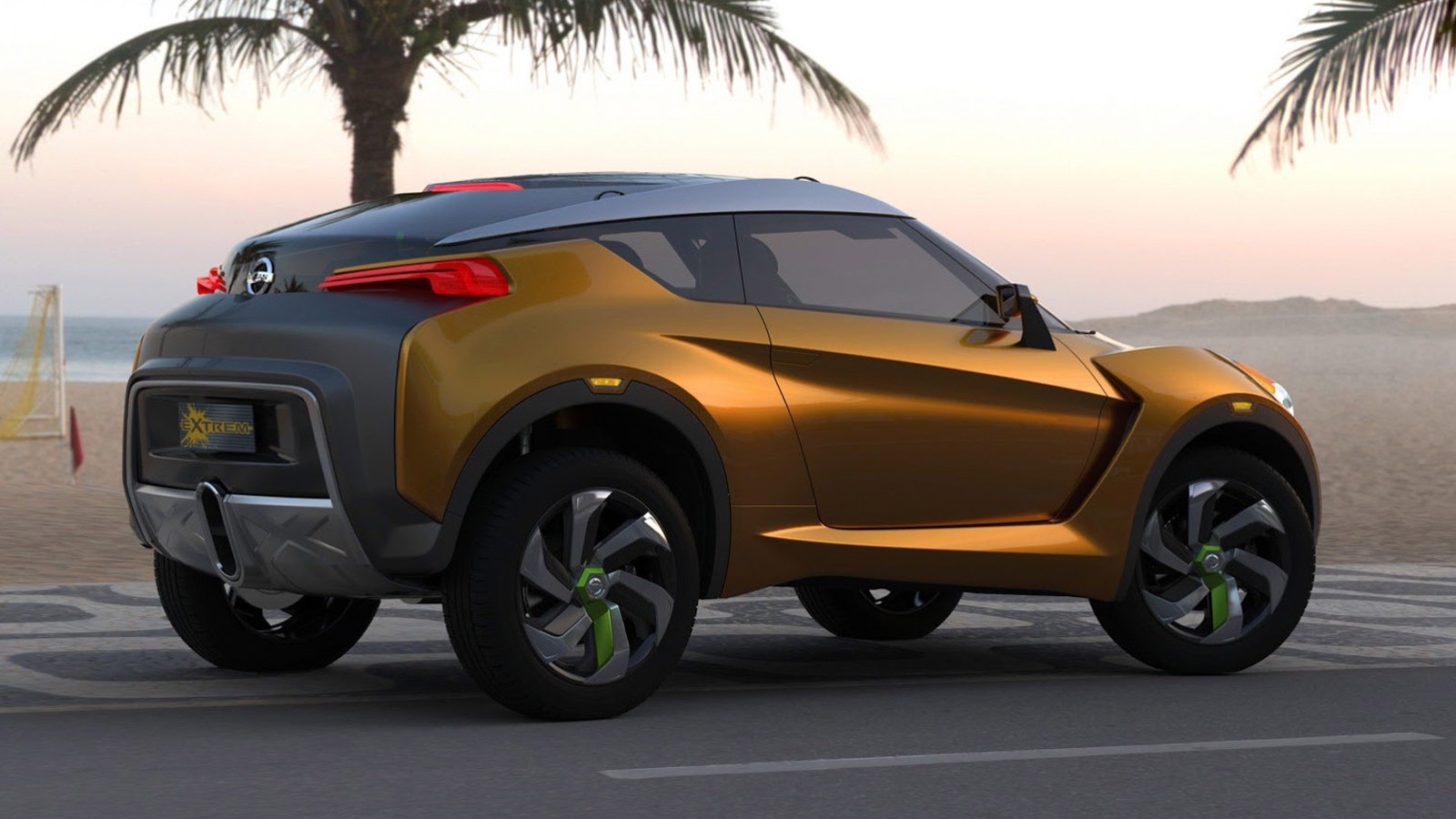 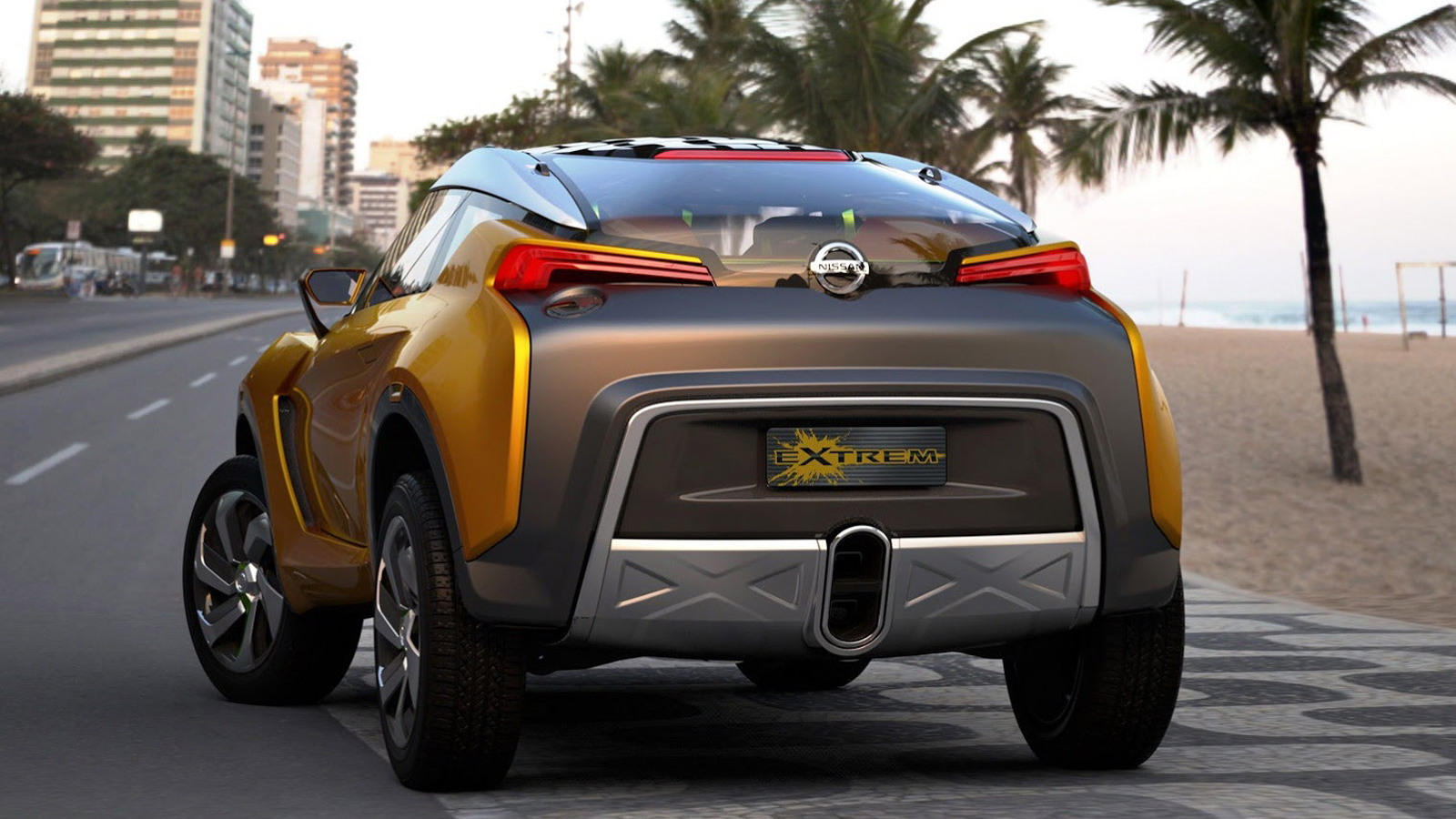 6
photos
Nissan has revealed a new sports concept it plans to unveil later this week at the 2012 Sao Paulo Auto Show. The concept, which combines elements from a sports car with those of a crossover, is called the Extrem and was designed by a team at Nissan Design America in San Diego, California.

The Extrem’s designers describe the vehicle as an “urban rally car” aimed at young couples that spend most of their time in the city, though occasionally like to head for the outdoors. The lower half of the body and raised ground clearance is said to express the vehicle’s strength and soft-road ability, while the sharply sloping roof line suggests its sporting intention.

The combination of elements such as the wraparound glass, floating roof rails and detached C pillars enhance the feeling of an open, airy cabin. The rest of the concept features current Nissan design trends such as a raked windshield, angular headlights and vertical daytime running lights.

The exterior is also painted in a new color for Nissan, Solar Cortex, which is described as a deep metallic orange with radiant highlights. Other new elements include the contrasting matte finish of the roof and bright colors on the 19-inch alloy wheels.

Underpinning the Extrem is Nissan’s V-platform, currently found in the Nissan March sub-compact sold overseas. It features a 2+2 cabin and a two-tier storage area at its rear.

If built, Nissan says the Extrem would be powered by the automaker’s turbocharged and direct-injected 1.6-liter four-cylinder engine, which is based on the unit in the Juke crossover as well as the one in the DeltaWing race car. The V-platform of the Extrem is flexible enough to spawn front-wheel and all-wheel drive configurations.

Nissan hasn’t said anything about production, though compact crossovers are certainly gaining in popularity around the world. And the last we heard, Nissan’s rumored sports model to slot in below the 370Z may end up being a new front-wheel drive hatch, so we wouldn't at all be surprised if we saw something like the Extrem in production one day.