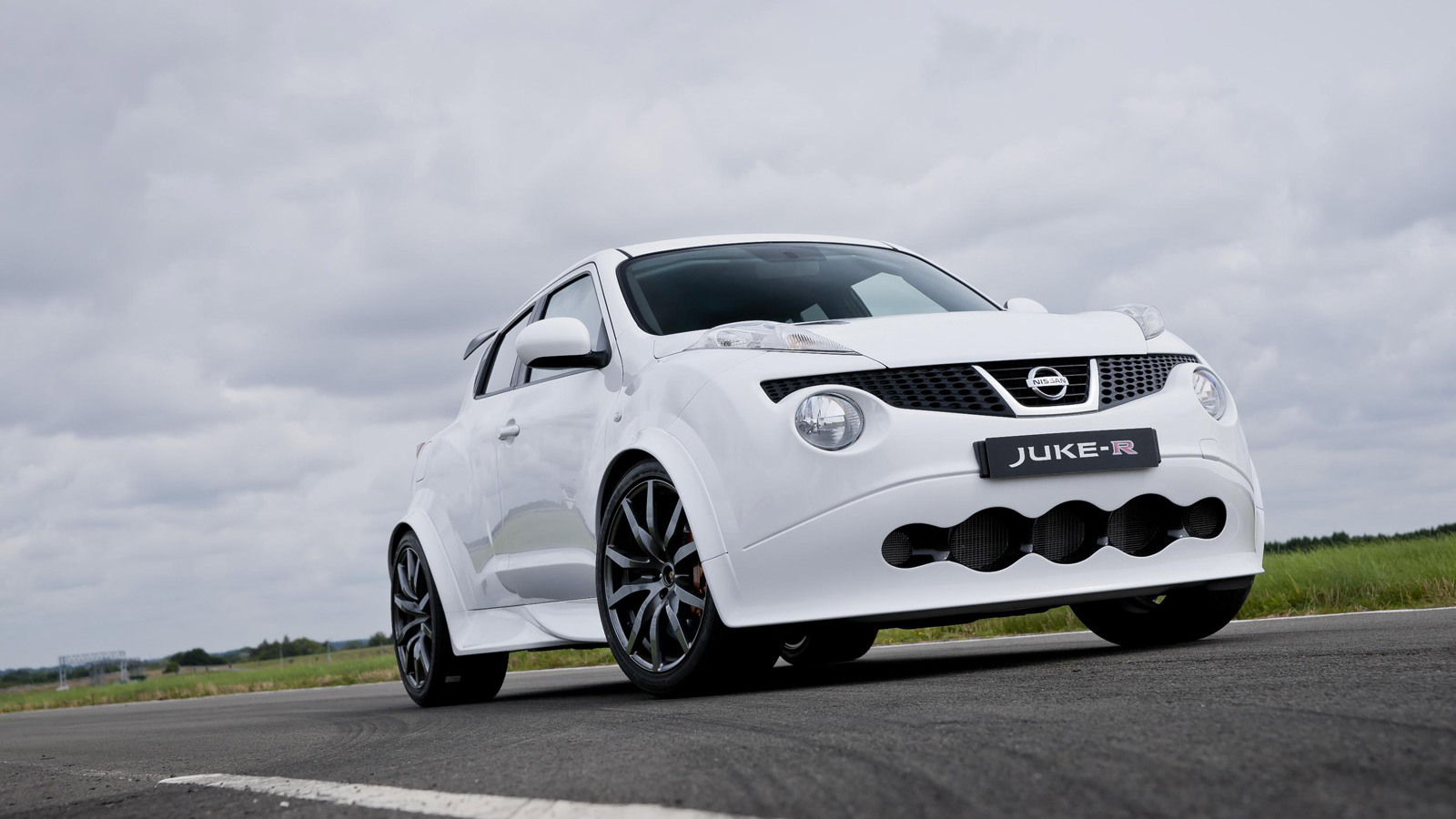 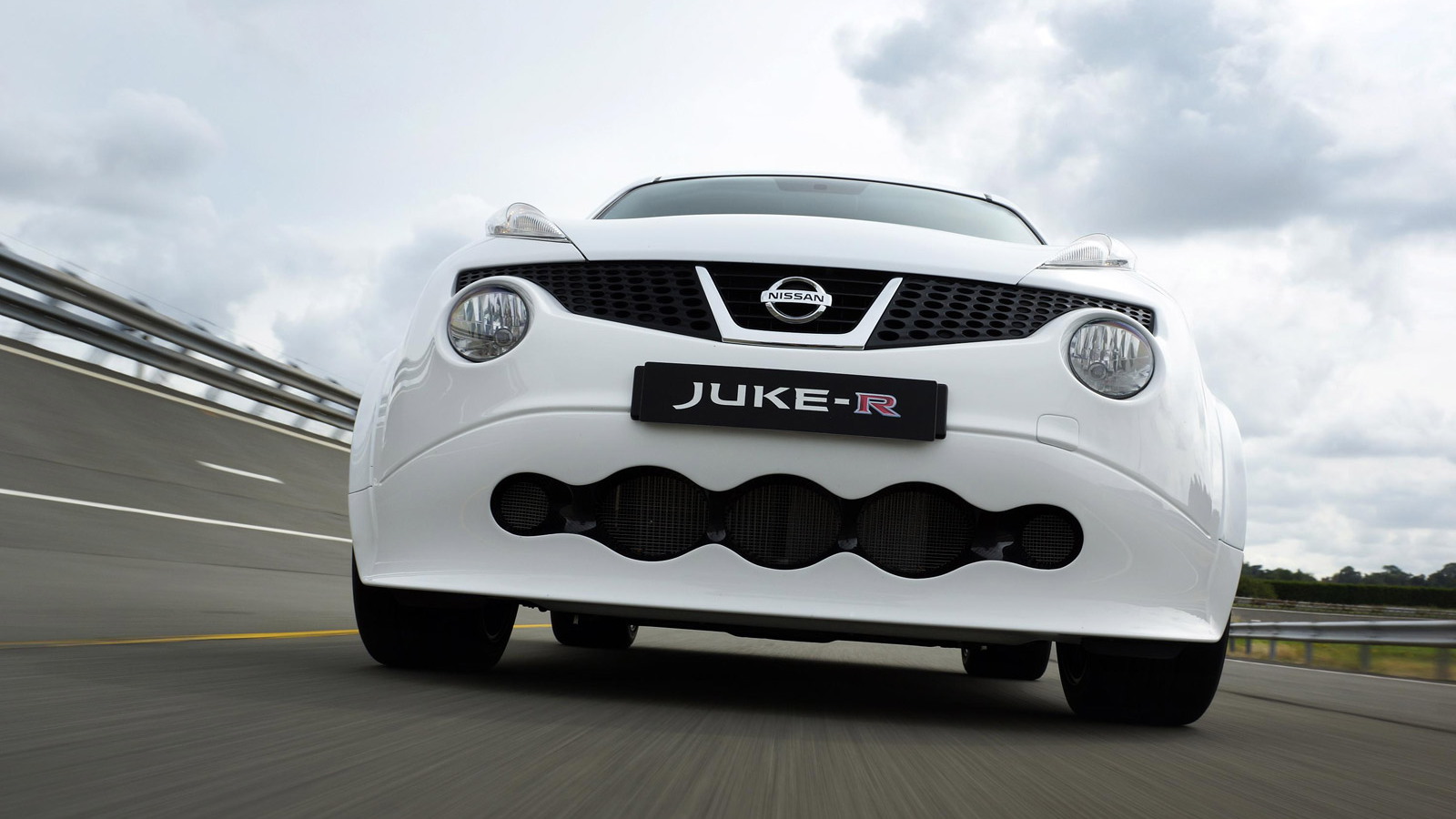 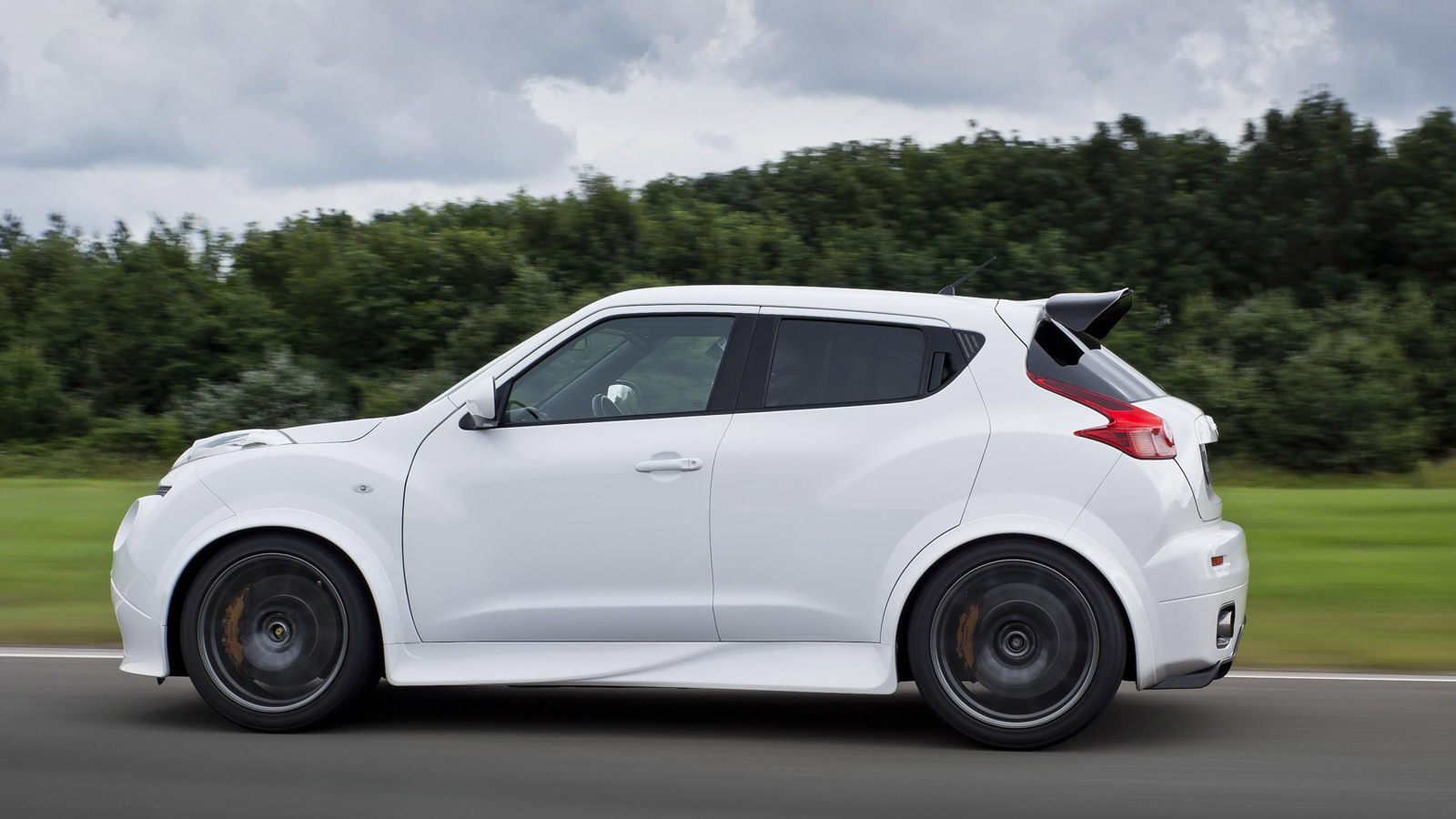 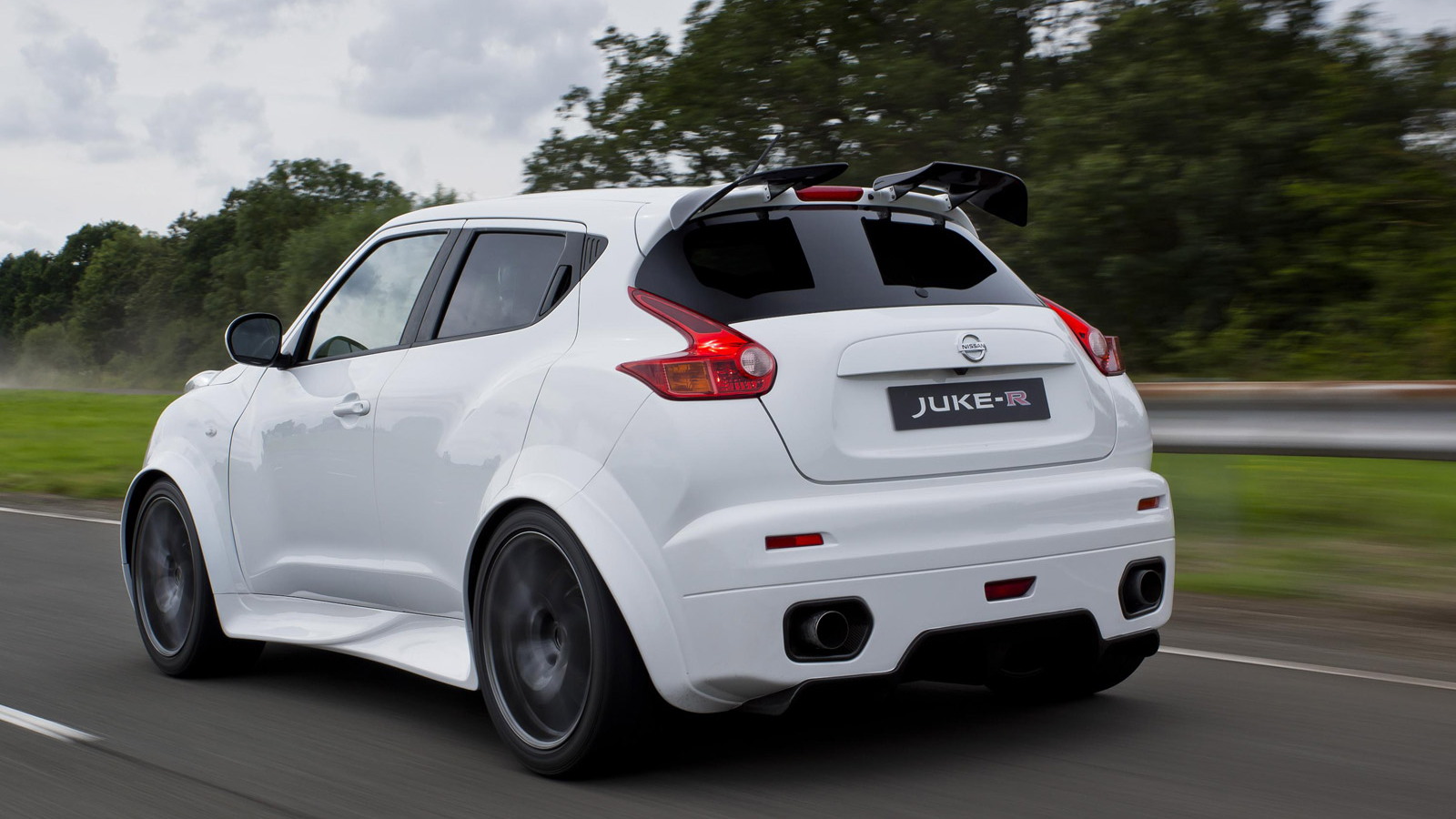 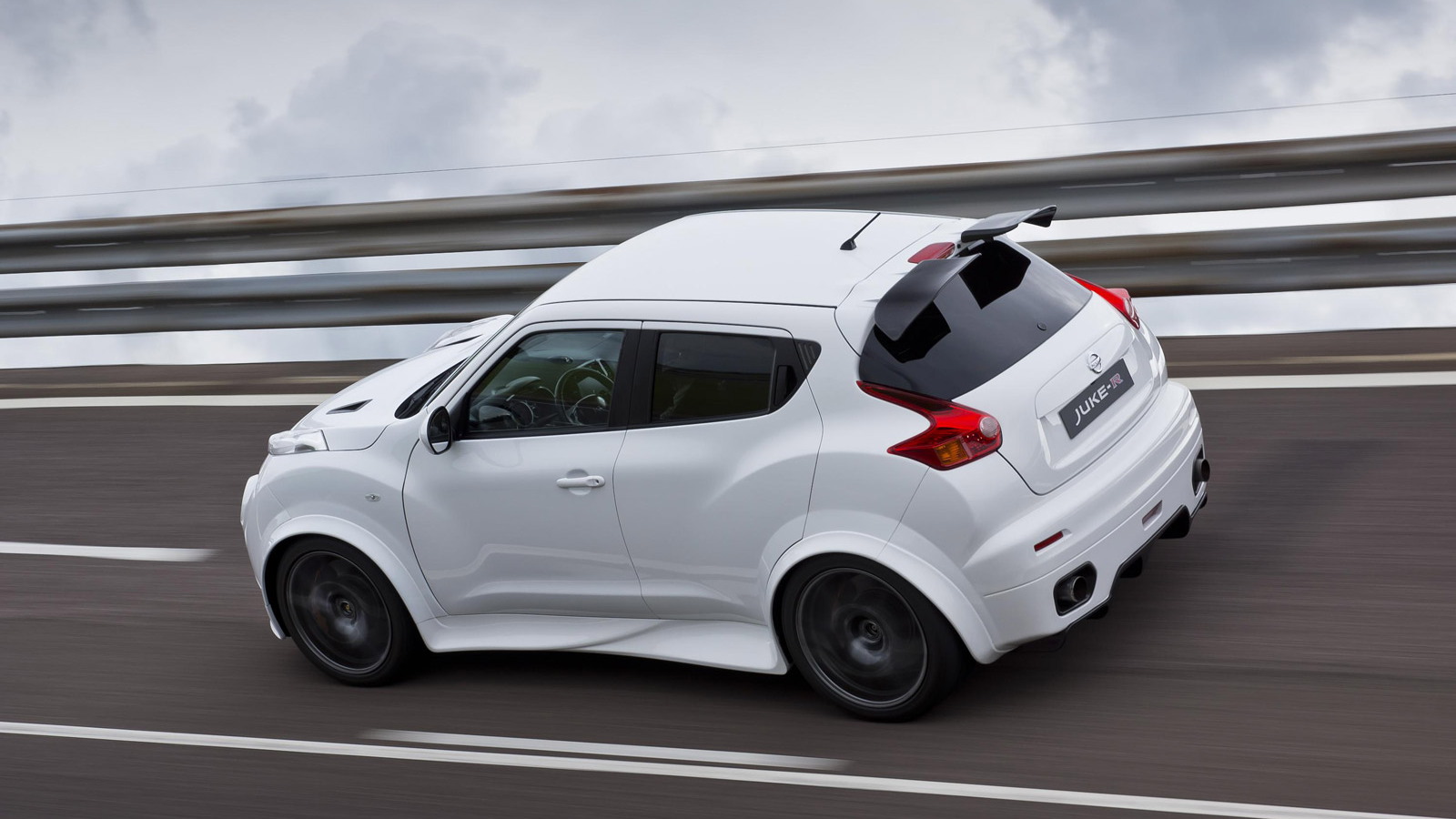 First unveiled as a concept in late 2011, Nissan’s all-out-insane Juke-R crossover has since gone on to tour much of the world, causing much excitement, particularly in the Middle East, where at least three people were willing to pay the astronomical asking price of $600k to see the car become a production reality.

Nissan has now revealed the first production Juke-R, which is finished in white and features a plaque bearing “Juke-R #001” on its dash. The car will be delivered to its owner in Dubai, the same location where at least one other Juke-R will be delivered.

With the modified underpinnings of the Nissan GT-R supercar fitted under a muscular, re-sculpted Juke crossover bodyshell, the Juke-R is like nothing else on the planet. Soon after the appearance of the concept version at a race held in Dubai last January, the initial orders were made and work could start on transforming the concept into a road car.

Built by British motorsports outfit RML with advice from Nissan Technical Center Europe (NTC-E), the Juke-R uses the GT-R's sophisticated all-wheel drive system and suspension along with an FIA-specification roll-cage. Peak output is rated at 545 horsepower, which is enough to send the vehicle from 0-60 mph in just 3.0 seconds and see it reach a top speed of 170 mph.

Note, while only a handful of drivers will ever get behind the wheel of the insane Juke-R, the spirit of driving excitement is far more accessible through Nissan’s much tamer Juke Nismo, which is rated at 197 horsepower and goes on sale next year. Additionally, Nissan has announced that virtual versions of both the Juke-R and Juke Nismo will be featured in the upcoming mobile racing game Gameloft Asphalt 7: Heat, which will be available soon for download on iOS and Android smartphones and tablets.