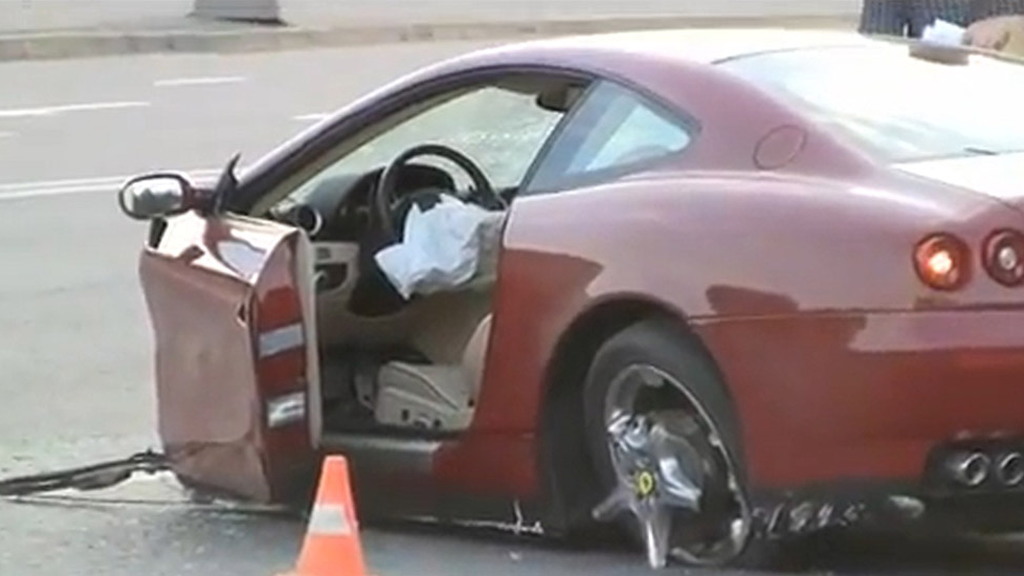 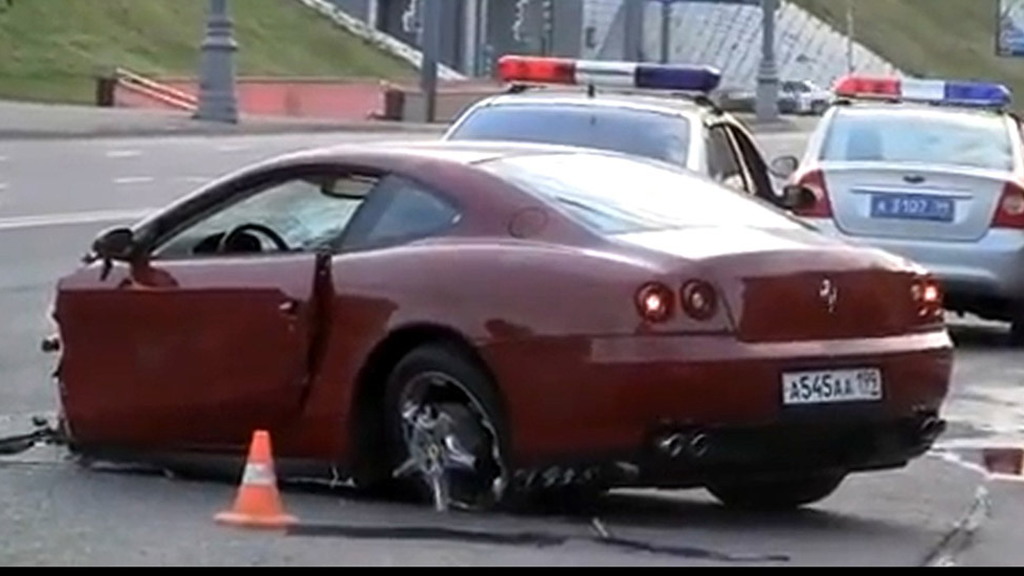 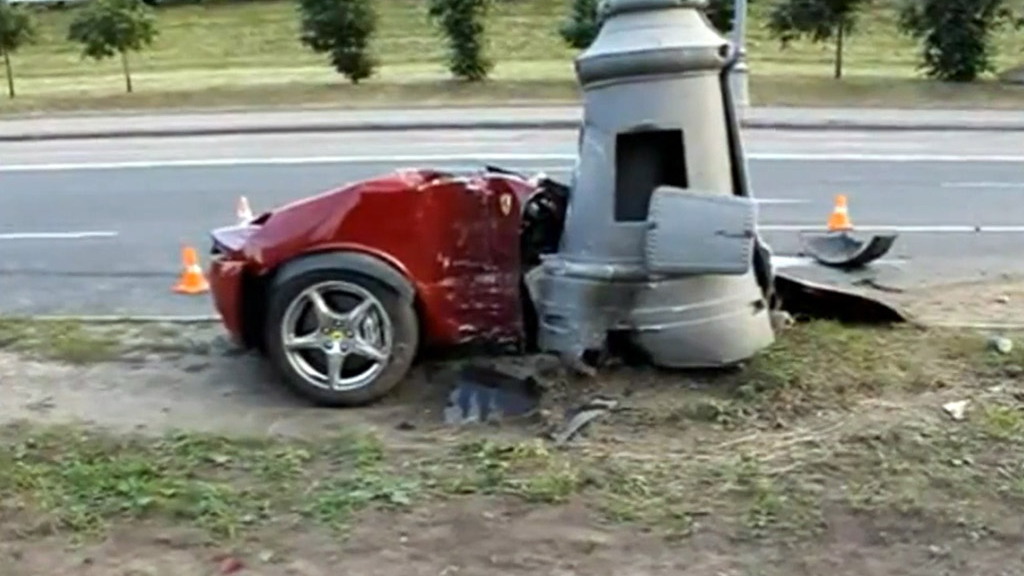 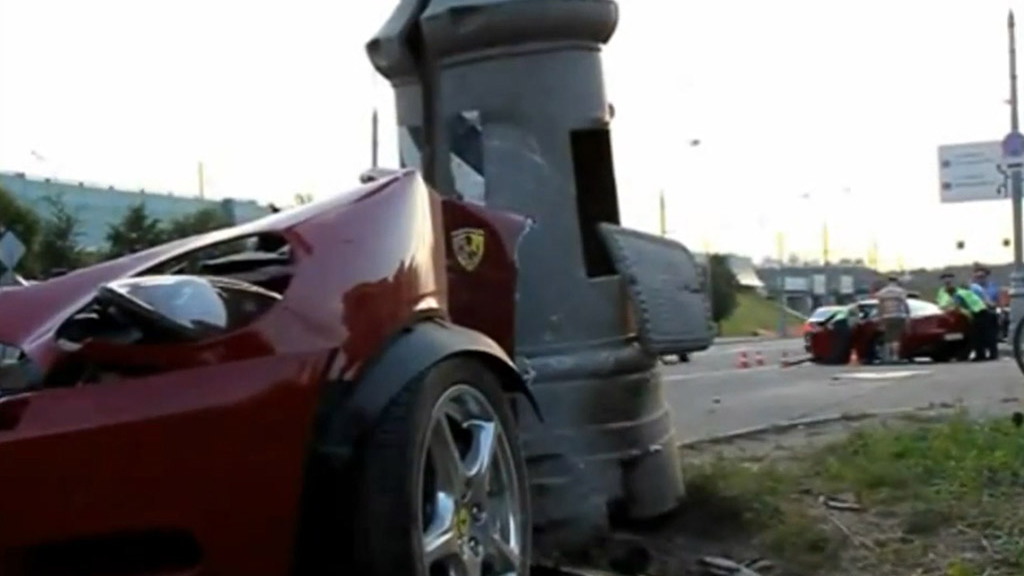 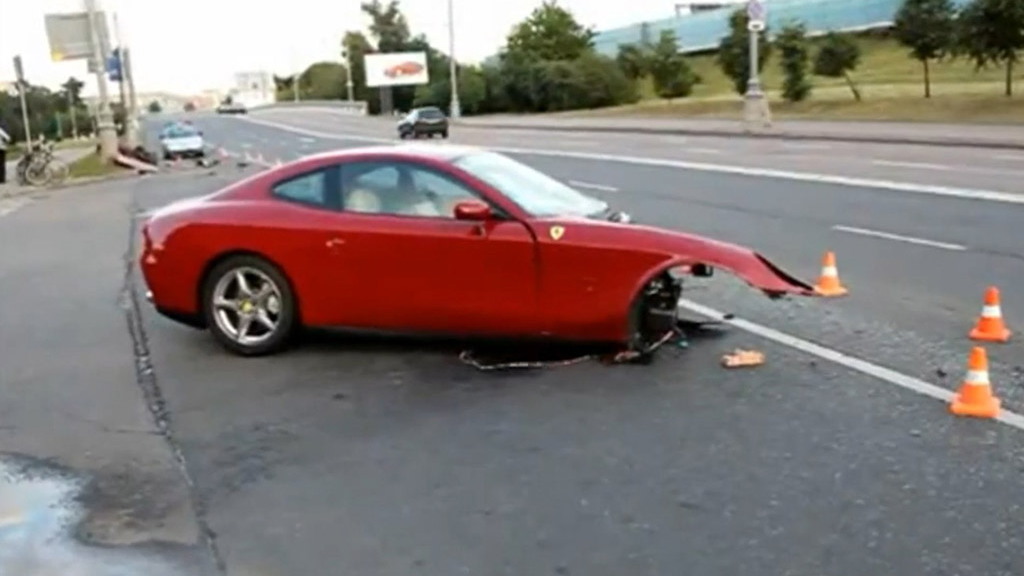 12
photos
The driver of this Ferrari 612 Scaglietti was lucky to walk away from a crash that literally tore his car apart.

He was driving the bright red supercar on a road in Moscow, Russia, earlier this month when he allegedly lost control and careened into a roadside pole.

The fact that the force of the impact managed to tear his Ferrari in two strongly suggests that speed was a factor.

As pointed out by Carscoop, which first picked up the video, the car’s V-12 engine and front section remained stuck to the pole while the rest of the body was slung to the side.

Despite the severity of the crash, which caused the airbags to deploy and rendered the car a write-off, the driver and three passengers he was carrying at the time escaped unscathed.

The 612 Scaglietti, which was replaced last year by the all-wheel drive FF, was Ferrari’s former flagship and came powered by a 5.7-liter V-12 delivering 532 horsepower and 434 pound-feet of torque.