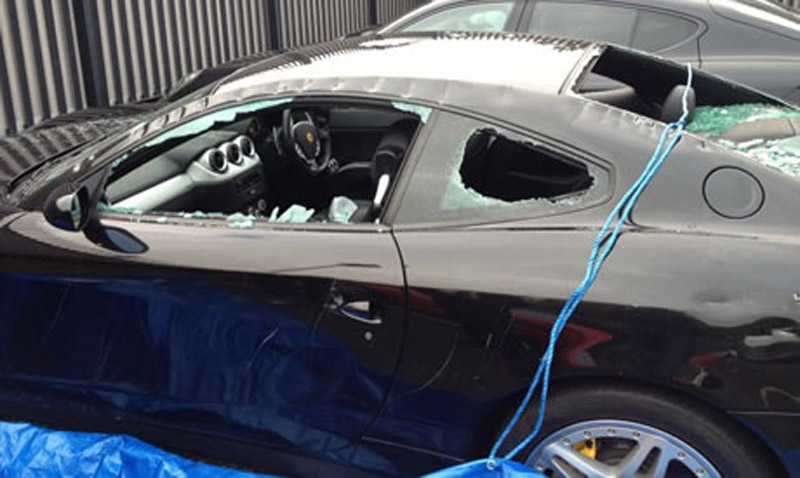 A man has taken an axe to an innocent Ferrari 612 Scaglietti parked in a workshop in Edinburgh, Scotland.

The owner of the V-12 powered supercar, a local property developer by the name of Rajinder Singh, left it with the workshop to have a faulty pump repaired last month.

Later that same month he received a phone call from employees at the workshop who gave him the grim news.

A security video showed a masked man cowardly attacking the car with an axe and then stabbing all of its tires with a knife before calmly walking away.

All the windows were smashed and the car’s sculpted aluminum body is now littered with dents from the axe attack.

Speaking with the Daily Record, Singh said, “No one would have known it was my car. The police say they have investigated, got no leads and say there’s nothing else they can do.”

The Ferrari 612 Scaglietti, before being replaced by the FF last year, was Ferrari’s flagship supercar at one point. Hopefully the sorry-looking example here can be repaired, though its owner fears the car will be a write-off.