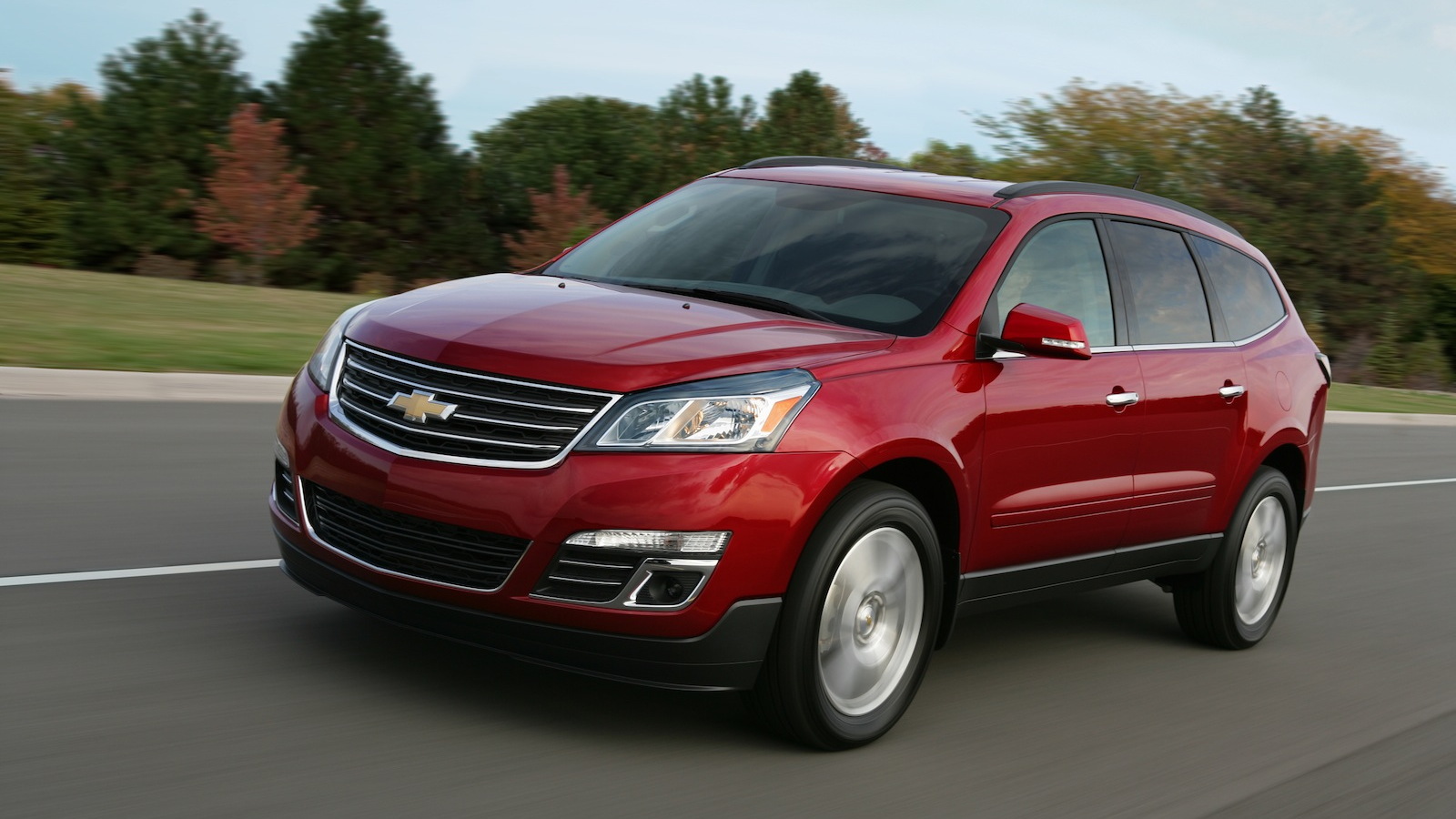 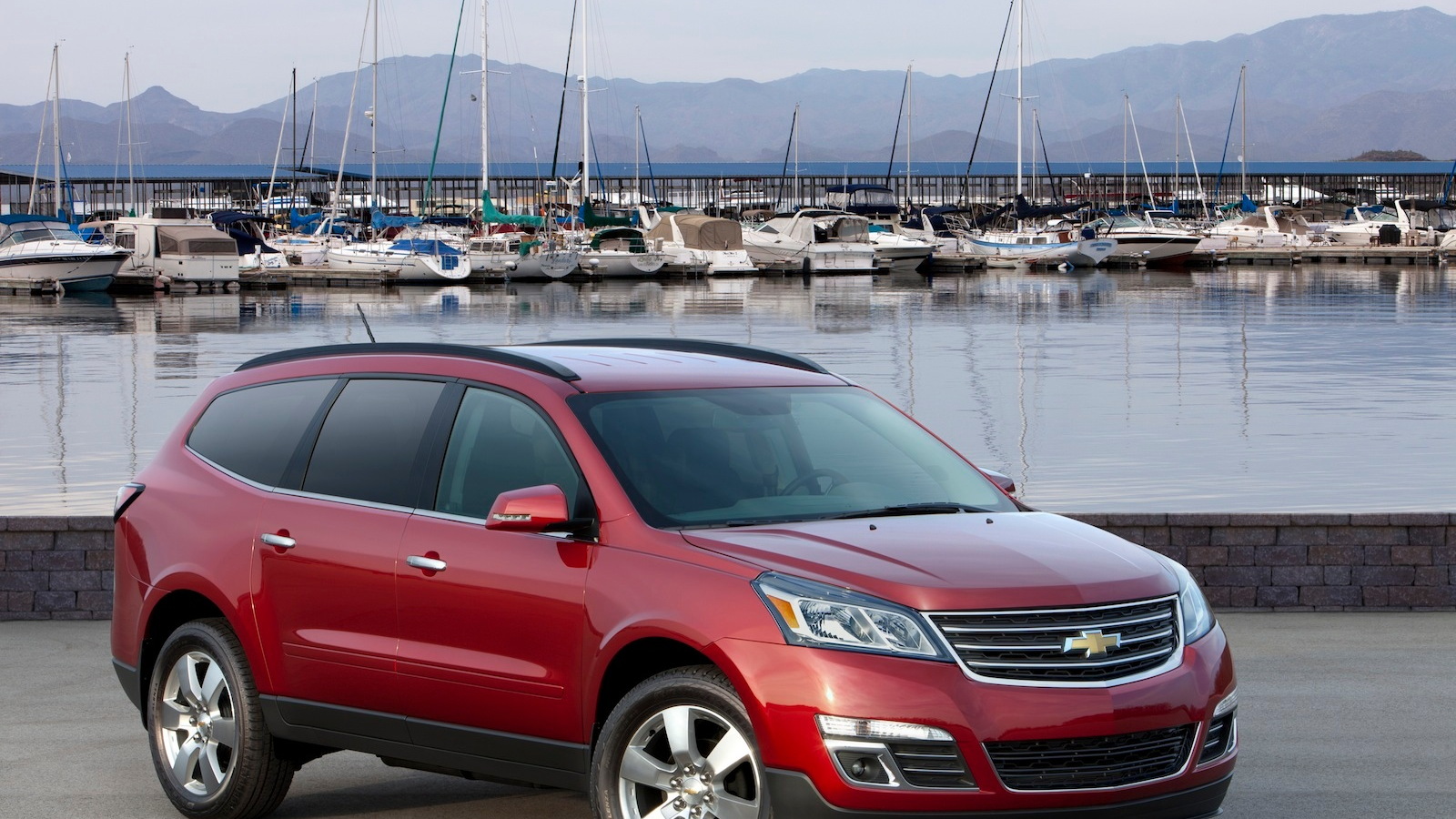 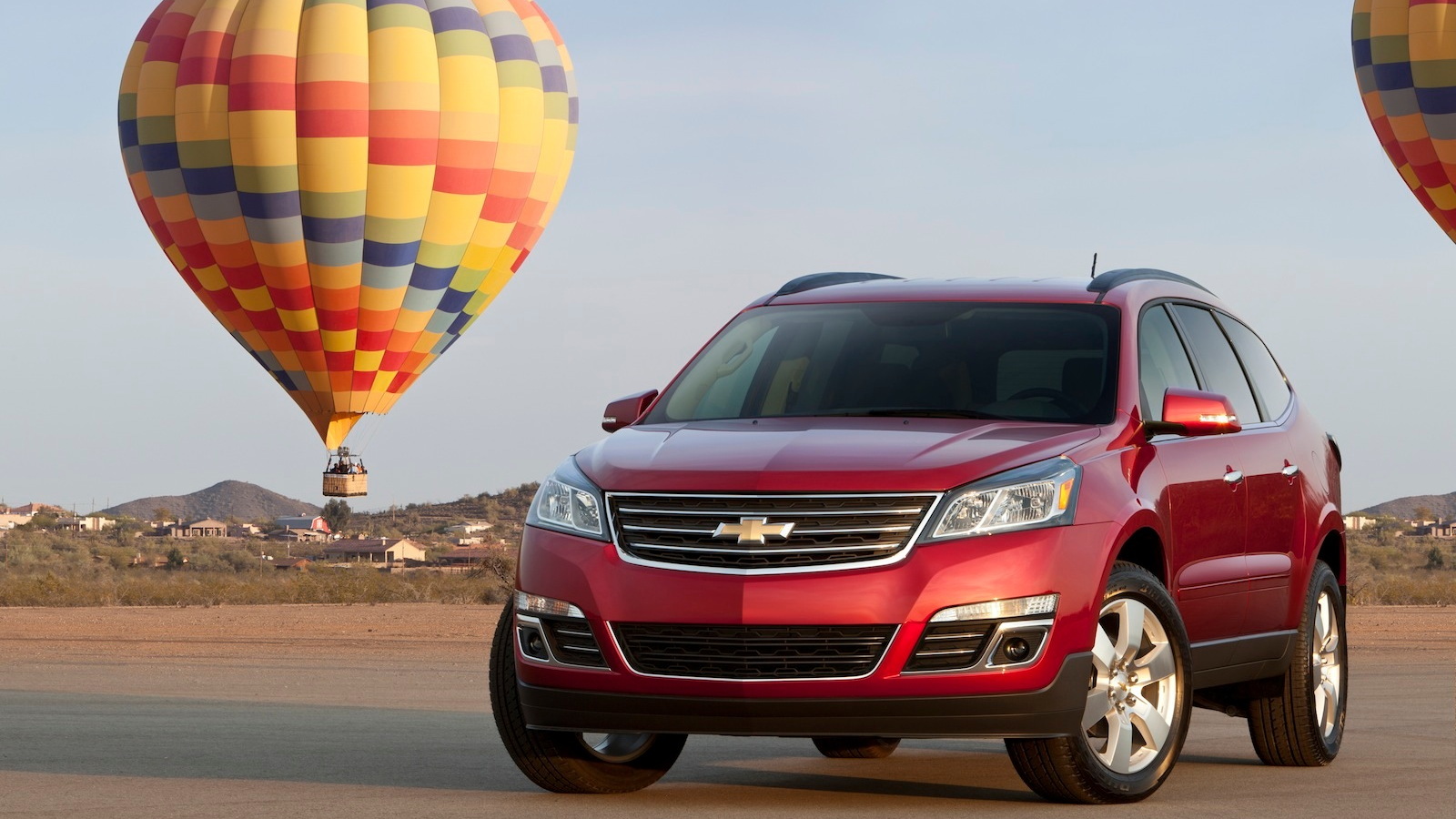 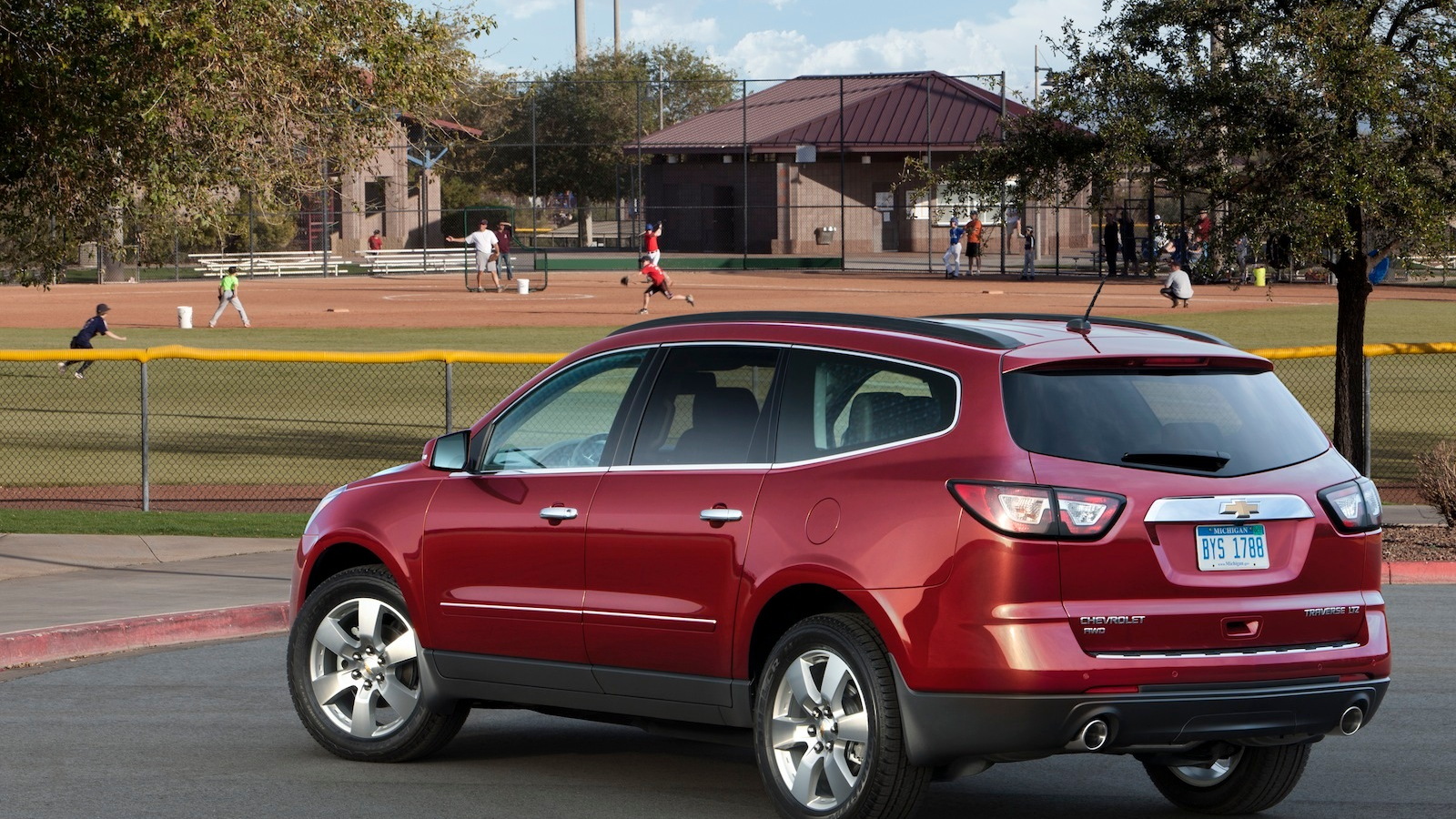 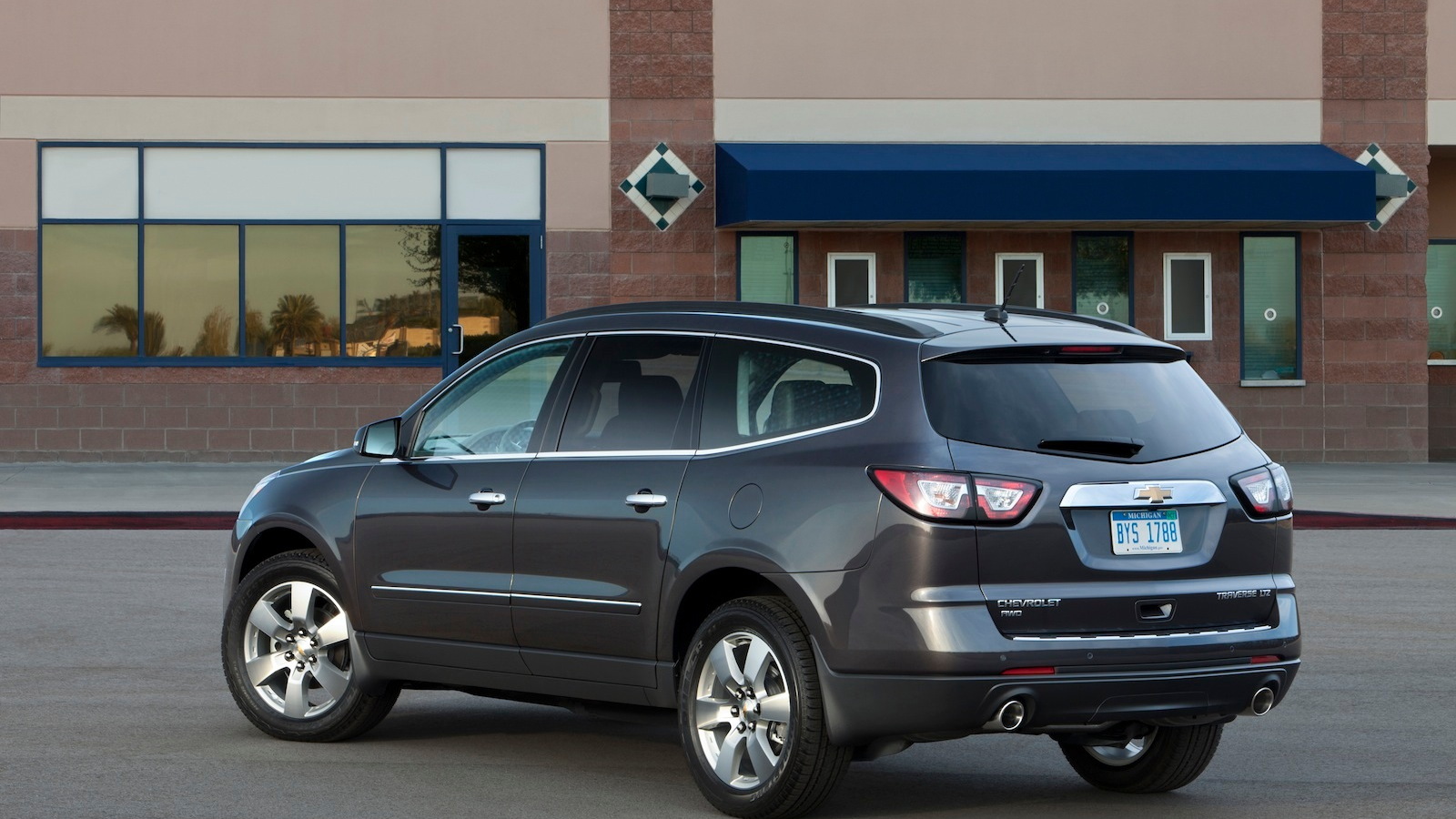 13
photos
Chevrolet has given its Traverse crossover a sharp new look as part of the model’s mid-cycle update.

The new look, Chevy says, will feature on more of its crossover and SUV models going into the future and is designed to make the vehicles more appealing by giving them a sharper and more athletic appearance.

Key features are the powerdome hood, three-bar upper and two-bar lower grille design, squarer lamps, chrome accents around the grille and fog lamps and sculpted front corners similar to those on the 2013 Malibu.

The updated Traverse goes on sale this fall as a 2013 model and not only brings new style but a revamped interior as well.

Space is the hallmark of the Traverse interior. With its class-leading spaciousness, comfortable and flexible seating for up to eight adults, and more cargo-carrying capacity than any other vehicle in its segment, the 2013 Chevrolet Traverse builds on these attributes by offering an interior with new features and refined appointments. Upgraded materials include soft-touch surfaces on the instrument panel and front door uppers, contrasting stitching, chrome and silver accents, and available blue ambient lighting.

Chevrolet boasts that the 2013 Traverse’s ride and handling has been improved thanks to the use of rebound springs in the front struts that increase roll control. New shock valving has also been employed for low-velocity control to deliver a smoother ride at lower speeds.

Safety is up too, with the 2013 Traverse benefiting from GM’s latest front-center airbag. Other safety features, either standard or available, include blind spot and cross traffic alert systems, rollover protection, a backup camera, electronic stability control, seatbelt pretensioners and OnStar connectivity. This latter feature uses GPS and cellular phone technology to automatically call for help in the event of a crash.

The 2013 Chevrolet Traverse makes its official debut next week at the 2012 New York Auto Show before going on sale later this year.