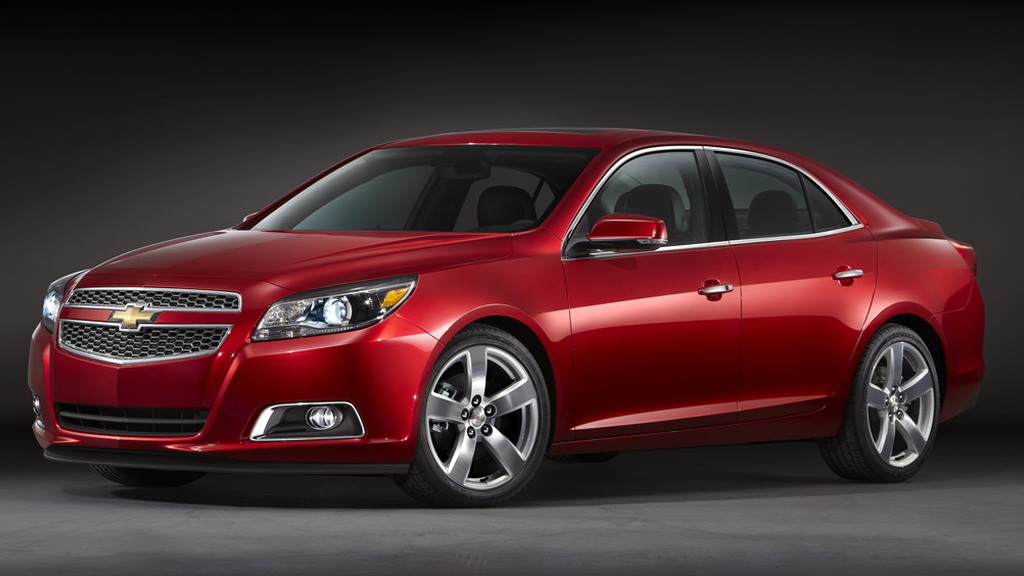 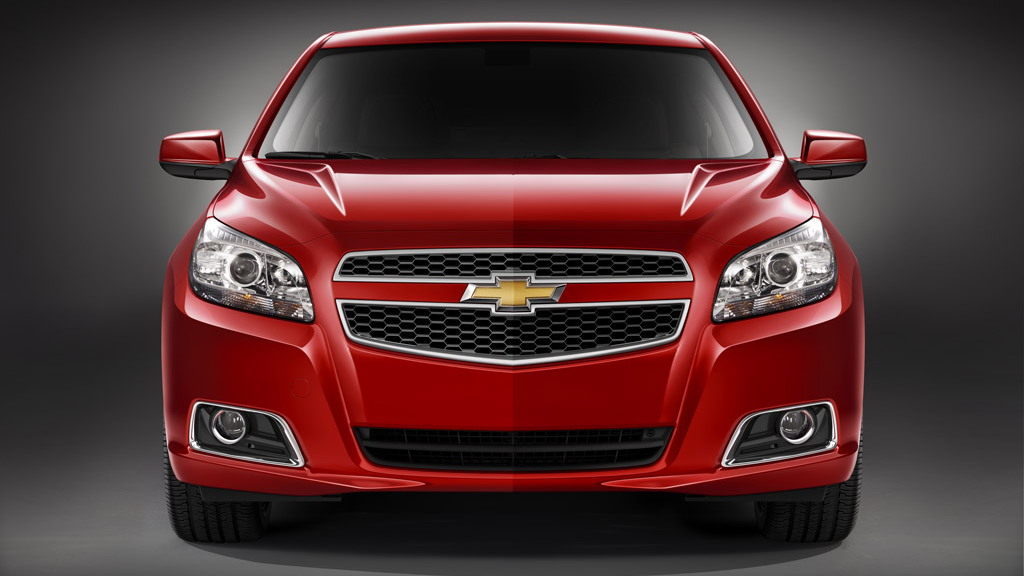 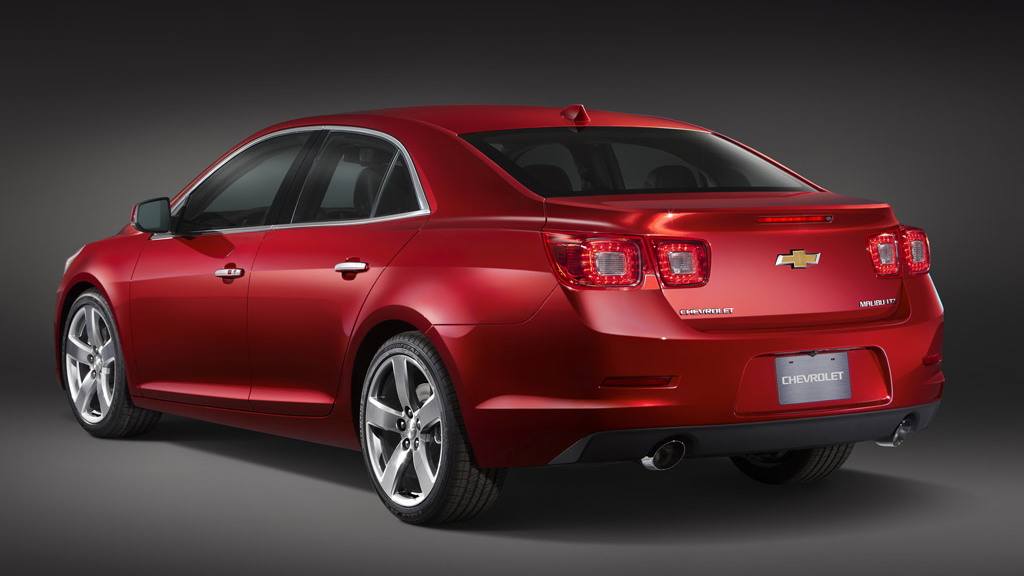 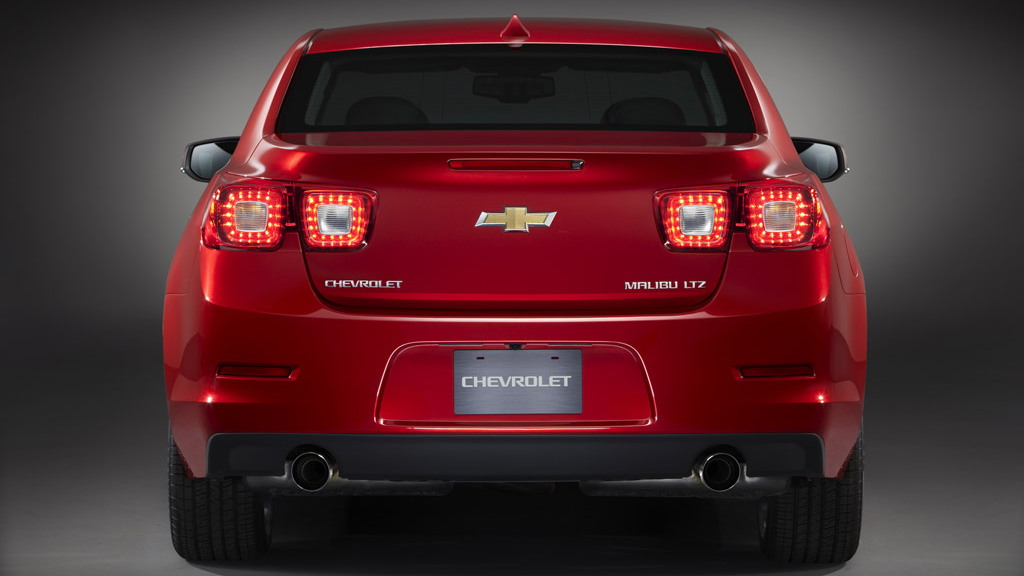 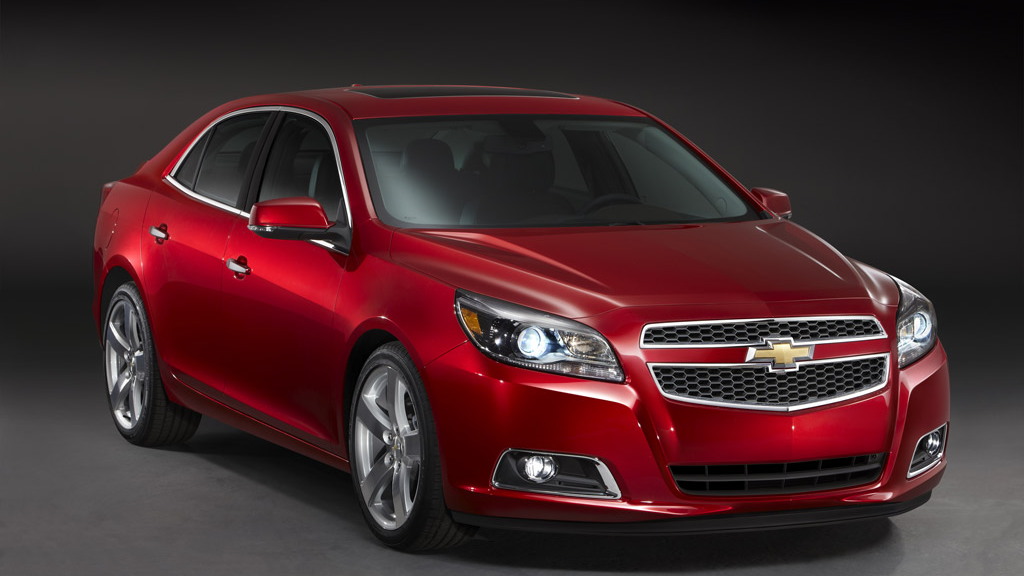 The 2013 Chevrolet Malibu, the first global version of the popular mid-size Chevy, has finally been revealed, first at the 2011 Shanghai Auto Show and just a day later at the 2011 New York Auto Show.

That’s right, the new Malibu will be a truly global model, sold in nearly 100 countries in six continents and providing customers from Shanghai to New York and Sydney to Sao Paulo with expressive design, advanced technologies, ride performance and a fuel-efficient powertrain.

For the 2013 redo, the Malibu is targeting the likes of the Hyundai Sonata, with only four-cylinder power. Its new 2.5-liter four-cylinder engine delivers 190 horsepower and 180 pound-feet of torque through a six-speed automatic transmission.

A lighter curb weight, less internal friction in the drivetrain and fuel saving electric power steering should all ensure that this new model is more fuel efficient than the one it replaces.

The repositioning as a global model also means more compact dimensions. The new Malibu is 4.5 inches smaller in wheelbase at 107.8 inches, and it's 191.3 inches long--but an inch wider, which repackages the rear-seat space and still leaves the car with the same interior volume as the Sonata.

Despite the smaller stature, Chevy claims there’s more shoulder and hip room front and back, as well as a larger 16.3 cubic-feet trunk.

And that flip-up audio system? It hides one of the new cubbies tucked into the Malibu's interior trim. The LCD screen cloaks a deep, illuminated bin that's bound to be a favorite hiding space for iPhones and other things better hidden from thieves.

Malibu’s active shutter system automatically closes airflow through the lower intake opening when air intake is least needed. When closed, the shutter system enhances aerodynamic performance by redirecting airflow around the front of the vehicle and down the sides, rather than through it. Whether the shutter is open or closed depends on engine coolant temperature and speed--for example, the shutters open when the car is traveling up a hill, pulling a trailer, or in hot city driving; the shutters close at highway speeds when less engine cooling is required.

The story doesn't end there, however. While the latest Malibu doesn't offer a V-6 option,it may be the next GM product to offer a new mild-hybrid system that's been dubbed eAssist, as it's applied to the Buick LaCrosse. Expect an announcement in the very near future.

The new 2013 Chevrolet Malibu is scheduled to go on sale in the first half of next year. In the meantime, click here to stay up to date on our full coverage of the 2011 New York Auto Show.