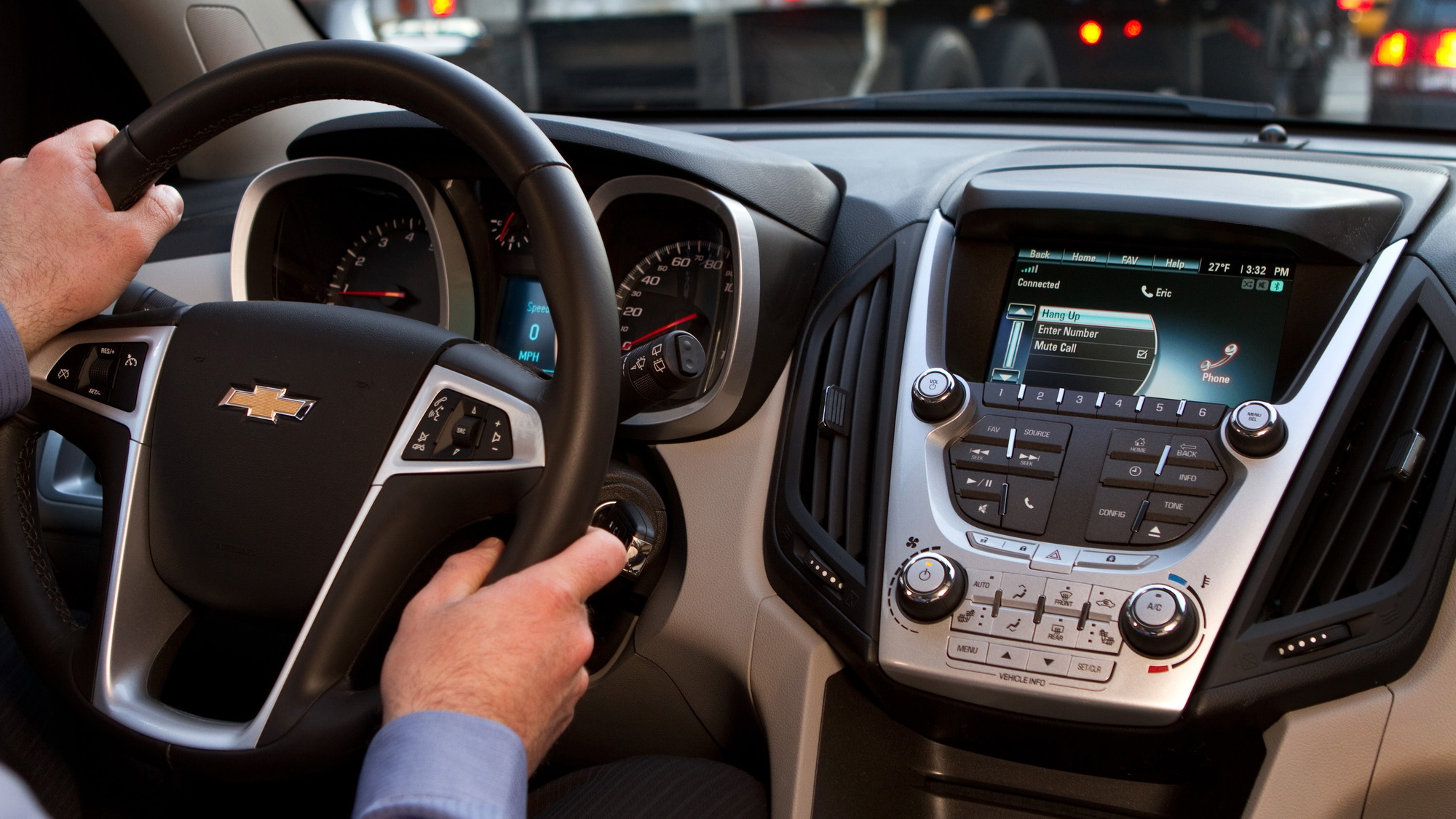 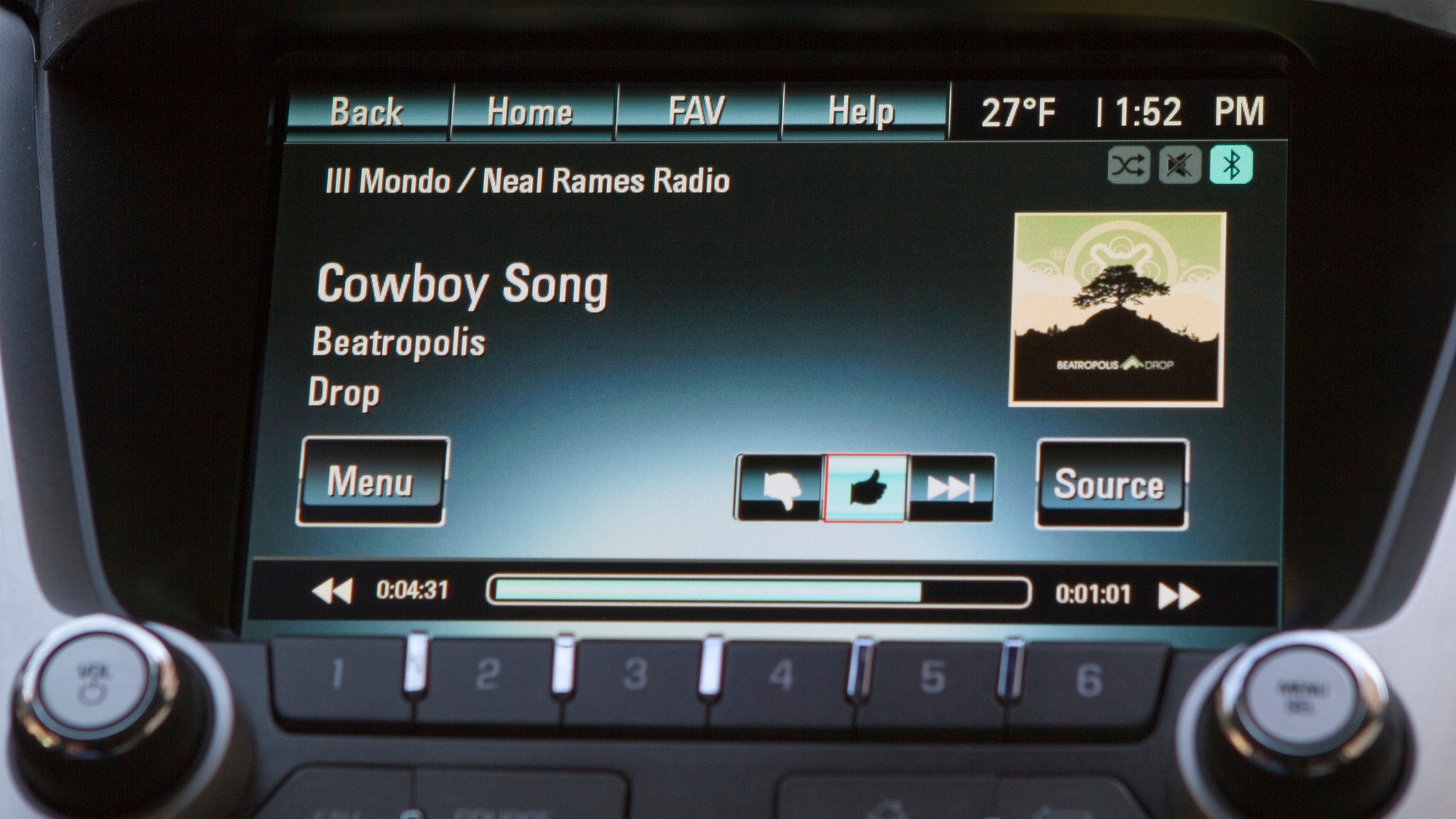 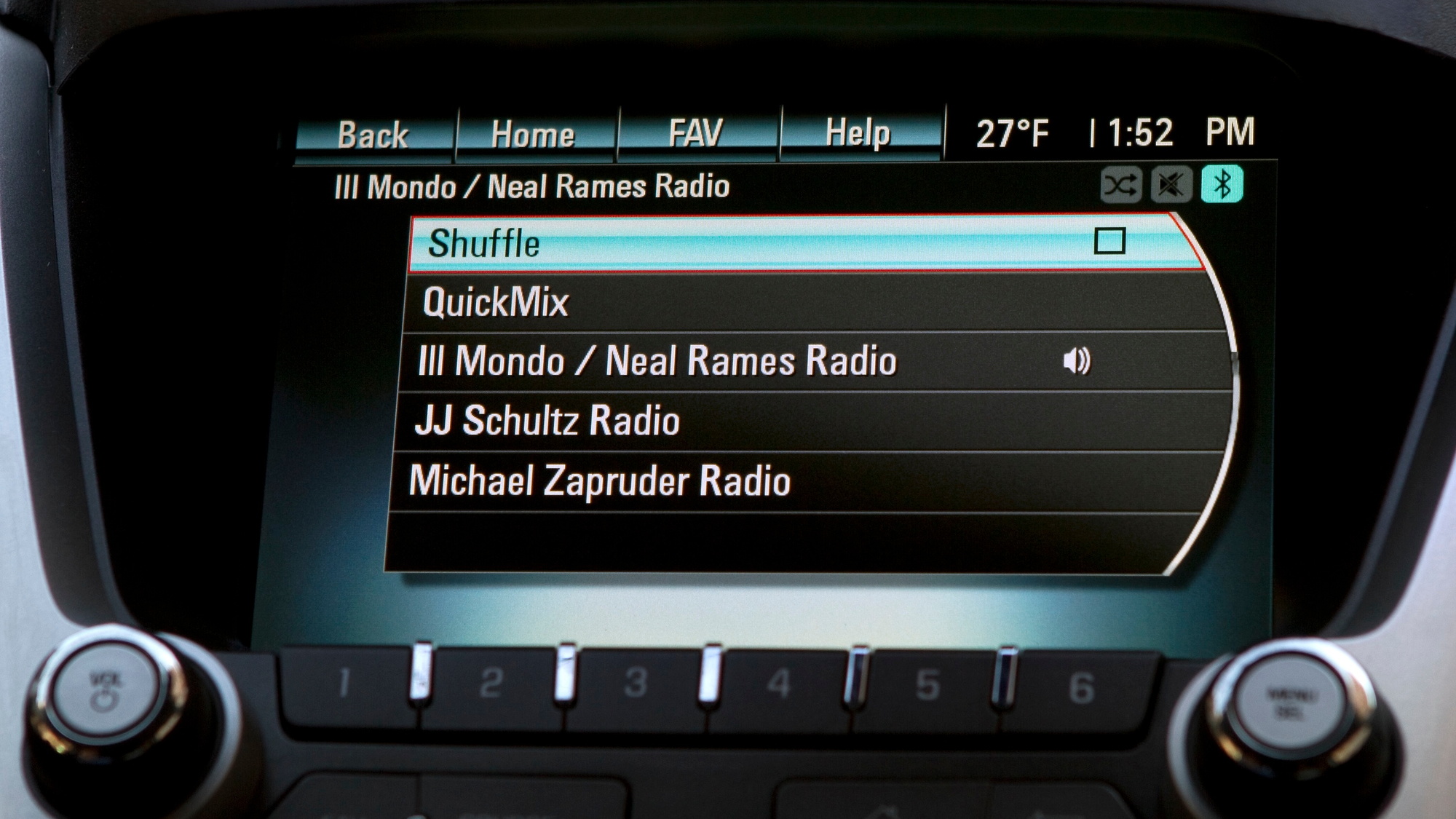 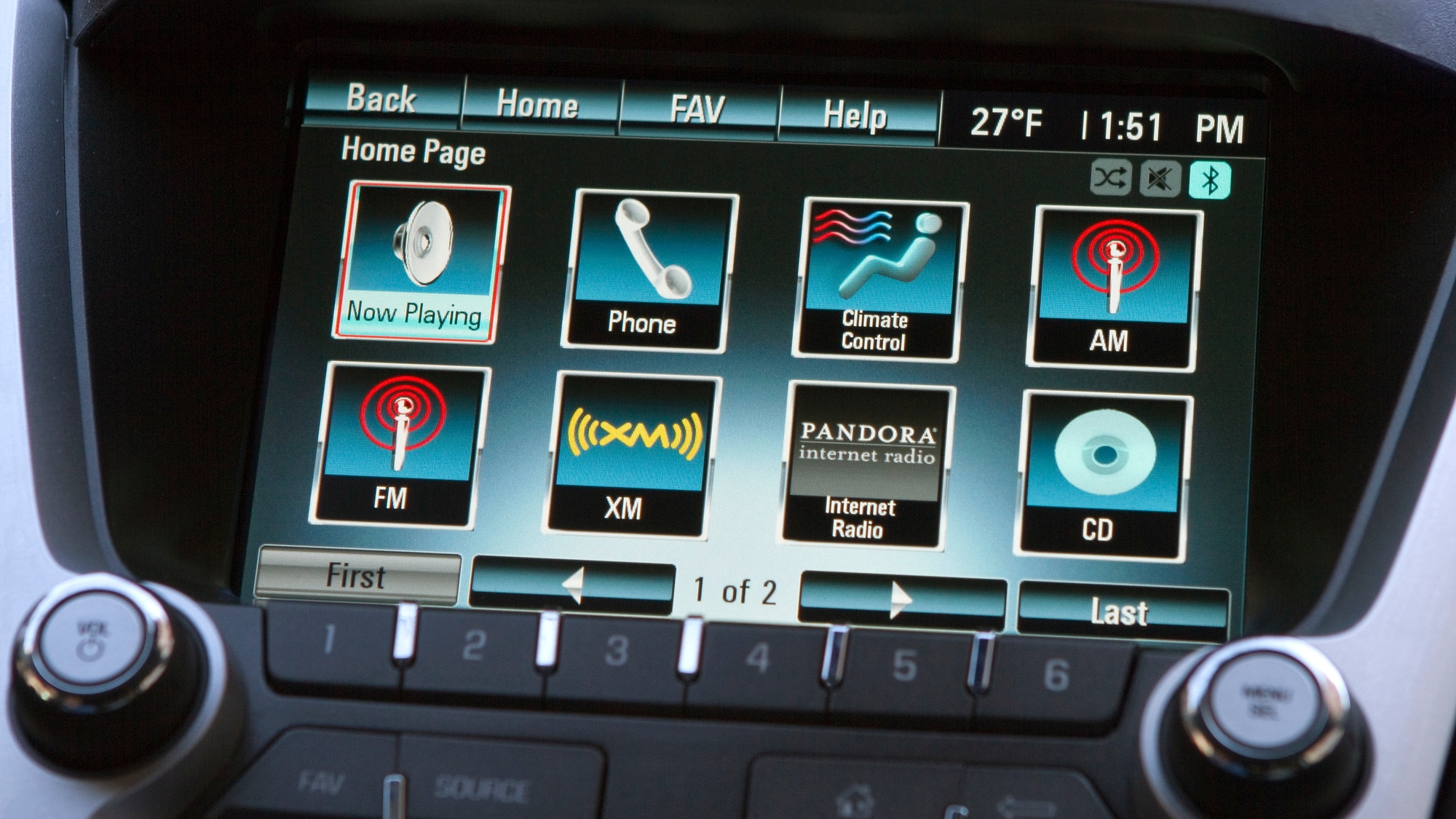 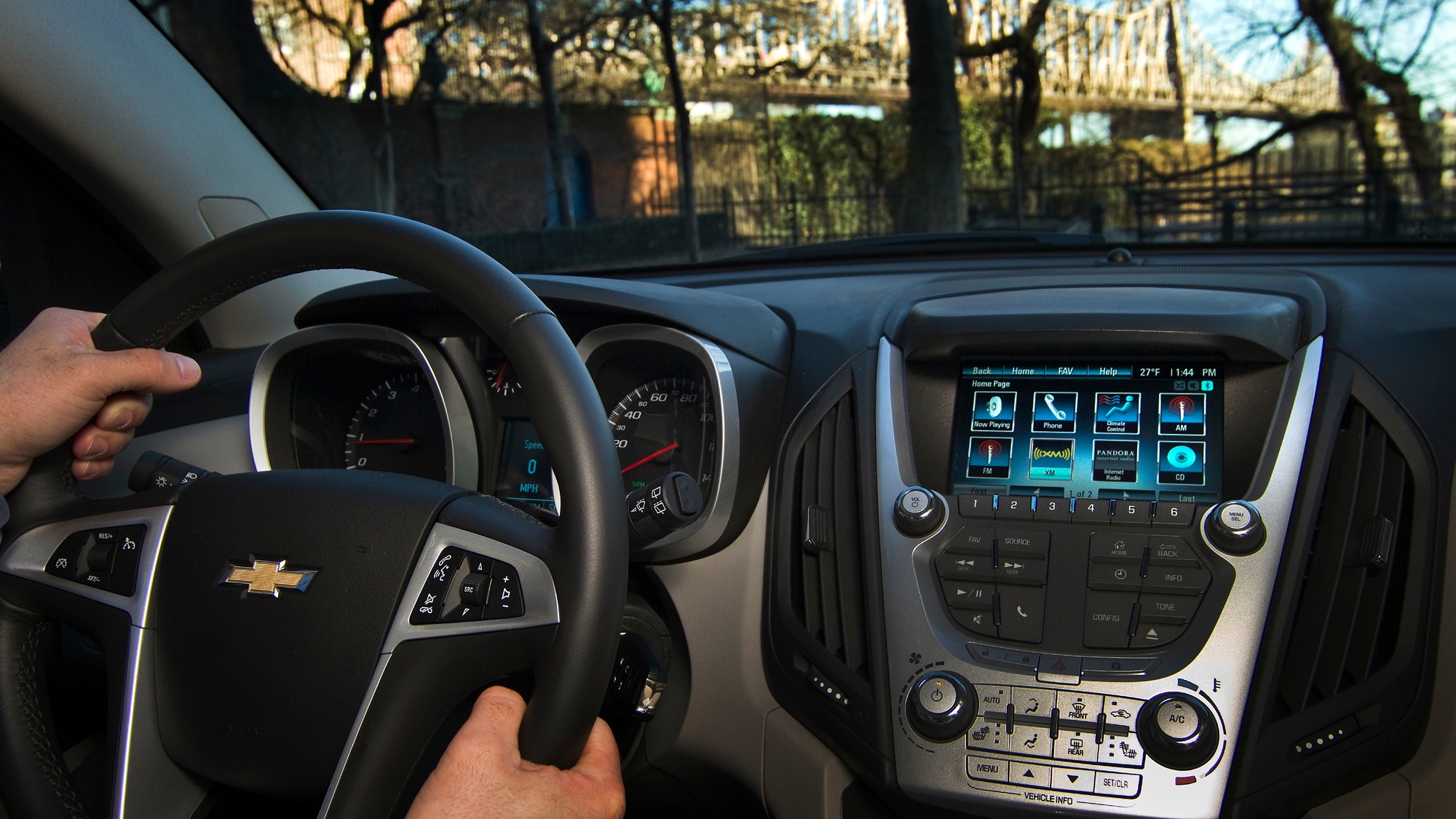 While Chevrolet has provided integration for portable media devices like Apple iPods in some models since 2006, as well as hands-free calling via Bluetooth, MyLink adds audio streaming and wireless control of smart phones.

The 7-inch color touch-screen display not only lets the driver control infotainment devices and other vehicle functions--like climate control--but also shows album-cover art via Gracenote, specific background graphic for each channel offered by the Sirius Satellite Radio, and other associated graphics.

GM's vice president for global product engineering, Karl Stracke, called Chevrolet MyLink "the next logical step for in-vehicle connectivity." It allows the car to become a "smart phone on wheels," in the words of the press release, by utilizing the mobile broadband capability of 3G smart phones.

Not all smart phone apps can be used with MyLink. Chevrolet first has to validate them to ensure they are safe to use while a vehicle is in motion. Chevrolet will set up its own app store, from which MyLink users can download the approved apps, for free. 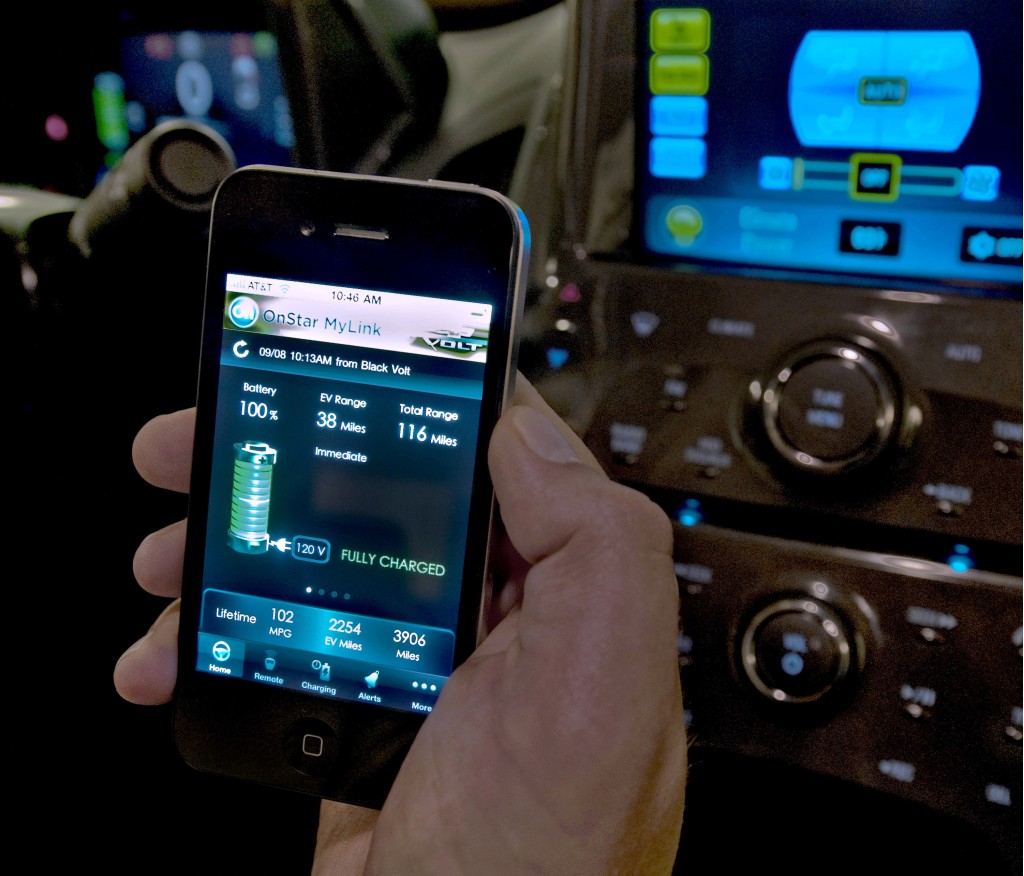 With the MyLink system offering voice control of smart phone apps, drivers will now be able to get turn-by-turn driving directions from online services like Google Maps.

That is, in effect, a fully automated replacement for the Onstar "blue button" that calls a human advisor, who then downloads turn-by-turn instructions into the vehicle's navigation or audio system.

Asked how Onstar and MyLink interacted or conflicted, GM head of infotainment engineering Micky Bly noted that Onstar had 15 years of interpreting and understanding spoken commands.

It worked with Nuance, he said, to provide what GM considers to be much better and more reliable voice identification than "the other guys" who provide similar services with some of the same partners.

That, clearly, was a reference to Ford's much-lauded Sync system, now expanded for 2011 into the MyFordTouch system that also allows voice and touch-screen control of audio, entertainment devices, phone calls, and vehicle systems.

"Onstar will always be about safety or security," Bly continued. "It includes first-alert services, and navigation or telematics sourcing of information into the vehicle." He also noted that Onstar plans to introduce a voice-activated Facebook update service.

The risk of demos

That would seem to us to be an obvious app for Chevy MyLink. So color us slightly confused about the lines between the Onstar service--with its built-in cellular connectivity--and the smart phone integration and mobile apps provided via MyLink.

Not, unfortunately, that a live, real-time demonstration of voice recognition showed off the system in the best light.

In the high-ceilinged, cavernous TV studio where Chevrolet held a press preview today ahead of the launch, which took place tonight on the Engadget Show, the voice recognition essentially couldn't understand Bly's commands--at one point apparently interpreting "Play artist Douglas Kay" as a request for the nearest Ikea store. 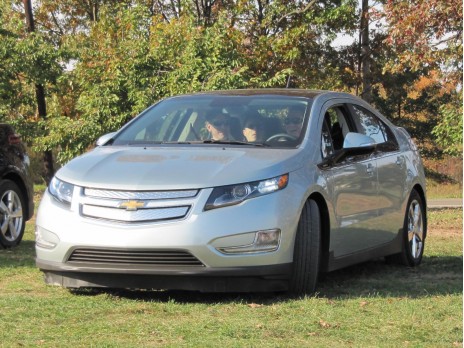 To be fair, the acoustically engineered interior of an automobile offers a much more predictable set of background noises and reverberations for the voice interpretation system to contend with.

The first two Chevrolet models to offer the MyLink system will be the Volt extended-range electric vehicle and the Equinox compact crossover. Other vehicles will be added starting next year, and additional functions are likely to be announced even before that. 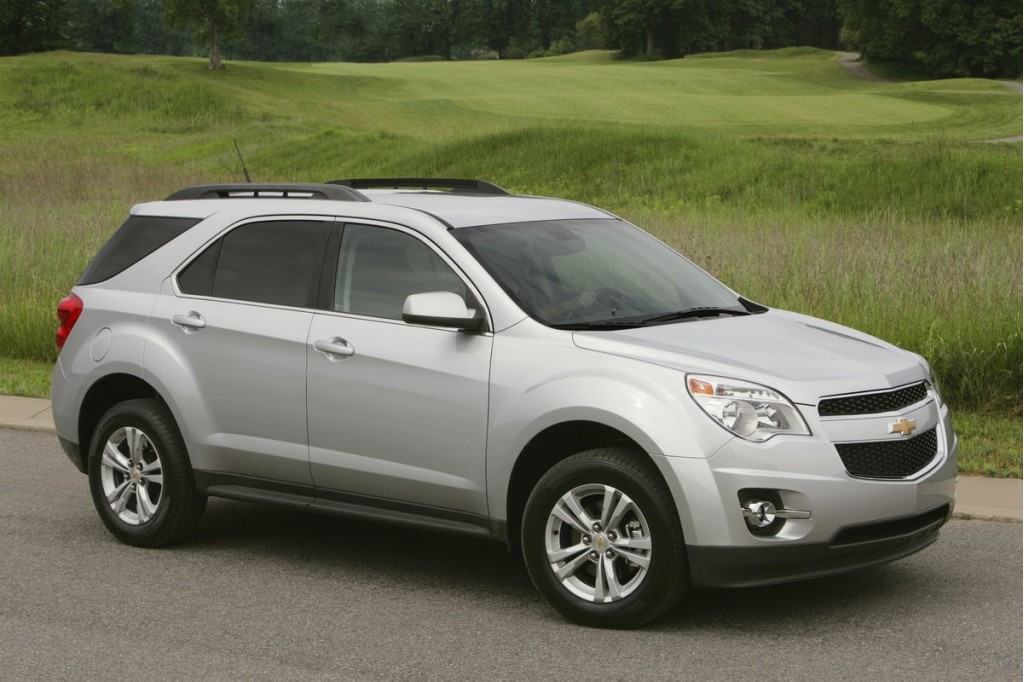 The MyLink brand will be unique to Chevrolet, though GM executives promised that GM's other makes--Cadillac, Buick, and GMC--would introduce essentially the same technology under their own branding.

The implementations may vary from brand to brand, said Bly, with different colors, graphics, and fonts. He suggested that older, more affluent Buick owners might be interested in a different set of online apps than younger, more digital Chevrolet buyers.