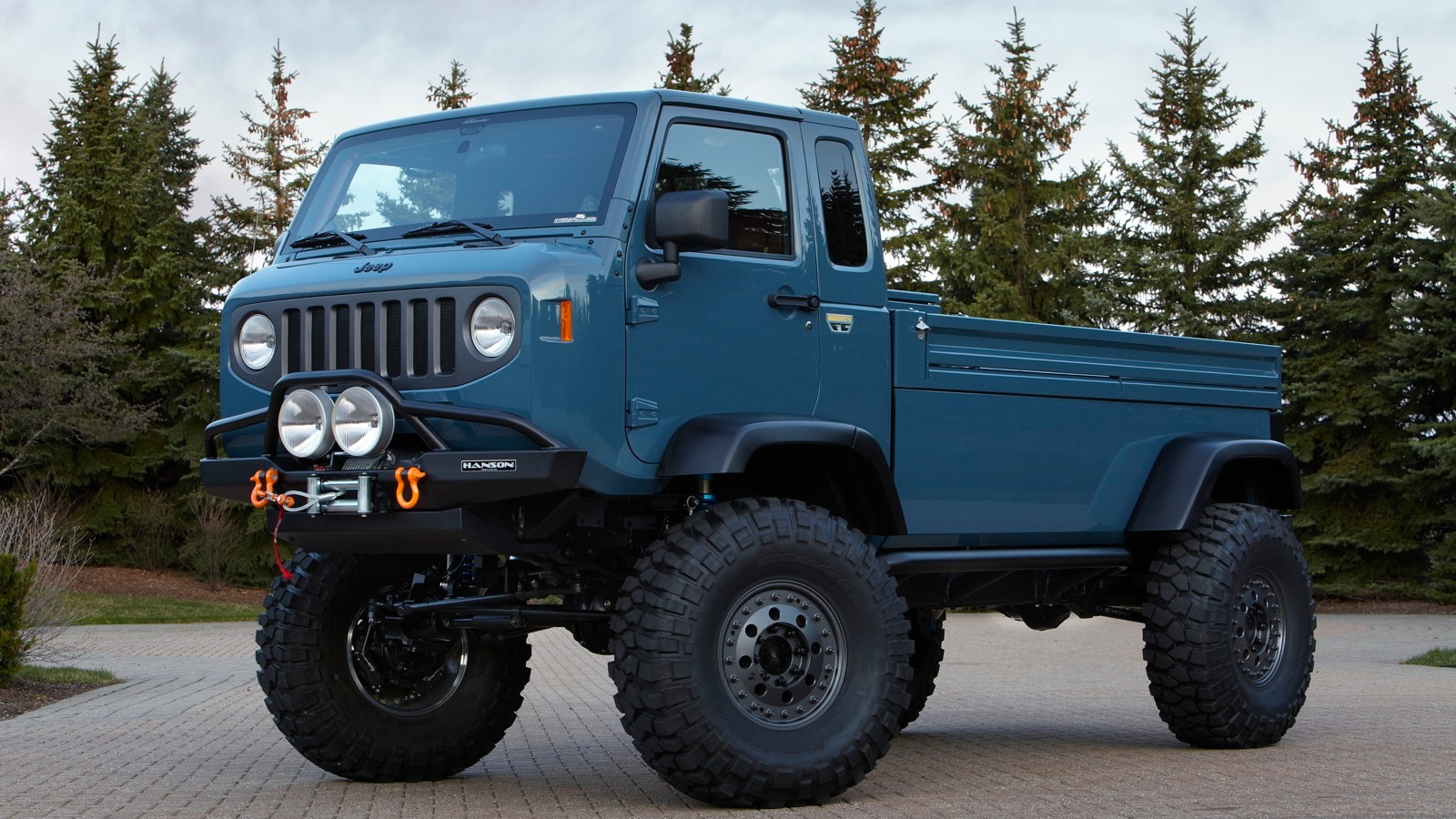 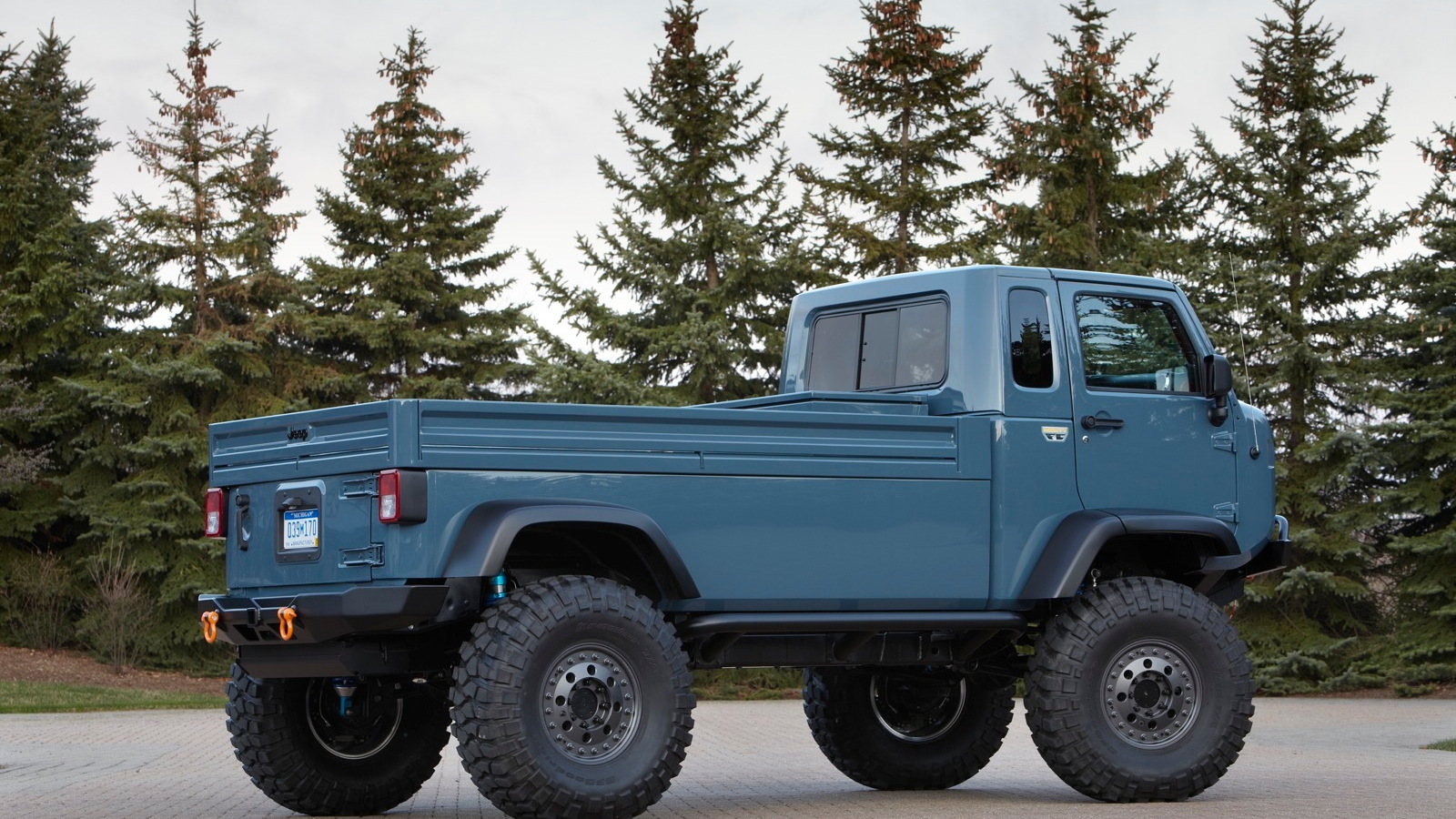 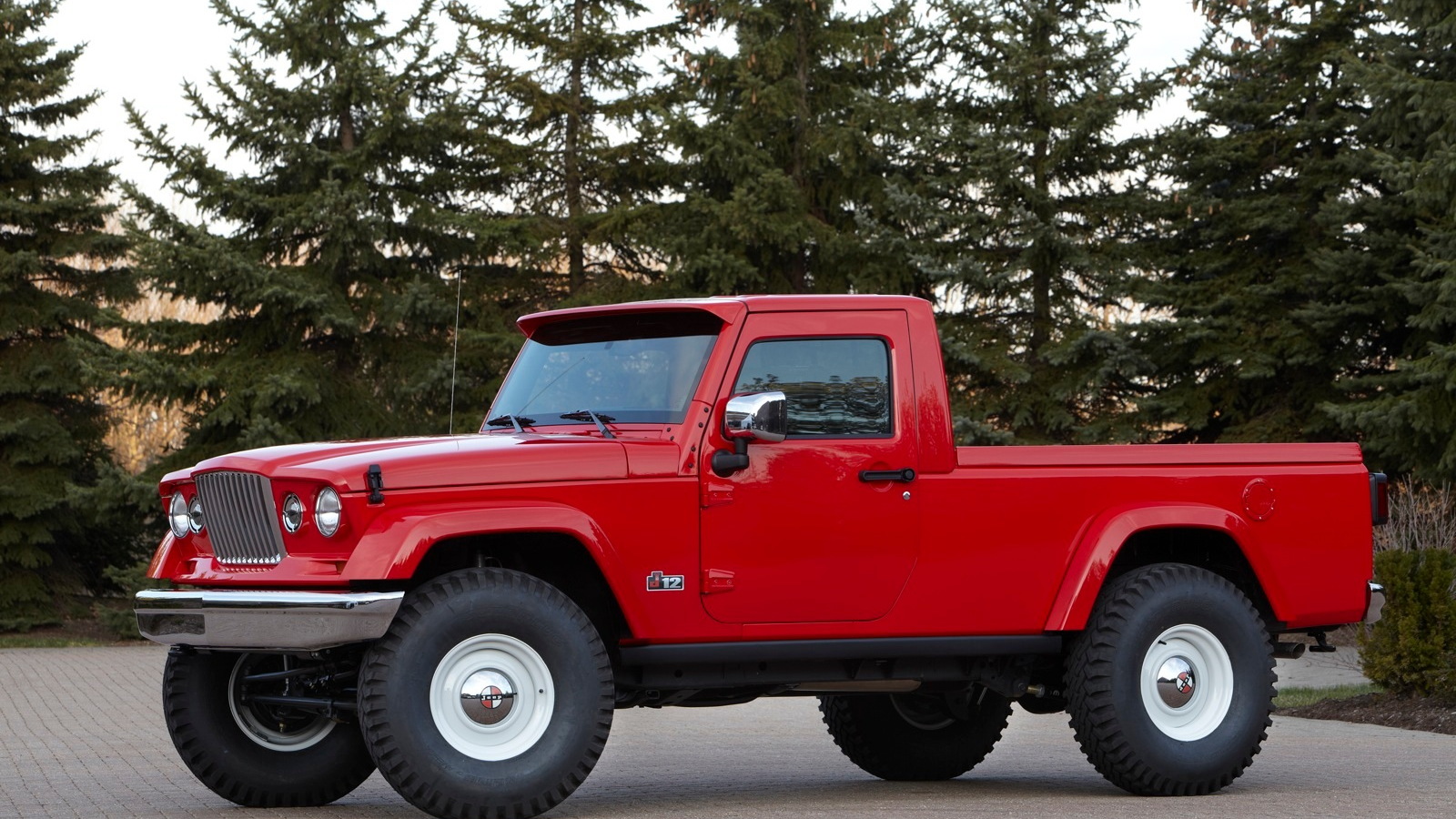 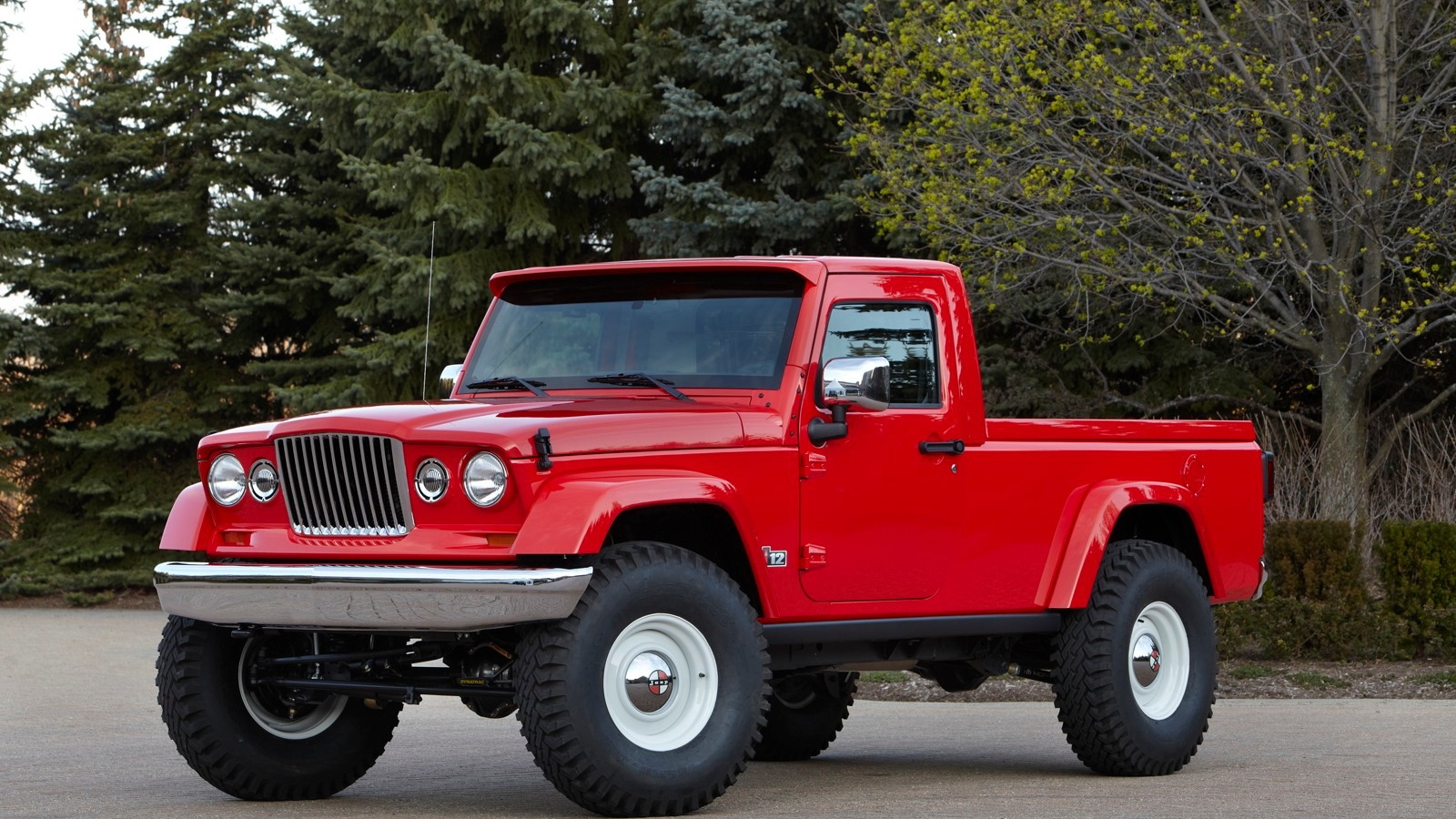 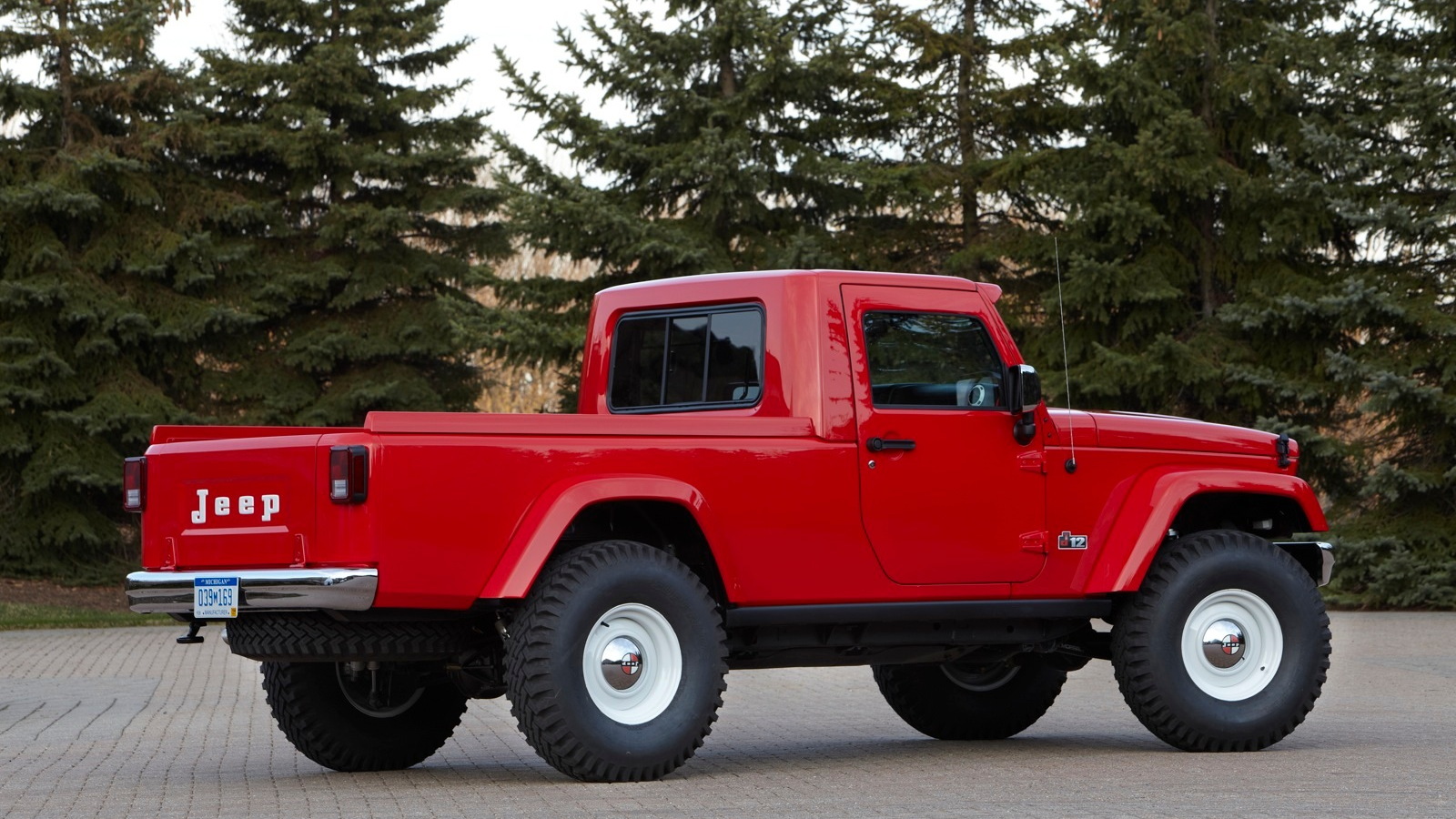 20
photos
Last week we brought you teaser images of three concepts that Jeep would be bringing to this year’s Moab Easter Jeep Safari. This week, Jeep and Mopar have teamed up to reveal an additional three concepts, as well as details on the concepts shown last week.

The winner from last week, in our opinion anyway, was Jeep’s Mighty FC Concept. Named for the Jeep “Forward Control” models built from 1956 to 1965, this cabover concept keeps overall length down (for off-road maneuverability) while retaining a full-length cargo area with a drop-side bed.

The Mighty FC Concept is based on a 2012 Wrangler Rubicon with a stretched wheelbase and a cab positioned over and ahead of the front axle. Off-road ability is enhanced by Mopar’s Portal Axle set, King coil-over shocks, a Warn winch and 40-inch off-road tires.

The Wrangler Apache features a conversion kit that will allow owners of late model Wranglers to drop-in Chrysler’s 6.4-liter HEMI V-8. Chrysler’s five-speed automatic gearbox is the only one capable of taking the engine’s torque and it sounds like the kit is rear-drive only. If you can live with those caveats, Mopar will have it to market this summer.

Jeep’s J-12 Concept is an extended version of last year’s JK-8 pickup conversion kit. Based on a 2012 Wrangler Unlimited, the frame is stretched by 18 inches to give a full six-foot cargo box. The front end was redesigned to look like the Jeep Gladiator trucks of old, and the cabin has been downgraded to reflect a work truck theme.

The newly-pictured 2012 Jeep Wrangler Traildozer Concept, built in conjunction with American Expedition Vehicles, starts off with a 6.4-liter HEMI powering all four wheels via a six-speed manual gearbox. To boost off-road capability, the rig gets a 3.5-inch lift, a Warn winch and 37-inch Mickey Thompson Baja Claw tires.

Finally, the new “Mopar Accessorized Jeep Wrangler” is a rolling catalog for the Jeep bits and pieces available at your local dealer. Last we checked, Mopar had some 250 accessory items available just for the Wrangler, allowing owners to build a truly one-of-a-kind rig that suits their needs and style.

Look for more images of these six concepts as we get closer to this year’s Moab Easter Jeep Safari.